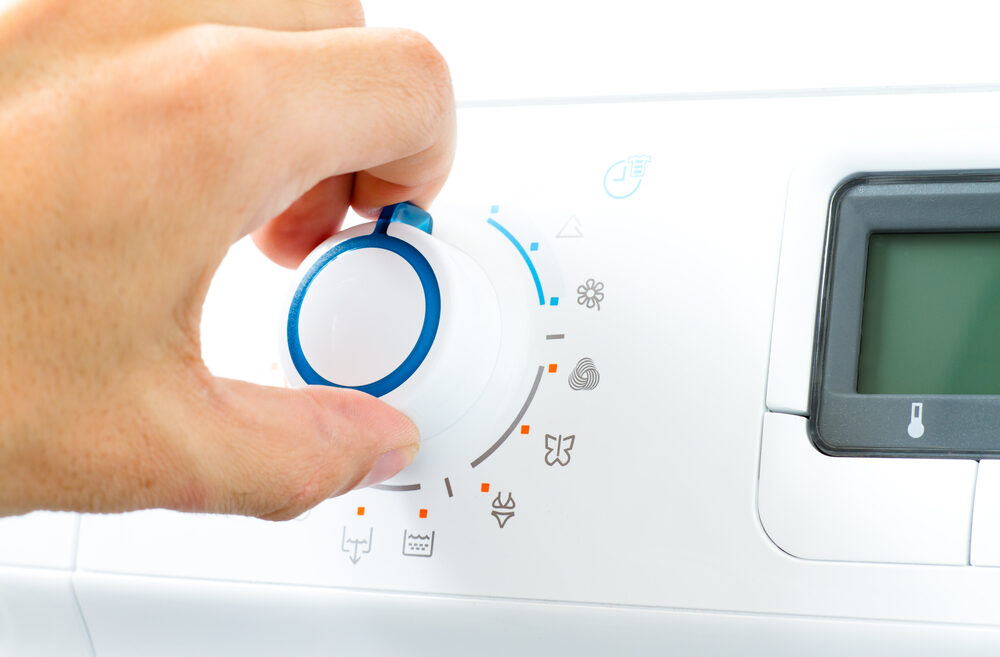 Image by MasterPhoto via Shutterstock.com

If you’re shopping for a state-of-the-art appliance – say, a new vacuum cleaner – chances are that it will be connected to the Internet and controllable from a smartphone app.

“Five years ago, you’d bring your new vacuum cleaner home and a postcard would fall out of the box with a warranty card that you’d probably never send in. That was the only touchpoint you’d have with the company,” Zvi Frank, CEO of Israeli startup Copilot tells ISRAEL21c.

Today, that postcard will more likely prompt you to download an app to your phone, which will provide a step-by-step tutorial on how to use your connected vacuum cleaner.

The app will explain the features of the appliance, show you how to use the attachments and alert you when the bag is full or the filters need changing. This kind of communication is what Herzliya-based Copilot specializes in. While the appliance manufacturer builds in the Wi-Fi and Internet connection, Copilot designs and structures how the content provided by the manufacturer is communicated.

A range of consumer appliances can benefit from Copilot’s service: devices such as wearables that can’t even be turned on without a digital interface, devices controlled mainly by an app, and dual-use devices with both a digital and physical interface.

With connected vacuum cleaners, you won’t need the digital interface except for more sophisticated actions. For example, a Roomba-type cleaner crawls on the floor. You can just turn it on, or program it via an app to start operating before you come home.

“Try telling a machine to do that just by pushing buttons!” Frank says. (We remember well – it was called programming a VCR!)

Copilot gets involved in several parts of the process. The first is what Frank calls “the onboarding chasm.”

That’s where you need to pair your new Internet-connected appliance with your phone. “You’d be surprised how many people never get past this point,” Frank says.

When Copilot’s software detects that a new appliance owner has tried and failed, “we have a whole sequence of communications that go out.”

For example, you may get a message that says, “We noticed you had a problem, maybe you’d like to try this or that.”

“We can push a message by email or send a video. We can offer to call the customer. That results in a good user experience rather than a returned product.” 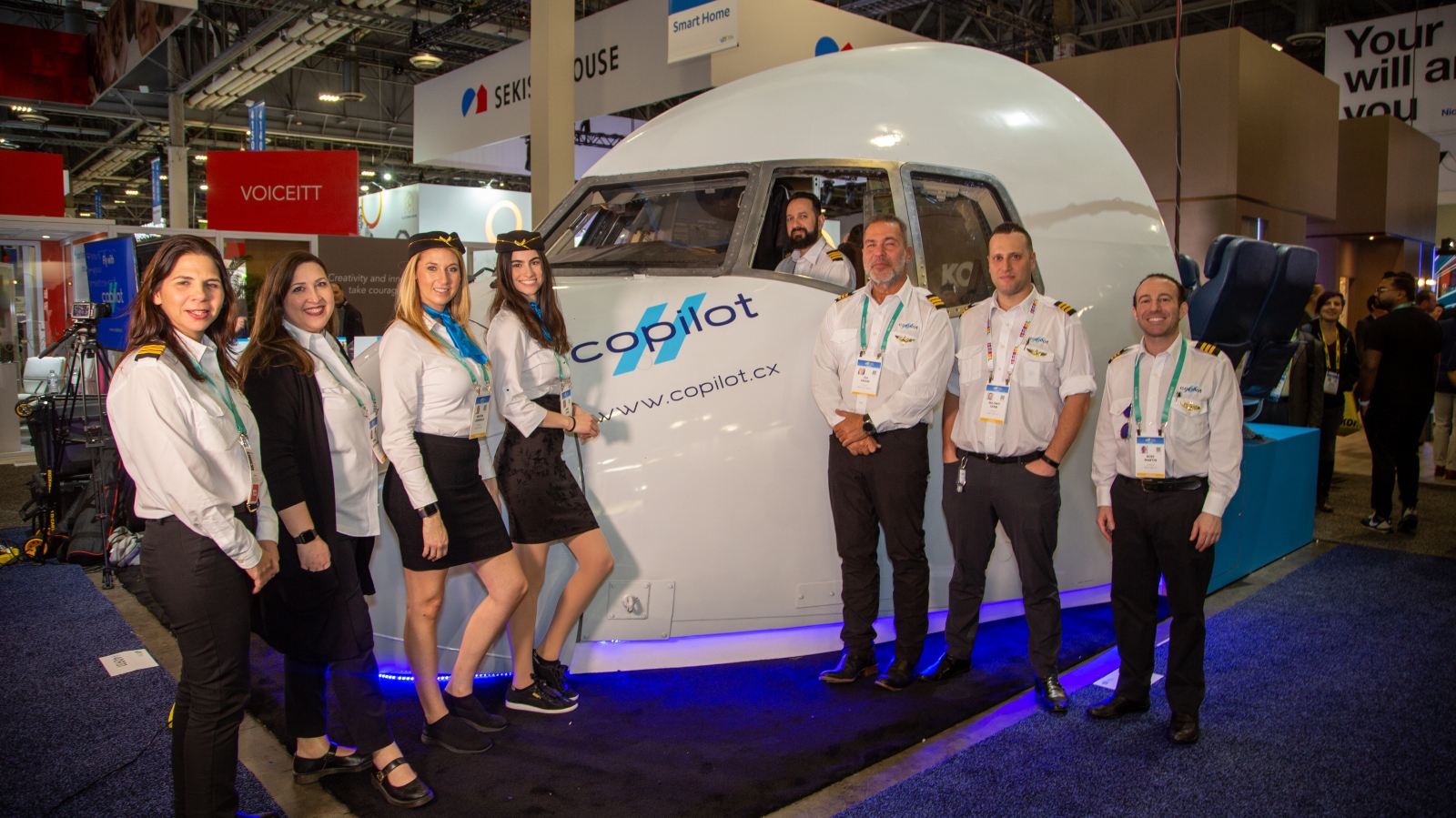 The next touchpoint is when a customer succeeds with onboarding, uses the product a couple of times, and then never uses it again.

“We say that this user is not ‘ramped,’” Frank explains. Copilot has another sequence of emails or texts to help get that expensive appliance back out of the closet.

If a customer was using a device regularly and suddenly stops, that triggers another sequence. “We check what’s happening in the world,” Frank says. “If it’s a scooter and it’s winter, we won’t tap on your shoulder. But otherwise, we want to get you out of this situation and bring you back to life.”

If all is going well, Copilot can send a message suggesting the user post a positive rating on the app store. If Copilot has done its job and learned the customer’s schedule, “we’ll know when is a good time to ask you for your feedback,” Frank says.

Copilot could also offer you a coupon toward your next purchase of accessories or a discount if you refer a friend. “We’ve found that this can boost sales 20 to 30 percent,” Frank says.

Polaroid is a client Copilot was founded in 2017 and has dozens of customers already.

Polaroid’s next-generation Instant Print cameras use Copilot software, as does New York-based electric scooter company Brooklyness. Tempdrop – a wearable that measures a woman’s body temperature to help determine the best time to get pregnant – is also a customer.

Other Copilot customers Frank cannot publicly name include a connected coffeemaker, an air-conditioning unit, a Wi-Fi-enabled safe, surveillance cameras and even an electric toothbrush.

Surprisingly, Copilot does not yet have a connected vacuum cleaner as a customer, but Frank says that’s coming soon.

A $5 million fundraising round, led by Jerusalem Venture Partners, closed at the end of 2019 and will help the company expand its customer base.

“The digital revolution must translate into concrete improvements in people’s lives and Copilot can help achieve that,” JVP Executive chairman Erel Margalit said in a statement.

Copilot has offices in Herzliya and New York City. 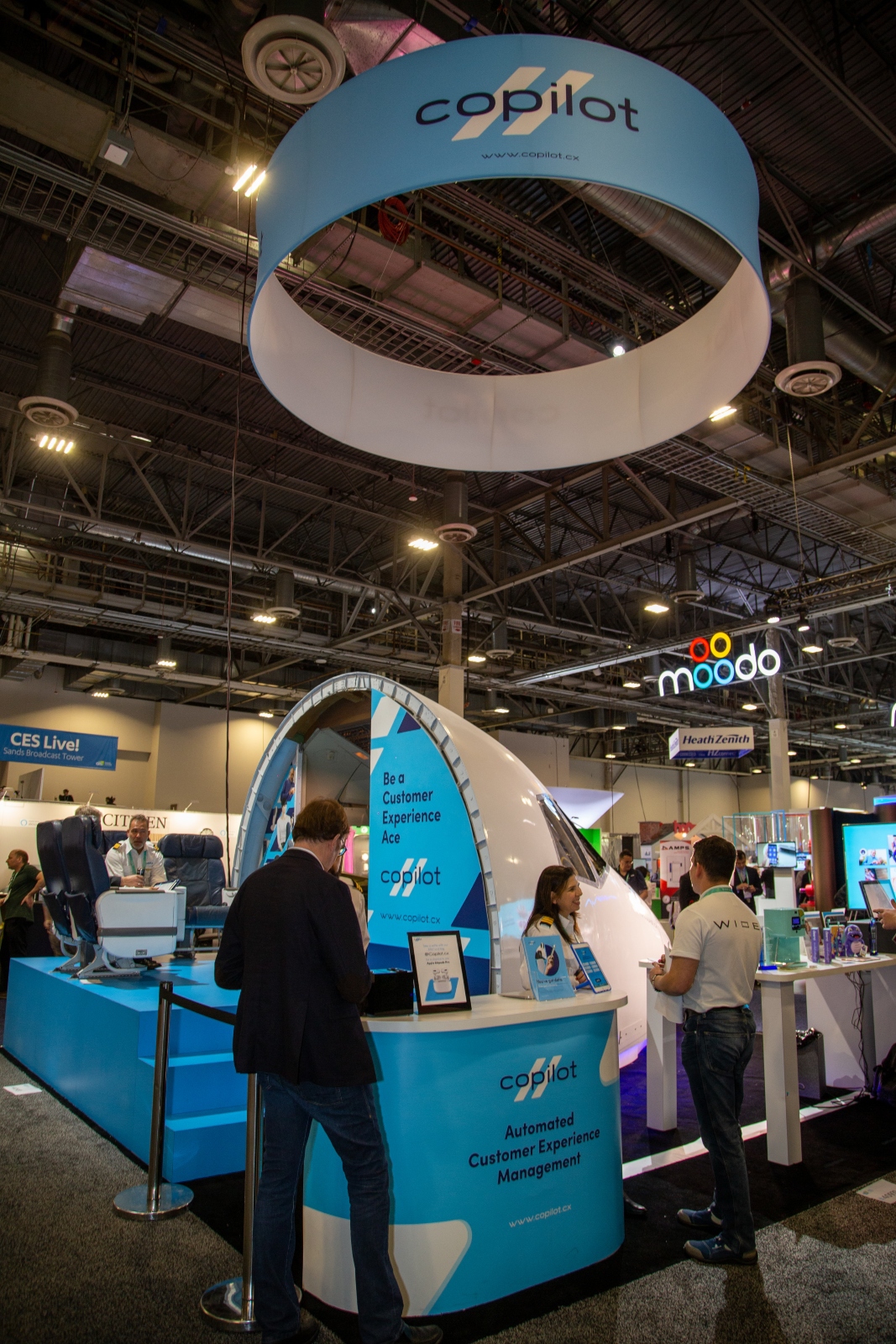 The company’s name has a double meaning: It’s your “copilot,” making sure you’re flying your connected product correctly; and both Frank and his co-CEO Tsiki Naftaly are pilots.

The company made a splash at CES2020 in Las Vegas by hammering home the Copilot branding with an actual Boeing 767 cockpit on the exhibit floor. The Copilot team dressed up as airline staff.

Frank spent 10 years in the United States – starting in Silicon Valley and ending in Manhattan, when he sold his enterprise conferencing company Interwise to AT&T in 2007. Ironically, in our interview, the web conferencing service didn’t work and we had to use our regular cell phones. “It’s not a solved problem yet,” Frank laments.

What about privacy? Do you really want a company like Copilot tracking your every move, feeding you “helpful” emails and videos?

“Data is not a dirty word,” he tells ISRAEL21c. “Collecting data allows a company to give you value, so that you get less angry at a product or wind up returning it. What’s important is that consumers understand what data they’re giving, and that they’ve given their consent. And if they want to be forgotten, the company should be able technologically to erase that data. That’s what privacy is really all about.”