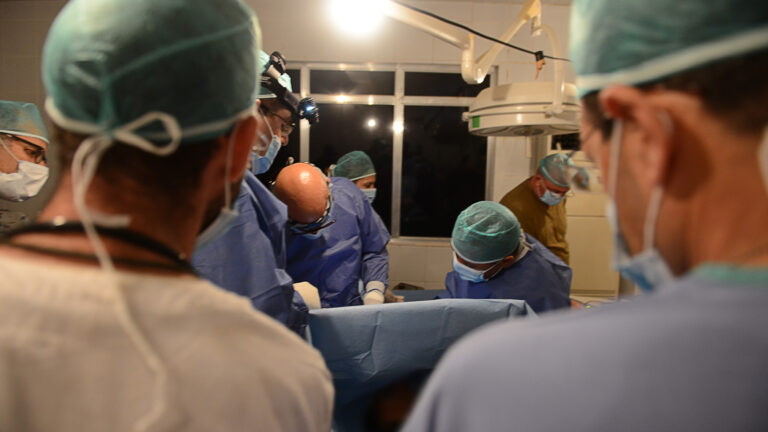 A 148-team of IDF medical experts is in the heart of the disaster zone, ready to save lives. (IDF Spokesperson's Unit)

The IDF medical team has treated over 700 patients at its field hospital in Bogo City, Philippines, in the first three days of its operation. Israeli doctors assisted in delivering 12 babies – many of them premature — including one named, Israel. 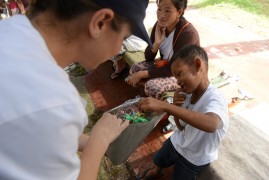 IDF aid team: 'Wherever there are people in need, we will be there.' (IDF Spokesperson's Unit)
Col. Dr. Dudu Dagan, Vice Surgeon General, Tweeted that the team “delivered three babies in one hour. Moments like these are the ultimate experiences.”

The field hospital treats over 300 people each day, many of them injured in last week’s Typhoon Haiyan devastation. Much of the area is still lacking running water and electricity.

On November 17, The IDF team based installed a water cistern on a nearby island that had no access to water.

The field hospital, which is attached to a local hospital, has incubators for the premature babies.

“I am not sure what would have happened if we had not been around,” said Lt.-Col. Dr. Ofer Merin, medical manager of the field hospital.

Merin repeatedly told the 148 officers and soldiers, doctors, nurses, lab technicians, psychiatrists, social psychologists, search and rescue workers, that “we are here to answer the call for help.”

“I had the privilege of being in the delivery room minutes after Israel was born and what was felt in that room was truly the essence of hope – the feeling that after such a horrific experience, life, and especially new life, continues,” wrote IDF officer Lt. Libby Weiss in a first person account of the devastation and hope in the Philippines.

Merin said the field hospital will stay open depending on the needs of the local population.

In related news, members of the IDF Home Front Command are helping to rebuild a school damaged by the typhoon.

UNCOVER ISRAEL - Get the ISRAEL21c
Weekly Edition free by email
Sign Up Now!
Bring Israel's story to life.
Millions of people around the world rely on us to gain a deeper understanding of Israel. We are the trusted source for original content you won't find anywhere else.
You can make a difference. Donate today to support journalism that brings Israel’s story alive.
SUPPORT ISRAEL21c
Read more on:   News, Dr. Ofer Merin, typhoon in Philippines, Israel Defense Forces, Breaking News, israel philippines, Typhoon Haiyan, typhoon, Field hospital