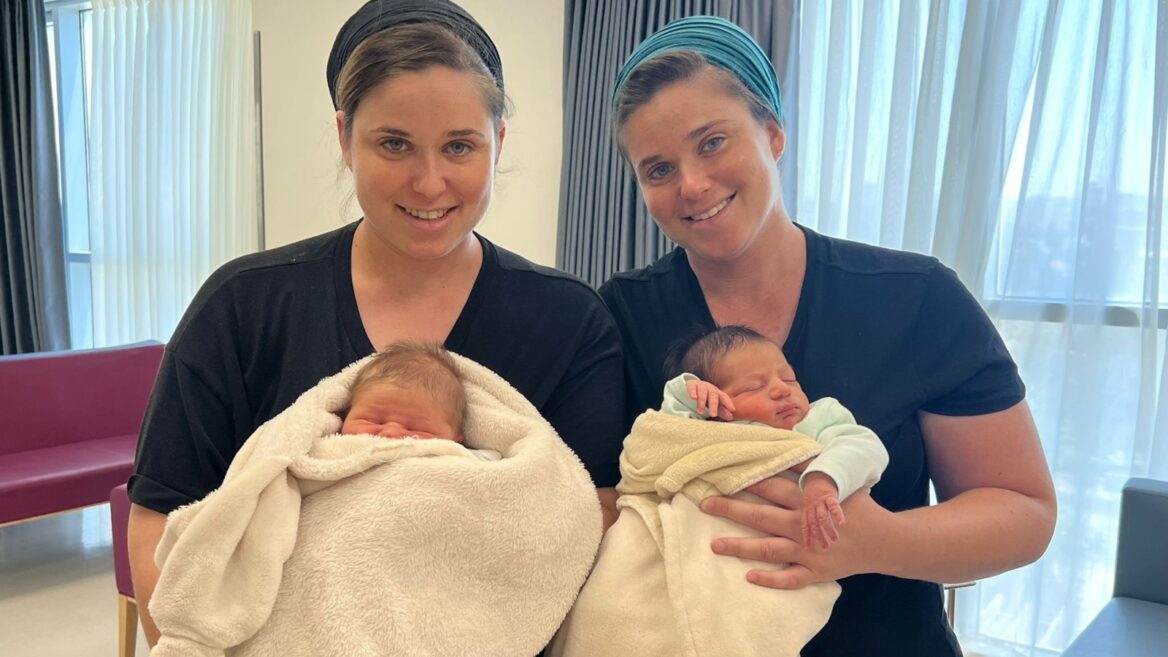 Identical twins Yael Yishai and Avital Segel delivered boys within hours of one another at Shaare Zedek Medical Center in Jerusalem. Photo courtesy of SZMC

The delivery room nurses at Jerusalem’s Shaare Zedek Medical Center thought they might be imagining things after a set of identical twins were recently admitted and delivered baby boys on the very same day.

The twins, Yael Yishai and Avital Segel, 31, both live in the Gush Etzion region south of Jerusalem and had the same due date – each for their fourth child.

“The nursing staff was so incredible. They shared our excitement and made sure that we were able to be in the same room in the maternity department,” Avital said.

Yael added, “Giving birth is always a special and moving experience but it’s even better when you can share it with a good friend who’s also your sister. It’s been fun sharing a room together with our new babies. In the past, we gave birth six weeks apart so this will now be the second time that we’ll be on maternity leave together.”

Shaare Zedek senior midwives Rina Dvir and Efrat Herling said, “Our motto in the delivery suites is that we’re committed to helping bring new life into the world, but there is no doubt that when we deliver sisters who are also identical twins that’s a whole different type of happiness and excitement.”

Remarkably, this isn’t the first time on record that identical twins delivered babies on the very same day at Shaare Zedek –the hospital witnessed a similar event back in April 1997. 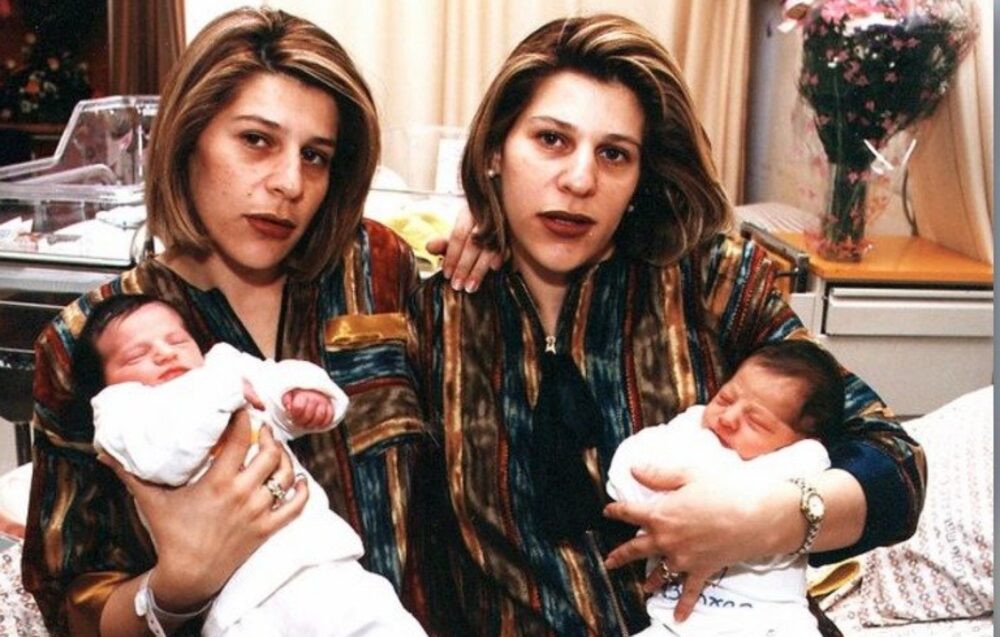 UNCOVER ISRAEL - Get the ISRAEL21c
Weekly Edition free by email
Sign Up Now!
Bring Israel's story to life.
Millions of people around the world rely on us to gain a deeper understanding of Israel. We are the trusted source for original content you won't find anywhere else.
You can make a difference. Donate today to support journalism that brings Israel’s story alive.
SUPPORT ISRAEL21c
Read more on:   Spotlight on Israel, Health, Shaare Zedek Medical Center, childbirth, twins