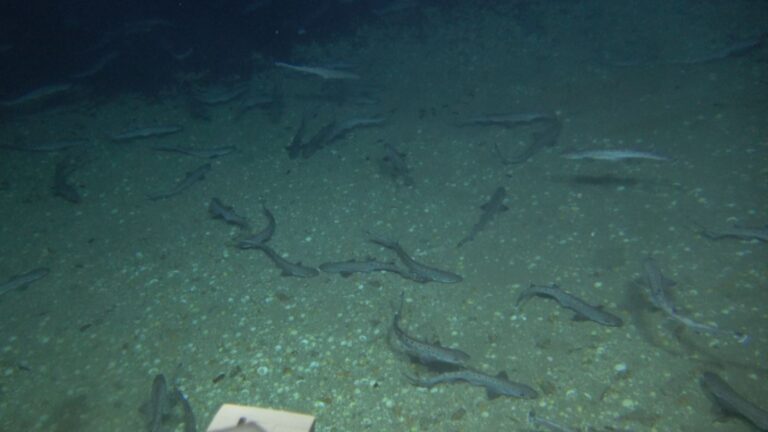 The discovery of the deep-sea hotspot could shed light on the sustainability of marine ecosystems. Photo courtesy of University of Haifa, Israel Oceanographic and Limnological Research, Ben-Gurion University of the Negev and the Interuniversity Institute for Marine Sciences in Eilat joint project.

Hundreds of deep-water sharks and the largest concentration of deep-sea shark eggs ever found were recently discovered off the coast near Tel Aviv, in what is one of the most significant discoveries of marine habitats in Israel.

The hotspot that was found in the lowest layer of the ocean, just above the seabed, might be the region’s largest mating location for deep-sea sharks.

It was revealed following years of geo-mapping beneath the ocean’s surface and long-term collaboration between the University of Haifa, the Israel Oceanographic and Limnological Research, Ben-Gurion University of the Negev and the Interuniversity Institute for Marine Sciences in Eilat.

“From a global marine research perspective, this discovery can have enormous implications,” said University of Haifa’s Yizhaq Makovsky.

“The deep sea is the Earth’s climatic capacitor, mitigating short-term changes,” Makovsky explained. “Once the impact of surface synoptic changes migrates to the deep sea, the entire climate of the Earth changes.” 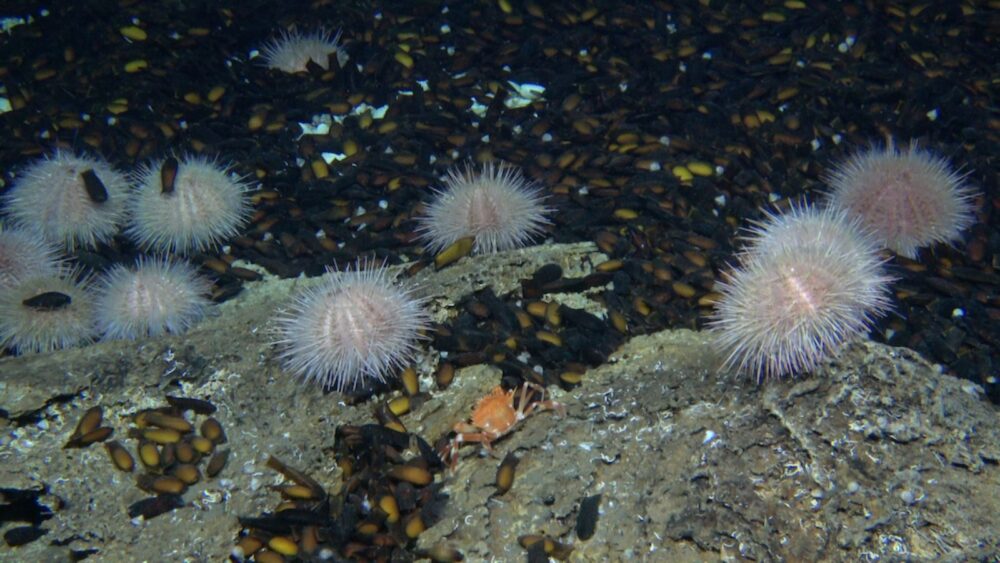 A recent expedition off Israel’s coast found hundreds of small sharks and thousands of shark eggs. Photo courtesy of University of Haifa, Israel Oceanographic and Limnological Research, Ben-Gurion University of the Negev and the Interuniversity Institute for Marine Sciences in Eilat joint project

“Investigating the geological and environmental records concealed in this hotspot will provide a high-resolution record of the impact of changes on the deep sea, which is essential for understanding local and global climatic changes.”

The Eastern Mediterranean Sea is an early-warning system for what we can expect from marine environments across the world, Makovsky said.

“This was happening under our noses for thousands of years, right next to Tel Aviv, one of the largest cities in Israel. It was hiding in plain sight, which highlights how little we know about the deep. This is a global challenge.”

UNCOVER ISRAEL - Get the ISRAEL21c
Weekly Edition free by email
Sign Up Now!
Bring Israel's story to life.
Millions of people around the world rely on us to gain a deeper understanding of Israel. We are the trusted source for original content you won't find anywhere else.
You can make a difference. Donate today to support journalism that brings Israel’s story alive.
SUPPORT ISRAEL21c
Read more on:   News, Environment, sharks, University of Haifa, Mediterranean Sea