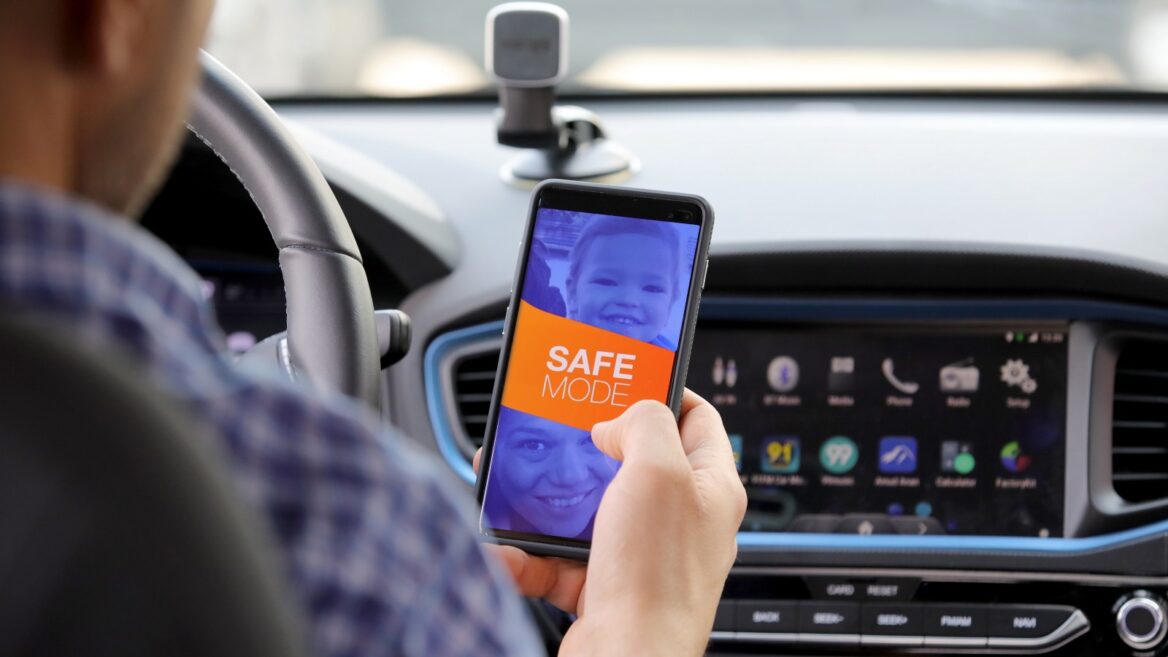 You know you shouldn’t text while driving. But you can’t stop yourself.

And as with any addiction, setting self-limits – switching to airplane or Do Not Disturb mode – simply won’t work.

So Gilboa’s company has created a technology that gives drivers no choice.

With SaverOne installed in a vehicle, any phone within 20 centimeters (less than 8 inches) of the driver is limited to a few pre-approved applications such as phone calls or GPS apps like Waze. All other applications will be blocked. And other devices in the vehicle will work normally.

The key is that SaverOne runs automatically; drivers don’t need to turn it on. The technology consists of both an app on the device and hardware (four concealed sensors) in the car.

Cellular signals coming into the car are captured by the sensors, which calculate where all the phones are located and decides which signals to let through. SaverOne has some 30 patents on its technology for isolating electromagnetic signals in a tight space.

But will drivers install the app? Yes, if they get a discount from their insurance company – or if it’s required by governmental regulations, Gilboa says.

“The European Union has already drafted a bill that mentions requiring the installation of a mobile distraction system in vehicles from 2022 at the production stage,” he points out.

Israel’s National Road Safety Authority also has a committee looking into requiring installation of such a system in buses and trucks. There are similar inquiries beginning in the United States.

SaverOne is installed as an “aftermarket” product for now, in much the same way that a vehicle owner or leasing company can add a new entertainment system or a Mobileye device to an existing vehicle.

“We believe that when there will be regulation, it will come as part of the car,” Gilboa tells ISRAEL21c.

SaverOne made the news this year twice. In June, it became the first Israeli firm to go public since the start of the coronavirus crisis, raising $7.5 million. A few weeks ago, SaverOne signed its first commercial contract to install 250 of its systems in the Millennium Group’s Israeli fleet of trucks. The deal boosted the company’s share price by some 20 percent.

SaverOne hopes to have 1,000 systems in place within a year, Gilboa adds. The price per unit is around $2,500 for passenger vehicles and $3,000 for trucks, although Gilboa says that should go down as more units are sold and as the hardware gets smaller and cheaper.

SaverOne had intended to have clients using its system in Europe and the United States by this point in the company’s short history (it was founded in 2014), but Covid-19 has put a damper on expansion.

So for now, the company is focused on the Israeli market, specifically companies with heavy vehicles or with large fleets of cars. The IDF and Israel Police are running pilots of SaverOne’s system. The Central Samaria Development Company is testing the system on five of its bulletproof buses and shuttles, and the Dan Bus Company is running a pilot too.

A successful beta test in Israel can serve as an example for the rest of the world. And the Israeli market is not insignificant. Israel has access to international companies, heavy fleets, public transportation, “all the markets we appeal to,” Gilboa points out. 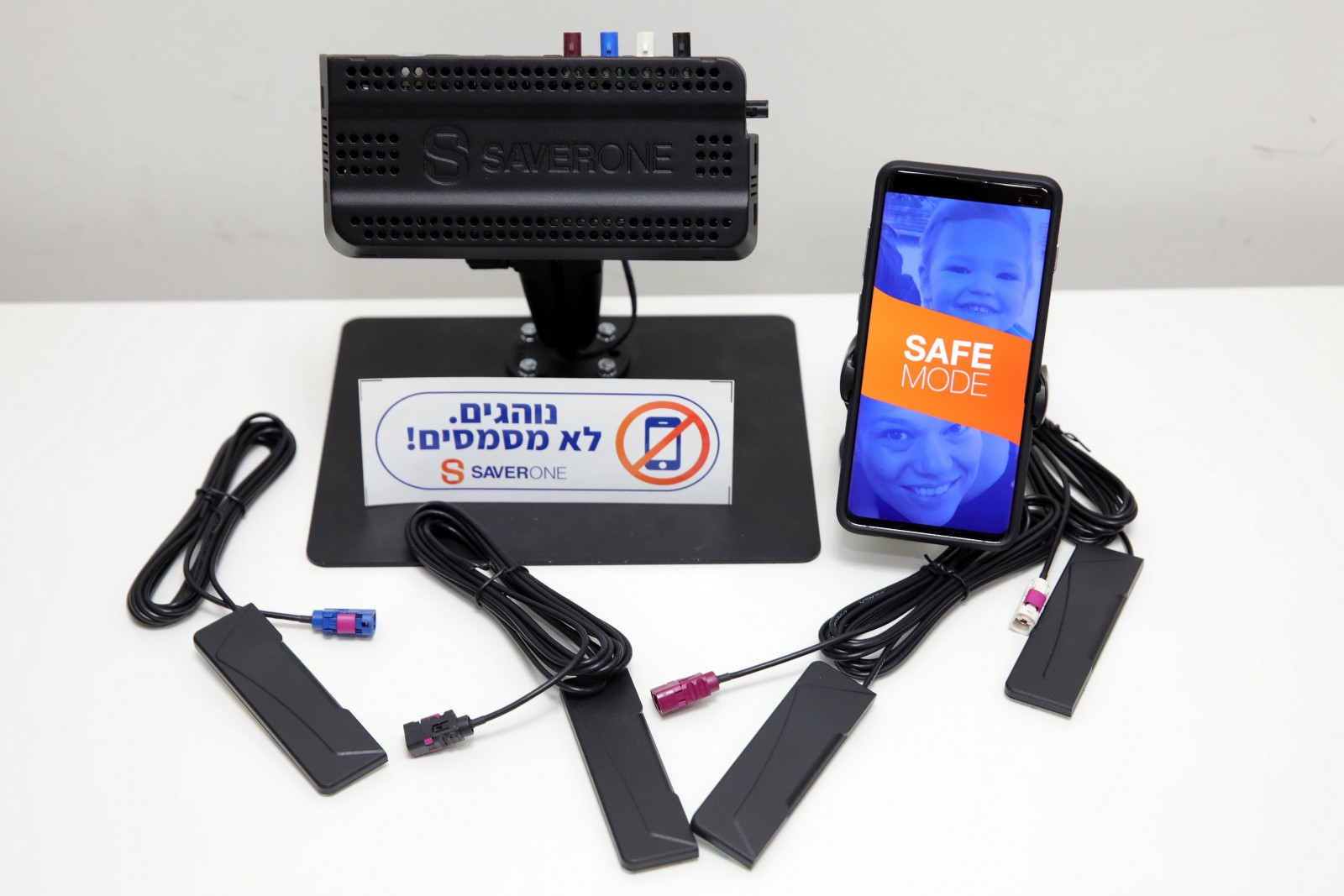 SaverOne’s system consists of an app and sensors installed in the vehicle. Photo by Itzik Biran

Whether in trucks, buses or private vehicles, distracted driving is a known and growing problem. The Israeli business journal Globes cites data showing that at least 25% of accidents are caused by cell phone usage, amounting to 1.6 million accidents a year.

The US National Highway Transportation Safety Board puts the official number at 9%, while in South Korea some 18% of teen drivers admit to being addicted to their mobile devices.

Gilboa points out that SaverOne can save not only lives but also money: For every day a truck or bus is not in service because of an accident, the company loses money. The same rationale will be true for insurance companies handling claims for costly repairs due to crashes. 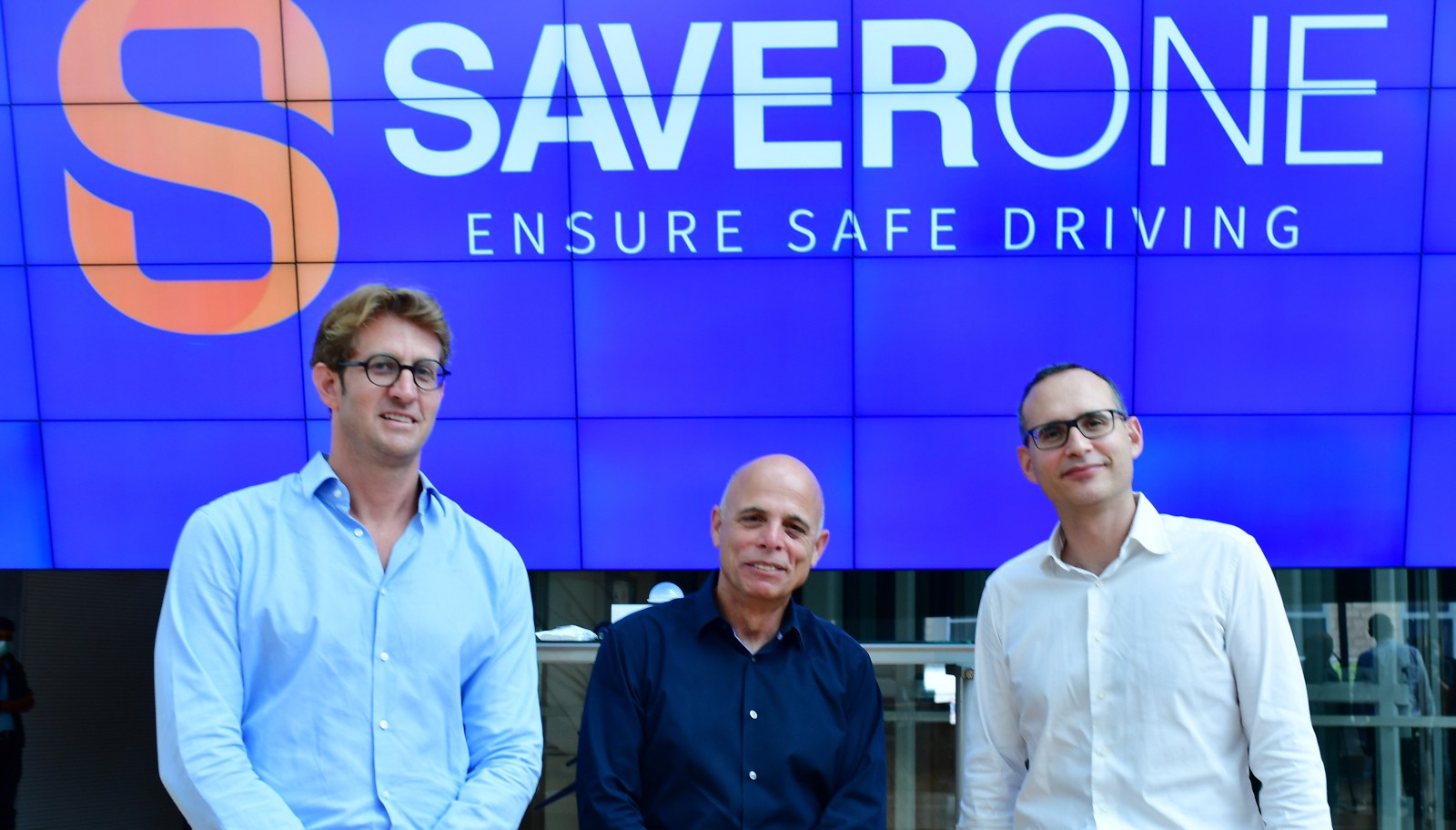 Before joining SaverOne, Gilboa was the CEO of the Negev Group home design firm, and before that, of the James Richardson duty-free group that holds the concession at Israel’s Ben-Gurion Airport. In the car sector, he headed the Meir Group, which imports Volvo, Jaguar and Honda to Israel.

“I’m used to running companies with thousands of people, not small high-tech companies,” he tells ISRAEL21c. “But I was captured by the idea and the vision.”

SaverOne’s competition mainly comes from formidable companies like Apple and Google. Gilboa isn’t worried, because those software solutions require cooperation from the driver.

“When the phone asks you if you’re the driver, you can always answer no. You can’t solve this problem with an app on the phone only. Apple’s and Google’s are the best, but nobody uses them.”

Some fleets have set up cameras in their trucks and buses. That might lead to a fine for a driver who texts and drives, but it’s only after the fact.

“I don’t know about any other solution that operates automatically, without the consent of the driver, and that can differentiate between the passenger and the driver,” Gilboa says.

The Petah Tikva-based company employs 24 people full-time plus another two dozen consultants. Post-IPO, it has a market capitalization of about $32 million.

SaverOne hopes to have its product fully commercialized by the third quarter of 2021 and an OEM product integrated into the vehicle manufacturing process by 2023 if regulation kicks in by then.