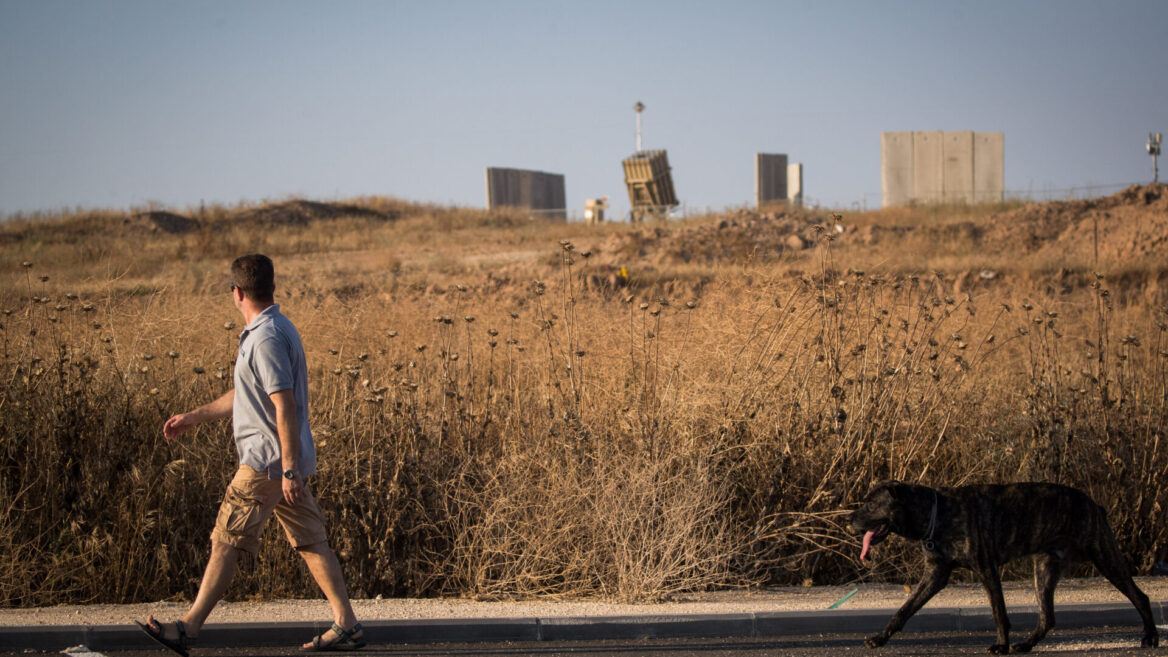 A man walks his dog next to an Iron Dome anti-missile battery near the city of Sderot in southern Israel. Photo by Yonatan Sindel/Flash90

People often ask me how do you build a technology ecosystem? They want to know how you build the next Silicon Valley, and what are the ingredients a region needs to do so. They are particularly interested in how they can emulate what Israel, the startup nation, has developed.

But just as I don’t believe that other regions should copy the Bay Area, I don’t wish for other regions and people to go through the struggle we endure in Israel.

Would Israel have been able to build so many growth-stage companies and unicorns if not for the fact that everything is a fight and a struggle? I don’t think so. What may seem to be an obstacle can actually help us grow and prosper against all odds.

When coal goes through intense pressure to come out the other side as a diamond, there is always the fear that the coal will break along the way. But without pressure, nothing of substance can be built.

It’s worth exploring not just the traits and ideas behind successful entrepreneurs, but how struggle enables us to build ourselves, self-actualize and achieve difficult things.

Below are some thoughts on how the present conflict, and the ones which preceded it, are shaping this country’s entrepreneurs.

It’s no secret that working with Israelis can be challenging, but that pushiness and drive makes Israelis who we are. That tenacity, that we-can-do-it-despite-the-odds mindset has shaped Israel.

Israelis understand that they need to dream big, and that Israel is always the test market. We see that especially today in how founders are raising record-breaking sums of VC money and in the many multinationals with offices in the Startup Nation. 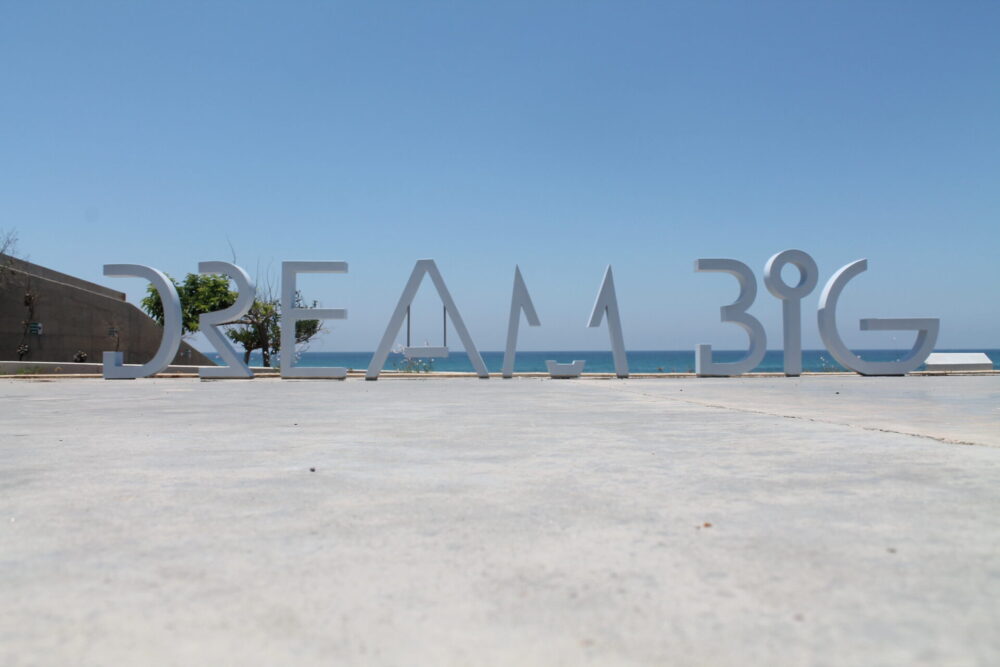 “Dream Big” is the slogan immortalized outside the Peres Center for Peace and Innovation in Tel Aviv-Yafo. Photo by Anna Wachspress

Dreaming of what is possible to dispute “obvious” logic or “common sense” has been at times the only way through. If the creators of the Iron Dome had believed and internalized the idea that you could not stop rockets in mid-air, we would all have been worse off during these recent trying days.

The big-picture thinking that often happens in Israel runs in parallel to the global thinking typical of Silicon Valley.

We are constantly dissatisfied and challenging the status quo. Contrarian thinking was ingrained in the founders of the country, such as David Ben-Gurion, and in modern leaders such as Shimon Peres. They had the audacity to dream big.

The country’s leaders understood that there was no other choice, they could not fail. Ain brera (there is no choice) was not just a rallying cry, but a reminder of the pressing existential threats they faced, and we still face.

When there was so much at stake, the country’s leaders had to summon their inner strength and resourcefulness to meet the challenges, and we see that ethos in today’s high-flying entrepreneurs.

The gift of struggle

When I was a young soldier in the Golani Brigade of the IDF years ago, going through this grueling mental and physical challenge, I realized it was a gift. I realized that going through my service would prepare me mentally for what challenges lay ahead.

Oftentimes we must go through hell in order to get to heaven, but what is needed is perspective. You cannot have it both ways; you need to go through the struggle to grow and develop and become the best version of yourself. The same applies to a business and to a country.

If not for the security challenges, and the threats on the lives of its citizens, Israel would not have been able to become the tech superpower it has become by countering these threats. It’s not in spite of these challenges that Israel is the Startup Nation, it is because of them.

While I don’t wish this on any person or state, we can interpret the challenges the world throws at us in a way that helps us become better versions of ourselves or we can be worse off by casting blame and being perpetual victims.

That includes asking the right questions and thinking how we can grow and learn from a challenging security situation.

The story of Israel is the story of a startup. One that is scrappy, almost meeting its demise only to come out and win in the end.

The country quickly came back from near defeats, and learned from its mistakes, but many lives were lost as a result, similar to a startup where early mistakes can kill you.

The idea of the underdog (the David) is still part of the country’s DNA. Despite how the country is portrayed we are still in an underdog position, though you may not believe it by seeing the overwhelming hatred on social media directed towards Israel.

Watching the current crisis unfold on social media has been particularly challenging for those in the tech community, many of whom don’t always agree with the government’s policies. But seeing the world of social media turn against Israel in a heartbeat has been difficult.

This is where resilience plays a role. It’s knowing that you can overcome this challenge and be in a better place because of it.

UNCOVER ISRAEL - Get the ISRAEL21c
Weekly Edition free by email
Sign Up Now!
Bring Israel's story to life.
Millions of people around the world rely on us to gain a deeper understanding of Israel. We are the trusted source for original content you won't find anywhere else.
You can make a difference. Donate today to support journalism that brings Israel’s story alive.
SUPPORT ISRAEL21c
Read more on:   Culture, Technology, Business, Startup Nation