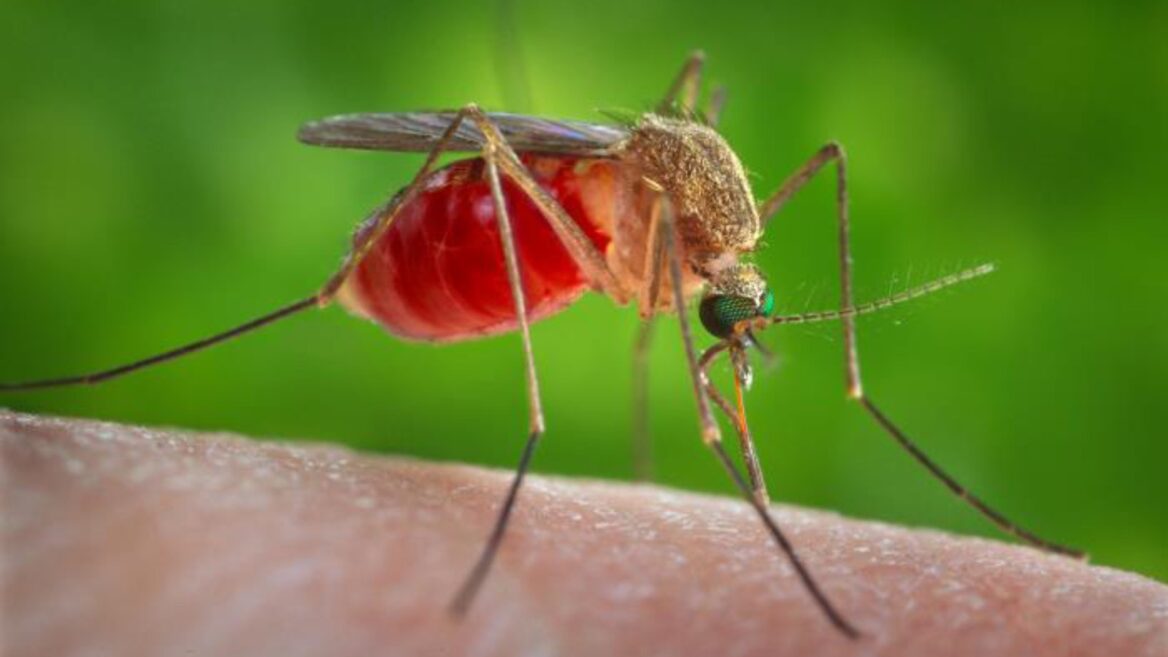 The world’s deadliest animal isn’t a shark, tiger or even a poisonous snake. It’s the female mosquito.

When this pesky insect sucks your blood to help her lay her eggs, she can infect you with potentially fatal diseases including malaria, dengue, Zika and West Nile viruses, lymphatic filariasis (LF) and more.

More than 1 million people are thought to be killed by mosquitoes every year, according to the American Mosquito Control Association.

According to the US Centers for Disease Control and Prevention, currently half the global population is at risk of malaria and 40 percent are at risk of dengue. LF affects people in 72 countries and is a leading cause of permanent disability worldwide.

West Nile virus is the main mosquito-borne disease in the continental US, peaking in the summer and early fall months.

Earlier this year, medical journal The Lancet published a study  that shows that as the world warms with climate change, the length of mosquito season and the geographic spread of mosquito-borne diseases is expanding and diseases are emerging in new locations, or re-emerging in areas where they had been eradicated.

The study found that by 2070, the population at risk of malaria and dengue fever was likely to increase by up to 4.7 billion people.

Israeli scientists and entrepreneurs understand the problems and risks and have been developing a series of ingenious remedies to this growing problem. 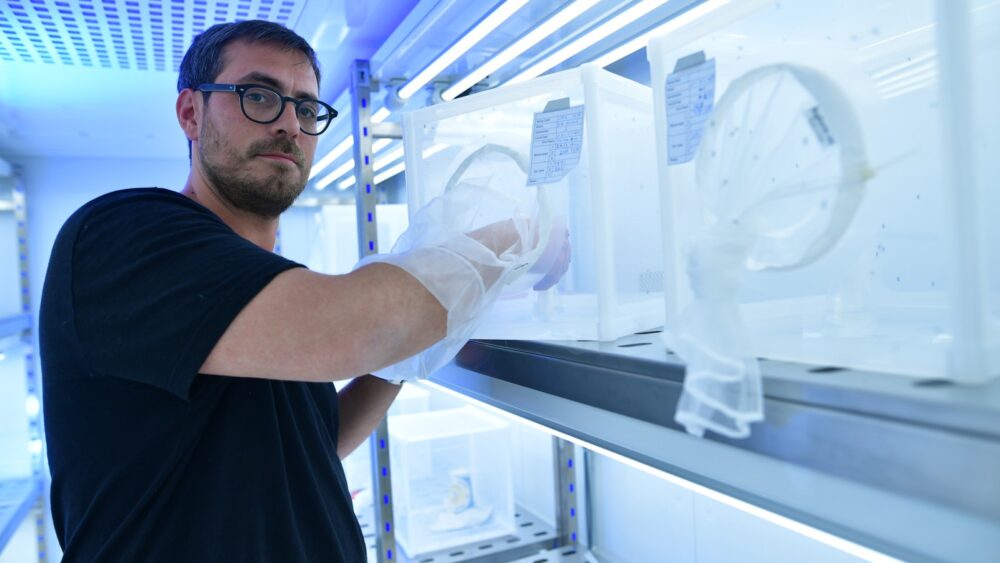 “We’re building a modern variant of an old idea that has been around since the 1950s: to control mosquitoes by modifying and manipulating their genetics,” Papathanos tells ISRAEL21c.

He explains that sterilizing and releasing individual male mosquitoes theoretically leads to the collapse of the population. But this tactic has proven difficult to upscale to the necessary level of a whole city, country or continent.

Instead of sterilization, Papathanos’ lab is using cutting-edge CRISPR technology to modify male malaria mosquitoes’ Y chromosome so that they produce only male babies, and those sons inherit the altered chromosome.

Over time, there will be no more females and hence no more disease-transmitting bites.

“This method can suppress the population in a stronger way because the genes are designed to spread through the population. We don’t need to upscale if we make the system more efficient with the least number of insects released,” says Papathanos.

He has been working on this problem since 2005, after earning his PhD at Imperial College London.

“The field is about five years away from having a proof of principle ready in the lab. When it will be applied in the field is a different matter,” he says.

“The releases will require people with diverse backgrounds, like social scientists, local stakeholders, evolutionary biologists and ecologists. A whole community is growing around this idea.”

While Papathanos works on his genetic modification method, several Israeli companies are pursuing mosquito control methods including “sterile insect technique” (SIT). Female mosquitoes mate only once, and when they mate with a sterilized male their eggs don’t hatch. Males can be sterilized by irradiation or genetic modification. 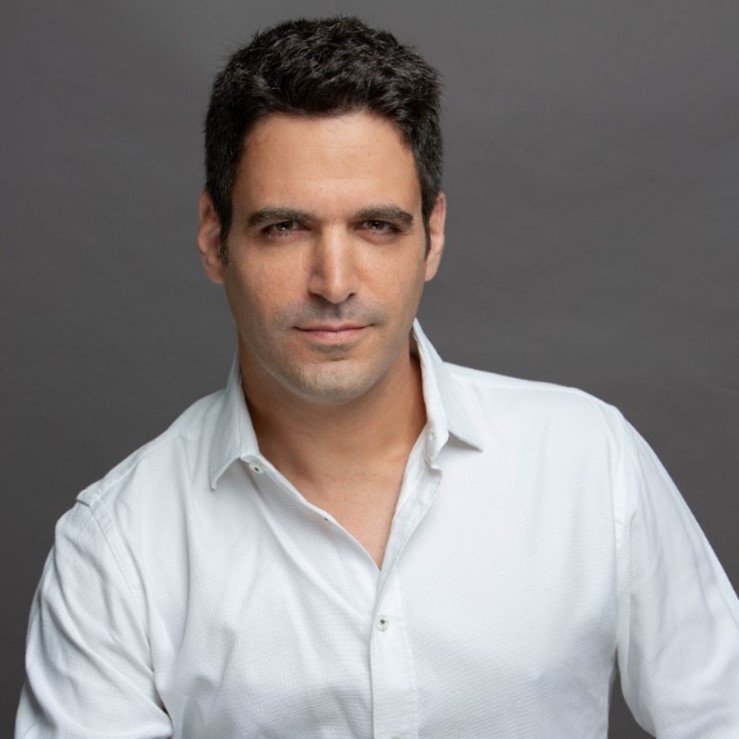 “Imagine food or medicine production lines, only what is running on the conveyor belts are non-biting male mosquitoes ready to be bottled towards their release. The proprietary technology enables the processing of millions of mosquitoes, combining quality assurance, counting and removal of residual females,” says CEO Hanan Lepek.

“The beauty is how flexible and modular the design is. Basically you can ship your mosquito larva to end points where they will emerge, counted, identified and packaged or have a centralized location where mosquitoes are bottled and then released.”

Senecio holds patents on its innovations for insect rearing, neural networks that classify mosquito species, automatic bottling, mission planning and release from ground or air. “We are the only company with the ability to release mosquitoes from flying aircraft,” says Lepek.

Founded in 2014 and backed by American and European VCs, the Israel Innovation Authority, the European Union’s Horizon 2020 program and the BIRD Foundation, Senecio recently developed a modular unit for producing, sorting and packaging millions of sterile mosquitoes per week, reducing the cost dramatically.

Customers can operate the factory units or purchase bottled sterile mosquitoes via a subscription model. Each canister is filled with hundreds of mosquitoes, at a cost comparable to the release of insecticides.

“We will bring the cost of the sterile mosquito to something cities can finally afford so that finally the whole operation will be accessible to all citizens,” says Lepek. Senecio has pilots planned in Europe and the United States.

The company also offers first-of-its-kind automated mapping technology to show where the mosquitoes are located, synchronizing with the release plan to monitor the reduction in the mosquito population.

“Health authorities have surveillance programs around the world that count the bugs manually using tweezers. We put that process on the cloud and let the robot do the dull and boring tasks of mosquito separation and identification of the common mosquitoes,” says Lepek.

If SIT is ecofriendly and effective, “why is it still stuck in trial phase? Because you need to make sure you release males only, and sex-sorting is a bottleneck,” says Vic Levitin, CEO of Diptera.ai of Jerusalem.

“Mosquitoes have a short lifespan, so normally you need a mosquito production facility near the release site. Our innovation is sex-sorting efficiently and accurately at the larval stage, which lasts two weeks. We can mass produce the larvae in a central facility and ship them across countries.”

Subscribers receive containers stamped with a date showing when the mosquitoes are ready to be released. “Inside they have food and water,” says Levitin. “When they’re ready to hatch, you drain the water and mosquitoes fly out.”

This scheme, says Levitin, “drives cost down to the point where we can go into new markets, even private homeowners. Diptera.ai’s market research has shown our solution is 20 times less expensive than existing SIT methods.”

Diptera.ai, which graduated from the IndieBio accelerator in October 2020 and recently closed a $3 million seed round, could implement its larval-stage sex sorting for biological control of many types of insects, including household and agricultural pests.

Levitin predicts that methods to control mosquitoes without pesticides will be needed in more and more places as climate change makes the problem worse.

“By 2050, half of the world’s population — including the US and Europe — will be living in areas warm enough for disease-spreading mosquitoes,” he said.

“Local mosquitoes are better adapted to the weather conditions and to the pheromones of the local females,” says CEO Nitzan Paldi.

“Regulators are happy that we are not introducing mosquitoes from somewhere else, nor are we introducing genetically modified mosquitoes. There are no detectable residues of the components we use to sterilize them, so they are really natural mosquitoes.”

Thus far, Forrest Innovations’ projects are in Brazil, where it is the sole provider of NVC. The company is going public and will begin expanding its modular, scalable solution to stop mosquito-transmitted diseases (pending regulatory approval) in the United States, India and other Southeast Asian nations, where 75% of dengue cases occur.

“People will come to a central training facility to learn everything about Natural Vector Control and then go to their regions and set up these mobile production units,” Paldi says, comparing the process to McDonald’s providing training and standardized supplies to its worldwide branches. “In this way we can expand very quickly in the next three or four years.”

As described recently in the Journal of Infectious Diseases, Forrest’s release of NVC-treated male mosquitoes in a controlled trial in Brazil reduced live mosquito progeny by more than 91% and significantly reduced incidences of dengue fever in the treated regions. 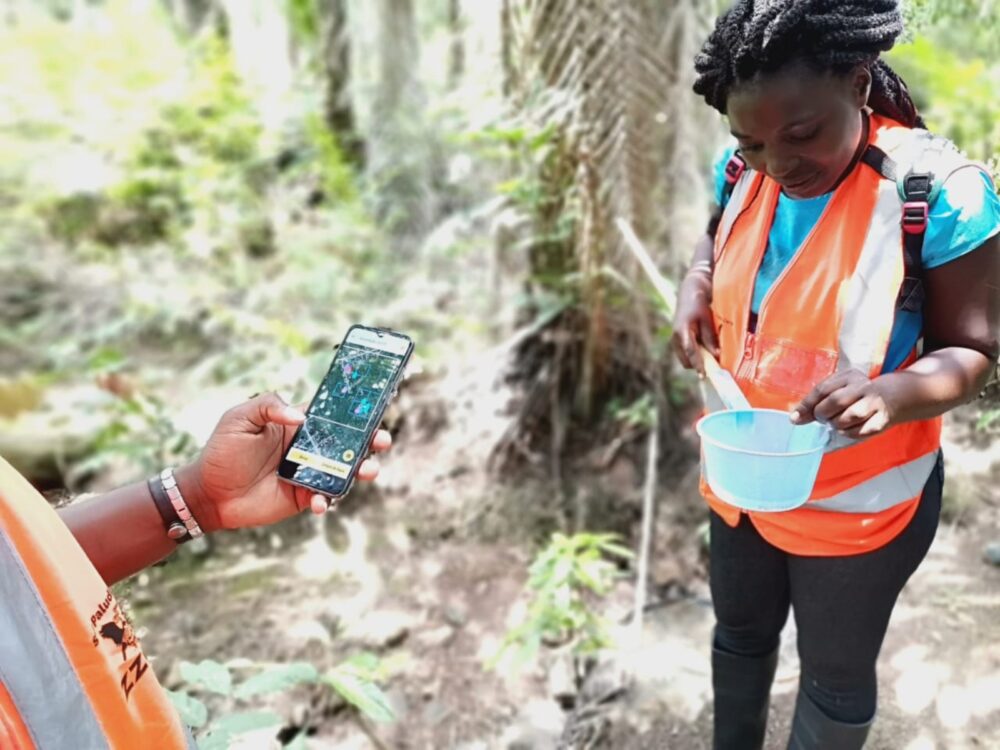 The mobile software then helps fieldworkers manage effective larvicide treatment in the detected areas — even with limited budgets and difficult environmental conditions.

A new agreement with fellow Israeli company Airobotics will supply Zzapp with drones for its first commercial project in São Tomé and Príncipe in Central Africa next year.

Zzapp is a subsidiary of Sight Diagnostics, developer of Parasight, an AI-based system that is accurately and cost-effectively diagnosing malaria in 24 countries.

In 2016, Arnon Houri-Yafin spent three months in Indian hospitals as head of Sight’s R&D team. There he saw the human toll of malaria, especially on children.

After researching the problem, he founded Zzapp to identify and overcome challenges that have kept larvicide treatments from succeeding in Sub-Sahara African nations.

“When looking at the countries where malaria has been eliminated, controlling the mosquito breeding sites was almost always a major component of the solution,” Houri-Yafin said.

Zzapp has won prestigious awards including the $3 million grand prize in the IBM Watson AI for Good XPRIZE Competition and the 2021 Cisco Global Problem Solver Challenge.

UNCOVER ISRAEL - Get the ISRAEL21c
Weekly Edition free by email
Sign Up Now!
Bring Israel's story to life.
Millions of people around the world rely on us to gain a deeper understanding of Israel. We are the trusted source for original content you won't find anywhere else.
You can make a difference. Donate today to support journalism that brings Israel’s story alive.
SUPPORT ISRAEL21c
Read more on:   Environment, Climate Crisis, Mosquito, Forrest Innovations, Insects