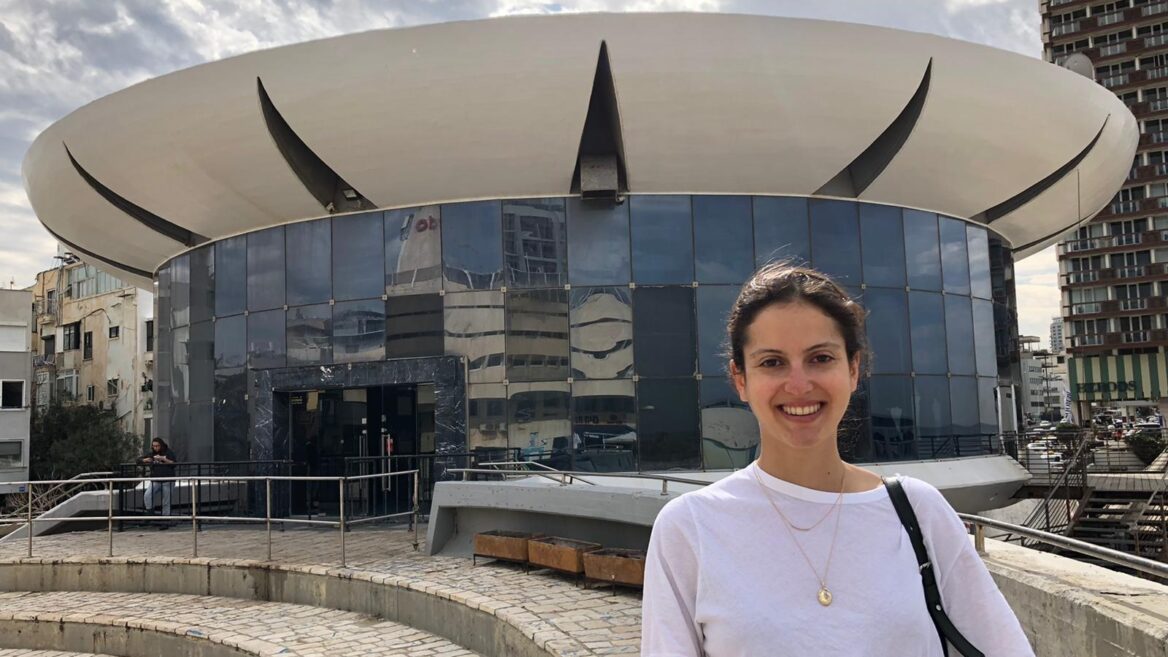 A strip club and alleged brothel on the Tel Aviv shoreline was shut down last summer after years of public outcry.

The Pussycat Club and its surrounding Atarim Plaza were purchased by developer JLTV Investments, which plans to construct residential towers there in a few years.

Meanwhile, the formerly seedy club is getting a new lease on life.

Social activists Yakir Segev and Eyal Biram got permission from JLTV to use the building in the interim for Jewish learning and social-impact programs.

“When they told me they bought the building, I suggested that we might as well, if they’re willing, dedicate the place to social involvement, and they said yes,” Segev, 42, tells ISRAEL21c.

“Until the towers will be erected there, we have the obligation to make the most of this unique building for the benefit of Israeli society.”

Within a few days of the August closure, volunteers were cleaning up the space and making it usable. 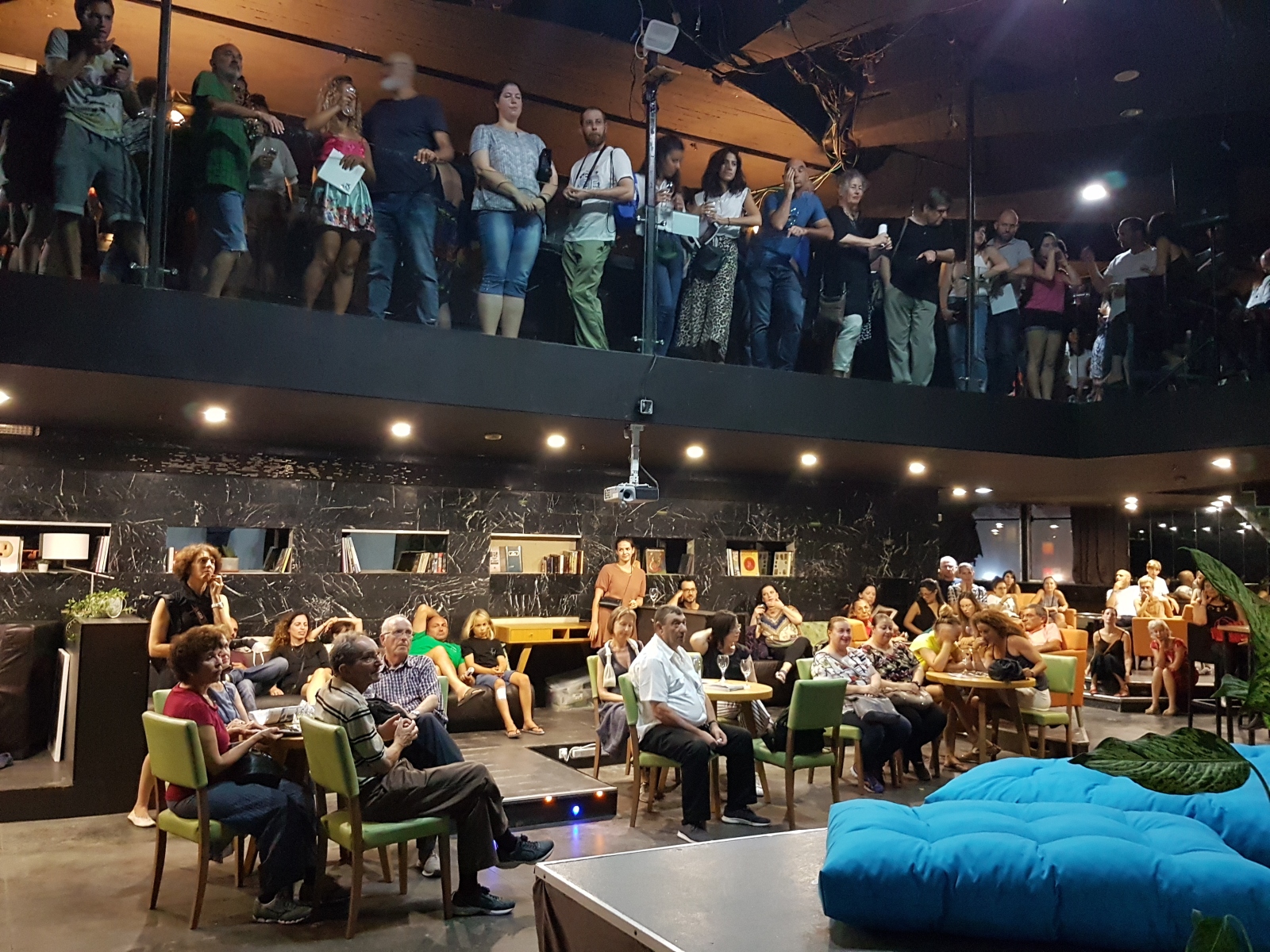 An event at the social hub in the former pussycat Club, Tel Aviv. Photo: courtesy

“From the second it closed as a strip club it opened as a source for good,” says Boston-based interior architect Raquel Swartz of Seviva Design.

Swartz and her husband heard about the Pussycat Club project from Segev while visiting Tel Aviv. She volunteered to oversee the transformation of the building, which opened in the mid-1970s as a pharmacy.

“It’s a shame for beachfront Tel Aviv space to be empty,” she tells ISRAEL21c.

About 13 organizations using the building range from a graffiti artists collective to a designer of environmentally friendly flipflops; from a pluralistic Jewish learning program to a branch of the Jerusalem-based El HaLev nonprofit self-defense training center.

“We sometimes have 1,500 people going through Pussycat Club every week and we haven’t even started,” says Segev.

“The gift of JLTV is a once-in-a-lifetime chance. Together with many partners for this vision, we are trying to create a situation where the building is pleasant and useful on the one hand, and on the other hand it can still tell the story of the social change, and the new activity that is taking place there.” 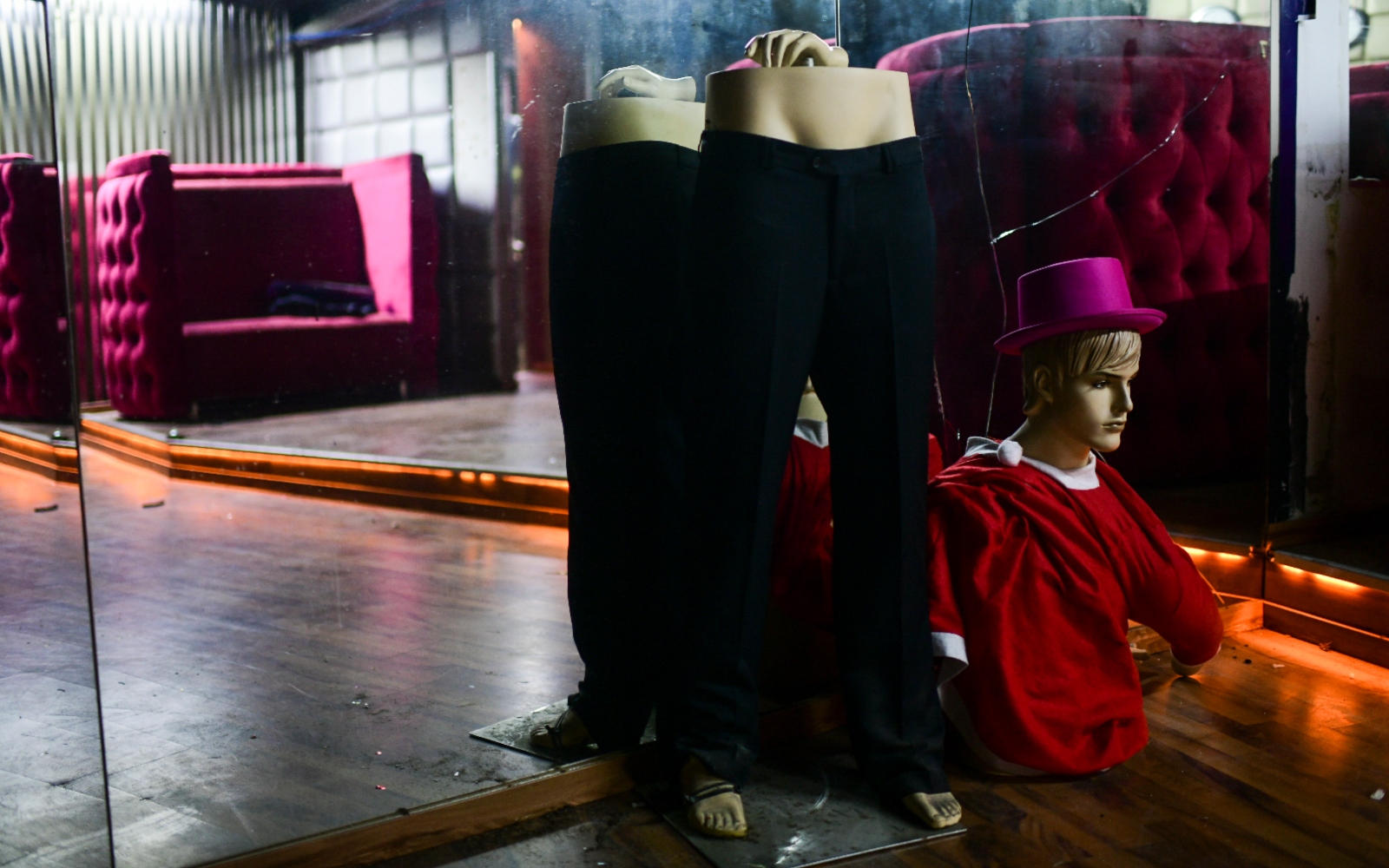 Swartz says that “breathing new life into existing buildings” was her focus of study at the Rhode Island School of Design. “But I’ve never done anything quite like this. It’s a design challenge in many ways.”

In mid-January, using donated funds and materials, Swartz’s team began restoring a kitchen in the basement and adding adjacent classrooms. Here, the Kitchen Studio organization will train aspiring chefs from populations such as former prisoners, gambling addicts and women at risk. 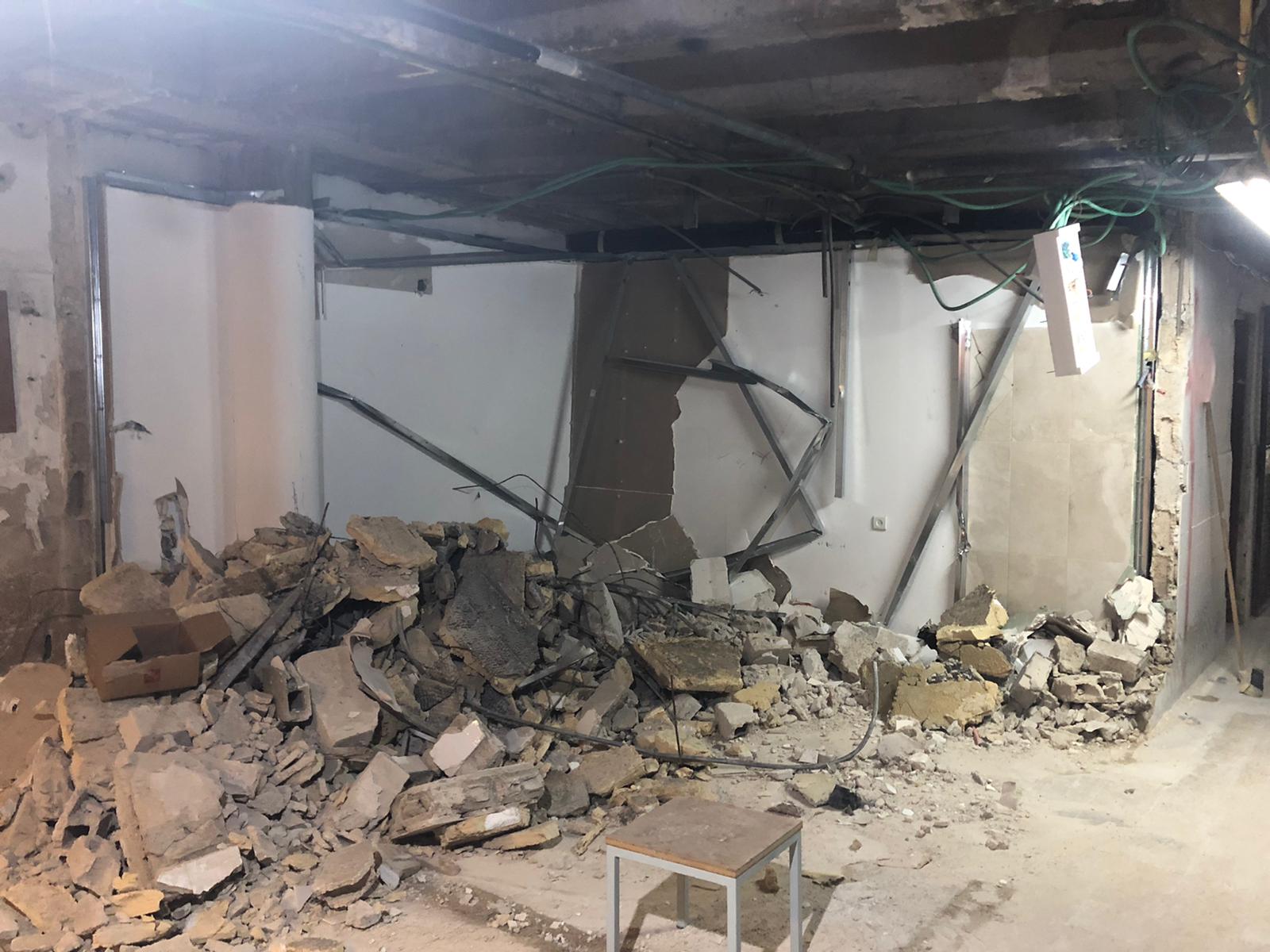 “The main level could be used for larger groups and events. There might also be some sort of gallery space to showcase local artists,” Swartz tells ISRAEL21c. “The upper level will likely have a small library and another conference room or two.”

The new design intends to preserve the building’s history, while also creating a positive outlook for its future, she says Swartz.

“For example, the plan includes integrating memorabilia from the strip club: a pole from the stage or the window shades may be repurposed into art that commemorates the past through positive actions.” 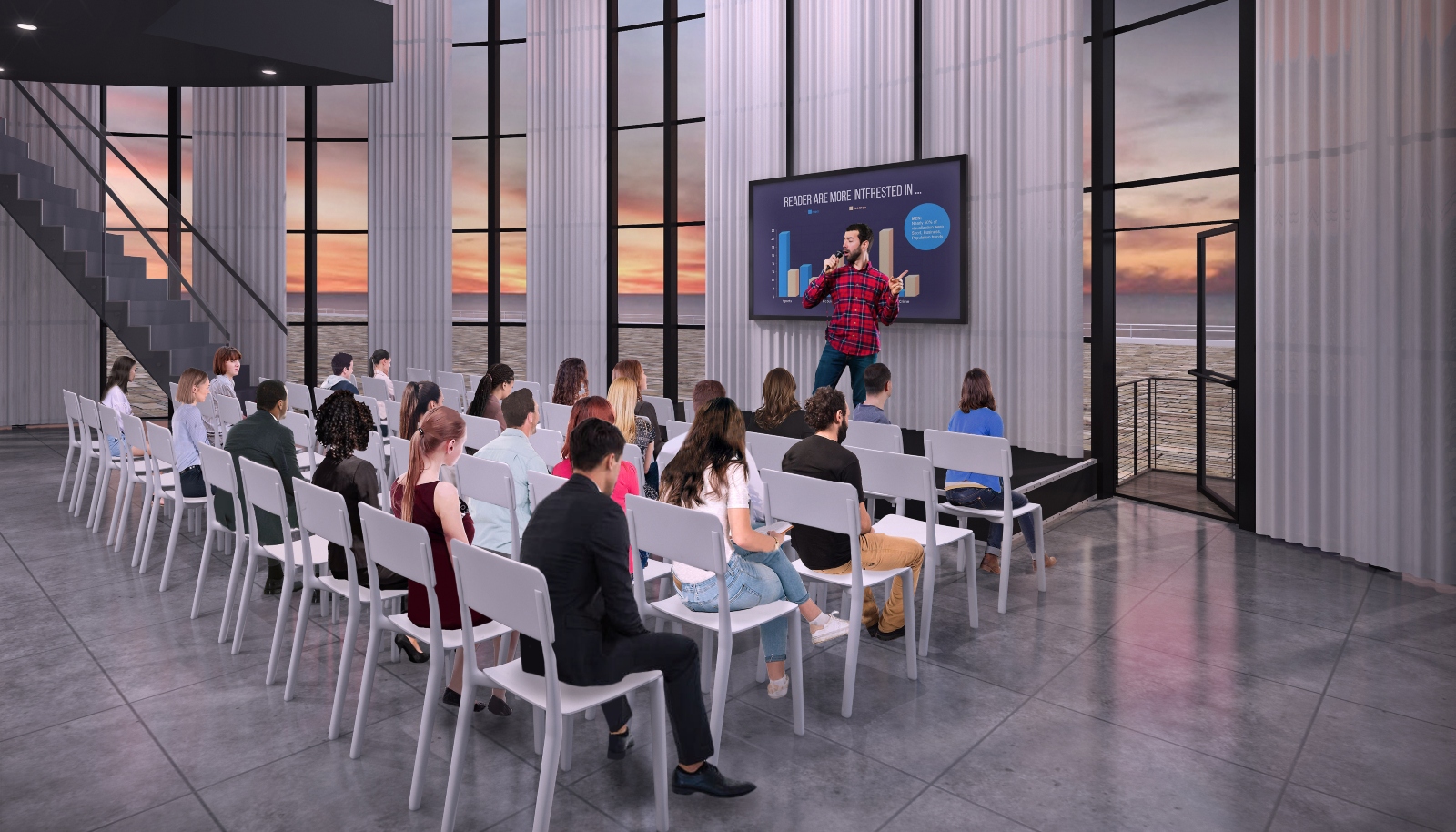 In early February, the Tel Aviv municipality shuttered the city’s last three remaining strip clubs for 30 days. The idea is to use that time to enact legislation ensuring they can never reopen.

“We’d like to think all the noise around the closing of the Pussycat contributed to the motivation to deal with the others,” says Segev.

“And we’re looking into making them into social hubs as well. With the right design and not much money, and lots of volunteers, we can duplicate these efforts. In a place that stood for exploitation, there will be assistance and empowerment to women.”