If you’re a man over the age of 50, the chance that you’ll get BPH is 50 percent. By the time you reach 80, the risk jumps to 80%. BPH won’t kill you – it stands for benign prostatic hyperplasia – but it can make life uncomfortable as the prostate gland expands and starts to squeeze the urethra and push on the bladder. Millions of men around the world suffer from BPH and as the population ages, the market for BPH solutions is increasing.

This is the story of two Israeli startups that set out to find a better method for treating BPH, which until now has entailed drugs or major surgery – both of which can have undesirable side effects.

ProArc Medical’s ClearRing device can address BPH in 10 minutes in an urologist’s office, with no sedation required, and no complications affecting sexual performance.

A high-tech catheter called a cystoscope is inserted into the urethra. When it reaches the prostate, a balloon is inflated in the area where the prostate is obstructing the flow of urine.

Once the balloon is in, the ProArc system makes a two-second incision and then inserts two implants, just a couple of millimeters in width, into the prostate to move it further from the bladder. The balloon is then deflated and the cystoscope removes everything but the implants. Since no tissue is removed, the cut area quickly heals around the implant, holding it in place. And if there’s ever a problem, the implants can be taken out the same way they went in.

In addition to being less invasive than surgery, says CEO Shai Golan, the ClearRing approach lasts longer. “With surgery, patients often have to go back in for additional retreatments every two to three years. We hope to break this cycle.” 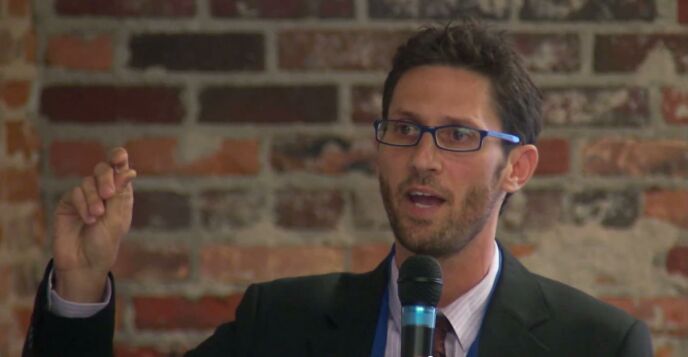 Golan tells ISRAEL21c that 38 million men in the United States and European Union suffer from BPH, with 25 percent of them calling it debilitating; and 1.5 million BPH procedures are performed every year.

ProArc started human trials two months ago in Europe, to be completed by the end of 2014. Testing in the United States will follow.

Men suffering from a different problem “down there” – non-muscle invasive bladder cancer (NMIBC) – can turn to a solution from another Israeli company, Elmedical, whose journey also started with helping ease the discomfort of BPH.

Uzi Eshel’s first company, Biodan, experimented with microwave hyperthermia to shrink the obstructing prostatic tissue through heat. The key to Eshel’s approach was keeping the temperature just right – too low, and it’s not effective; too high and it can burn the tissue.

Eshel learned two important lessons from his experience: first, hyperthermia is not hot enough to really do the job, and heating by microwave is very difficult to control. The company was ultimately shut down.

Eshel’s next company, ArgoMed, developed a unique insulated catheter to treat BPH via “thermotherapy,” keeping the intense heat inside the shaft while the outside of the catheter remained at body temperature.

The company received US and European approvals, installed 100 machines across Europe and was all set to go public when the 9/11 terror attacks occurred. The IPO was canceled and the company eventually ran out of money.

Not deterred, Eshel decided to apply the thermotherapy technique he’d perfected not to BPH but to NMIBC and also prostatitis. The treatment has similar heating requirements and is also delivered via a catheter. In the case of NMIBC, the chemotherapy drug mitomycin C is delivered directly into the bladder rather than circulating through the bloodstream. Keeping the temperature even can greatly improve the success rate.

Eshel’s latest company, Elmedical, was formed in 2003 and its technology has now treated close to 500 patients. Each patient needs six treatments once a week to start, and then one treatment every six months – a total of 12 sessions.

The company earned the European Union’s CE mark and is now beginning the process of applying for FDA approval. The product is already sold in Germany, Italy, Spain, Croatia, Greece, Turkey, Denmark, Austria and Israel.

NMIBC – the fourth most prevalent cancer for men – is a costly illness, mostly because it can be treated. NMIBC patients develop tumors on the bladder wall, which have to be resected surgically. As long as they are removed promptly, the cancer does not become terminal. But that means many treatments.

Elmedical’s thermotherapy approach has increased the disease-free interval by an average of four times.

“If before, the disease-free interval was three to 16 months between treatments, using our approach, it can be between 40 and 70 months,” Eshel says. For a control group that Elmedical monitored, Eshel estimates they’ve saved “roughly five surgeries per patient.”

With multiple surgeries resulting in a cost of up to $200,000 per patient, Elmedical’s thermotherapy approach may soon have the NMIBC market all sewn up.

UNCOVER ISRAEL - Get the ISRAEL21c
Weekly Edition free by email
Sign Up Now!
Bring Israel's story to life.
Millions of people around the world rely on us to gain a deeper understanding of Israel. We are the trusted source for original content you won't find anywhere else.
You can make a difference. Donate today to support journalism that brings Israel’s story alive.
SUPPORT ISRAEL21c
Read more on:   debilitating, invasive, ArgoMed, European Union, Elmedical, bladder cancer, BPH, prostate, surgery, FDA, Health