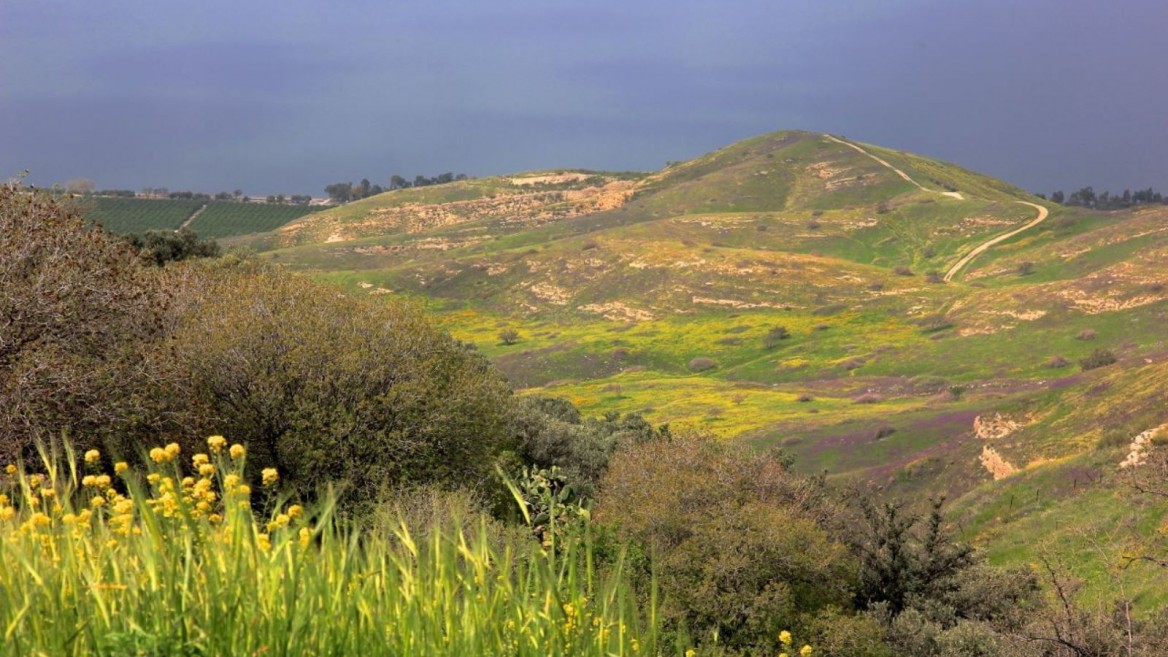 The well-known Israel Trail meanders 620 miles from northern Dan to southern Eilat, but it skirts the Golan Heights – and that is why Israel Eshed, then director of the Golan Tourism Association, began a one-man campaign in December 2006 to establish a Golan Trail.

“The main incentive to build it was the fact that the Israel Trail does not go through this area, and in my opinion the Golan is one of the most beautiful areas in Israel,” Eshed tells ISRAEL21c.

“The trail’s popularity has surprised me; the number of hikers each year is rising dramatically. I’ve heard that a lot of people are hiking the Golan Trail as a ‘dessert’ to the Israel Trail or as training for the Israel Trail.” There’s more than one way to traverse the Golan Trail. Photo by Israel Eshed

Eshed’s plans materialized with support from the Society for the Protection of Nature in Israel and the Israel Defense Forces, which assures the safety of the route and uses it to acquaint soldiers with the Golan Heights.

Campsites, drinking-water stations and information stands in Hebrew and English have been added along the entire way from the summit of Mount Hermon near the Druze village of Majdal Shams down to Hamat Gader hot springs near the Sea of Galilee (Lake Kinneret).

The marked route takes between five and eight days to complete, and is divided into 15 sections (not wheelchair-accessible) of average difficulty. There are connections with the Israel Trail at its northern and southern tips. 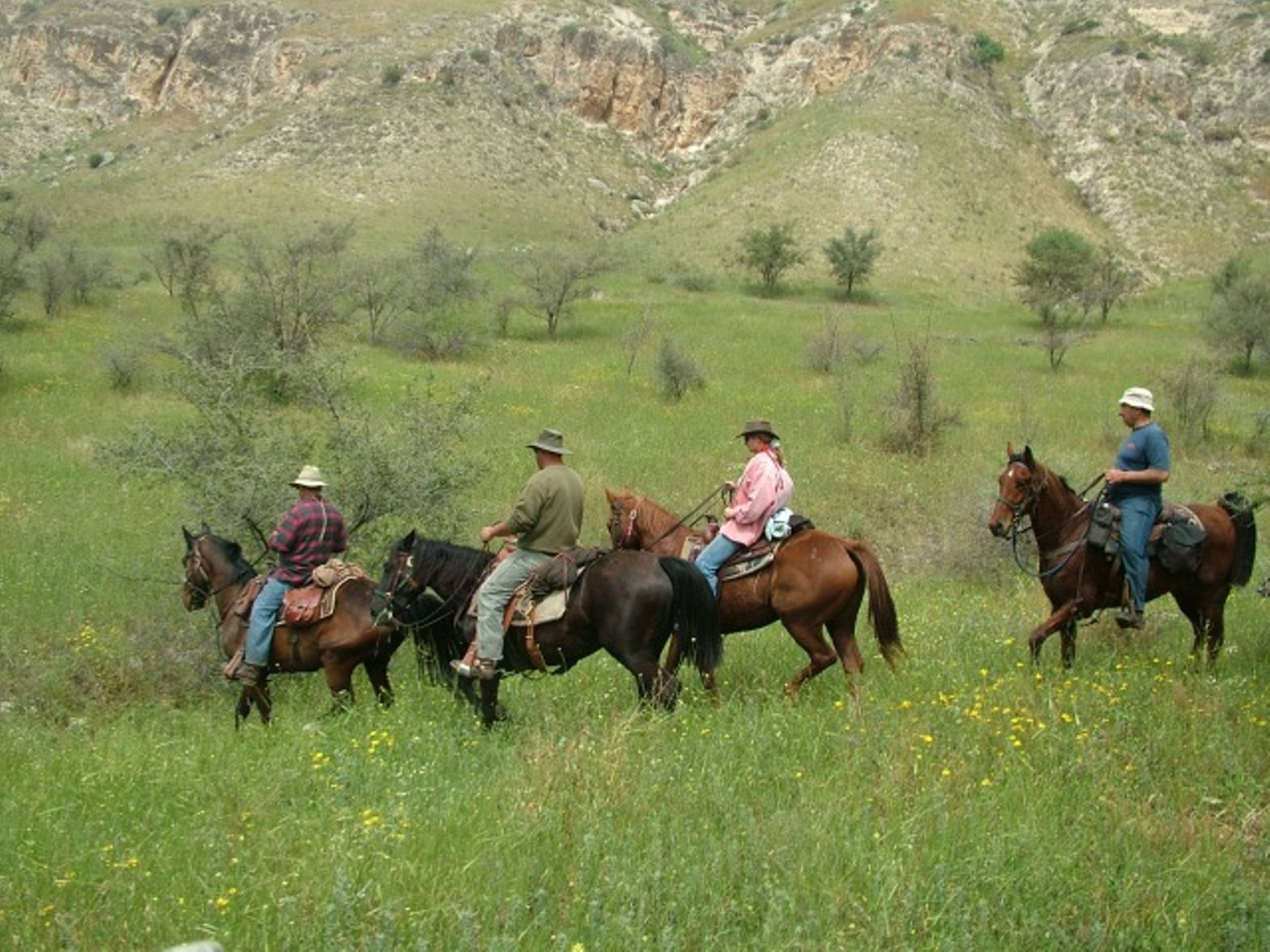 Horses on the Golan Trail. Photo by Israel Eshed

Eshed says the new signage system offers not only information about where you are at the moment, but also directions to other points of interest along the trail and how long it will take to reach them. These stations were financed by the Golan Regional Council and Israel’s ministries of tourism and agriculture-rural development. “We have plans to continue developing the trail bit by bit, with more shelters and water taps.”

The trail has proved a boon for local tourism, says Eshed, who is now translating his trail guidebook into English. From private campgrounds and hostels to convenience stores and B&B accommodations at kibbutzim and moshavim (collective communities) along the way, Golan Heights residents are benefiting from the influx of hikers. Some of the trail goes through nature reserves, where free basic campsites are available as well.

It gets quite cold in the Heights during winter, but Eshed says any season offers its own advantages to Golan Trail travelers. “Israel is in its peak in the spring, and I love it in autumn with the fall colors. Yet I also like to hike in high summer in the early morning or late evening, and in winter all the springs are flowing.”

Having traversed the trail countless times, Eshed can’t point to a particular favorite spot, though he especially recommends the lookouts over the Gamla Nature Reserve and Nimrod Fortress National Park.

These two points are among many rich in history along the trail. The ancient Jewish settlement of Gamla, built on a strategic hilltop shaped like a camel’s hump (camel is gamal in Hebrew) was besieged by Rome during the first century CE, and has become a symbol of heroism for modern Israelis. Remains of one of the oldest synagogues are found in the reserve, which also has a large population of Griffon vultures. 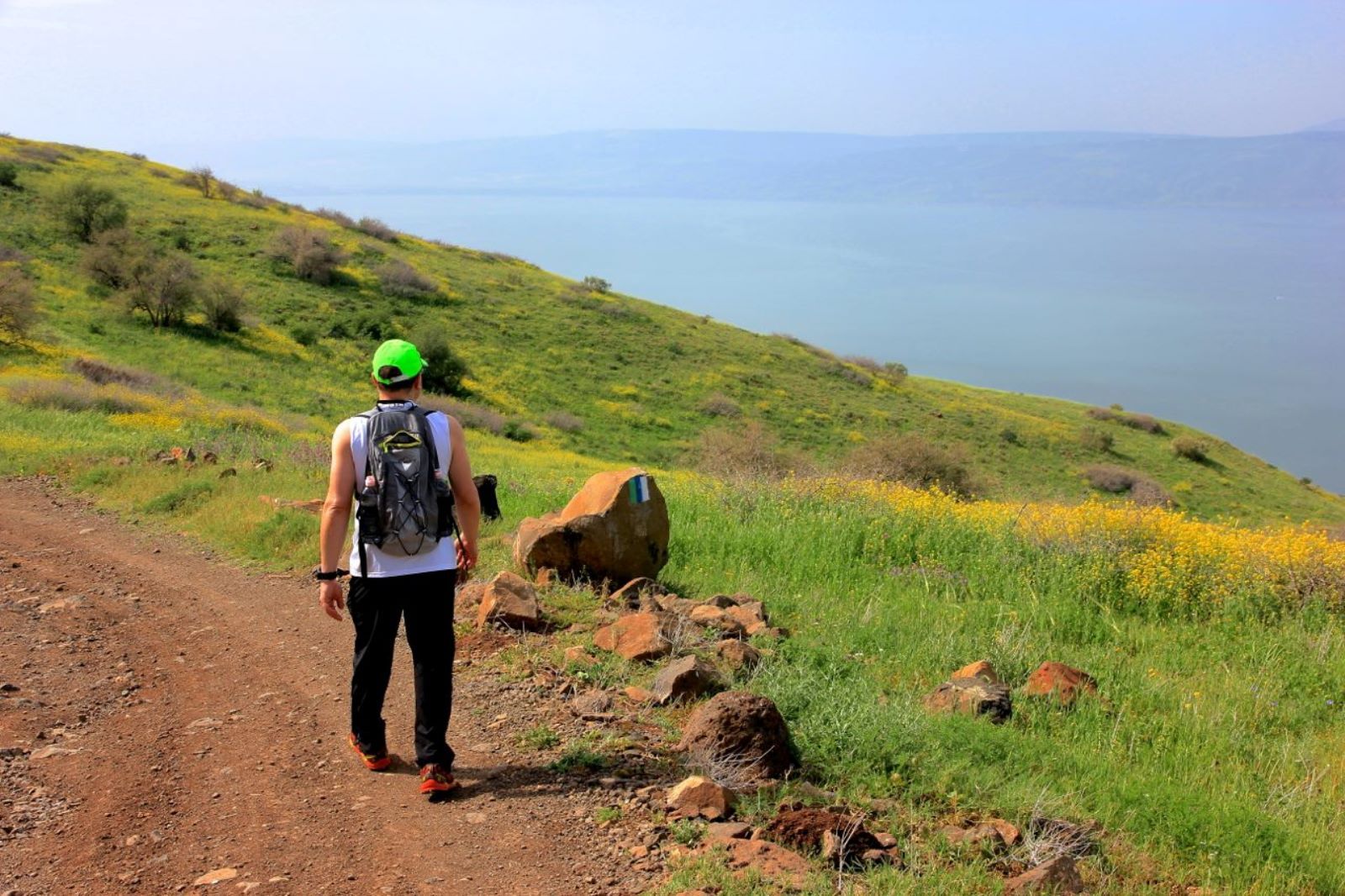 The Nimrod Fortress is a castle built in by 13th century Muslims on the southern slopes of Mount Hermon. Today the site is administered by the Israel Nature and Parks Authority.

For more information on the Golan Trail, click here or here. 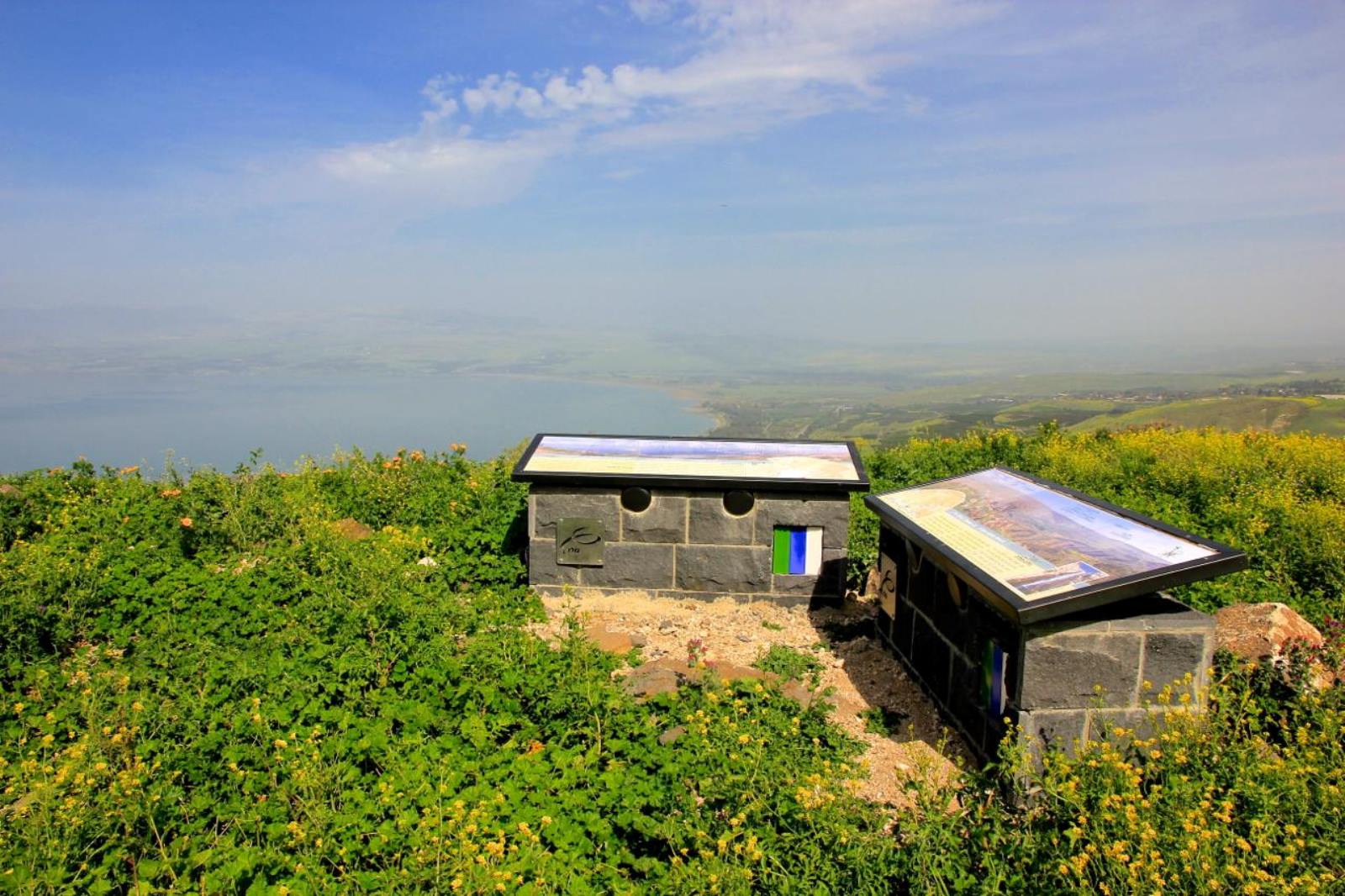 Views along the Golan Trail. Photo by Israel Eshed 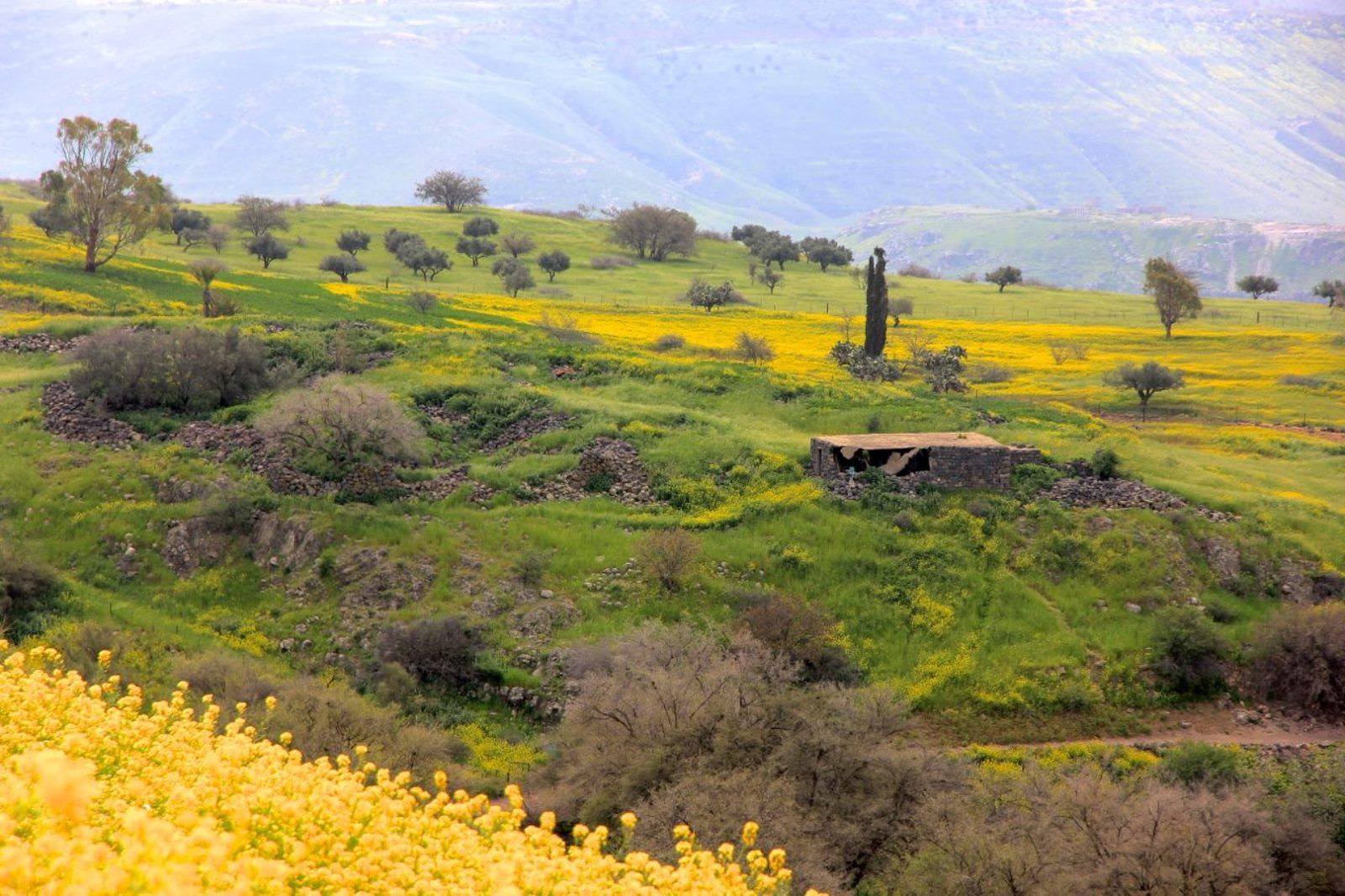 Photo of Golan Trail by Israel Eshed
UNCOVER ISRAEL - Get the ISRAEL21c
Weekly Edition free by email
Sign Up Now!
Give
Every
Month
Help ISRAEL21c uncover
the Israel we love