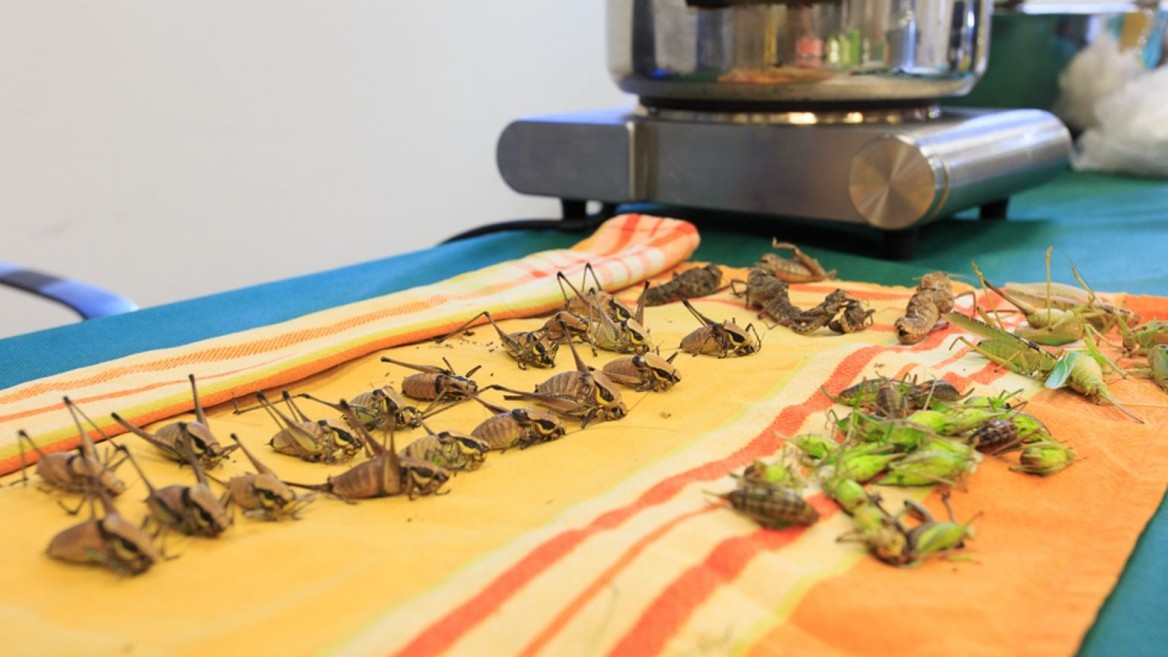 They may not look like lunch to you, but to many people around the world, grasshoppers add a high-protein, low-fat crunch to their diet.

And in true Israeli startup tradition, the Israeli company Steak TzarTzar has innovated a way to lengthen the normally short breeding season of edible grasshoppers by leaps and bounds. As a result, this costly and scarce source of nutrition will be more widely available, all year long.

It’s no joke: Chockfull of whole protein, vitamins and healthful fatty acids, with no cholesterol or saturated fat, grasshoppers could be one answer to the chronic malnutrition affecting approximately 805 million people, according to the United Nations.

This is a serious social business opportunity. Steak TzarTzar was a finalist in the 2015 Social Innovation and Global Ethics Forum competition in Geneva, and is one of 24 food startups nominated for the second annual Food+City Food Challenge Prize to be awarded in Texas in February 2016.

Nevertheless, cofounders Dror Tamir, Ben Friedman and Chanan Aviv know that eating grasshoppers sounds funny to Western ears, so they play up the humorous aspect of their business to make it more palatable. The name of the company combines the cute Hebrew word for “cricket” combined with “steak,” a word that makes many a Western mouth water. 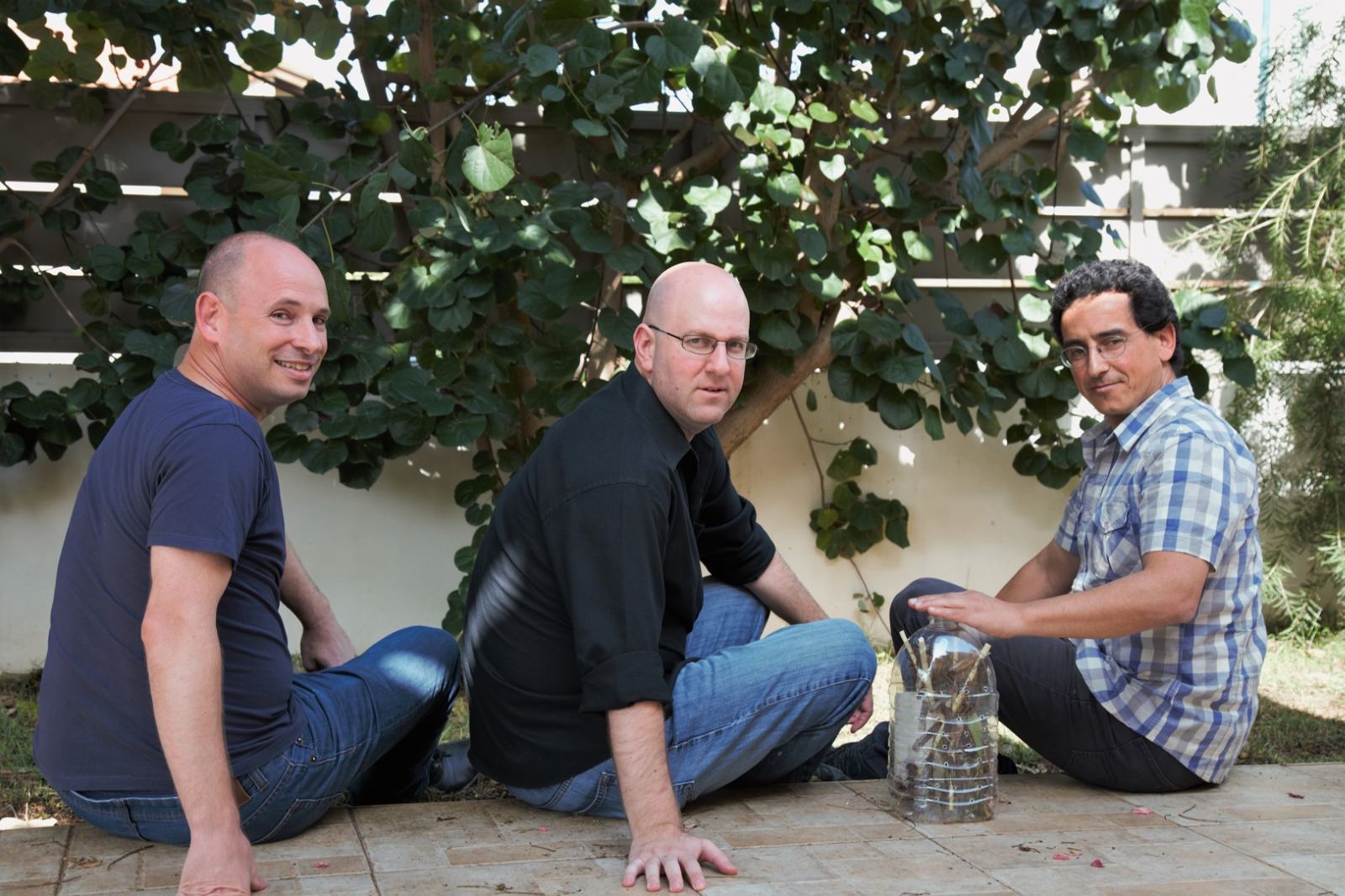 One way to get around the “yuck factor” will be using Steak TzarTzar grasshoppers as a basis for protein powders, a multibillion-dollar market. “There is a lot of interest from leading retailers such as Whole Foods,” Tamir tells ISRAEL21c.

Many other populations don’t need convincing. In Uganda and some other African countries, grasshoppers (called nsenene) are considered a national food. “An African will take a full fistful at a time, scooping them up the way Israelis scoop hummus with pita,” says Tamir of his observations at Steak TzarTzar tasting events.

“Even in Japan you can find imported grasshoppers in supermarkets, cooked in sauce,” he adds. “There’s also a huge industry of desserts from insects.” 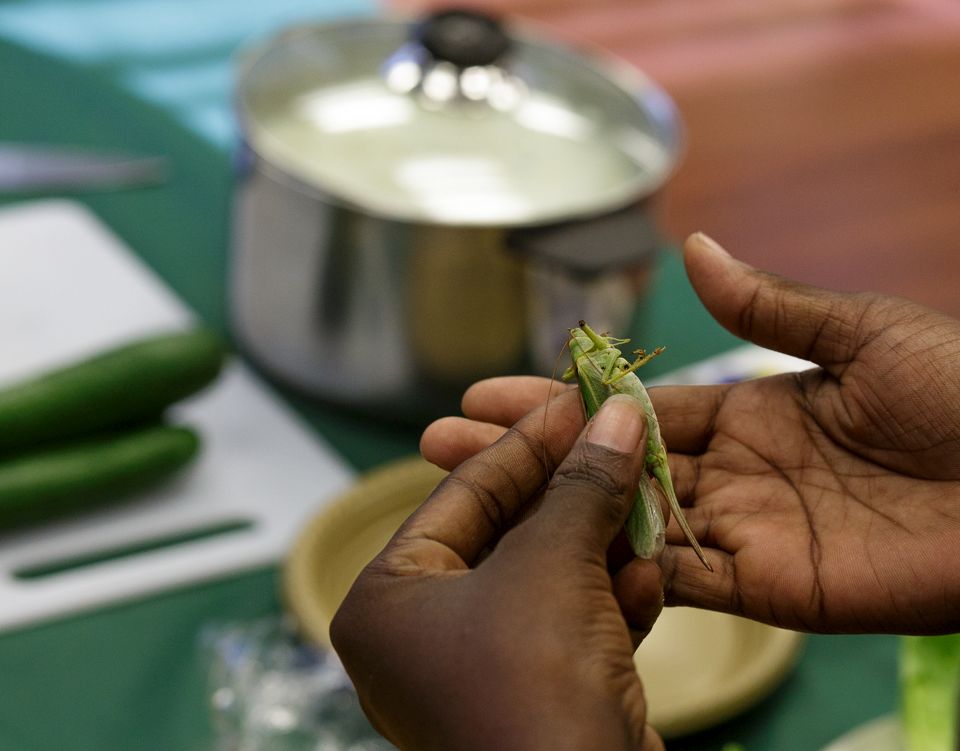 Among many Africans, grasshoppers are an accepted edible. Photo by Naor Friedman

Jumping into the food market

Steak TzarTzar was founded about two years ago, but stayed under the radar until the Israel Export Institute invited the company to present to a group of foreign reporters last spring. The NutraIngredients reporter in attendance wrote a feature about Steak TzarTzar that led to more than 80 articles worldwide in many languages, plus radio, TV and speaking gigs.

“At an event for Australian young industrialists visiting Israel recently, each speaker before me talked about the startup nation and high-tech, cyber — the usual buzzwords,” relates Tamir. “When it was my turn, I said we have a lot of innovations in low-tech as well, and we’re not ashamed of them.”

Still, there is a lot of research and development behind Steak TzarTzar.

“Even in Japan you can find imported grasshoppers in supermarkets, cooked in sauce,” he adds. “There’s also a huge industry of desserts from insects.”

Tamir, an accountant-turned-entrepreneur, first parlayed his concerns about childhood obesity and nutrition into PlateMyMeal, a set of sectioned children’s plates imprinted with dietary guidelines to help parents serve the right foods in the right amounts.

“I got so many reactions from all over the world about PlateMyMeal that I started reading more about nutrition and learned how a lack of protein in children’s and young women’s diets in Africa affects their growth, brain and immune system. Ben Friedman and I explored alternative proteins and stumbled across insects,” says Tamir.

“Grasshoppers have the greatest potential because they are the most edible insect around the world. About 1 billion people consume them, but they’re considered a delicacy and there are no commercial grasshopper farmers, so 90 percent of edible grasshoppers are harvested in the wild during a very limited season.”

If they could grow the creatures continuously, they would have no competition for 11 months of the year and stood to make a tidy profit.

“We found Chanan Aviv, an insect magician who knows how to ‘talk’ to small creatures,” says Tamir.

Aviv developed a method for breeding grasshoppers all year and helping them hatch in 11 to 14 days rather than in nine months as they do in the wild. He also optimized the growth cycle and feeding materials to reduce cost.

“Grasshoppers are picky herbivores, which is what gives them their excellent nutritional profile,” Tamir explains. The company’s advisers include world-renowned entomologist Yael Heifetz from the Hebrew University of Jerusalem. 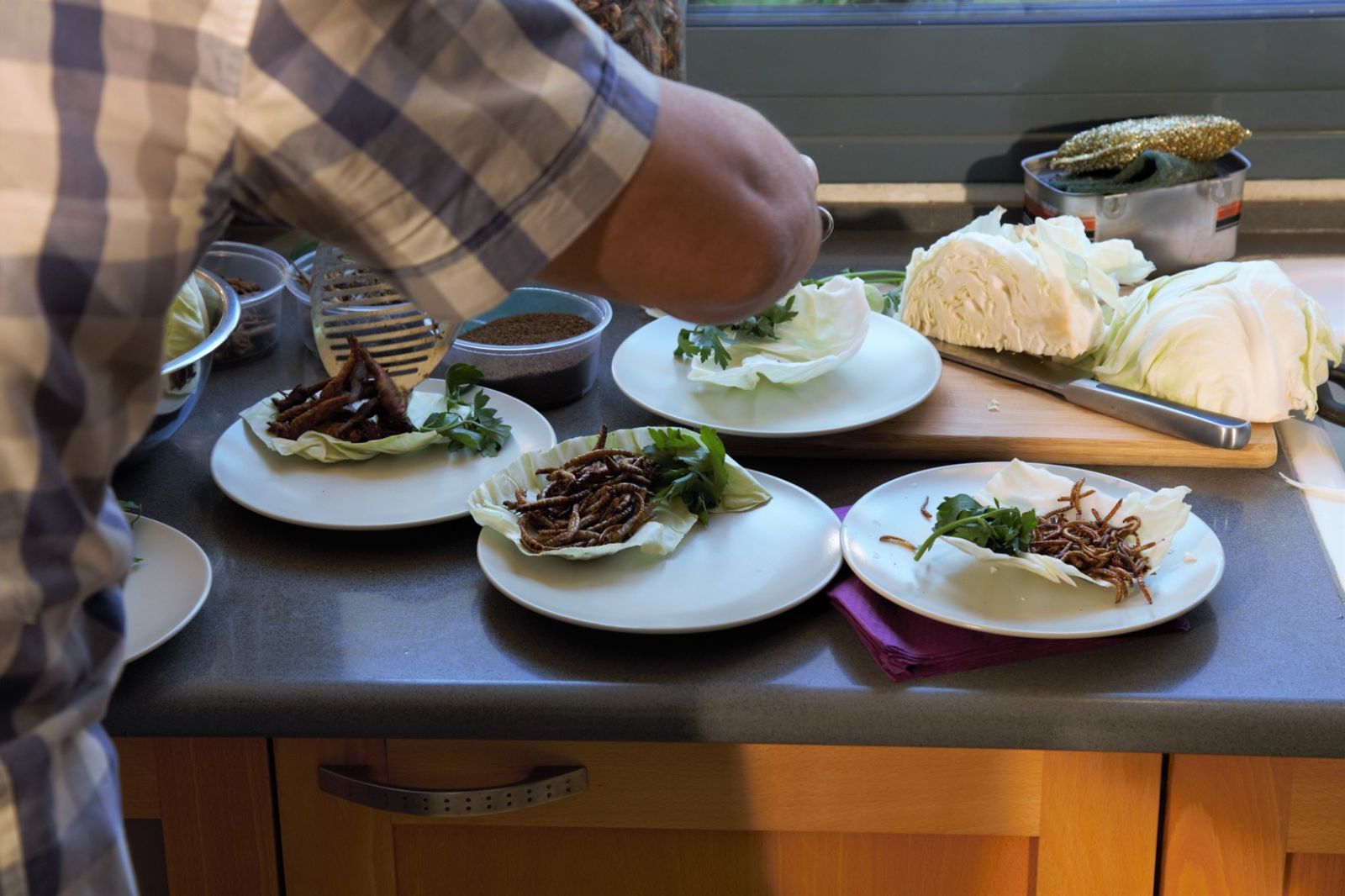 Sliced Steak TzarTzar grasshoppers could be added to salads. Photo by Naor Friedman

Steak TzarTzar is now starting to commercialize, having closed its research farm near the Sea of Galilee and upscaling its production farm in Tnuvot, also in the Galilee. Experts from Polyam Pollination Services at Kibbutz Yad Mordechai are helping the company develop industrial-scale grasshopper farms.

“We already have pre-orders from all over the world, from retailers and distributors in places we never thought of,” says Tamir. “In addition, many universities in Israel and around the world are interested in buying our grasshoppers to research their nutritional content.”

One of the two species sold by Steak TzarTzar will carry kosher certification.

“This is an amazing opportunity, but we need to scale up in order to increase capacity all over Israel,” says Tamir. “A lot of farmers are interested in having us use their facilities. First we need to educate everyone and tell the story.”

UNCOVER ISRAEL - Get the ISRAEL21c
Weekly Edition free by email
Sign Up Now!
Bring Israel's story to life.
Millions of people around the world rely on us to gain a deeper understanding of Israel. We are the trusted source for original content you won't find anywhere else.
You can make a difference. Donate today to support journalism that brings Israel’s story alive.
SUPPORT ISRAEL21c
Read more on:   Environment, Social Action, grasshoppers, Steak TzarTzar, Food and Drink