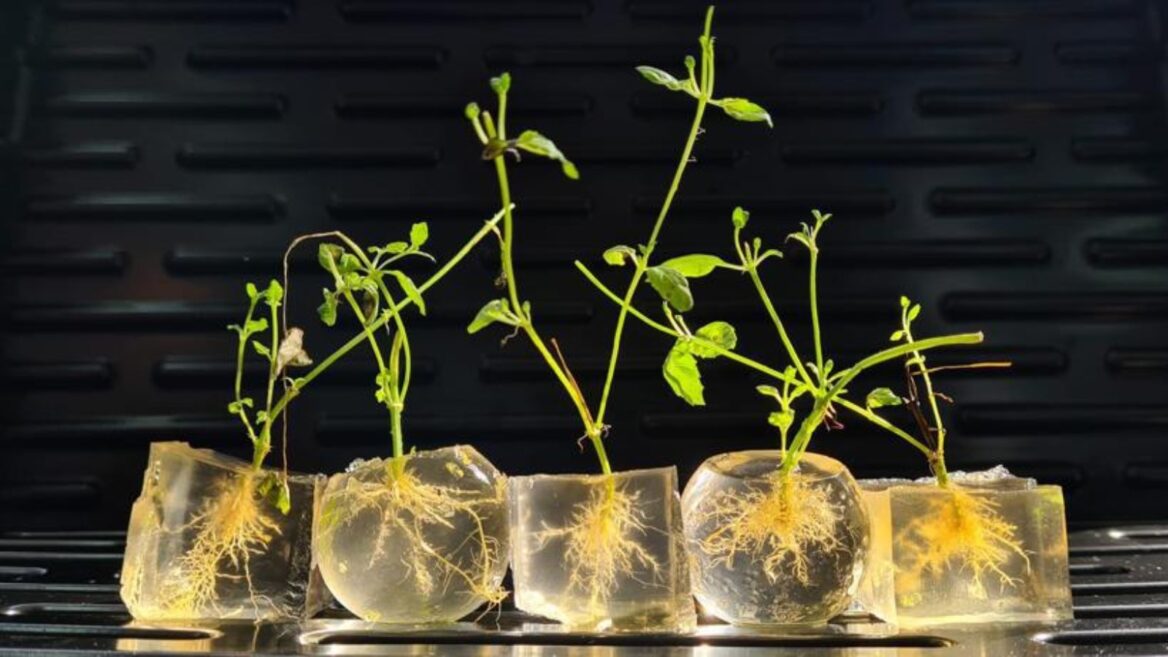 Selfgrow cubes contain all the water and nutrients a plant needs for six months. Photo courtesy of TomGrow

Can TomGrow save my marriage?

Here’s the problem: We have a lot of plants in our home. Every time my wife has to travel and I am tending the house, I invariably forget to water some of the plants. My wife comes home to several brown and dying plants and I get an earful.

Israeli startup TomGrow has developed technology that self-waters the plants and delivers all the nutrients needed for six months. With TomGrow, you’ll only need to water your plants a couple of times a year, a definite salve for horticulturally challenged relationships like mine.

TomGrow has developed an alternative to traditional soil that consists of gel cubes filled with water. It looks odd at first glance – instead of the typical dark soil, the plant’s roots are embedded in what look like ice cubes. 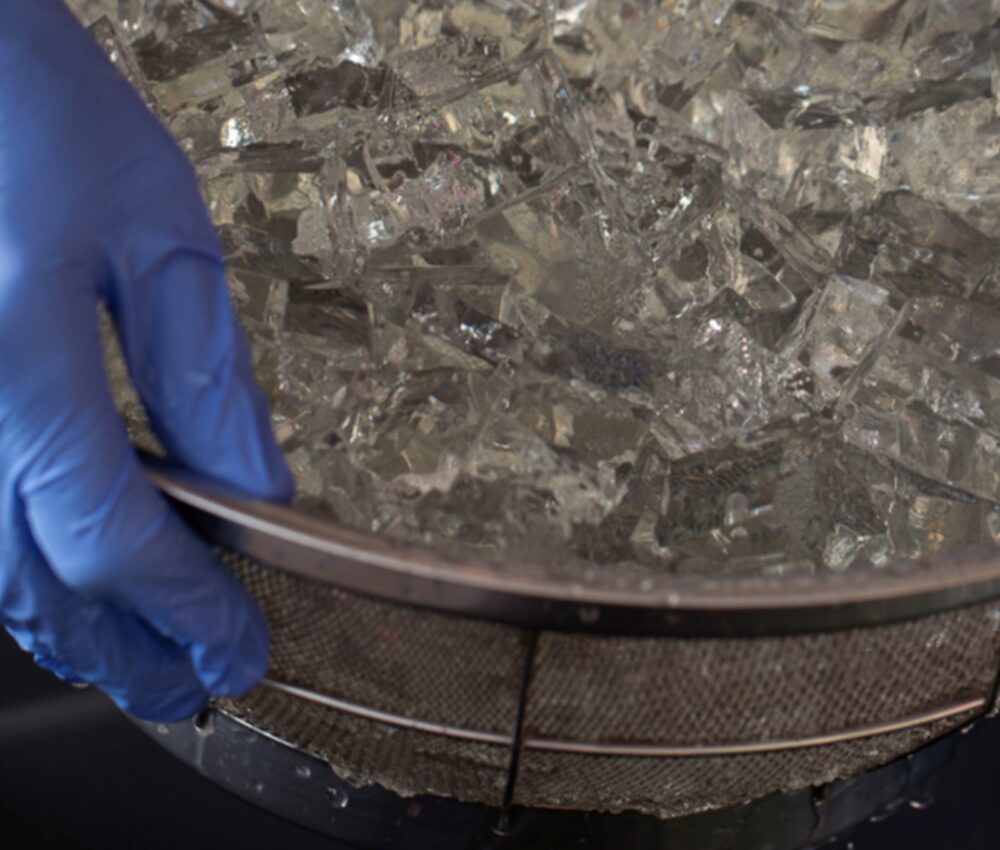 TomGrow CEO Rotem Brakin calls his company’s cubes MediumX and refers to them as a “programmable growth medium.”

That’s a fancy way of saying that the cubes are packed with the right mix of water and nutrients for the plants they’ll feed. Blueberries, for example, require different levels of acidity than do tomatoes.

The cubes don’t have any embedded technology – their insides look like a tiny fishing net dubbed a “nanomatrix.”

It’s the plants that determine how quickly the water and nutrients are delivered. A wireless sensor in every planter monitors what’s left in the cubes and sends a daily report to the TomGrow cloud and then to the customer’s phone or computer. 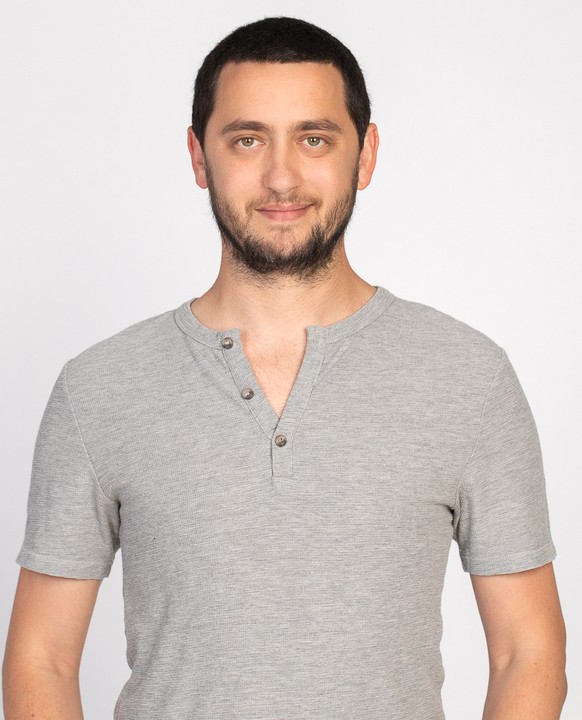 Brakin is not a horticulturist. He came to TomGrow after establishing the fintech sector within the Israel Export Institute.

He was friendly with Ariel Halperin and Ran Ben-Or, managing partners of Tene Capital, who were doing due diligence on a different company developing newfangled planters. Tene asked Rotem’s father, landscape designer Gideon Brakin, what he thought of the idea. He was not impressed.

Then, the proverbial lightbulb went on for the future TomGrow team. “We realized we didn’t want to make a solution that’s just slightly better. We needed to do something crazy,” says Brakin.

They ran their idea by Hebrew University Prof. Uri Shani, a well-known expert in soil and water science. Shani gave his blessing and, in 2018, Brakin and his three cofounders (Gideon, Halperin and Ben-Or) incorporated and set up shop in Tel Aviv-Jaffa.

They have a research partnership with Tel Aviv University’s organic chemistry department intended to “create a new language between plants and chemistry,” Brakin says. “We work as one team, brainstorm on our next development, then go to the lab and plant it in our indoor facility.” 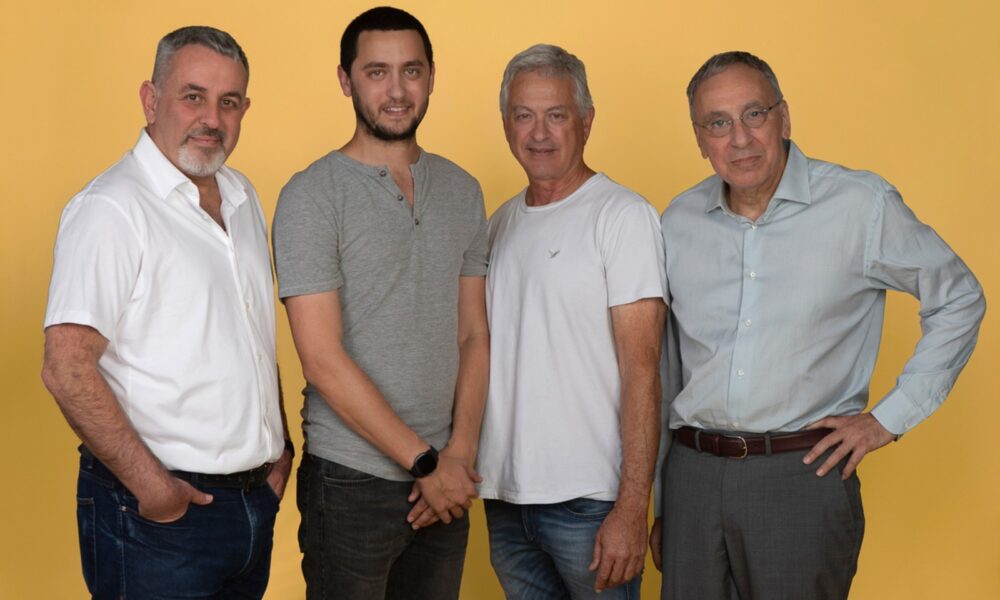 The future of indoor agriculture

TomGrow’s cubes are not only convenient; they also have environmental benefits. It turns out that the best soil for plants comes from peat moss, which is formed from dead plants and contains a huge amount of CO2, Brakin points out.

“It’s great for plants but bad for nature. We replace peat moss with 99% water in our cubes.”

Plus, a gel-encased cube is much less bulky than soil, so the shipping makes less of an environmental impact. Furthermore, says Brakin, “We can save 70% of the water you use.”

Selfgrow – The plants are the same, everything else is different from Mia Serra on Vimeo.

TomGrow is starting by testing its product on ornamental plants in Israeli offices, hotels, hospitals and malls. It will expand to Europe in 2023, working with decorative plants and with those bearing fruits and vegetables.

“It’s not farm-to-table but customer-to-mouth,” Brakin quips. “Our aim is to have 50% more indoor plants in offices, hotels and public spaces. The future of agriculture is indoors.”

Indoor plants can also improve air quality in a home or office. NASA’s Clean Air Study already demonstrated 30 years ago how houseplants can clear the air of chemical pollutants.

“We can grow anything – spices, tomatoes, cucumbers, fruit,” Brakin points out. “(The “tom” in TomGrow stands for tomatoes.)

“But we’re a small company, so when you find what is the most complete first product, you do that. This is a new platform that helps you grow plants independently. You don’t need to do anything. There are no protocols, no pipes or irrigation. You just put it in and magic happens.”

TomGrow’s first product, Selfgrow, is a complete kit containing the planter with the plants, the cubes and sensors. “You can just take it to your office and put it there. We’re a simple, one-stop shop,” Brakin says.

Another advantage: Because there’s no soil to overwater, there’s no danger of leakage. You can put a Selfgrow-powered planter on any surface, even on an expensive carpet.

And whereas soil is also opaque, the cubes allow you to see if your seedlings have sprouted roots or if the soil has fungi or bacteria that could cause problems.

When TomGrow gets to nurturing food and not just ornamental plants indoors, it will have some Israeli startup competition such as AgwaFarm and Hydi.io.

Brakin expects that in 2023 TomGrow will expand into the home market and not just offices and airports. That’s where the company might have the most impact, as it helps keeps marriages alive even when certain spouses have a decidedly less-than-green thumb.

For more information on how TomGrow can help save your marriage, click here

UNCOVER ISRAEL - Get the ISRAEL21c
Weekly Edition free by email
Sign Up Now!
Bring Israel's story to life.
Millions of people around the world rely on us to gain a deeper understanding of Israel. We are the trusted source for original content you won't find anywhere else.
You can make a difference. Donate today to support journalism that brings Israel’s story alive.
SUPPORT ISRAEL21c
Read more on:   Environment, sustainability, TomGrow