Ori Hofnung couldn’t read until he was 12 years old.

Despite his parents being educators – his father was a professor of political science at Hebrew University, his mother a teacher – they and the professionals whom they consulted couldn’t figure out the problem until he was finally diagnosed with dyslexia.

“I saw my parents’ frustration,” Hofnung tells ISRAEL21c. “I saw how they were lost in the world of child development. I said to myself then that, one day, I will tackle this problem.”

But it took a psychological toll. “It was a huge blow to my self-esteem, and it made my parents believe I would never be successful,” he says.

Hofnung proved that prediction wrong. Now 33, he is CEO of GiantLeap, an Israeli startup developing the very tool that could have helped him.

GiantLeap is a home learning assessment application that runs on an iPad.

There are two components to the product, linked by a shared database.

The first is a set of video games for children as young as four. “It provides a 360-degree view of the child’s needs and abilities,” Hofnung explains.

The second is a questionnaire for parents, also completed on the iPad, providing a full assessment of what’s going on with the child in the real world, at home and at school.

The software uses artificial intelligence to translate that input into an easy-to-read summary of the child’s developmental status. It then provides personalized recommendations for activities to help the child improve and succeed.

For example, “we understand phonological awareness, how to break words into sounds,” Hofnung says. “If we see a child is struggling, we’ll give the parents exercises on how to manipulate different words.” The activities take place both on and off the iPad.

Hofnung showed us an activity on “flexible thinking” where the parent is prompted to ask the child to solve a series of simple real-world problems before bedtime. 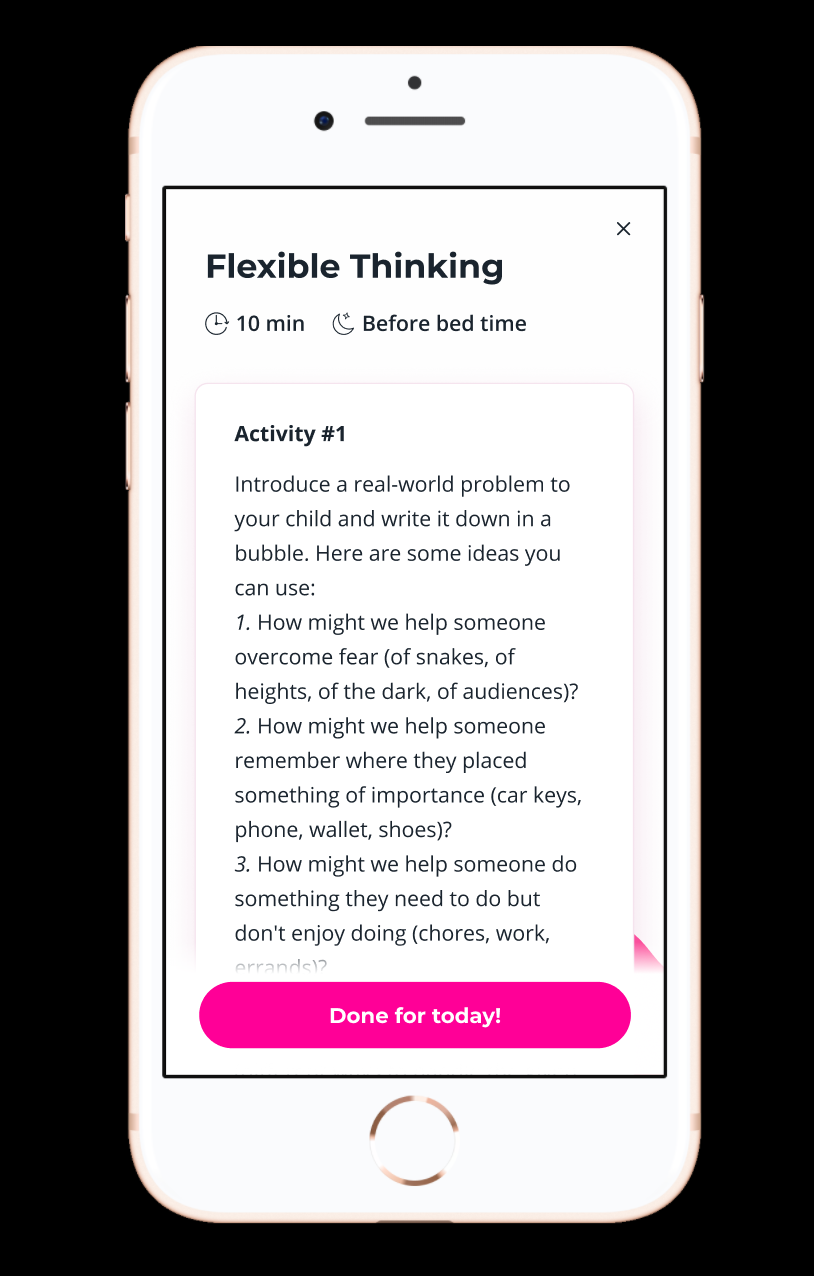 The app gives parents a score on how much they’re “investing” – that is, practicing the daily exercises – in their child’s development.

Because GiantLeap is meant to be used at home, the assessment can be retaken every few months, providing up-to-date data and new personalized activities.

“Children’s brains develop very fast at this age. After a few months, any evaluation done previously won’t be relevant anymore,” Hofnung points out.

One math assessment for young kids that Hofnung showed us, for example, has the child tap the screen to indicate whether there are more yellow or blue balloons in the virtual air – a cognitive test that has been fully gamified. 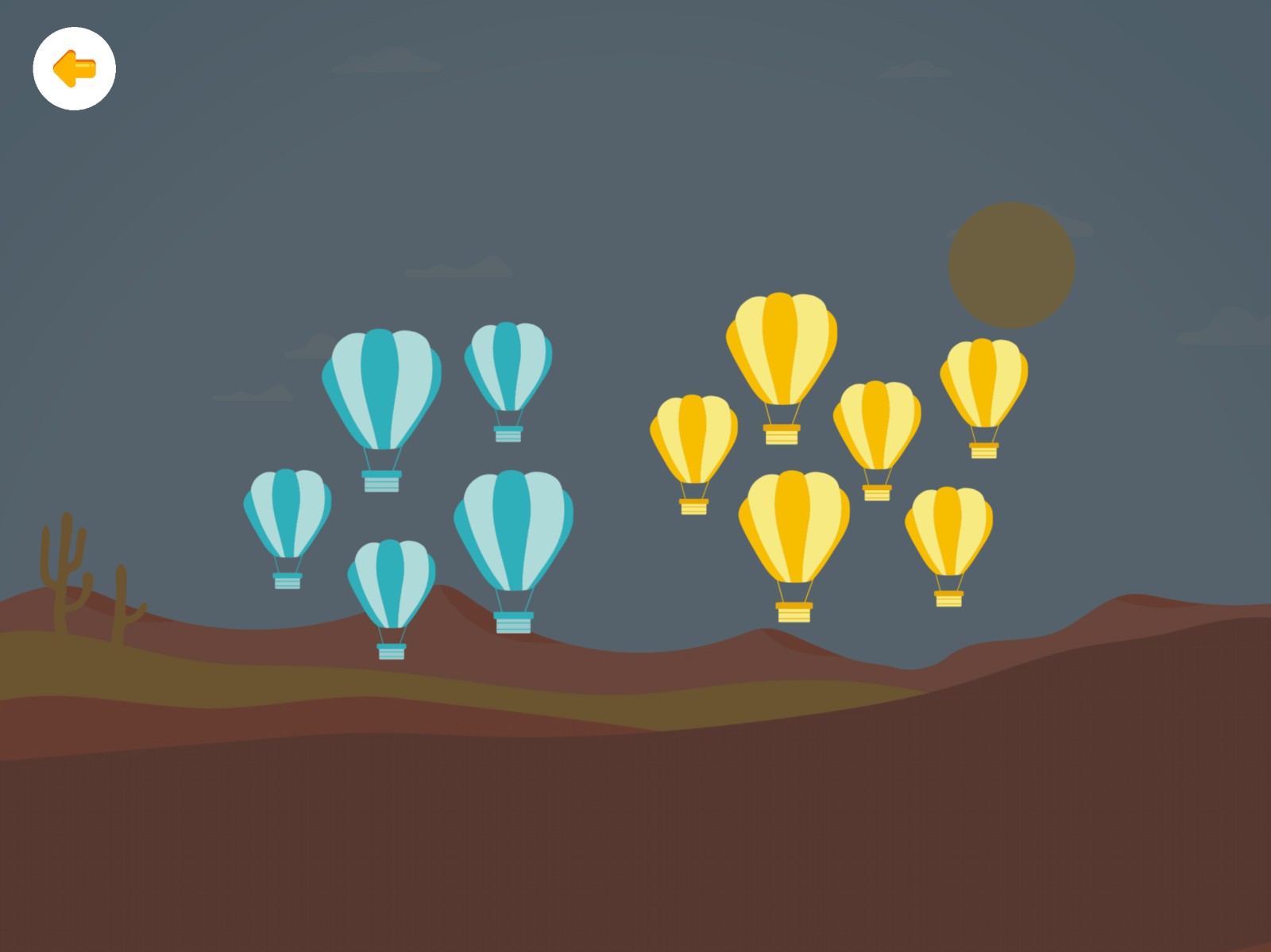 A gamified cognitive test on GiantLeap.

The resulting data is visualized on a “spider graph,” where data radiates out from a central point like a web.

“It shows the child as whole – both opportunities and areas of difficulties,” Hofnung stresses. One of GiantLeap’s goals is to make it clear that “a child is not just the sum of his or her weaknesses.” 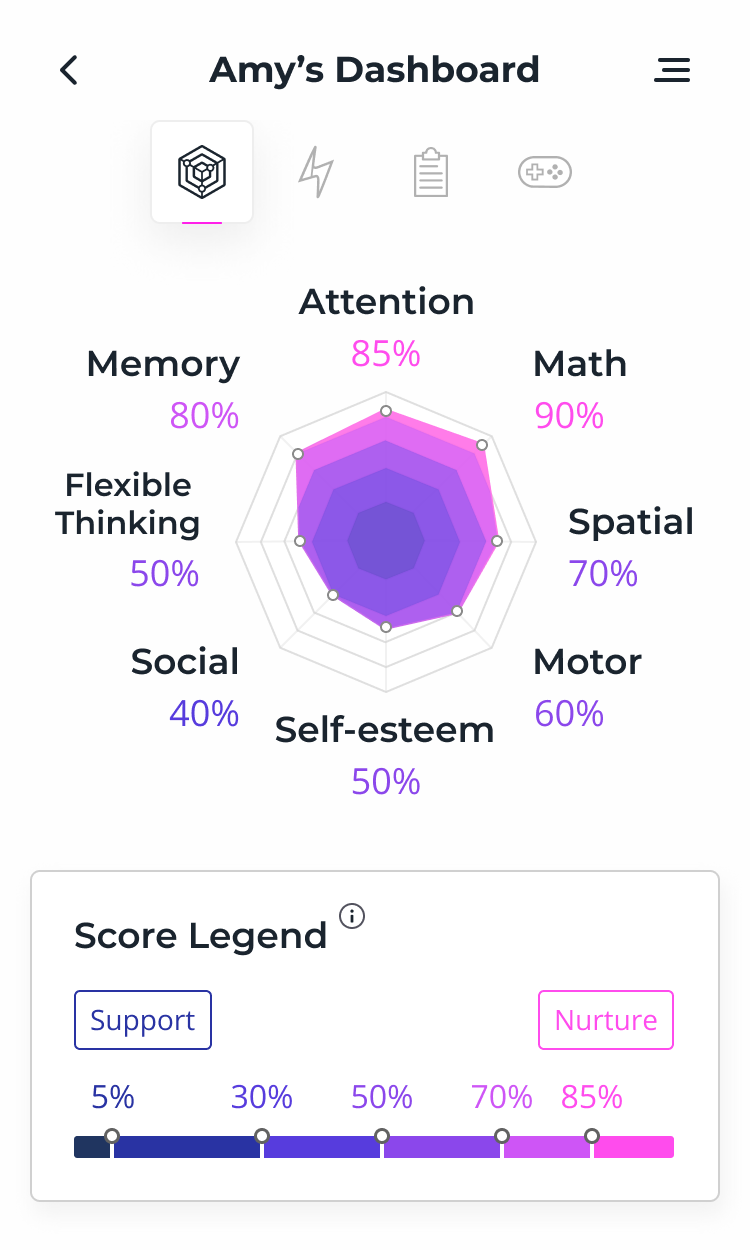 Still, GiantLeap is not a certified diagnostic tool. If a parent needs a professional assessment to obtain special services from the school system, that will necessitate an appointment with a specialist.

GiantLeap does have the backing of one major medical establishment – the Texas Medical Center in Houston. GiantLeap joined TMC’s accelerator cohort in 2019 (“the youngest company ever to be accepted, and with just a rough prototype,” Hofnung points out) which allowed GiantLeap to develop and test its product with parents and children at TMC’s Innovation Institute.

Hofnung says that working at TMC was essential in giving GiantLeap an “American kosher stamp” and to avoid the problem Israeli startups can encounter when they come to the US with data collected in Israel and potential clients respond with, “Call us when you have your first American pilot.”

Until GiantLeap secures partnerships with healthcare providers, the product is available as a free download from the company’s website. The free version includes the assessment components, the spider graph and, for early users, some of the post-evaluation content.

“The product is not complete yet,” Hognung stresses. When it is – hopefully by the end of 2021 – a paid model will be based on an annual subscription of between $120 and $150.

Some of those users came through private tutoring firm Advantage Testing, a GiantLeap partner. GiantLeap is also starting to partner with some private kindergartens and a preschool in Houston.

The company has no direct competitors, Hofnung says, but plenty of indirect ones, including companies offering assessments and websites that provide mainly generic information about how to help your child thrive. 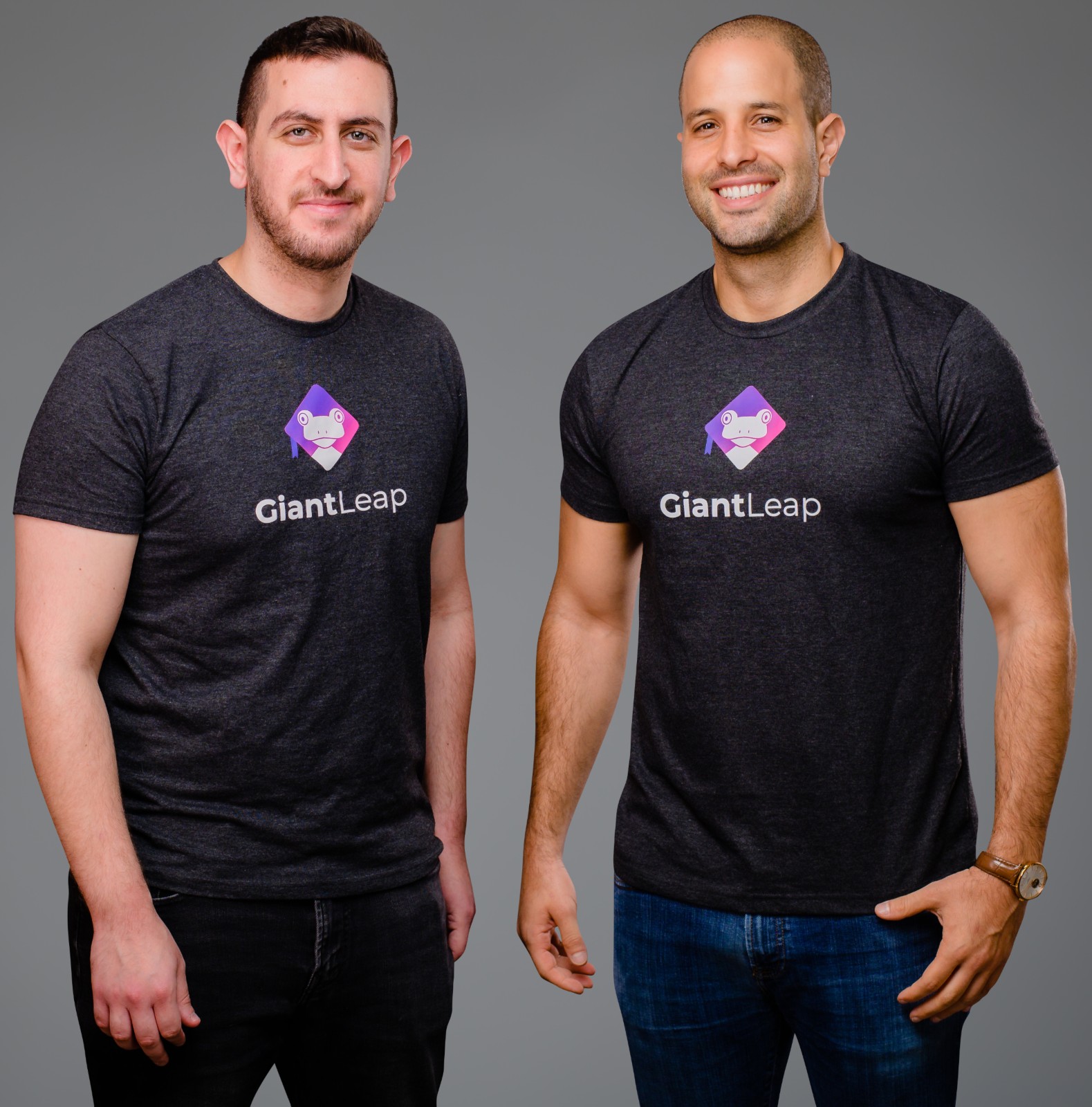 Covid-19 has increased interest in home-based assessment tools such as GiantLeap’s. Care providers are now approaching GiantLeap about how to offer the product, Hofnung says. “Providers who were cynical at first are now even contributing to our content.”

Hofnung eventually learned to read when his bar mitzvah tutor figured out a method where whatever he needs to read (or write) is recorded and played back as audio. He was able to get through his Torah portion that way and got a master’s degree in legal studies from Bar-Ilan University as well.

Now fluent in Hebrew, English, Spanish and Portuguese, Hofnung has spent much of his professional career in the US and Brazil, where he was the general manager of the Latin American division of Israeli online publishing platform Playbuzz.

He co-founded GiantLeap in 2018 with his childhood friend Nadav Goshen. GiantLeap is headquartered in Tel Aviv.

Hofnung wound up doing fine despite his learning disabilities. But he says if GiantLeap had been around when he was growing up, it would have “shown my parents that I struggle with language skills at a much earlier age and they could have worked with me on phonics in a fun way.”

Hopefully, other parents grappling with their children’s learning challenges will not have to leap over so many hurdles.