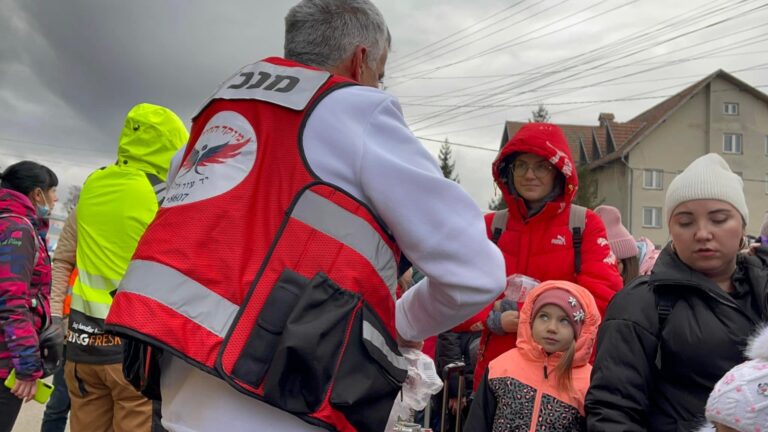 “I’ve traveled around Ukraine for a few days, and I see a lot of suffering,” Shimon Sabag posted on Facebook on February 27.

Sabag is head of the Yad Ezer L’Haver (Helping Hand to a Friend) organization of Haifa. He and other volunteers are distributing food to the Jewish community and to displaced Ukrainians at border crossings.

Other Israeli organizations providing medical, psychosocial and other forms of humanitarian aid to refugees and relief workers in Ukraine and bordering countries include SmartAID, IsraAID, United Hatzalah, Rescuers Without Borders and NATAN International Humanitarian Aid.

In addition, the Israeli Foreign Ministry’s MASHAV international development agency is sending three flights with 100 tons of supplies to Poland for transfer to Ukraine, including 17 tons of medical equipment and medicine. Water purification systems, tents, blankets, sleeping bags and coats are also on their way from the ministry.

Sabag said that Yad Ezer L’Haver brought a truck full of food from Odessa and are distributing it in Lviv, Kyiv and other places in the war zone where food and supplies are running low.

“I felt immense Jewish pride that after 77 years that no one helped the Jews during the Holocaust we came to help the Ukrainian people in their difficult time,” he posted. 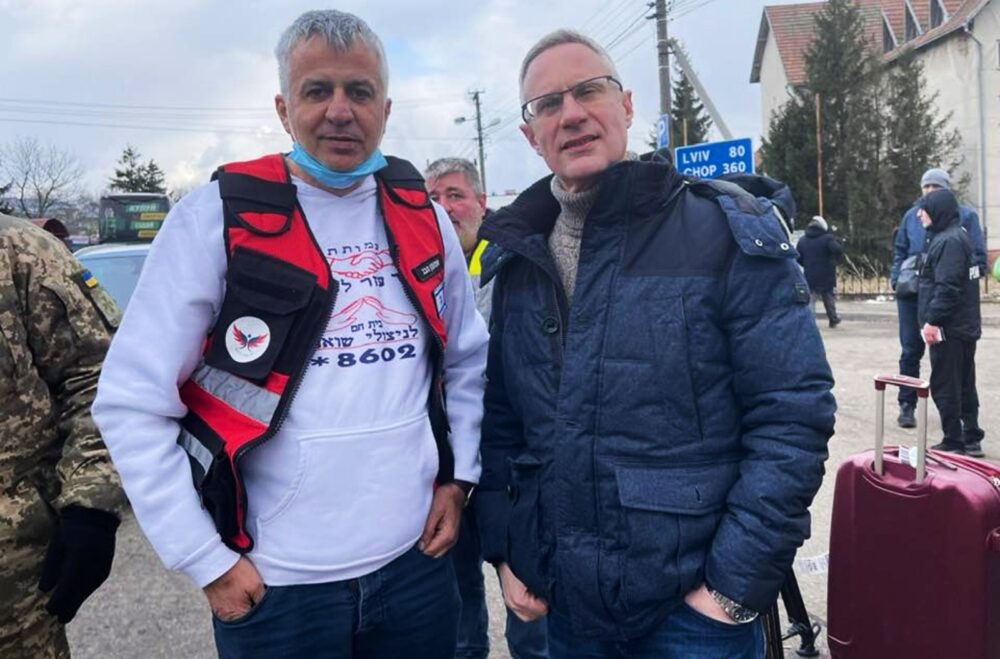 Yad Ezer L’Haver was founded in the 1990s to provide aid to families in need and children at risk in Haifa. The organization now runs soup kitchens, a children’s home and an assisted-living facility for impoverished Holocaust survivors, among other services.

UNCOVER ISRAEL - Get the ISRAEL21c
Weekly Edition free by email
Sign Up Now!
Bring Israel's story to life.
Millions of people around the world rely on us to gain a deeper understanding of Israel. We are the trusted source for original content you won't find anywhere else.
You can make a difference. Donate today to support journalism that brings Israel’s story alive.
SUPPORT ISRAEL21c
Read more on:   News, Humanitarian Aid, Social Action, Ukraine, SmartAID, IsraAid, United Hatzalah