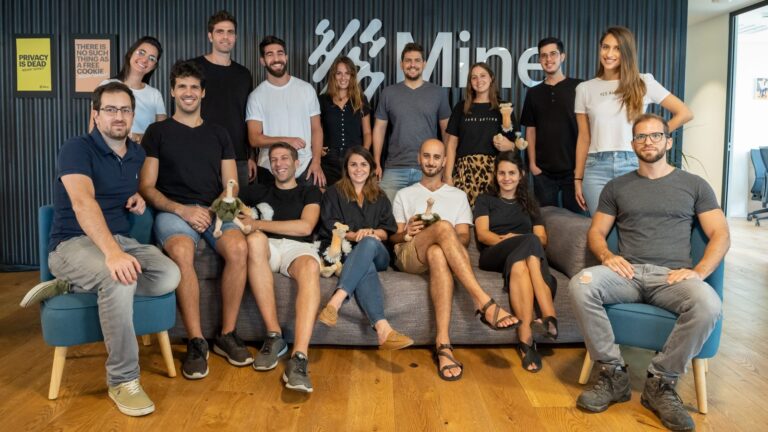 Tel Aviv start-up Mine becomes the first Israeli company to be invested in by Google’s AI-focused venture fund. Photo: courtesy

Mine, which enables consumers to reclaim their personal data and reduce personal data privacy risks, announced the $9.5 million round as it launched its product in the United States.

Having launched in Europe earlier this year, the company has facilitated more than a million data reclamation requests in 2020.

The Tel Aviv-based startup helps its users discover what companies hold their personal data and submit a deletion (Right-To-Be-Forgotten) request for services they no longer use.

On average, the company says, people share their personal information online with some 350 companies, most of them for a one-time interaction. These digital traces can pose an identity theft risk and be abused by hackers and organizations.

Data privacy is without a doubt a mainstream concern, but most people don’t know how to control who holds their personal data.

“We want to change this by making privacy regulations accessible and easy for everyone, so consumers can set their own terms and draw the line on what data they are willing to share,”​ says Mine co-founder and CEO Gal Ringel.

“By streamlining the ‘Right-To-Be-Forgotten’ processes we are bridging the gap between consumers and companies which will shape a new future of data ownership.”

“We’re very excited to partner with the team at Mine to give consumers visibility and choice over their personal online data. Mine allows the average consumer to access and control over their personal data, and as a result, allows companies to maintain a higher standard when it comes to responsible data collection and security,” he says.

Gradient Ventures was joined in the investment round by e.ventures, MassMutual Ventures, Battery Ventures and Saban Ventures.