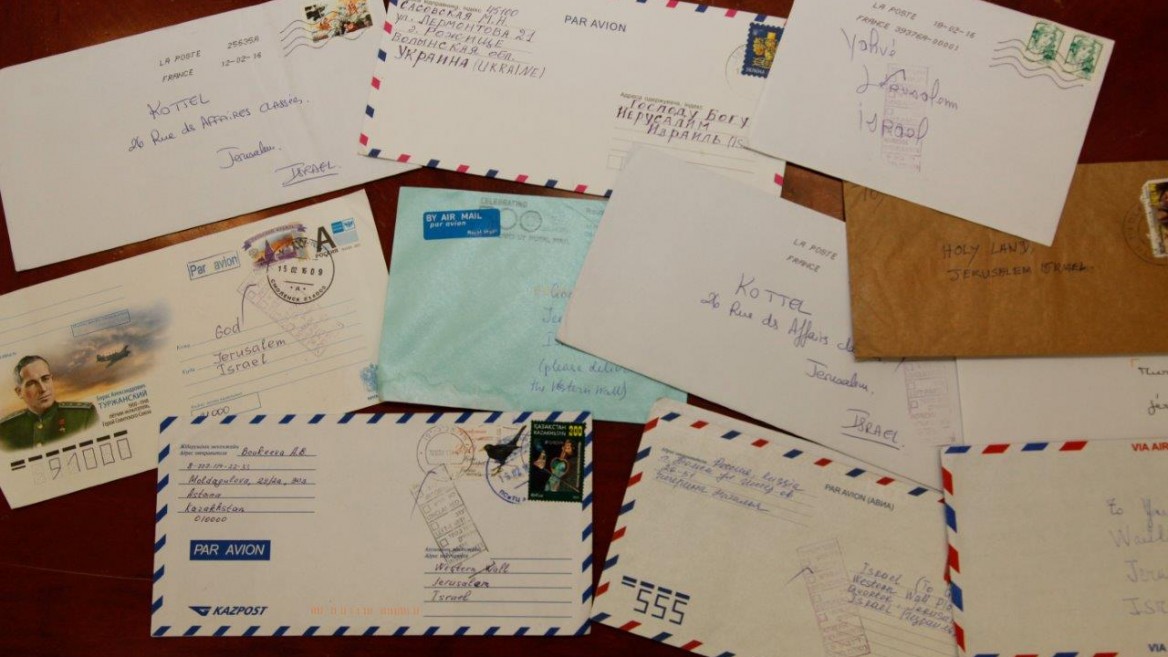 From all over the world letters to God are sent to Israel without a return address.

The Israel Post Lost and Found Department collects the letters and, every few months, gives them to Western Wall and Holy Sites Rabbi Shmuel Rabinowitz to be placed between the stones of the Kotel in the Old City of Jerusalem.

The tradition of leaving notes  in the cracks of the Western Wall is thought to have begun nearly 300 years ago, when a rabbi sent his students with a prayer in writing because he was unable to make the journey alone. 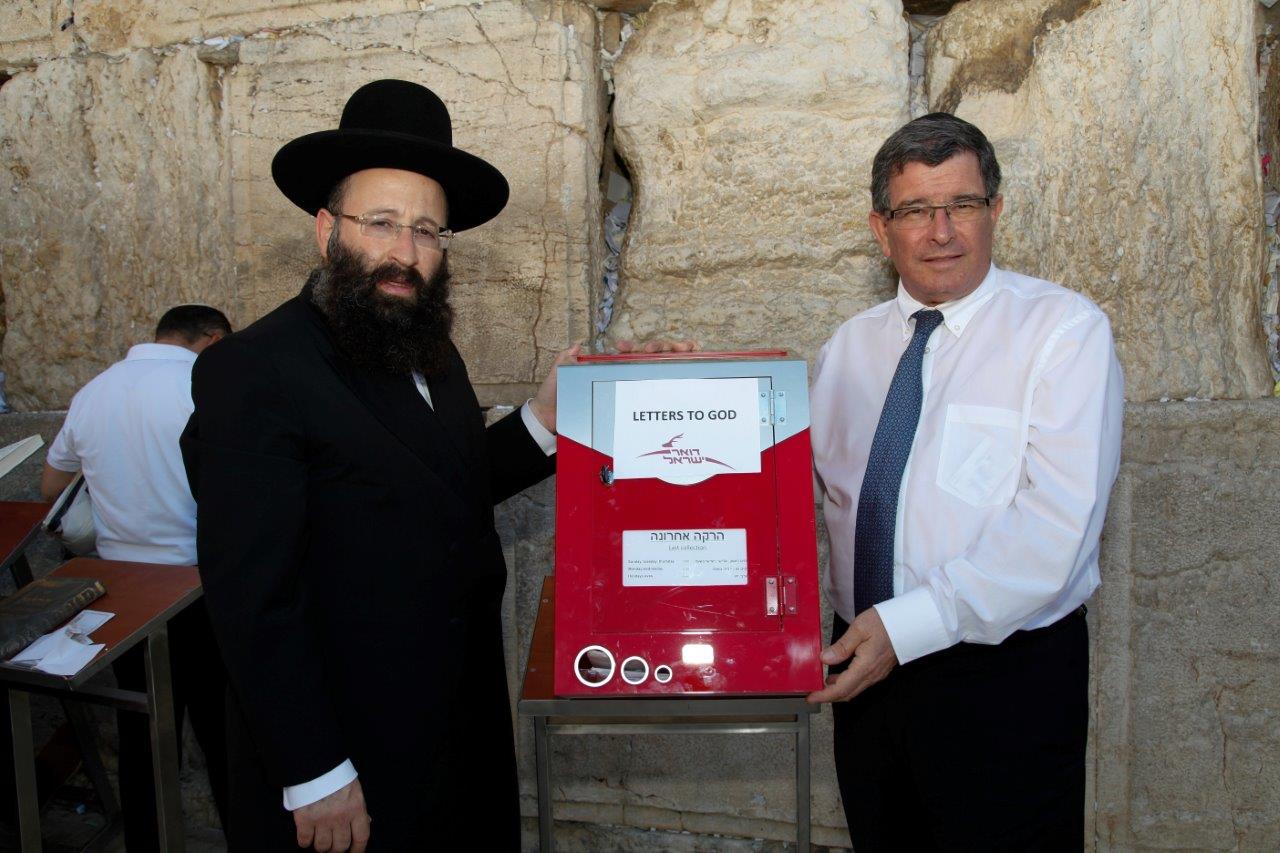 Millions of people visit the Western Wall – one of Judaism’s holiest sites – every year and leave requests on pieces of paper they then wedge into the cracks of the stones.

Ahead of Rosh Hashanah and Yom Kippur, employees at the Western Wall in the Old City of Jerusalem clean out the wall and take old notes to be buried on the Mount of Olives. 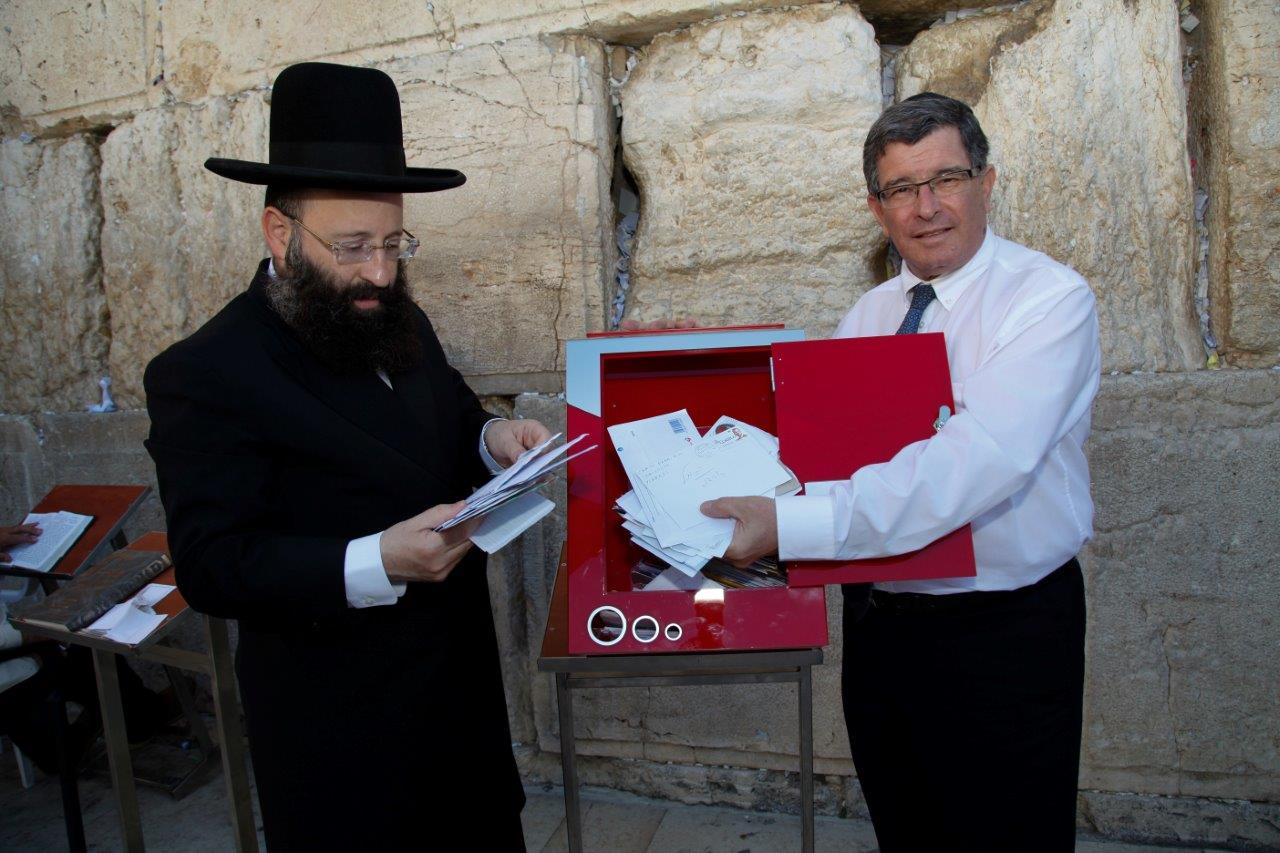 The letters — addressed to “God,” “Jesus,” “Our Dear Father in Heaven” and “the Western Wall” — come from Russia, China, France, Nigeria, Spain, the Netherlands, the US, the UK, and other parts of the world.