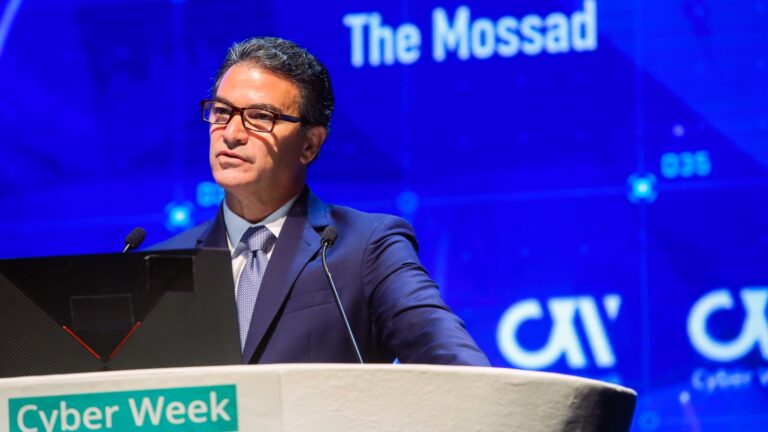 The magnitude of Israel’s cybersecurity industry was on full show this week at the 9th Annual Cyber Week Conference at Tel Aviv University, which saw thousands of participants from all over the world gather to catch up on the latest achievements and challenges in this ever-evolving field.

The week-long event, the largest conference on cyber tech outside of the US, took off on Sunday, when the first of 8,000 attendees from 80 different countries began gathering at some of the 50 events taking place at Tel Aviv University.

Hundreds of Israeli companies and startups exhibited at the event, showcasing Israel’s leading position worldwide in the sector.

Four hundred speakers were scheduled to speak at the exhibition, among them Prime Minister Benjamin Netanyahu, Mossad chief Yossi Cohen and Israeli cybersecurity hotshots such as Check Point founder and CEO Gil Shwed.

Panels at the conference discussed topics such as cyberattacks against nations, cybersecurity for aviation, women in cybersecurity and academic perspectives on cybersecurity challenges.
Participants included representatives from corporations such as Microsoft, McAfee, Bosch and IBM, as well as founders and innovators of Israeli cybersecurity startups.

According to a report by the Israel National Cyber Directorate ahead of the conference, the past five years have seen the number of cybersecurity companies in Israel double, reaching 752 companies employing 20,500 Israeli workers.

From 2014 to 2018, Israeli cybersecurity companies raised $3.9 billion in 501 fundraising rounds, and in 2017 alone reached exports valued at around $6 billion, the report added.
The report also stated that the greatest difficulty facing the cybersecurity industry is the issue of available workforce, with 90 percent of employers saying that hiring employees remains the biggest challenge.

UNCOVER ISRAEL - Get the ISRAEL21c
Weekly Edition free by email
Sign Up Now!
Bring Israel's story to life.
Millions of people around the world rely on us to gain a deeper understanding of Israel. We are the trusted source for original content you won't find anywhere else.
You can make a difference. Donate today to support journalism that brings Israel’s story alive.
SUPPORT ISRAEL21c
Read more on:   News, Technology, Cyber Security