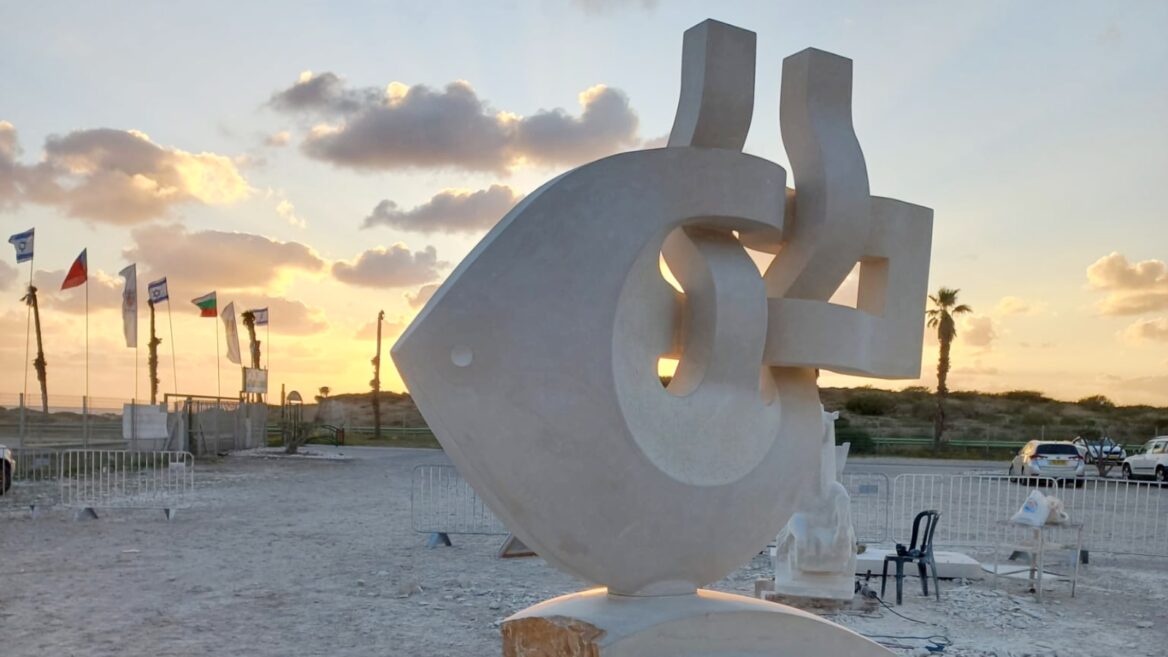 Give outstanding artisans from various countries the space and tools to transform giant hunks of stone, and in less than three weeks they’ll present you with durable, delightful public artworks.

That’s the idea behind the International Sculpture Symposiums organized by Israeli company ArtArena in Israeli cities such as Rishon LeZion, Dimona, Eilat and, most recently, Hadera on the Mediterranean coast.

Hadera River Park was the scene of an International Sculpture Symposium from March 27 through April 14.

Adam Katz, ArtArena’s owner and the producer of the event, put out a call for stone sculptors from around the world to submit proposals on the theme of “city and sea.” 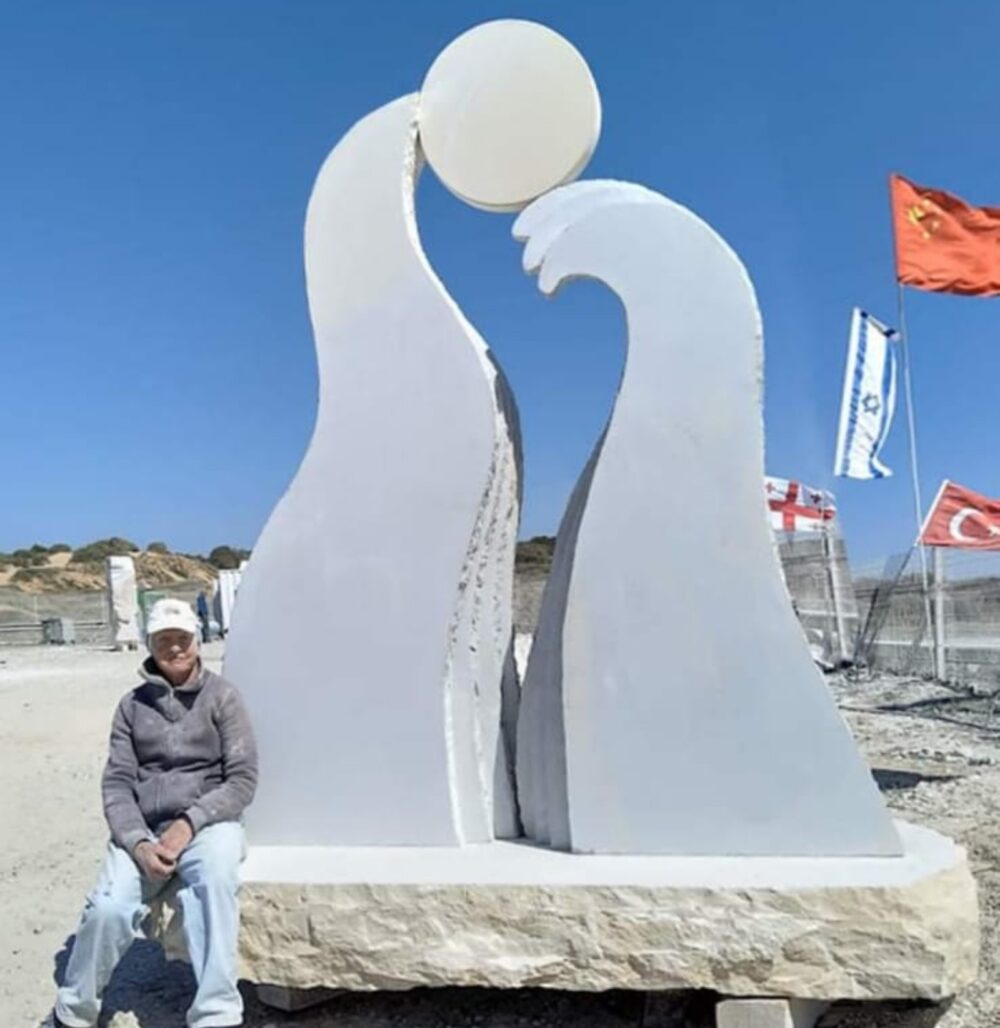 “Eventually about 500 proposals were submitted and a committee from the municipality chose the participants,” he tells ISRAEL21c.

The sculptors who came included Yuri Matzkin, Tanya Preminger, Igor Brown, Manuvel Petrosianת Anton Biderman and Shlomo Katz from Israel; Jhon Gogaberishvili and Ivane Tsiskadze from Georgia; Kirill Grekov from Estonia; Evrim Kamaglu from Turkey; and Marino Di Prospero from Italy. (In tribute to two Ukrainians who were not able to take part, the Ukrainian flag was raised during the symposium.) 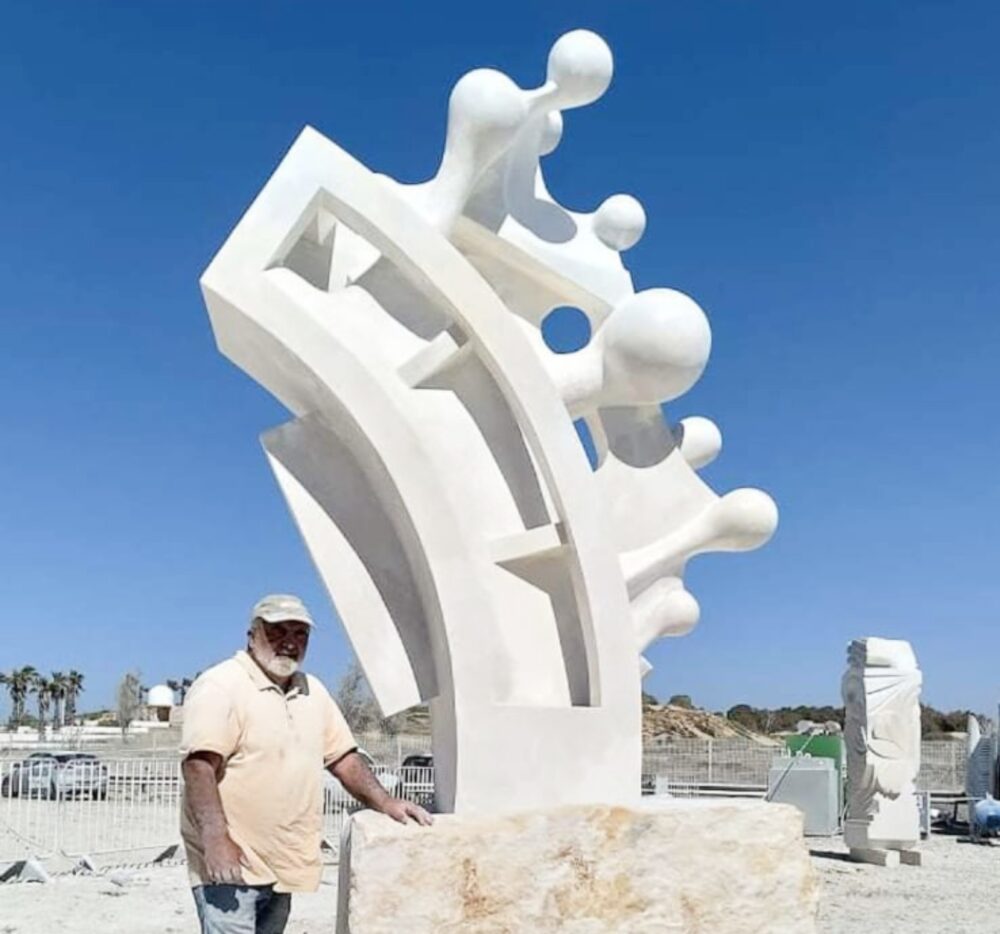 Georgian sculptor Jhon Gogaberishvili with his creation at the International Sculpture Symposium in April 2022. Photo by Tanya Preminger

The artists were hosted in Hadera for 19 days and supplied with a large limestone rock as well as tools such as drills and sandblasters. The rest was up to their imagination.

“The idea of a symposium is to take different people from the same field and have them work together and help one another,” says Katz. 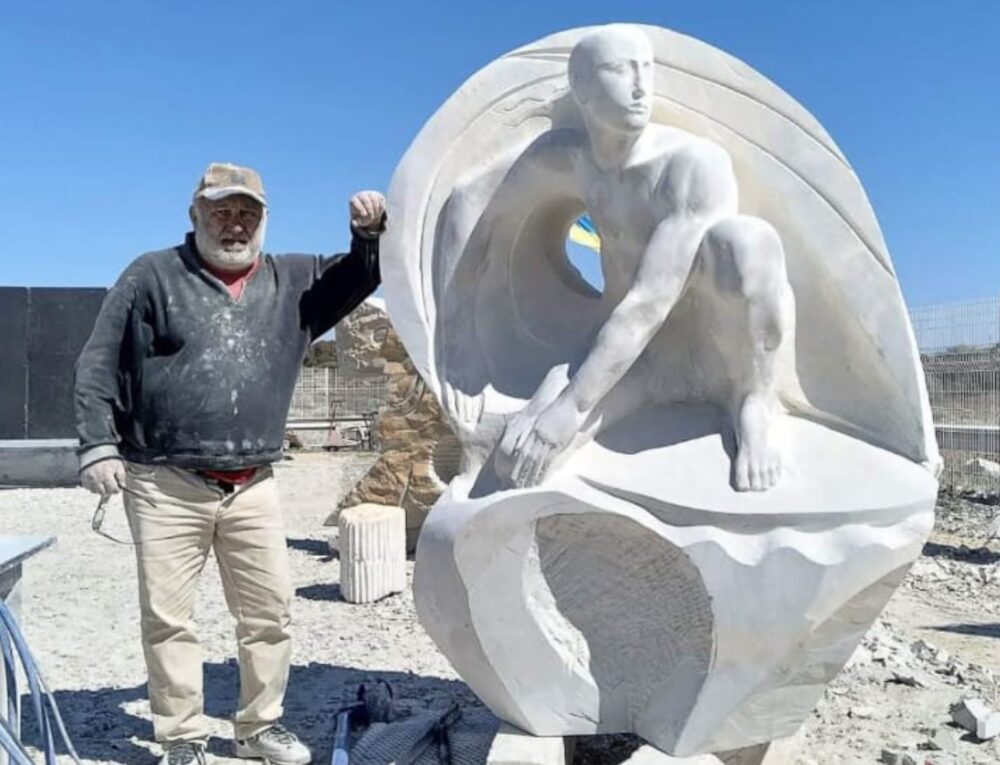 Georgian sculptor Ivane Tsiskadze with his masterpiece in Hadera at the International Sculpture Symposium in April 2022. Photo by Tanya Preminger

“The main goal is to put a spotlight on these artists and to give the public an opportunity to watch them at all stages of the creative process of turning a big block of stone into a marvelous sculpture — something they cannot see in museums or galleries,” Katz explains.

“It’s like a reality show where kids and adults can interact with the sculptors. The communication between the public and the artists is amazing.” 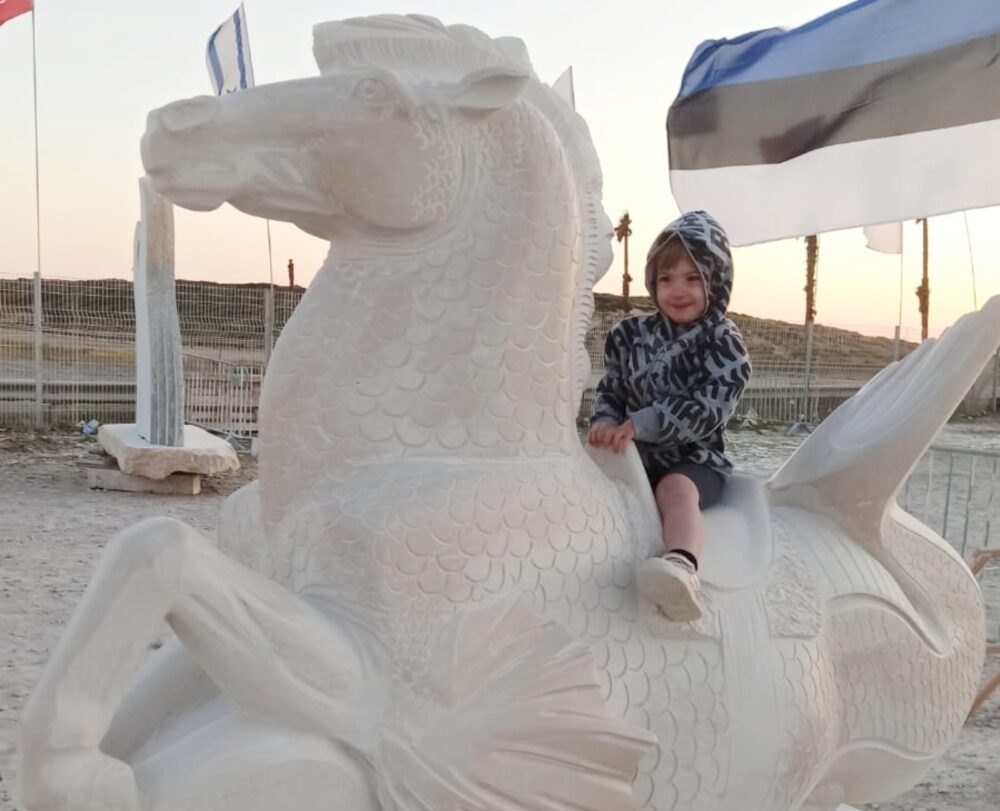 A young Hadera resident enjoying a ride on a horse created by Kirill Grekov during the International Sculpture Symposium in April 2022. Photo by Adam Katz

When every sculpture was finished, the artists revealed their masterpieces during a public ceremony. Their works are now displayed permanently on the promenade along Hadera’s coastal strip.

Since 2002, ArtArena has worked with about 30 Israeli municipalities and has drawn sculptors from 49 countries for its symposiums. The next ones are planned for Afula, Nof Hagalil, Kiryat Bialik and Netivot.

UNCOVER ISRAEL - Get the ISRAEL21c
Weekly Edition free by email
Sign Up Now!
Bring Israel's story to life.
Millions of people around the world rely on us to gain a deeper understanding of Israel. We are the trusted source for original content you won't find anywhere else.
You can make a difference. Donate today to support journalism that brings Israel’s story alive.
SUPPORT ISRAEL21c
Read more on:   Spotlight on Israel, Culture, Art in Israel, Sculptures, Hadera, ArtArena