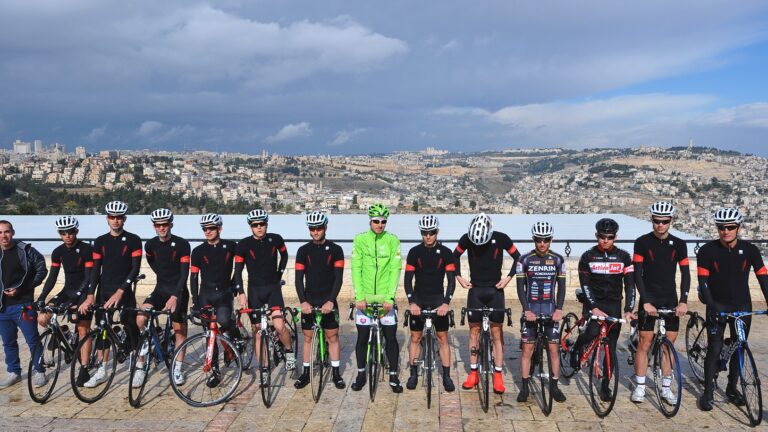 The 2018 Giro d’Italia, one of cycling’s Grand Tour races, will start in Jerusalem, according to a report by Cycling Weekly.

The official announcement is expected in August in Israel.

This will mark the first time a Grand Tour begins outside of Europe.

The May-June annual race, known in English as the Tour of Italy or Giro, is a multiple-stage bike race held primarily in Italy.

According to Cycling Weekly, the 2018 race will start in Jerusalem, include a possible time trial, and continue with two road stages.

This will mark the first time a Grand Tour begins outside of Europe.

The report also cited that Israel will need an estimated £10 million budget, with some €4 million going directly to the organizer RCS Sport for the hosting rights.