‘Maybe this is the biggest and most important landmark of the relationship so far,’ says Cyprus-Israel Business Association president.

As the world awaits word of natural gas exploration partnerships between Israel and Cyprus, businessman Christakis P. Papavassiliou, president of the Cyprus-Israel Business Association, says it’s perfectly logical that Israel would turn to its island neighbor, particularly in light of faltering ties with Turkey, gas-line blowups in Egypt and offshore gas finds domestically.

Cooperation between Israel and Cyprus is actually decades old, Papavassiliou tells ISRAEL21c — since the founding of both countries in the late 1940s and early 1950s, respectively.

“Israel has been for many years at number five or six as an exporter to Cyprus, the main volume coming from fuel — mainly distilled gas, jet fuel and marine fuel,” as well as fruit and frozen goods, says Papavassiliou, the 61-year-old head of Shoham Maritime Services shipping company. 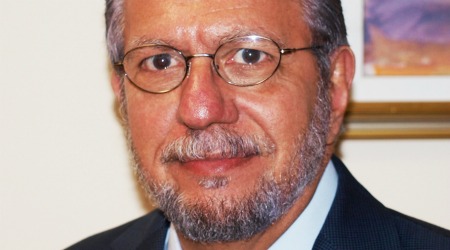 Shani Cooper-Zubida, the deputy head of mission at the Israeli Embassy in Nicosia, says Cyprus “views Israel as a place to learn from about innovation, such as startup companies and R&D.”

This year, she helped bring a delegation of Cypriots to Israel. “There is no doubt that the strengthening of the political relationship affects the commercial relations,” she tells ISRAEL21c. “We get a lot of requests from Israeli companies and from Cypriot companies that discover that their neighbor has great potential for business.”

At the beginning of September, the Israel-Cyprus Business Association, in cooperation with the embassy, hosted Tel Aviv Stock Exchange CEO Ester Levanon. “The event was very successful as a lot of businessmen showed up interested in investing in the Israeli stock exchange,” Cooper-Zubida reports.

Total trade for 2009 between the two nations grew to about half a billion dollars, “and there is strong potential for further increase in the coming years,” she says.

Cyprus is an Eastern Mediterranean island country near Greece and Turkey. An invasion by Turkey in the 1970s split the country in two, with one half controlled today by Turkey, the other independent and formally known as the Republic of Cyprus. Linked to the European Union since 2004, Cyprus has become a democratic nation in a region of growing fundamentalism and unrest. This makes it a natural partner for Israel.

Papavassiliou can remember the early 1960s, when Israelis and Cypriots began visiting each other’s lands, which are little more than 250 miles apart. The friendship and the tourist trade between them is still brisk.

He even spent a few summers working at an Israeli kibbutz with other foreign volunteers who wanted to sample the communal agricultural way of life. The young State of Israel purchased many goods from Cyprus, and the two former British colonies have “grown up” together through mutual cooperation in areas such as agriculture exports, medicine, firefighting and tourism.

As for the future, Cooper-Zubida looks to energy: “Cyprus and Israel signed an EEZ agreement, which defines the economical borders between the two states,” she says. “Israeli companies are interested in investing in this field and … this kind of cooperation will turn the Cyprus and Israel relationship into strategic relations.

“However, energy is not only gas. Israeli companies can contribute a lot to the Cyprus energy field as we are facing common problems in this area. Israeli know-how can solve the challenges of Cyprus dealing with renewable energy,” she notes. Papavassiliou adds that Cyprus has benefited greatly from Israeli irrigation and greenhouse technologies.

The Israel-Cyprus relationship is not only about trade, business, and work, says Cooper-Zubida.

“Cyprus is very similar to Israel in terms of culture. We hear the same music, we eat the same food and we even look the same. It took me almost a month since I have first arrived to Cyprus to stop thinking that every second person walking on the street is an Israeli.

“Cyprus is like a small village — you have orange, olive and fig trees in every corner, people know each other and are very generous and ready to help you even if they don’t know you at all. It reminds me a lot of Israeli behavior, and Israel reminds Cypriots who go on visits to Israel.”

For all of these reasons, Cooper-Zubida thinks that any Israeli or Cypriot business partnership will make both parties feel at home.

Papavassiliou concurs, looking to deepening this cultural connection with more business ties. “We’ve helped Israel, they’ve helped us. We have an important link. Now we’ve reached the age of gas exploration. Maybe this is the biggest and most important landmark of the relationship so far.”