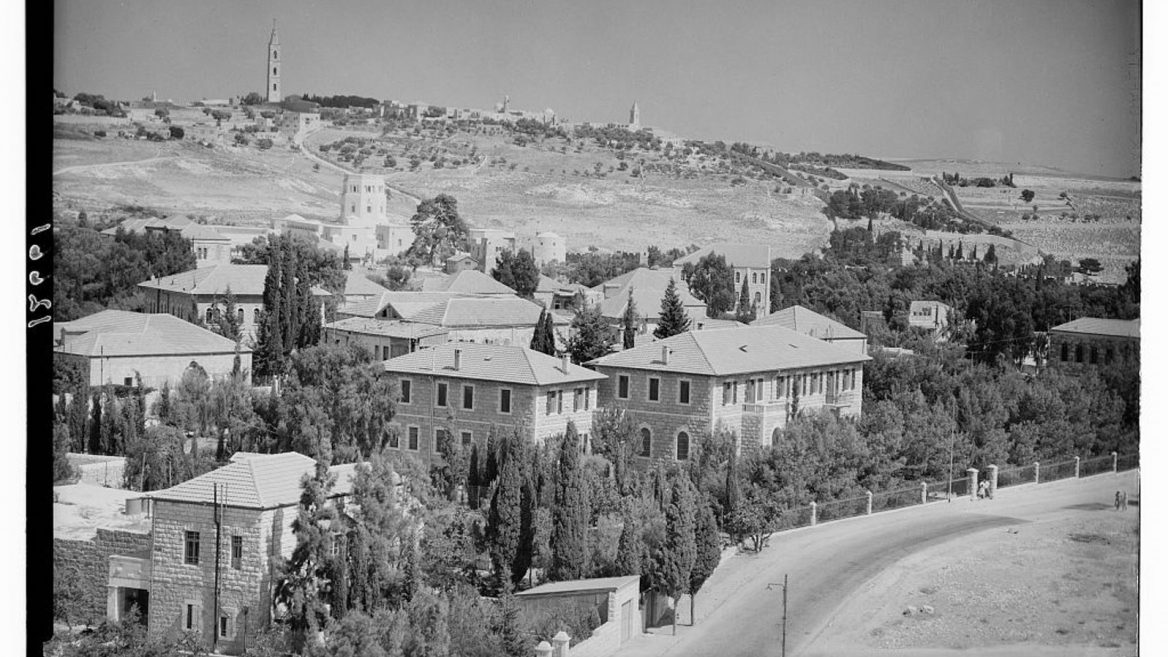 Most Americans don’t know it, but the United States has been involved in the Holy Land for a long, long time.

Starting in the early 19th century, as travel to the region became safer — in the wake of the wars fought by the US and Europe against the Barbary Pirates (1801–1805 and 1815–1816), and the 1830 French conquest of Algeria — North Americans came to make their stamp, particularly in archaeology and specifically in Jerusalem.

Most notable of all, perhaps, was American biblical scholar Edward Robinson, for whom is named the wide stone arch that once supported a monumental staircase at the southwestern corner of the Temple Mount in Jerusalem. 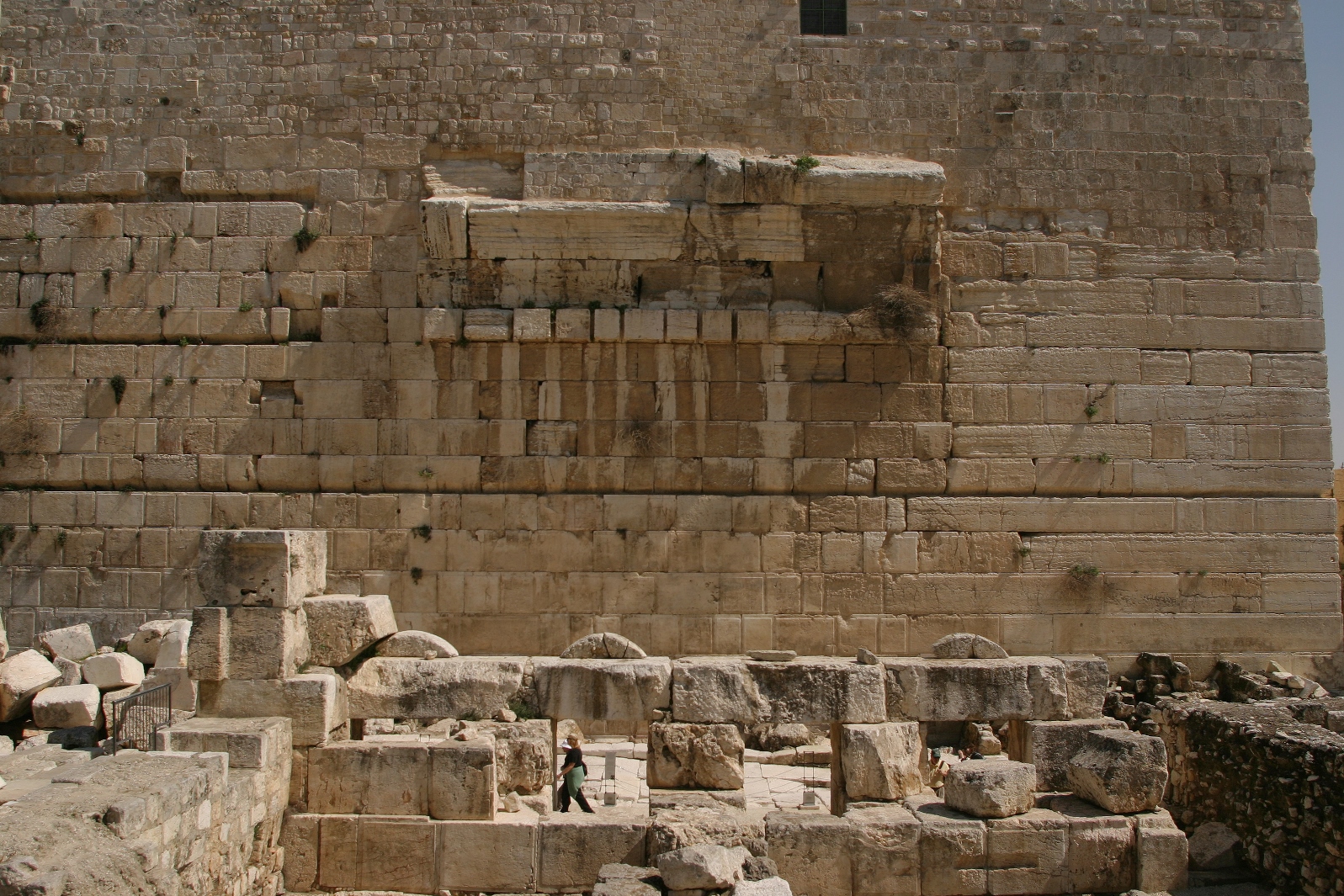 The remains of Robinson’s Arch on the western side of the Temple Mount. Photo courtesy of Wikipedia.

A New Englander with proficiency in Greek, Latin and Hebrew, Robinson is known as the “Father of Biblical Geography” for his work in identifying the historical artifacts that confirmed Bible accounts. His well-known “gospel harmonies” attempted to reconcile differing accounts in the Christian Scriptures into a single narrative.

After Robinson’s death in 1863, fellow scholars Henry B. Smith and Roswell D. Hitchcock wrote that “men of learning… had treated of the Geography of Palestine, without having personally explored it. … On the other hand, unlearned men in abundance had traversed Palestine, and returned to repeat and perpetuate its monkish legends. … The time had come for a scholar … to enter this tempting field with thermometer, telescope, compass, and measuring-tape, but, above all, sharp-eyed and sufficiently skeptical, and then make report of what he had seen and measured.”

Robinson arrived in Jerusalem for the first time in 1838, after being offered a professorship of biblical literature at Union Theological Seminary in New York. His condition for taking the job: permission to be absent for three or four years for the purpose of exploring the Holy Land. The seminary agreed and on July 17, 1837, Robinson set sail. 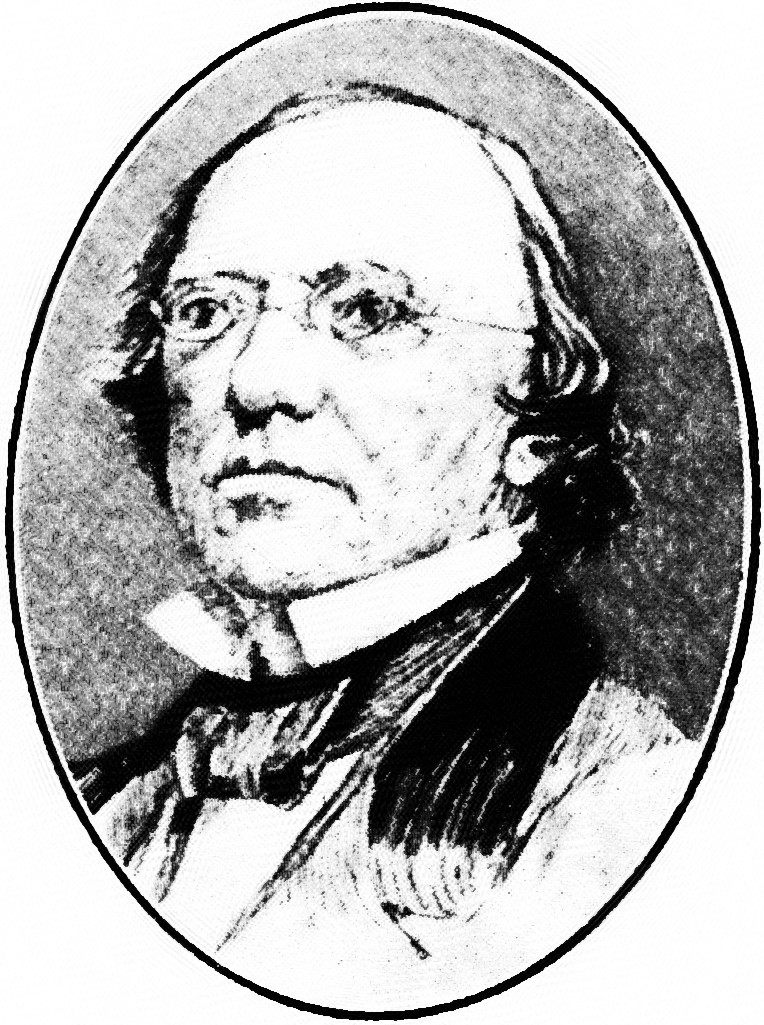 Smith and Hitchcock: “In Egypt, he saw the Pyramids, and ascended the Nile to Thebes. From Egypt, along the route taken by the Hebrews, he went to Sinai; and from Sinai, by way of Akabah, to Palestine. His travelling companion was the Rev. Eli Smith, since deceased, missionary of the American Board, an accomplished Arabic scholar; and, between them, they searched the Land of Promise to somewhat better purpose than Caleb and Joshua. They started from Cairo March 12th, 1838; were at Sinai on the 23d; reached Jerusalem April 14th; explored Arabia Petrasa in May; were at Nazareth June 17th; went from Nazareth to the Lake of Tiberias; from there to Safed; and from Safed, by way of Tyre and Sidon, to Beirut, where their journey ended June 27th.”

It was on this visit that Robinson identified the remnants of the staircase as the same one described by Josephus; previously it was thought to have been the remains of an ancient aqueduct or viaduct. He also correctly identified the Siloam Tunnel (Hezekiah’s Tunnel).

In his book, Biblical researches in Palestine, Mount Sinai and Arabia Petraea. A journal of travels in the year 1838, Robinson states: “As here presented to the public, these volumes may therefore be said to exhibit an historical review of the Sacred Geography of Palestine, since the times of the New Testament; pointing out under each place described, how far and in what period it has hitherto been known.”

“My one great object was the city itself, in its topographical and historical relations its site, its hills, its dales, its remains of antiquity, the traces of its ancient population; in short, everything [sic] connected with it that could have a bearing upon the illustration of the Scriptures.”

According to Providence College researcher Joan R. Branham, “Robinson’s approach reveals a subordination of scientific ends to religious ones and exemplifies a certain tension between archaeology as science and archaeology as religious vocation that often typifies this period.” 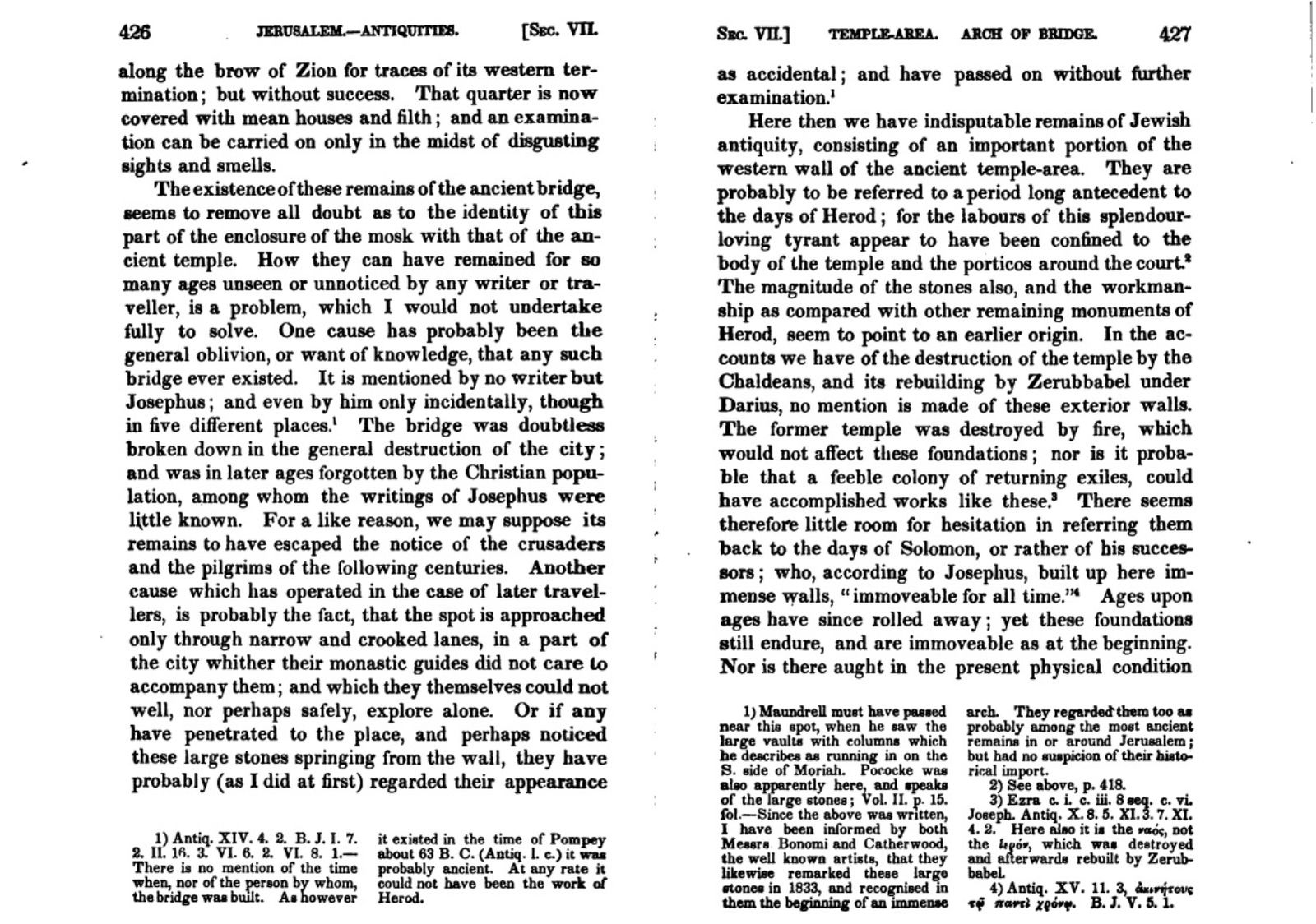 Robinson’s description of the arch, from “Biblical researches in Palestine, Mount Sinai and Arabia Petraea. A journal of travels in the year 1838.” Screenshot from https://archive.org/details/biblicalresearc07smitgoog

Other 19th-century Americans in the Holy Land who serve to illustrate this tension include James T. Barclay, the first missionary to Holy Land of the American Christian Missionary Society of the Disciples of Christ. In 1852, Barclay identified a Second Temple period gate that is today called Barclay’s Gate. He was also a photographer who documented the Temple Mount and other important sites in Jerusalem.

Frederick J. Bliss, whose work in the excavations of Jerusalem, starting in 1890, is considered a transition figure between the missionary and the biblical geographic goals of archaeology.

The American Colony, established in Jerusalem in 1881 by members of a Christian utopian society led by Anna and Horatio Spafford, ran a Photographic Division. Beginning activity sometime around 1898, the Division photographed archeological sites and sold the prints as postcards. The Division was later renamed the Matson Photographic Service. In 1978, the collection was donated to the US Library of Congress and is available online.

In 1900, as envisioned by Society of Biblical Literature and Exegesis Joseph Henry Thayer, the American School of Oriental Research (ASOR) opened its gates in Jerusalem. Known today as the W.F. Albright Institute of Archaeological Research — and no longer a center for missionary work — it is the oldest American research center for ancient Near Eastern studies in the Middle East.

Edward Robinson died in 1863. In eulogizing him, Smith and Hitchcock wrote, “In his character, habits, association, and sympathies, he was every whit an American, and loved his country more, the more he knew of other lands.”