This was taken in January 1970, a few weeks after the African Hebrew Israelite community arrived in Dimona. Photo by IPPA staff, courtesy of the Dan Hadani Archive, Pritzker Family National Photography Collection, National Library of Israel

The African Hebrew Israelite Nation of Jerusalem (also known as the Black Hebrews or Hebrew Israelites) have lived in the desert cities of Dimona, Arad and Mitzpeh Ramon for 50 years.

To mark this jubilee year, and celebrate the remarkable success of this small group against all odds, a rarely-seen cache of photographs has recently been released by the National Library of Israel.

The photographs were taken in January 1970, a few weeks after the community was established in Dimona, and prior to the arrival of the group’s charismatic leader, Ben-Ami Carter (later known as Ben Ami Ben-Israel). 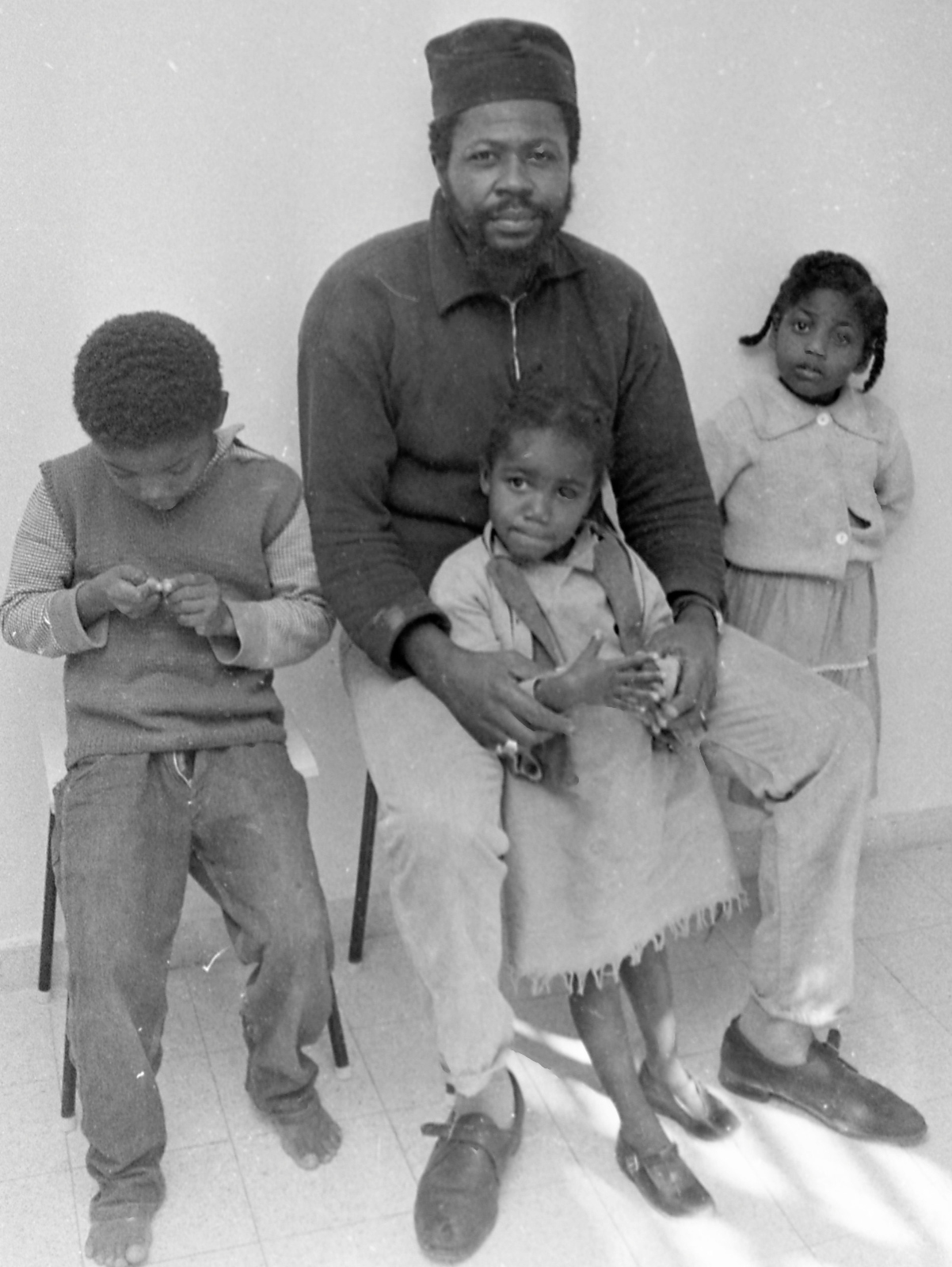 The Chicago-born Carter had been a leader within a group called theBlack Hebrew Israelites, a 19th century movement based on the premise that African Americans were the true descendants of the biblical Children of Israel.

But contrary to the view of the Black Hebrew Israelites, who sought self-rule in the United States and in Africa, in 1966 Carter experienced a vision in which the angel Gabriel told him that Israel was the Promised Land.

In 1967, a few hundred members of Carter’s splinter group moved to Liberia“to purge themselves of the negative attributes they had acquired in the captivity” while making plans to come to Israel.

In 1968, Carter toured Israel with another of the group’s leaders, Charles Blackwell (later PrinceHezekiah Ben Israel). In August 1969, five families arrived unannounced from Liberia and were granted new immigrant status under the Law of Return.

The bureaucratic mishandling of the group’s entry to Israel would reverberate over decades. In December 1969, a second group arrived and were admitted as visitors, but were nonetheless extended new immigrant benefits: public housing, education, employment assistance and full medical coverage. 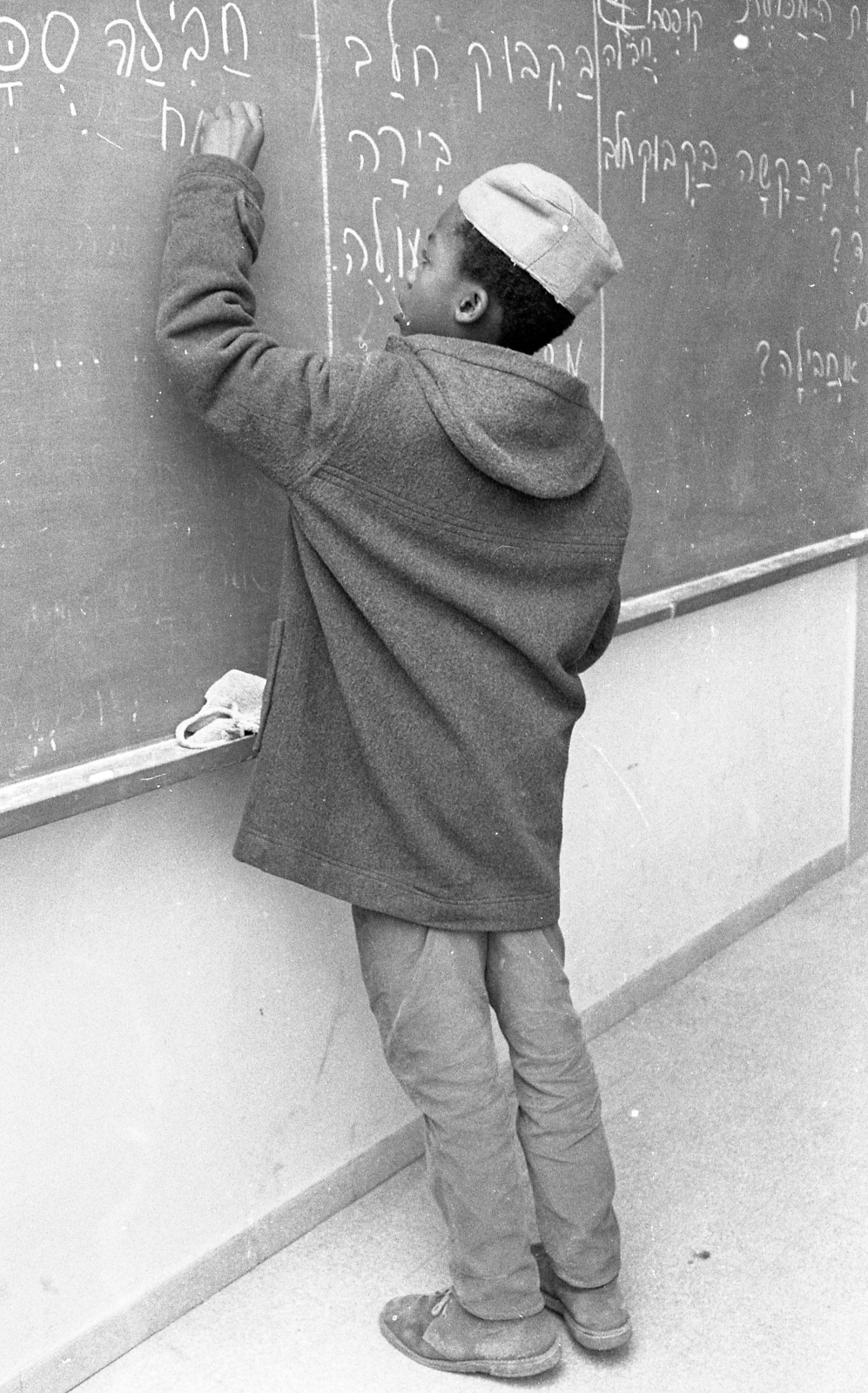 As reported by the New York Times, “Dimona residents said the members of the first incoming group of ‘Black Israelites’integrated well socially. They attended Hebrew classes and were diligent workers; they indicated that they would undergo conversion rituals if necessary. Their children did well in school.”

Early reports in the Israeli press spoke glowingly of the group that had gone, as one headline ran, “From Slavery in Chicago to Freedom in Dimona.”

In 1981, the New York Times reported that defectors from the community “told Israeli authorities that some followers are held against their will within the sect, even mistreated. The United States Federal Bureau of Investigation believes that fugitives from the United States have taken refuge in the Dimona community after carrying out fraudulent schemes to raise money for the group.”

In addition, relations between Carter and the Israeli government had reached a low point. After rabbis determined that the Black Hebrew practice was not Judaism, the Israeli government suggested that the group convert in order to regularize their citizenship status. Carter refused. In 1978, the Interior Minister appointed a committee to investigate the living conditions of the Black Hebrews and make recommendations about future treatment.

The Glass Report, issued in 1980, recommended that the group be allowed to stay in the country and be provided a separate neighborhood. This was something the group had long wanted. They were to be assigned civil status in accordance with the 1952 Law of Entry, and agreed not to bring in new community members from abroad.

TheDimona group moved into 23 dilapidated duplexes on the outskirts of the city bordering the Negev desert. In 1981, the New York Times reported that the community had enthusiastically “painted, decorated and repaired the small houses” and neatly landscaped the dirt lawns “into herringbone patterns, with melon-sized rocks, placed in the outline of Africa.”

The neighborhood, first dubbed Shomrei Hashalom (Guardians of Peace) and now known as Kfar Hashalom (Village of Peace), has since grown into one of the largest and most successful urban kibbutzim in Israel and a world leader in veganism.

In May 1990, members of the community got B/1 visas followed by temporary residency a year later. In August 2003, blue identity cards were issued for permanent residency. 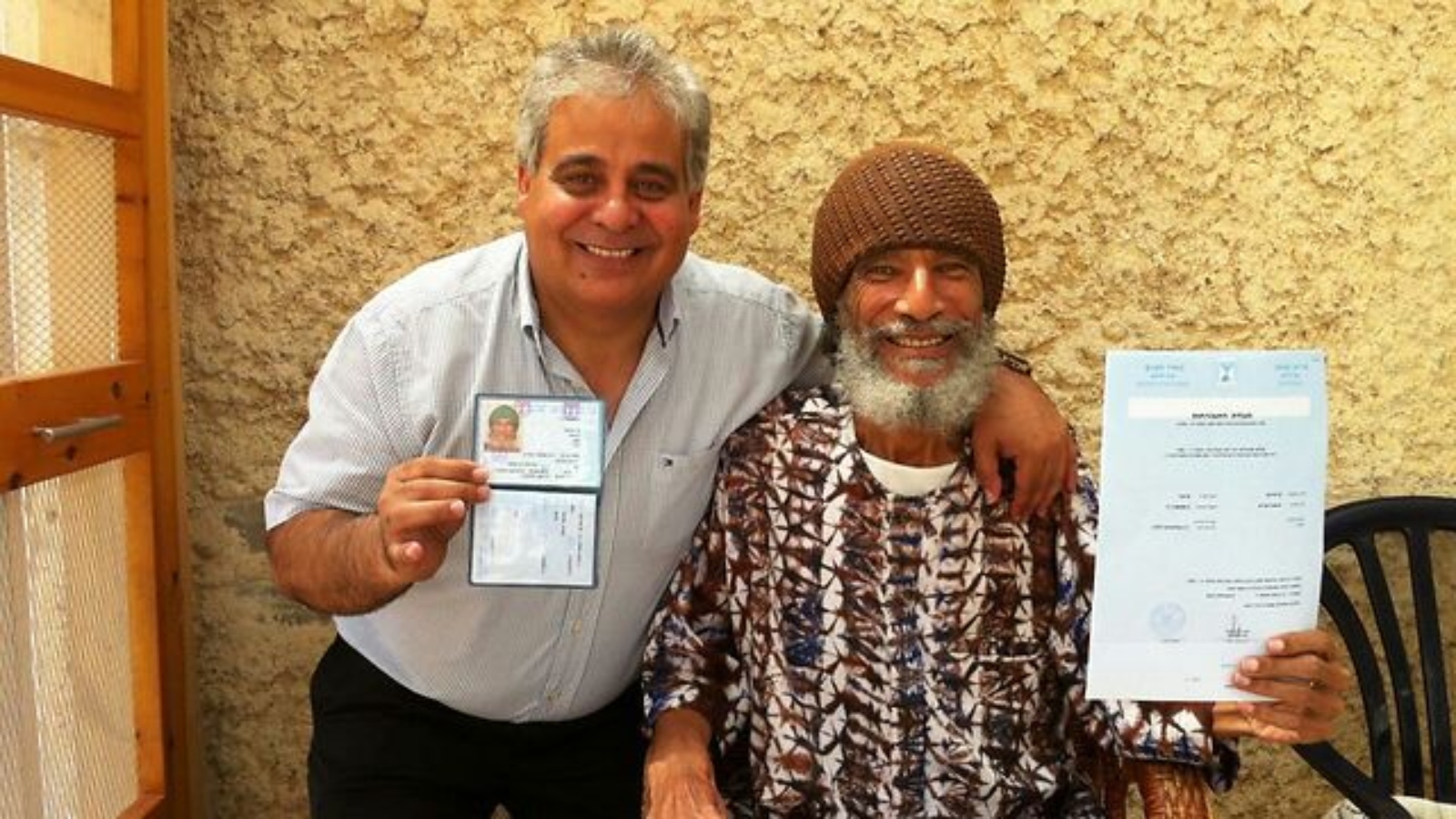 Unlike other groups that fall apart when their charismatic leaders pass on, the Hebrew Israelites continue to flourish, running vegan restaurants, manufacturing vegan foods and natural fiber clothing.

As one of the first practitioners of total veganism and organic agriculture in Israel, the community has attracted international attention, launching development projects in Ghana, Uganda and Togo. Visitors have included political figures like Winnie Mandela, Motown legends like Stevie Wonder and Kim Weston, the late Whitney Houston with then-husband Bobby Brown, R&B singer-songwriter Erykah Badu and many others.

In February 2005, in conjunction with the Southern Christian Leadership Conference, the Hebrew Israelites opened the Dr. Martin Luther King/SCLC – Ben Ammi Institute for a New Humanity, a conflict resolution center in Dimona to teach holistic non-violence and reconciliation to families, communities, faiths and nations.

The Hebrew Israelites celebrate Sabbath and biblical holidays as well as their own holiday, New World Passover. Image: PikiWiki Israel

Ironically, the factionalism of the original movement from which Ben Ami Carter had split off in the mid-1960 striggered confusion in December 2019, when American terrorists murdered a policeman and three members of Jersey City’s Jewish community. The perpetrators were allegedly connected to the US-based Black Hebrew Israelites.

Speaking to the Jerusalem Post, Dimona resident and group leader Prince Immanuel Ben Yehuda clarified the difference between the Black Hebrew Israelites and his own African Hebrew Israelite Nation of Jerusalem:

Hebrew Israelites have also twice represented Israel in Eurovision. In Israeli terms, there may be no greater proof of a successful absorption.