Tel Aviv University is a sight for sore eyes. Unlike the frenetic city beside it, the campus is a green urban oasis with a view to the sea.

Trees that look like they are from Jurassic Park seem to bloom all times of the year, with fuchsia flowers falling to the ground in a carpet. Walk by the Music School and hear a symphony. Go into the Film School and see action.

The pedestrian-only campus also boasts a stunning representation of Brutalism, an architecture style of the 1950s to 1970s that emphasized strong, functional concrete buildings. This is one gem visitors got to explore with the help of a knowledgeable guide during Open House Tel Aviv, May 22-24.

Now in its eighth year, the Tel Aviv-Jaffa version of Open House Worldwide (previously known in Israel as Houses from Within) welcomed the public to enjoy 140 city buildings and location tours, some usually not open to the public. Registration was required for some of the tours.

Tel Aviv is a UNESCO-protected World Heritage site for its unique Bauhaus architecture. But over at Tel Aviv University, a sprawling campus built in the 1950s and onward, the public learned about a different style. 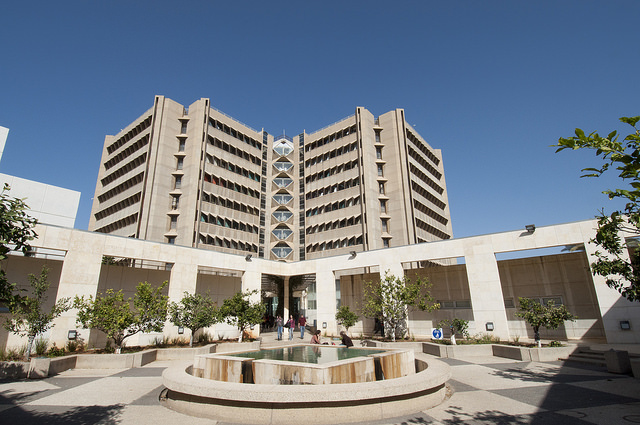 Architect Alon Bin Nun, cofounder of Open House in Israel, tells ISRAEL21c that the vast open areas of the campus are a main feature independent of the structures, and one of the tours focused on the landscaping and footpaths intended to invite exploration.

But the buildings should not be bypassed.

“The campus buildings were Brutalism and modernistic ideas strong in the ’50s and ’60s. The idea was that buildings should be detached,” says Bin Nun. “Each building should stand alone and there should be a lot of space between them. This is the same idea that created Ramat Aviv and Holon and Rishon [LeZion] and most of Israel. It’s a non-urban idea.

“But each building is a piece. Like a villa in the garden. Each building at Tel Aviv University has its own characteristics and differences from the others.”

One standout that is not from the Brutalism period, but is brand new and stunning, is Israel’s first LEED-certified school building, the Porter School for Environmental Science, built in part by Israeli eco-architecture firm Geotectura. It has building integrated photovoltaics (BIPV) and geothermal climate control.

Two other must-sees are the Sourasky Library, built by Nadler-Nadler-Bickson; and the Wolfson Building for Engineering, by Louis Kahn — this famed US architect’s only building in Israel. Wolfson has a concrete exterior, but inside soft diffuse light gives students the ultimate distraction-free environment to avoid the glaring Middle East sun and heat. 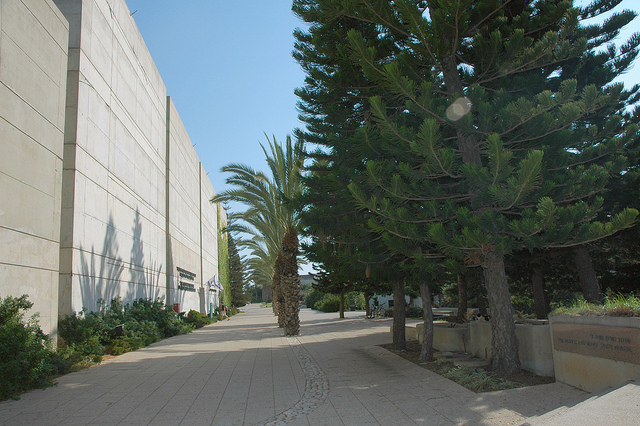 The Sackler School of Medicine is a typical Brutalism building, says Bin Nun. The building is covered in brise soleil shades to break down the light. The concrete-cast seats and walls give it a very modern feel despite it being built decades ago. The entranceway, however, is newly modeled.

There are so many ways to get lost at Tel Aviv University, but Open House gave visitors the compass to get lost within a time frame, and with some background as to why the confusing pathways at the university are actually good for your soul.

About 80,000 people participated in Open House Tel Aviv over the course of three days throughout the city.