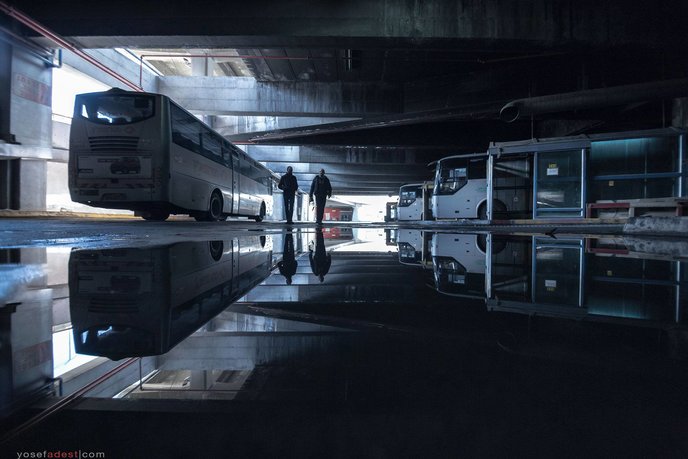 I’m rushing on a Friday morning to meet a group of people in front of the Tel Aviv Central Bus Station at 10:30 sharp. I’m warned if I show up late, there will be no way to find the group inside the infamously labyrinthine bus terminal. Luckily, I make it just in time. Our group of roughly 20 begins our journey but never boards a bus. 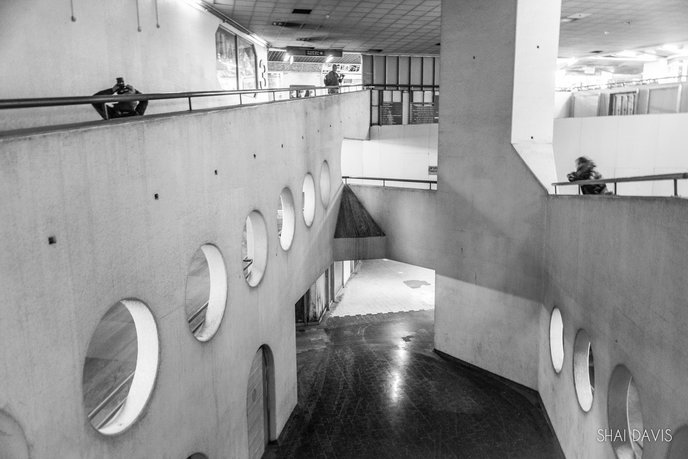 Organized by 52Frames  – a community of photo enthusiasts – we’ve come together to participate in a two-hour “photowalk” through the station. Some people have tripods and professional gear; others, like me, simply have their camera phones. But we all have the same goal: to find inspiration and get a great shot. When it’s over, we’ll post our photos to a Facebook album and share feedback.

Our photowalk is just one small piece of 52Frames’ growing global community, which lives both on and offline. There is no barrier to entry; members can join for free from anywhere in the world and use any type of camera they want. To participate, they only have to accept the weekly photo challenge, submit their photo within seven days, and give and get community feedback. 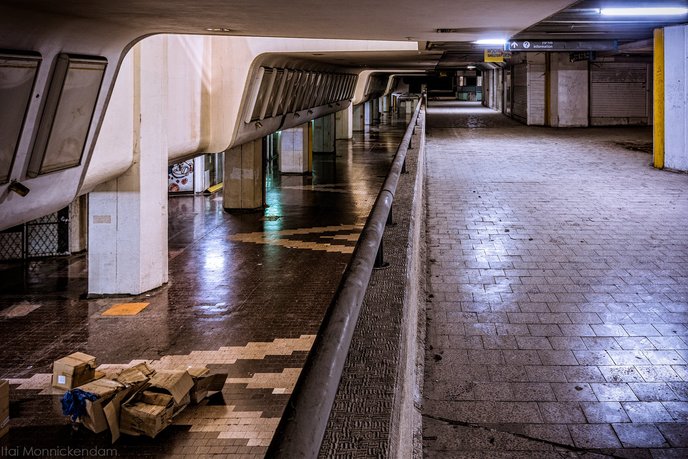 In some of the more active cities, like Tel Aviv, New York and London, 52Frames members, or “Framers,” join for locally organized photowalks like the one at the Central Bus Station.

As we make our way toward a dimmer and more desolate part of the station, 52Frames cofounders Yosef Adest and Shai Davis pause to give some instruction and then encourage us to find a shot. Cameras in hand, we scatter to find something that speaks to us. I follow one of the more experienced members, Andre Guelmann, who joined more than a year ago.

“For me, photography is a kind of therapy,” says Guelmann. “I was always the guy with the camera, but when I moved to Israel five years ago, I kind of let it go. But this [community] was a way to get back into it and get motivated again.” 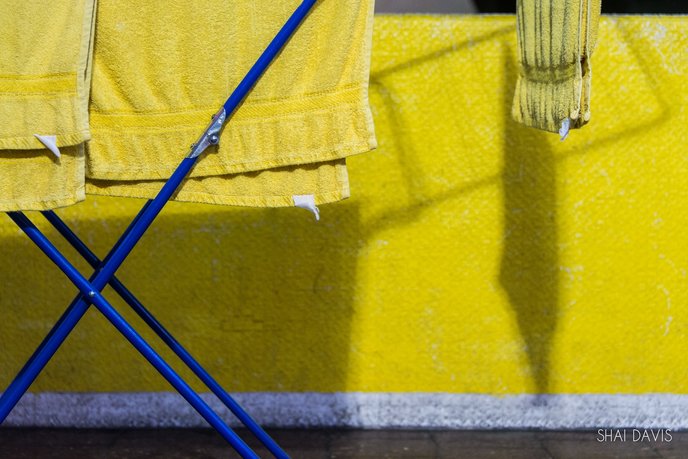 Evidently, the 52Frames structure works; Guelmann, like several other members I spoke with, has never missed a weekly photo challenge in the year since he’s joined. Moreover, he continues to find inspiration.

“I never submit something just to submit it. In this last year, I really made a big effort with every photo.” 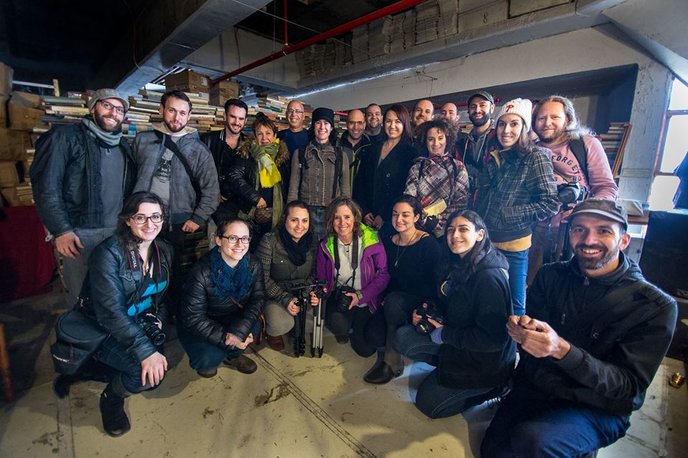 As I watch everyone tweak their camera settings, adjust their angles and move directions, I begin to understand the sense of accountability the group shares – not just at the bus station, but also across the entire 52Frames community. Framers thrive on collective creativity. No one submits a photo just for the sake of it, and the quality of weekly albums proves it. 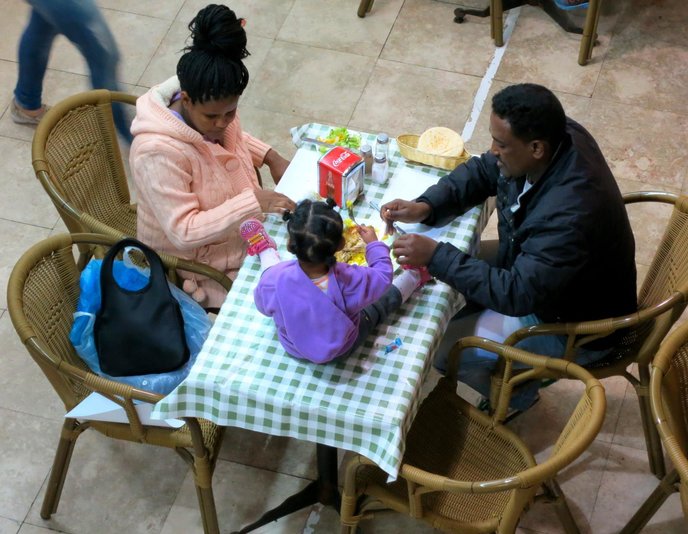 A slice of life at the bus station, by 52Framer Danna Gutman.
UNCOVER ISRAEL - Get the ISRAEL21c
Weekly Edition free by email
Sign Up Now!
Bring Israel's story to life.
Millions of people around the world rely on us to gain a deeper understanding of Israel. We are the trusted source for original content you won't find anywhere else.
You can make a difference. Donate today to support journalism that brings Israel’s story alive.
SUPPORT ISRAEL21c
Read more on:   Tel Aviv Central Bus Station, Spotlight on Israel, photography