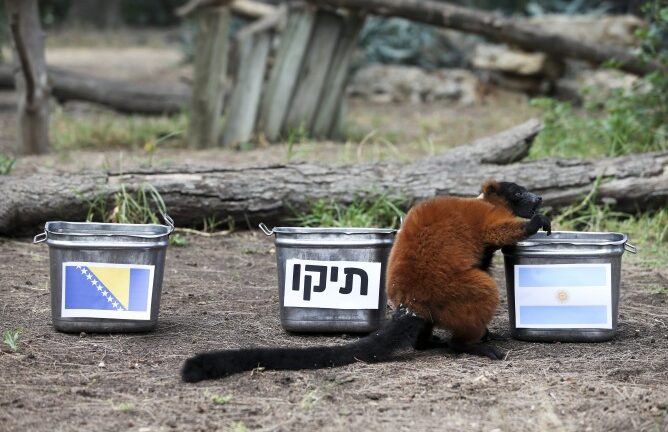 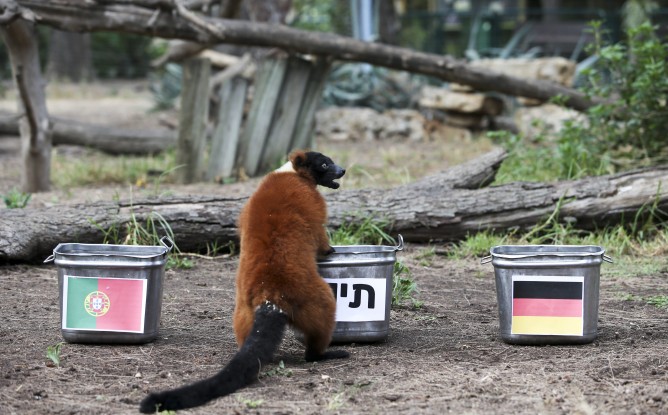 Max the red ruffed lemur makes World Cup predictions at the Ramat Gan Safari. (Oz Moalem/Yedioth Aharonot)
While many sports fans were shocked that defending champion Spain were knocked out of the World Cup 2014 so soon, a red ruffed lemur at the Zoological Center Tel Aviv-Ramat Gan could have warned them not to expect success.
Max the lemur is serving as Israel’s ‘Paul the octopus’ in this year’s World Cup predictor role. The German eight-armed cephalopod, that has since died, wowed 2010 World Cup followers after correctly forecasting the outcome of eight matches.
The Safari staff chose Max because of his friendly and inquisitive nature.
Max makes his predictions by choosing a food box. There are three options: two with team flags, one with ‘tie/draw’ written on it.

Max is following in the footsteps of yet another forecasting animal – the Safari’s giraffe, Dovale, correctly guessed 18 of 31 games in the 2012 UEFA European Championship. 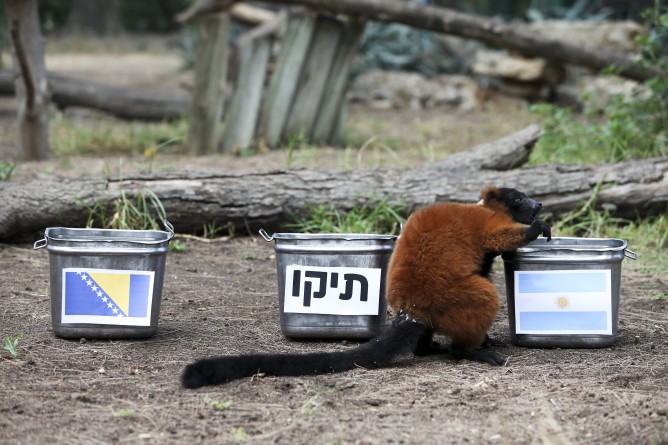 Tasty predictions by Max the lemur. (Oz Moalem/Yedioth Aharonot)
UNCOVER ISRAEL - Get the ISRAEL21c
Weekly Edition free by email
Sign Up Now!
Bring Israel's story to life.
Millions of people around the world rely on us to gain a deeper understanding of Israel. We are the trusted source for original content you won't find anywhere else.
You can make a difference. Donate today to support journalism that brings Israel’s story alive.
SUPPORT ISRAEL21c
Read more on:   News, World Cup, soccer