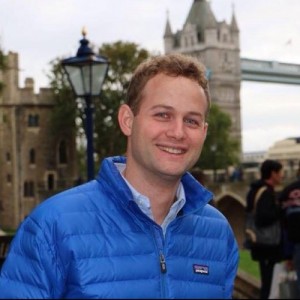 Forbes magazine says Israeli coding prodigy Amit Avner is one of the world’s brightest stars under the age of 30 who is ‘reinventing the world right now.’ This is the second time the founder and CEO of Taykey, an ad-tech startup that enables dynamic media and puts brands in real-time social conversations, has been included on this 30 under 30 prestigious list.

The 30 under 30 list, now in its third year, ranks the best of the world’s under 30 year old phenomenons in 15 different fields.

“This is the time to be young and ambitious. Never before has youth been such an advantage. These founders and funders, brand builders and do-gooders aren’t waiting for a proper bump up the career ladder. Their goals are way bigger — and perfectly suited to the dynamic, entrepreneurial, and impatient digital world they grew up in. Meet the 450 prodigies reinventing the world right now,” reads the introduction to the magazine’s prestigious lineup.

In second spot in the Technology section, is a smiling photo of Avner, the 28-year-old veteran of the IDF intelligence and programming unit.

Avner founded bWitty, a search technology company, at the age of 14.