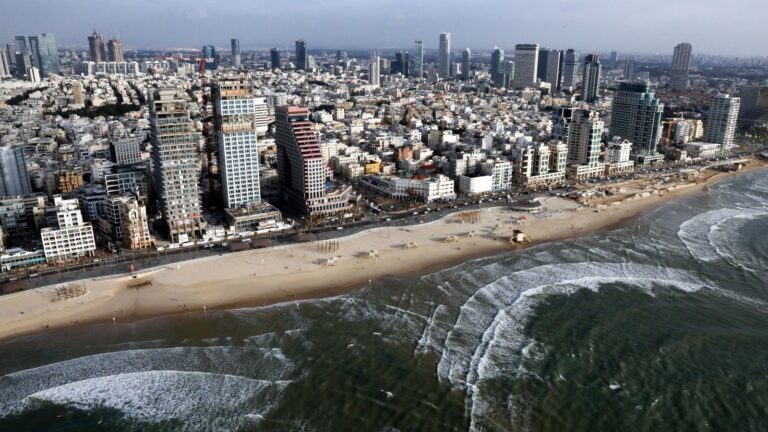 An aerial view of the beaches and city skyline in Tel Aviv. Photo by Yossi Zamir/Flash90

Tel Aviv appears in second place on the list of top destinations for 2020 recommended by the editors of the Forbes Travel Guide.

“Ancient history and modern living meet in this bustling beach city along Israel’s Mediterranean coast. While no day in this urban hot spot would be complete without a few hours on the golden sands (check into The Setai, Tel Aviv for a front-row seat to sea), you’ll also want to make time for the newly opened White City Center. Commemorating the 100th anniversary of the Bauhaus architecture movement, the museum spotlights the city’s unique look—the UNESCO-designated White City zone is home to more than 4,000 Bauhaus-style buildings, the largest such collection in the world,” the entry reads.

The Forbes destination list is topped by Las Vegas, and Macau comes in third after Tel Aviv.