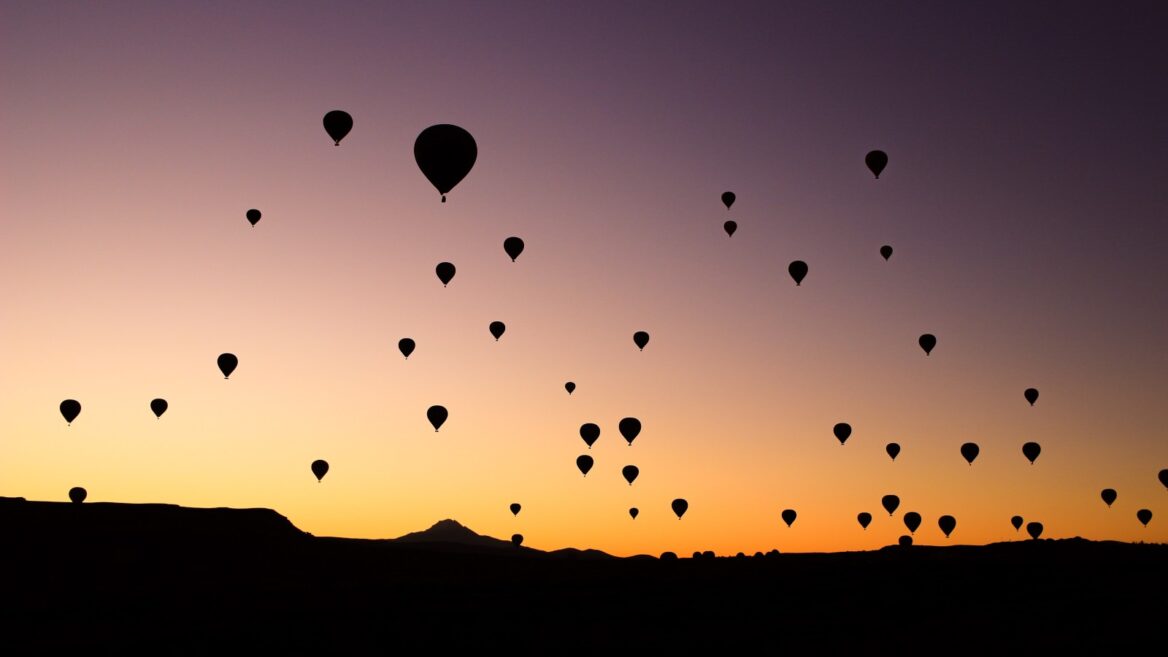 In the same way that too much dressing ruins a salad, too much carbon dioxide (CO2) in the Earth’s atmosphere ruins the air. This is one of the main drivers of today’s environmental crisis.

Climate scientists agree that in addition to preventing further damage to our atmosphere we must isolate and remove excess carbon dioxide to reverse existing damage.

But this task is like trying to scrape the dressing off a tossed salad.

Which is why a new approach from Israel – capturing CO2 when it’s frozen at high altitude, using high-tech materials carried by balloons – could totally disrupt the carbon-capture technology world.

“Humanity generates 50 billion tons of CO2 each year from electricity generation, deforestation, heating, transportation and industry. Around half of it stays in the atmosphere, causing floods, fires and climate change,” says Nadav Mansdorf, cofounder and CEO of Ramat Gan-based High Hopes Labs.

“There are a lot of resources being allocated to capturing CO2 from the air because if we don’t, we are facing a catastrophe,” says Mansdorf, a high-tech serial entrepreneur with high hopes for improving the world.

The problem is that current carbon-capture technologies are removing no more than a few thousand tons annually out of that 25 billion.

About two years ago, scientist Eran Oren phoned Mansdorf in the wee hours of the morning to share an ingenious idea.

“Eran called me at 4am and said he found a solution for the world’s biggest problem. I think we haven’t slept since then,” Mansdorf jokes. 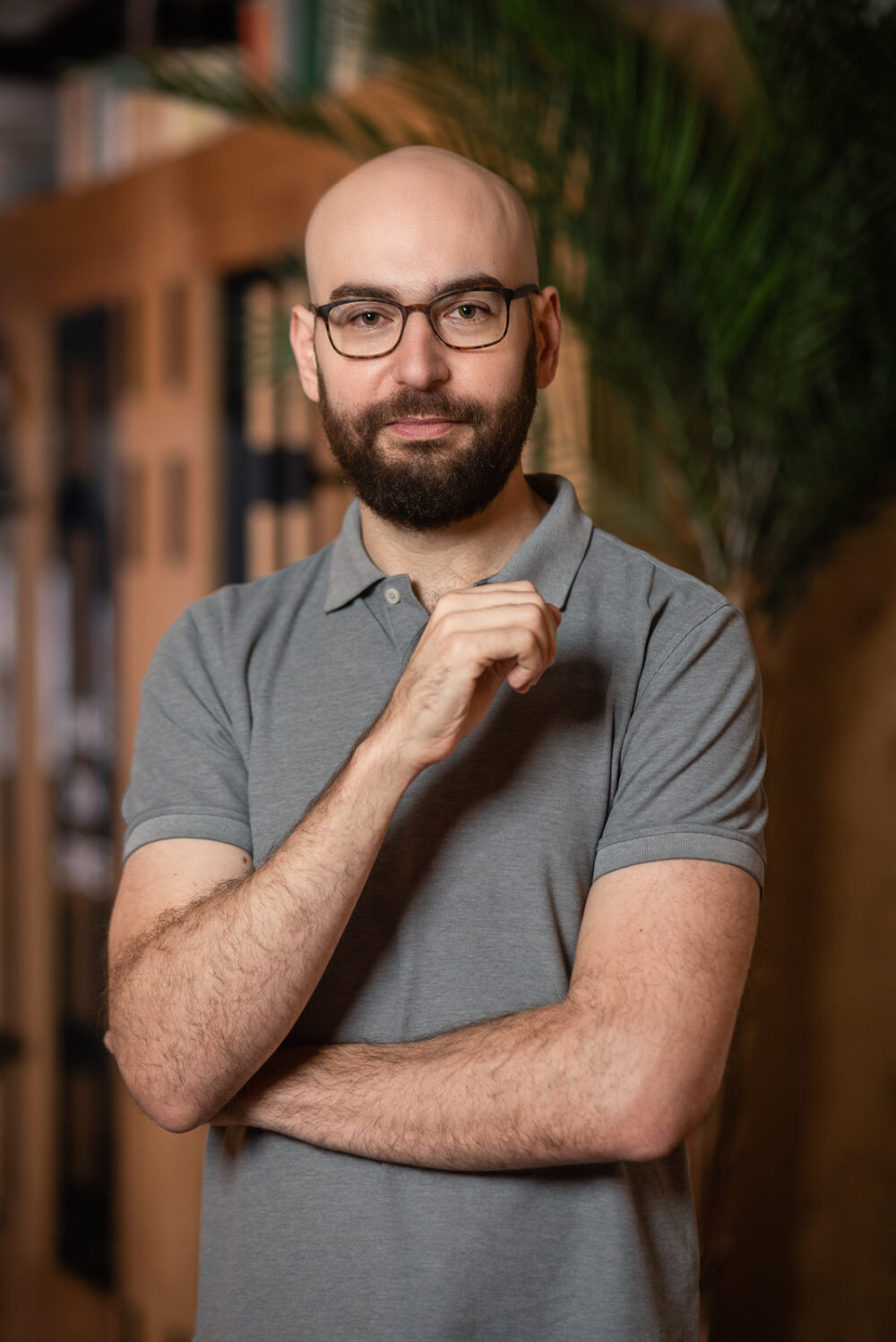 Oren, a veteran of the IDF’s Talpiot program for promising young physicists, had pored over every climate-change report he could find. His research moved him from initial skepticism to all-out alarm.

“It’s far worse than generally presented to the public,” he tells ISRAEL21c.

Scaling up CO2 capture seemed critical, and he drew on his knowledge in chemistry and advanced materials to propose how to do this better.

The key, Oren believed, was ultralow temperatures. At high altitudes, CO2 freezes and becomes easier to remove from the atmospheric salad. Advanced materials that work as sponges and filters also work better at lower temperatures.

“We use these phenomena to make the task of carbon capture from the mixture much more efficient in cost and time, making carbon capture an actual valid solution for climate change,” says Oren.

The 4am phone call came after a sleepless night of figuring how to use balloons to do the job, and confirming that nobody else had tried it.

“The field of high-altitude ballooning has undergone a leap in technology over the last decade,” says Oren, explaining that Google, Amazon and NASA have developed ways to drive balloons up and down in a highly controlled manner.

Up, up and away

Mylar balloons are strong, cheap and lightweight. Filled with helium or hydrogen, they can lift a payload way up high, in this case a storage vessel for CO2.

High Hopes proposes using fleets of such balloons to extract the frozen gas from the air 10 miles above ground in stages. Strong winds blow the CO2 through the vessel and it sticks to the high-tech filter material inside.

The CO2 is held under pressure at high concentrations and brought down to be sequestered safely underground. (Oren explains that scientists are still working out how to utilize captured carbon; for now, it must be sequestered.)

“Nadav and I were developing the technology for a year before we were satisfied with its feasibility. We performed proof-of-concept experiments and that was our launching point to the next phase,” says Oren, who is now in Germany running optimization experiments at High Hopes’ subsidiary there.

The project was at first bootstrapped because “it seemed too crazy to ask anyone else to fund it,” says Mansdorf.

“When we did our calculations and understood it’s possible and scalable and makes sense, we raised money from angels in less than a month, about a year ago. Now we are raising a major seed round.”

Whereas the Swiss company Climeworks reports that it can capture carbon at a cost of $1,000 or more per ton, High Hopes plans to start pricing around $100 per ton and reduce it by half as they scale up.

And instead of capturing 1,000 tons of CO2 per year, High Hopes aims to capture at least one ton per day per balloon. A fleet of such balloons could capture billions of tons, Mansdorf says.

“It is a very humbling experience. We are small and new, not famous or rich, but there are weeks in which each evening we have Zoom meetings with Fortune 500 companies,” says Mansdorf.

UNCOVER ISRAEL - Get the ISRAEL21c
Weekly Edition free by email
Sign Up Now!
Bring Israel's story to life.
Millions of people around the world rely on us to gain a deeper understanding of Israel. We are the trusted source for original content you won't find anywhere else.
You can make a difference. Donate today to support journalism that brings Israel’s story alive.
SUPPORT ISRAEL21c
Read more on:   Environment, Technology, High Hopes Labs