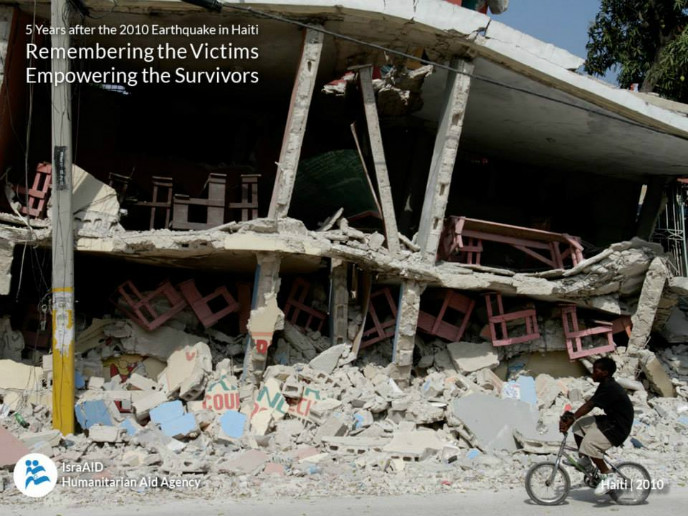 IsraAID commemorates the fifth anniversary of the earthquake.

IsraAID commemorates the fifth anniversary of the earthquake.

Within 24 hours of the severe earthquake that rocked Haiti on January 12, 2010, Israel’s Ministry of Foreign Affairs sent a 220-person team of rescuers, disaster-management experts and medical personnel. Myriad Israeli governmental and non-governmental organizations joined in the difficult work of treating physical and psychological wounds and getting the island country back on its feet.

“Today, on the fifth anniversary of the earthquake, we remember the victims and renew our commitment and dedication to helping the survivors,” IsraAID Director Shachar Zahavi said earlier this month.

IsraAID: The Israel Forum for International Humanitarian Aid is always one of the first relief groups to respond to disasters across the globe. Its policy is to stay on the ground after the emergency to create and implement an infrastructure of programs to rehabilitate the affected community, leaving only once those programs are functioning in the hands of local residents trained by IsraAID. 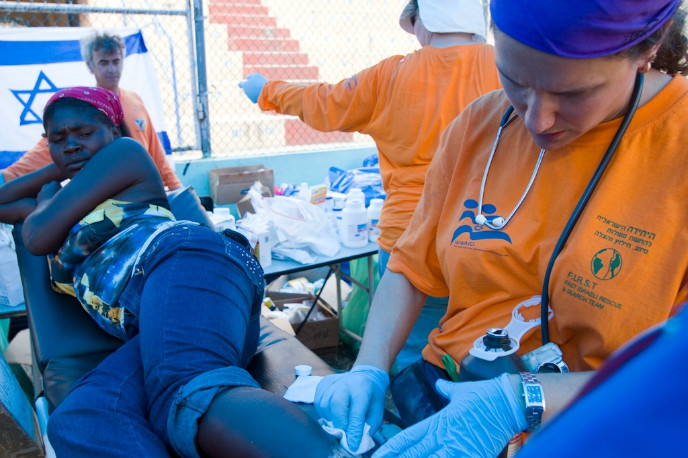 In Haiti, Zahavi tells ISRAEL21c, the organization’s focus is getting people resettled at home. Of the 1.5 million citizens initially displaced by the earthquake, an estimated 85,000 remain in temporary tent cities.

“We have been running a medical facility, an agriculture program to help returning families earn a livelihood, a youth empowerment center to help teens reintegrate into the community, and a gender violence program for women who were abused in the [tent cities],” Zahavi says.

Gradually, each of these programs is being turned over to Haitian NGOs. “Some have been transferred entirely. Others we’re still monitoring and advising,” says Zahavi. “We’ve downsized because most of the staff is local now. We have a small team there, and experts from Israel come as needed to provide training.”

‘No idea how long we’ll stay’

IsraAID is the only Israeli NGO still operating in Haiti as of January 2015. However, MASHAV – Israel’s Agency for International Development Cooperation in the Ministry of Foreign Affairs, also remains engaged in the area on an as-needed basis.

“We sent a MASHAV representative to lead a training session two months ago in one of the clinics we built there after the earthquake,” MASHAV Director Gil Haskel tells ISRAEL21c. 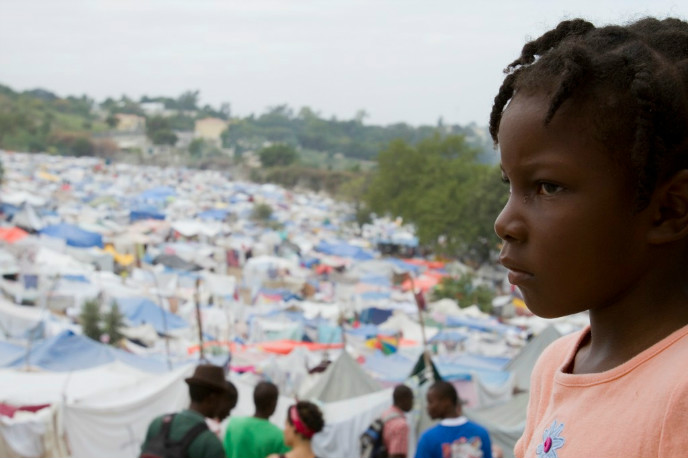 A Haitian tent city for people displaced by the earthquake. Photo courtesy of the UJA Federation of Greater Toronto

Through MASHAV, Israel established a trauma and emergency room in the Central Hospital of Cap Haitien, Haiti’s second largest city; developed farming projects in coordination with the Haitian Ministry of Agriculture; partnered in the creation of a clinic in Leogane together with Chaim Sheba Hospital and others; and worked with various Israeli NGOs in providing assistance and support to the Haitian people in education, health, trauma treatment and primary necessities.

At least 230,000 Haitians died as a result of the 2010 earthquake, and 300,000 people were injured. In addition to tens of thousands still unable to return home, Haiti has been further devastated by a cholera epidemic in these past five years.

One source told ISRAEL21c that individual Israelis are involved in discreet humanitarian efforts such as finding adoptive homes for orphaned Haitian children. Larger coordinated projects cannot stay under the radar, however, because of the need for significant funds to keep them going.

Zahavi explains that most of the money needed for IsraAID programs in Haiti is donated by Jewish federations in North America.

“We have also won some contracts with different international aid organizations that saw the work we do, like several UN agencies and the International Red Cross. This happens in other parts of the world, too,” Zahavi relates.

He cannot say when IsraAID will cease its work in the island nation altogether.

“We always have an exit strategy, though right now we have no idea how long we’ll stay in Haiti,” Zahavi says.

“It depends on the success of the programs and how fast the local NGOs will be able to integrate them. We are not a hit-and-run organization; we stay on longer term to help disaster victims rebuild their lives. There is more than enough Israeli capacity and knowhow to do this.”