A mural at Jerusalem’s First Station painted by a cooperative for the first-ever Jewish Street Art Festival, November 2019. Photo: courtesy

For the first time ever, leading Jewish street artists from around the world are painting murals together on-site in Jerusalem.

This unprecedented gathering of 10 artists for the Jewish Street Art Festival is part of the 2019 Jerusalem Biennale for contemporary Jewish art, running through November 28 in 12 venues around town.

The group already has completed 10 collaborative artworks at The First Station (HaTachana Rishona), seven at Hutzot Hayotzer Artists’ Colony and a two-story collaborative mural at the Schechter Institute. 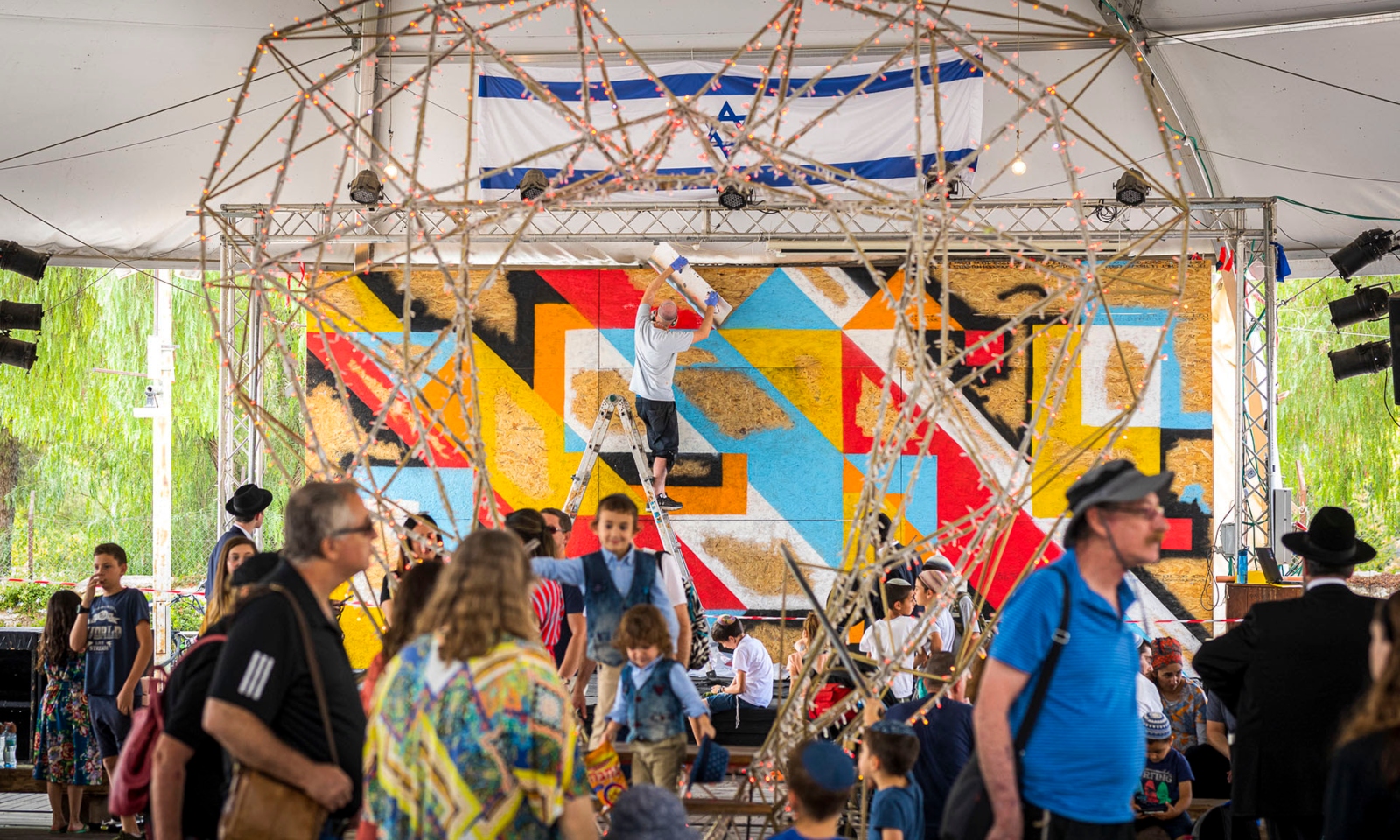 “We hope to make this a recurring event that will visit other cities,” Smith states on the project’s crowdfunding page.

The participating artists include:

Hillel Smith, now located in Washington, DC. He was inspired to create Jewish-themed murals by comic books, typography and the ethnic community-based murals in his native Los Angeles.

Judy Tal Kopelman, a designer, public artist and community arts project leader for more than 20 years. She was born in Jerusalem, raised in America, and now again resides in Israel.

Moscow-born Ella Ponizovsky Bergelson immigrated to Israel in 1991 and currently lives in Berlin. Her own hybrid identity drives her to explore cultural self-definition in individuals and in communities.

Itamar Palogi, aka FALUJA, was born in Jerusalem, studied in Germany and Italy, and lived in Tel Aviv before settling in a moshav in central Israel. He focuses on bridging communities through art.

Lenore Mizrahi-Cohen recently relocated to Jerusalem from Brooklyn and engages with the culture of Jews from Muslim lands through her mixed-media work.

Bareket Kezwer was born in Jerusalem and raised in Toronto, where she fills the streets with bright colors.

Dan Groover spent his childhood in Paris and was inspired by French hip-hop. He moved to the French West Indies and then, in 1995, to Jerusalem. 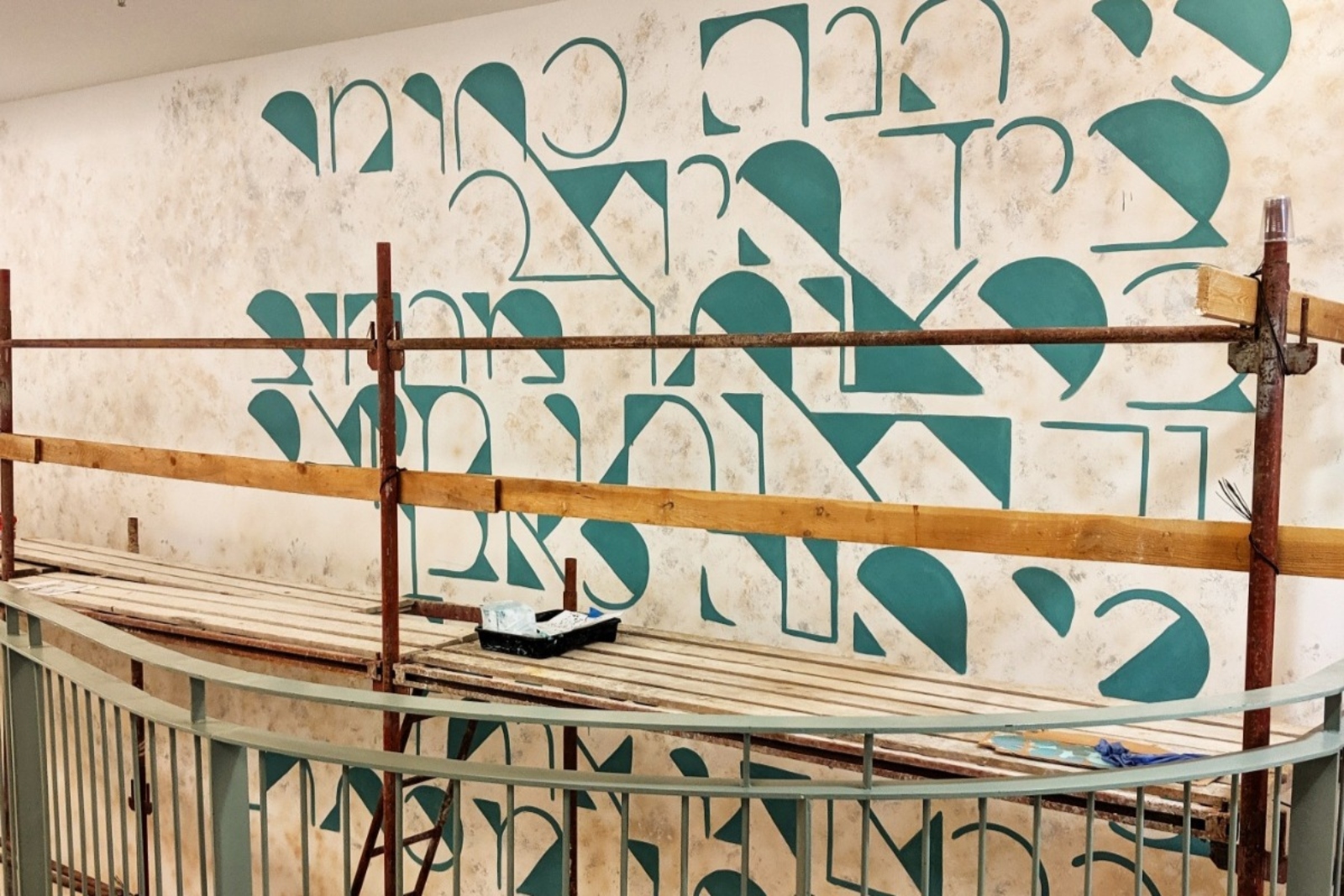 Typographical mural in progress at the Schechter Institute in Jerusalem is a joint effort between Hillel Smith and Shlome J. Hayun. Photo courtesy of Hillel Smith

Solomon Souza, the grandson of Indian artist Francis Newton Souza, was born in London and came to Israel at age 17 to study in yeshiva. He is best known for the portraits of famous figures in the Machane Yehuda Market. His work can be found throughout Jerusalem and Tel Aviv.

Yitzchok Moully is an Australian-American Chabad rabbi based in New Jersey and is known for his “Chasidic Pop Art” painting style.