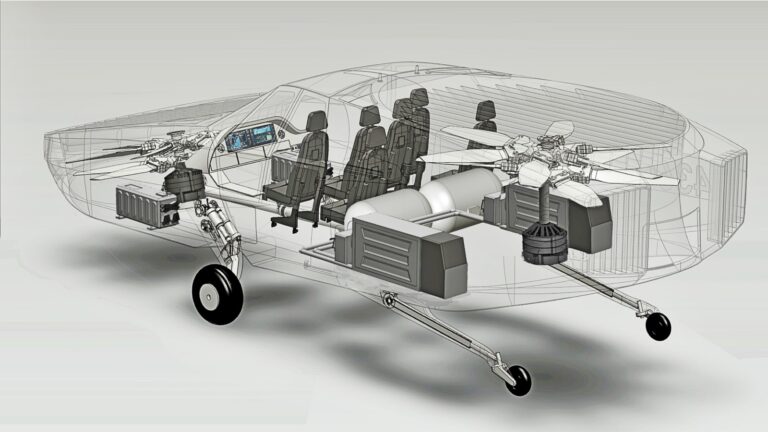 Urban Aeronautics, which is developing one of the world’s first flying cars, has signed an agreement with Hatzolah Air to develop, produce and market its CityHawk aircraft for emergency medical service (EMS) applications.

When we wrote about Urban Aeronautics earlier this year, CEO Rafi Yoeli told us that the first deployment of the CityHawk VTOL (“vertical takeoff and landing”) would be with an EMS provider. Now we know who.

“With such a small physical footprint, VTOLs serve a critical need: the ability to land anywhere,” Yoeli told ISRAEL21c. “You can bring a doctor directly to a patient or rescue a patient. Helicopters today often must land a kilometer a way, then the medical team runs through the streets. A lot of time is lost.”

Hatzolah Air is the aviation division of Hatzolah, the EMS organization staffed by volunteer paramedics, nurses and doctors founded more than 50 years ago in Brooklyn. Hatzolah now has divisions around the world. (Hatzolah is not related to United Hatzalah, an Israeli volunteer-run EMS service.)

Hatzolah Air has been flying fixed-wing aircraft. The CityHawk’s Fancraft internal rotor and wing-less design allow the craft to land on a sidewalk. The Hatzolah Air version of the CityHawk will be able to transport a patient plus a companion, two EMT personnel and a pilot, along with a complete package of life support equipment.

Hatzolah Air will also take a leadership role in marketing the CityHawk to other EMS and rescue organizations. Besadno Group, an Israeli American investor, and one of the largest shareholders in Urban Aeronautics, helped broker the deal.

“Based on our initial estimates, we foresee a potential market of at least 800 CityHawks for Hatzolah and other EMS operators,” said Eli Rowe, president of Hatzolah Air.

As we reported previously, the CityHawk is based on the unmanned Cormorant VTOL, which has been in testing since 2015 and has completed 300 test flights. Cormorant VTOLwon’t be in service for at least another three years, with the CityHawk following a couple of years later. The process of applying for and receiving FAA certification alone could take five years.