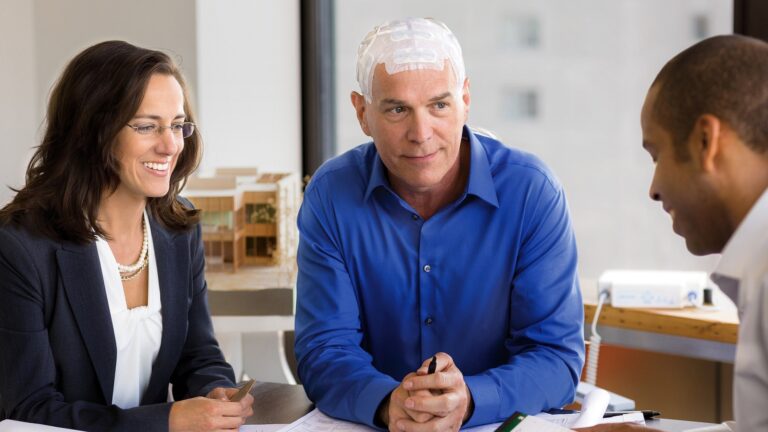 Novocure, maker of oncology treatment Optune, is the only Israeli company on Fast Company's overall list of 50 most innovative companies for 2016. Photo courtesy of Novocure

The magazine’s separate listing of most innovative Israeli companies this year is led by Novocure (also the only Israeli company on the overall list of 50), Windward and Team8.

Keep an eye on these 10 Israeli standouts chosen by Fast Company, a progressive business media brand focusing on innovation in technology, ethical economics, leadership and design.

Novocure develops treatments for solid-tumor cancers. Its Optune product uses electrical fields to attack brain tumors called glioblastomas. Already on the market in the United States, European Union, Switzerland and Japan, Novocure is testing Optune against other kinds of devastating cancer, such as pancreatic and ovarian. Headquartered in Jersey Isle with a research center in Haifa, Novocure has branches in New Hampshire, New York, Switzerland, Germany and Japan.

Windward of Tel Aviv is the first company to take all of the hundreds of millions of data points on ships worldwide and make sense of it for anyone with stakes at sea. The company’s data and analytics are in wide use by global security and intelligence clients to identify suspicious ships. Windward is now bringing its data and analytics to financial institutions to provide accurate, real-time information on the physical flow of seaborne commodities.

Founded by veterans of the celebrated IDF 8200 intelligence unit, Team8 works with leaders and entrepreneurs worldwide to identify the biggest problems in cybersecurity and create long-term, innovative cybersecurity companies to address those problems with disruptive, out-of-the-box solutions. Team8 has offices in Tel Aviv and New York.

Using proprietary data-driven analytics technology, ironSource provides developers, carriers, device manufacturers and brands with an app-discovery platform to better understand and communicate with their users. The company reports more than 3.5 billion installs to date, six million new installs per day and 450 million unique users each month. Based in Tel Aviv, ironSource has offices in San Francisco, New York and Beijing.

Fast Company included this Jerusalem-based equity crowdfunding platform pioneer “for empowering anyone to become a VC.” That is, any accredited investor who can make a minimum investment of $10,000 in OurCrowd’s portfolio of Israeli and global companies. Since 2013, OurCrowd has raised some $200 million for 93 portfolio companies, including such leading companies as mPrest, Enverid, Surgical Theater, Borro, Zebra, Consumer Physics (SCiO), BioCatch and ReWalk. It has offices in New York, San Diego, Sydney and Toronto.

NeoTop Water Systems of Ramat Hasharon manufactures modular covers for water reservoirs that decrease evaporation and savewater while preserving its quality. The covers are comprised of spheres that fill halfway when released into water and also reduce surface temperatures. On the market in Israel, the UK, Australia and the US, NeoTop covers can also be used by fish farms, aquariums and microalgae cultivators. 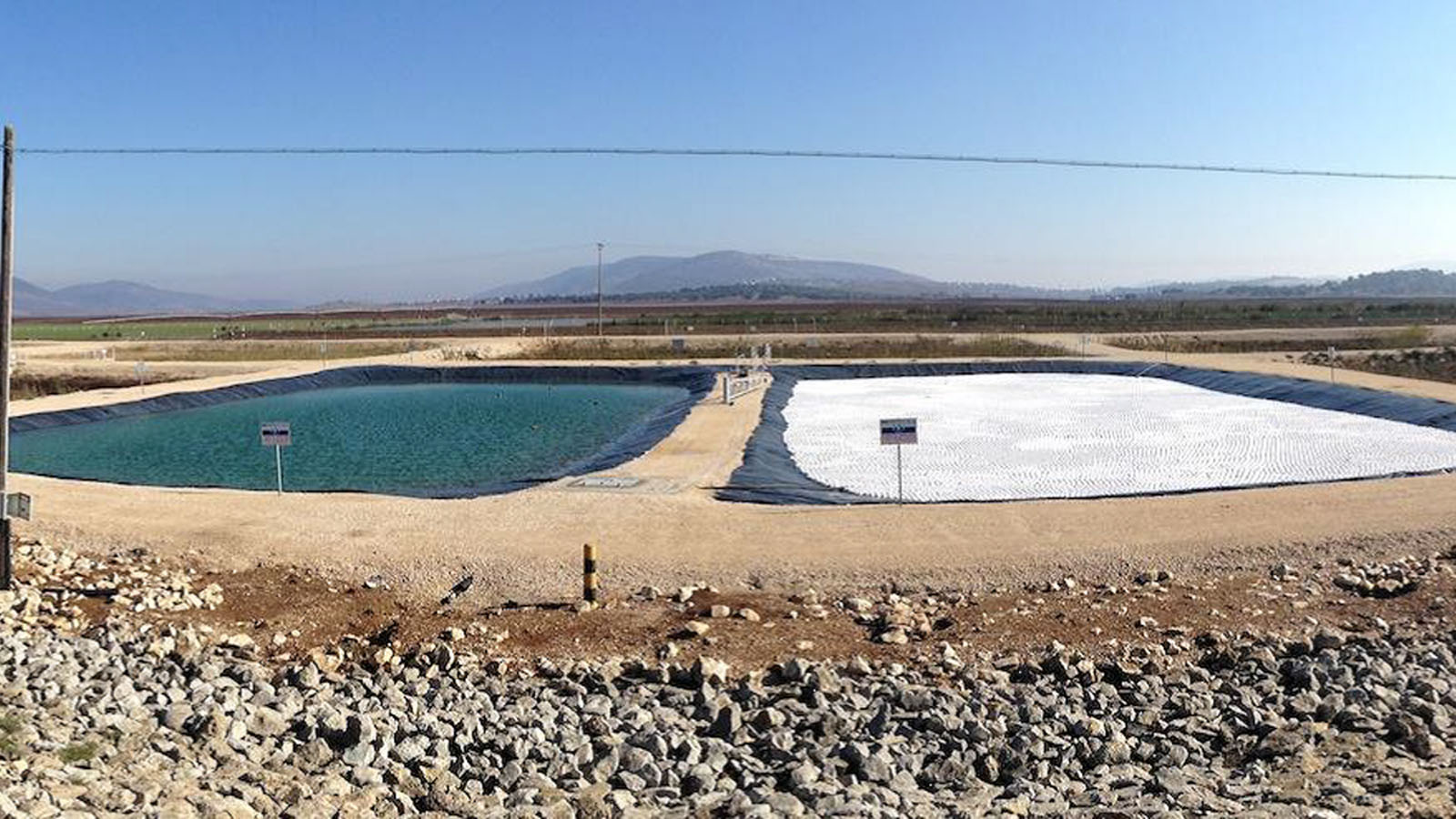 Percepto, based in Tel Aviv, pioneered a computer vision platform designed specifically for drones. It enables drone-mounted cameras to do everything from tracking athletes in motion to locating a parking spot.

Bringing sustainability to the plastics market – including a fully biodegradable shopping bag — Bram is based in Sderot and recently established a $3 million factory in Savannah, Georgia, to produce food packaging products, tableware, plastic housewares, plastic storage tools and more for its American customers including Walmart. It also has manufacturing facilities in Israel and France.

Dual headquartered in Herzliya and Boston, with offices in the UK, Australia, Canada, Mexico, Brazil, Japan and India, Zerto specializes in enterprise-class disaster recovery and business continuity software for virtualized data centers and cloud environments. The company was cited by Fast Company for “making it easier than ever to protect cloud data.”

This Tinder-style social-discovery app (named for the city in which Shakespeare’s Romeo and Juliet met) was inspired by a romance between a Palestinian man and an Israeli woman in New York, but it’s not billed as a dating app. Most users are college students of Israeli or Arab origin in the US, though there are some users in Israel. The founders also have launched versions of the app to foster relationships between Republicans and Democrats, Westsiders and Eastsiders, Trump supporters and Latinos. 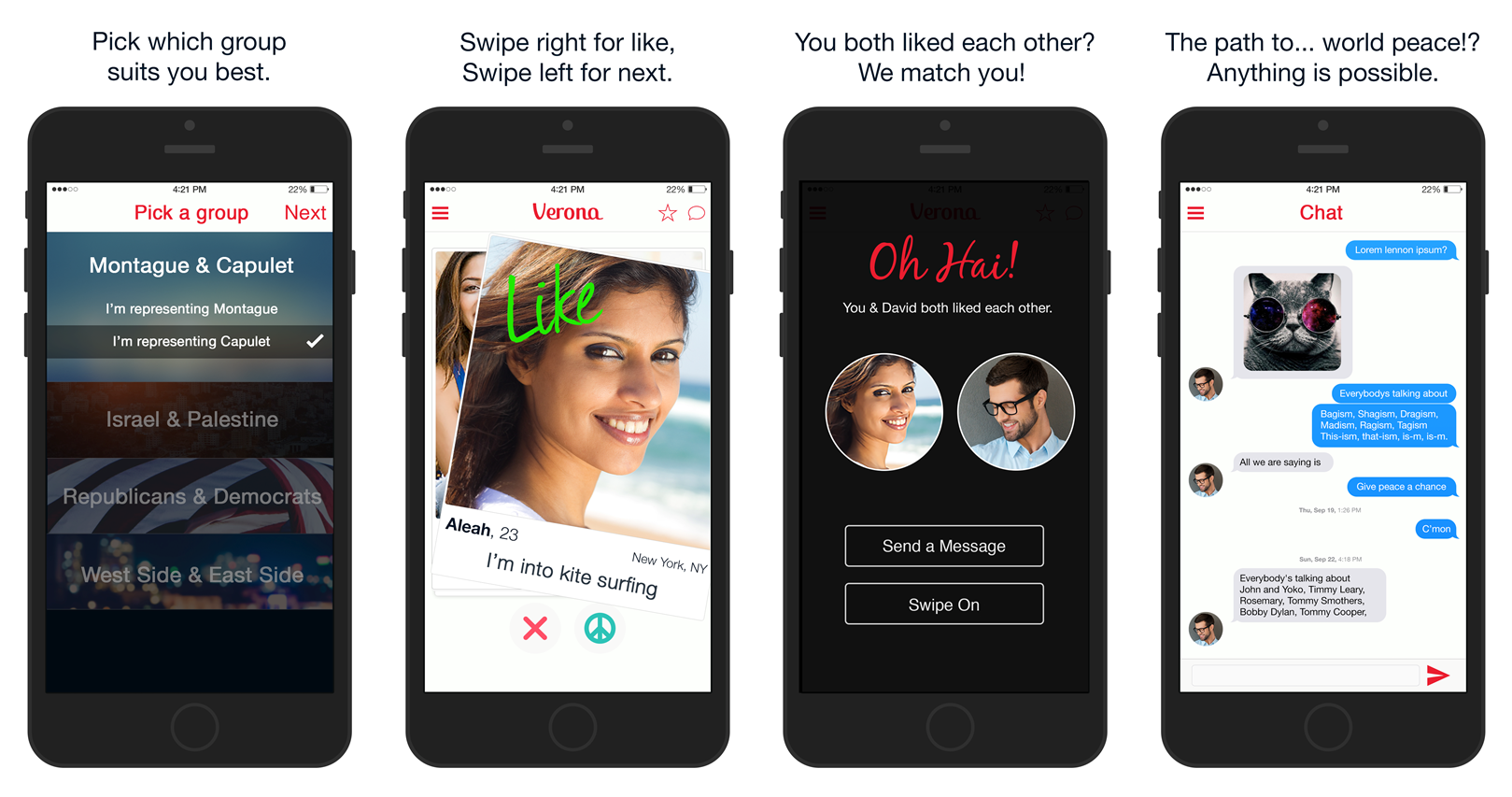 A social-discovery app for Israelis and Palestinians, Republicans and Democrats, Trump supporters and Latinos. Photo courtesy of Verona
UNCOVER ISRAEL - Get the ISRAEL21c
Weekly Edition free by email
Sign Up Now!
Give
Every
Month
Help ISRAEL21c uncover
the Israel we love