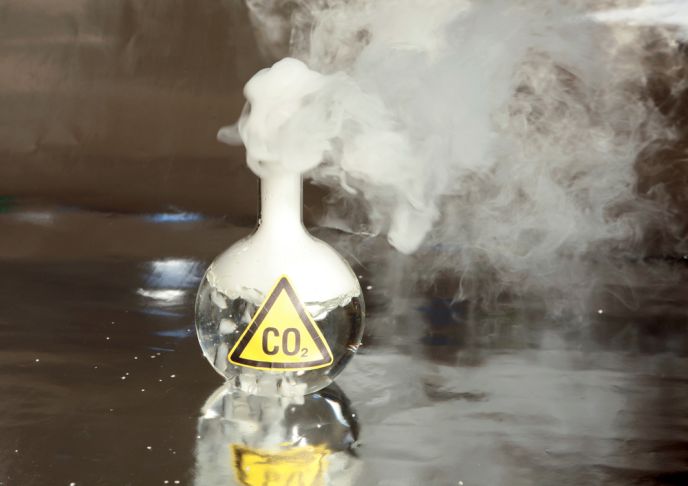 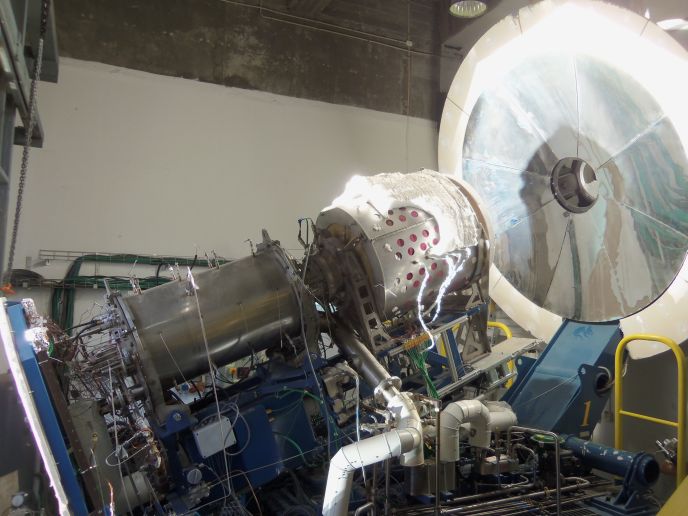 The NCF unit uses heat from the sun or industrial processes to transform carbon dioxide and water to syngas.

For millions of years, plant life has been turning water and carbon dioxide (CO2) into energy. Today, many entrepreneurs are copying natural photosynthesis to find a good use for the dangerously excessive CO2 in our air. But these solutions aren’t widely adopted by industry without government incentives to offset their cost.

The Israeli company NewCO2Fuels (NCF) stepped in with a technology that transforms industrial water and CO2 waste into a hydrogen-carbon monoxide synthetic gas. That syngas is then turned into profitable products such as liquid fuels, plastics and fertilizer.

It’s not only an attractive business model but also sustainable, as the conversion process is fueled by concentrated solar energy or byproduct heat from the industries themselves.

“There are a lot of industries using high-temperature heat to produce things like steel, glass and cement, by burning fossil fuel,” explains CEO David Banitt. “They waste a lot of heat and emit a lot of CO2 to the atmosphere. We take these two streams of waste and turn them into profitable products.”

This unique advantage explains why the three-year-old company is so hot right now.

NCF won the only international prize in the corporate energy category at the 2014 World Technology Network Awards in New York, in association with Fortune and TIME. And the Australian government recently chose NCF syngas as one of 18 fuels of choice for the coming five decades.

The 15-person company has won a grant from the US Department of Energy for a collaboration with Alstom Power and Illinois Clean Coal Institute, as well as grants from the Israeli ministries of energy and economy, and a $1 million grant from BIRD (Binational Industrial Research and Development) Foundation — one of only five projects selected in 2014 to receive funding under the BIRD Energy program.

Banitt tells ISRAEL21c that NCF recently signed a memorandum of understanding with one of the world’s largest steel companies and two international engineering firms to build a pilot unit at a European steel plant. The project, to be completed in about 18 months, is meant to demonstrate how NCF’s system integrates with the steel industry.

Companies in Australia, Israel and China also are eager to have NCF set up demo projects, especially in gasification and gas plants, which emit large quantities of high-purity CO2.

“Gasification is a good method to take low-quality fuel – such as brown coal, woodchips and biomass — and convert it to high-quality products with very little pollution going out,” says Banitt. “The synergy of our technology with gasification plants is optimal.”

NCF technology captures the CO2 released from this process and transforms it into a syngas to be added to the existing end-product facility such as methanol, olephines, fertilizers and more. The ratio of hydrogen and carbon can be fine-tuned to make the syngas appropriate for whatever end product each customer decides to produce.

Meanwhile, NCF units are soon to be tested in Israel at the company’s facility in Rehovot’s Science Park and at an Israel Electric Company power station.

“In the last year it has been exciting to see that the market is very much interested in what we are doing because excess heat is such a wasted asset and CO2 is such a problem,” says Banitt. “The market is quite large.”

NCF’s technology was pioneered by Prof. Jacob Karni of the Weizmann Institute of Science in Rehovot. NCF was founded in 2011 on the basis of an exclusive license from Yeda, the Weizmann’s commercialization arm, with funding from Australia’s Greenearth Energy and Erdi Group (through its subsidiary, ErdiFuels).

Small-scale prototypes proved the concept, and then the NCF technology was studied by five different market evaluators – resulting in the grants mentioned above and positive reviews from a pair of global engineering firms.

“We successfully passed all these evaluations with good grades. Now we are intensively approaching potential customers to refine our design so it will work in industry,” says Banitt.

Though the technology can run on industrial waste heat, “Our long-term dream is using solar energy only,” he adds. “Imagine a desert full of mirrors tracking the sun and producing fuel from the CO2 in the air.”