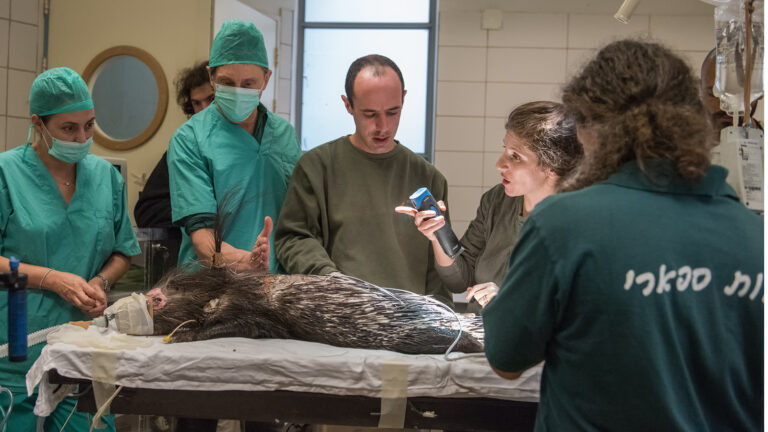 Doctors perform eyelid surgery (blepharoplasty) on people for cosmetic purposes on a regular basis. But Israeli doctors and veterinarians recently operated on an unusually prickly patient – a wild porcupine on the verge of going blind.

The injured quill arrived with severe facial damage to the Wildlife Hospital at the Ramat Gan Safari. Veterinarians onsite examined the porcupine and found that the enormous rodent had hurt her face while trying to escape from a trap. They said that the scarring made it impossible for her to blink and thus threatened the quill’s eyesight. 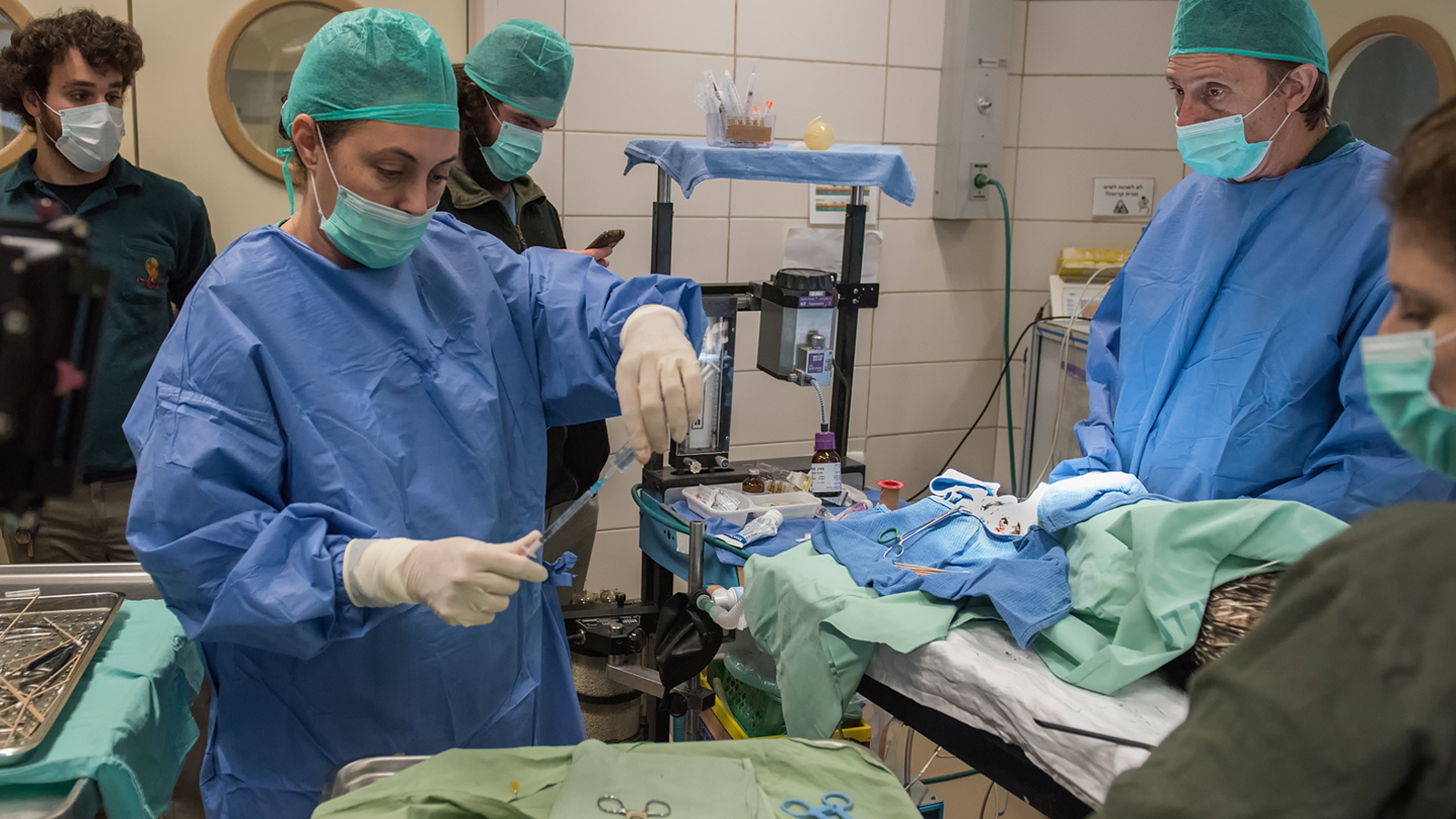 ‘It is an honor that we have the knowhow to treat people and be able to use that knowledge to help animals, too.’ Photo by Ofer Brill/Ramat Gan Safari

Dr. Ayelet Priel, an ophthalmologist at the Chaim Sheba Medical Center at Tel Hashomer and who completed a fellowship in ophthalmic plastic and reconstructive surgery in the Department of Ophthalmology at the University of California in San Diego, California, was called in to help Safari vets with the first-of-its-kind operation.

“I love animals,” Priel, who had never operated on an animal before, told local Israeli media. “I was very happy when they called me to help.”

Ramat Gan Safari staff reported that the operation was a success and that they are now working on rehabilitating their prickly patient to return to the wild in the coming weeks.

“It is an honor that we have the knowhow to treat people and be able to use that knowledge to help animals, too,” said Priel.