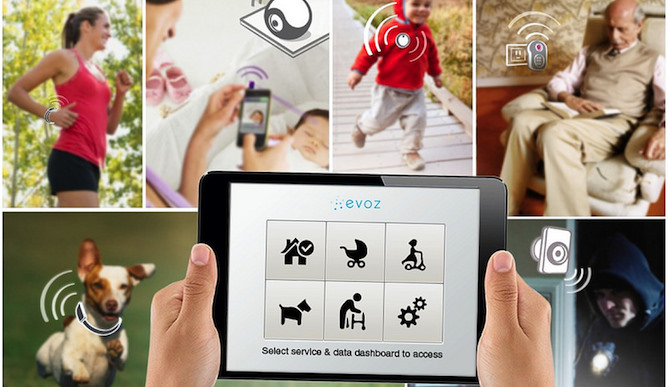 Way more than a baby monitor.

Evoz, an advanced software system for cloud-based home monitoring, has its origins in a barbecue and a baby.

When Avishai Shoham and his wife and infant moved into the graduate student village of Stanford University in California in 2006, next-door neighbors invited them to a backyard cookout. Their baby monitor didn’t reach far enough, so the Shohams called one of their cell phones and left the open line by the sleeping baby’s crib while they were at the barbecue, keeping the other phone in hand.

“That was the early seeding of the idea,” says Shoham, a veteran of successful startups who earned his engineering degree at Tel Aviv University and his master’s in business administration at Stanford. He now lives in his childhood hometown of Kfar Saba near Tel Aviv. The Israel- and US-based company has 13 employees.

Bootstrapped by relatives and former classmates of Shoham and cofounders Yasmin Lukatz and Ruwan Welaratna, Evoz introduced an app in 2010 that turns an iOS device into a virtual baby monitor.

Thanks to a partnership with the Belkin Corporation in Los Angeles, the Evoz proprietary software became the brains inside an actual Belkin-Evoz WeMo monitor that also tracks, stores, and graphs baby’s cries and analyzes the information to provide parenting tips.

“It started as a way to advance baby monitors, but we believe there’s a lot more that can be done aside from connecting a device to the Internet,” says Shoham. “Data from a baby’s room is valuable, for example in solving sleep problems, and I thought that information should be part of what the monitor offers.”

Evoz (shorthand for an “evolved” monitor for the ZZZs of sleeping kids) teamed up with The Sleep Lady, a US-based sleep coach popular with new parents. Users can log data on waking and crying patterns, access articles and videos on sleeping and feeding, and connect with The Sleep Lady’s coaching services around the world. “We process and mine the data and connect it to the right delivery mode,” says Shoham.

The startup’s second partnership is with British Telecom, for its next-generation home automation devices. “Everyone knew the future of home-connected monitoring was in video,” Shoham tells ISRAEL21c. “We power their connected roadmap — a video baby monitor with a lot of cool services, and a video security camera focused on home and family safety.” 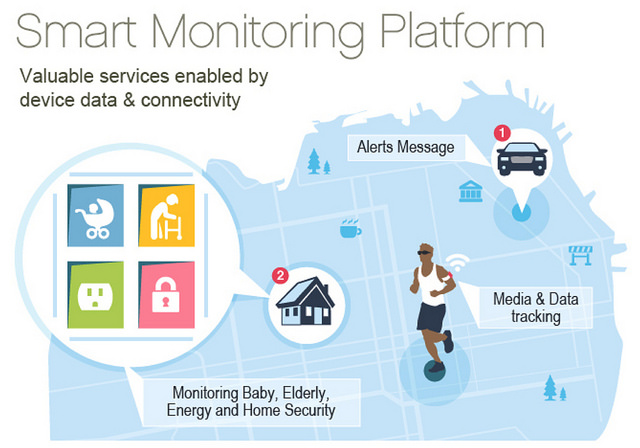 Evoz is evolving into a smart platform for monitoring your life.

The big wave for connected devices

As angel investments began rolling in from Silicon Valley and Israel, Evoz sought additional corporate partners that already have hardware, manufacturing and distribution of devices in place but want to add cutting-edge connectivity software.

Thanks to these collaborations, Evoz technology will soon monitor housebound seniors, detect and send alerts about safety issues in the house, evaluate electricity usage and even suggest the best workout regimen based on its ability to crunch data. The applications are potentially limitless but home monitoring is the main focus.

“We have two types of partners: Large brands that help us expand our offerings and user base; and service providers such as a security data company for location-based insights,” says Shoham.

Smart home monitoring is a futuristic idea that has had fits and starts in past years. Shoham believes its time has come. “It looks like this is the big wave for connected devices,” he predicts.

One possible scenario: At work, you receive an alert that your home smoke detector is buzzing. The Evoz-powered system gives you a map of who’s at home and where they are, lets you speak to family members, remotely turn off appliances that could be causing the smoke, find the phone number of the closest neighbor, or alert authorities.

Obviously, Evoz has company in the Wi-Fi home automation space. End-to-end solutions such as Nest and Dropcam are gaining enthusiastic early adopters. Evoz aims to differentiate itself with a user-driven platform for device manufacturers to add cloud-based data-enabled services.

“We are not just a connected device product,” Shoham emphasizes. “We solve problems. People don’t buy concepts. They buy a service that solves a problem they have. A connected baby monitor solves one type of problem. When we expand the capability by connecting to other products, that will make sense to the customer.”

Now the father of three – ages 10, six and 10 months — Shoham benefits from his own technology. He and his wife even used data from their Belkin monitor to track her contractions during labor.

“We have the early version of the home-monitoring solution launching this summer, and I’ve already used it for watching the kids and for watching the house when we were on vacation. I definitely use this as part of our life.”