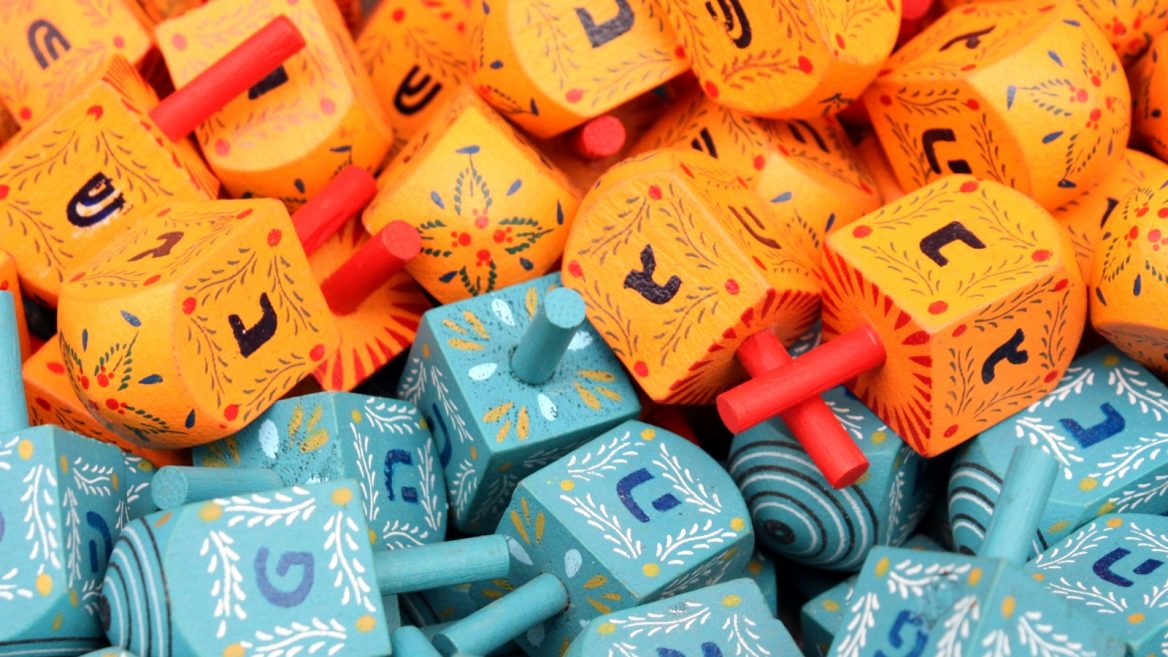 Whether made of wood, plastic, metal or even chocolate, there’s a sevivon out there for everyone. Photo via Wikipedia

It’s Hanukkah! City streets are decorated with LED menorahs, office-mates toast the holiday with platefuls of jelly doughnuts (sufganiyot) and potato pancakes (levivot). And even in this age of video games, children still play – at least for a few minutes – a floor game with a four-sided spinning top known in Hebrew as a sevivon (dreidel in Yiddish).

Limbo is a smart self-balancing electric gyro crafted in aluminum or titanium. The Guinness feat was the beginning of a crowdfunding campaign to fund a commercial version that raised $687,827 in just three weeks, (1,720% over their original goal) with pre-orders now being taken via Indiegogo ($820,307 raised to date).

Back in 2016, Salt Lake City-based Heirloom Games launched a “Make a Better Dreidel” campaign that was also oversubscribed (in this case by 224%), offering an elegant top, machine-tooled from a solid block of aluminum with a better grip, and a ball-bearing point for improved spin.

Otherwise, it was a traditional sevivon: four sides engraved with Hebrew letters that would fall sometime after spinning – which might be better than the Limbo. After all, a sevivon that spins for hours will slow your game down to the point where it is no fun at all.

According to Israeli collector Rachel Bar Lev, “The top is not Jewish in origin and its connection to Hanukkah is late.” She notes that archeologists have found tops dating back to as early as 2000 BCE.

“The tops most widely known in Israel are those with four sides, but around the world there are also tops with six and eight sides… Tops are also used in gambling. On such tops you can find letters instructing the player to pay the others, take the winnings, etc. …So, for example, in Italy, the letters P,O,M,N are on the sides, meaning Pone ‘put’ (pay into the pot); Omne, ‘all’ (you won it all); ‘Medium’ (half, take half the pot); and ‘Nihil’, zero, nothing (you lose).”

As Encyclopaedia Britannica has it, teetotums – the generic term for any multi-sided spinning tops having usually 4, 6, 8, or 12 sides marked with distinctive symbols – have been used in games of chance throughout history.

“A common gambling game with a teetotum played since medieval times is put and take, in which the various sides have symbols instructing the players to either put money in the pot or take from the pot.” 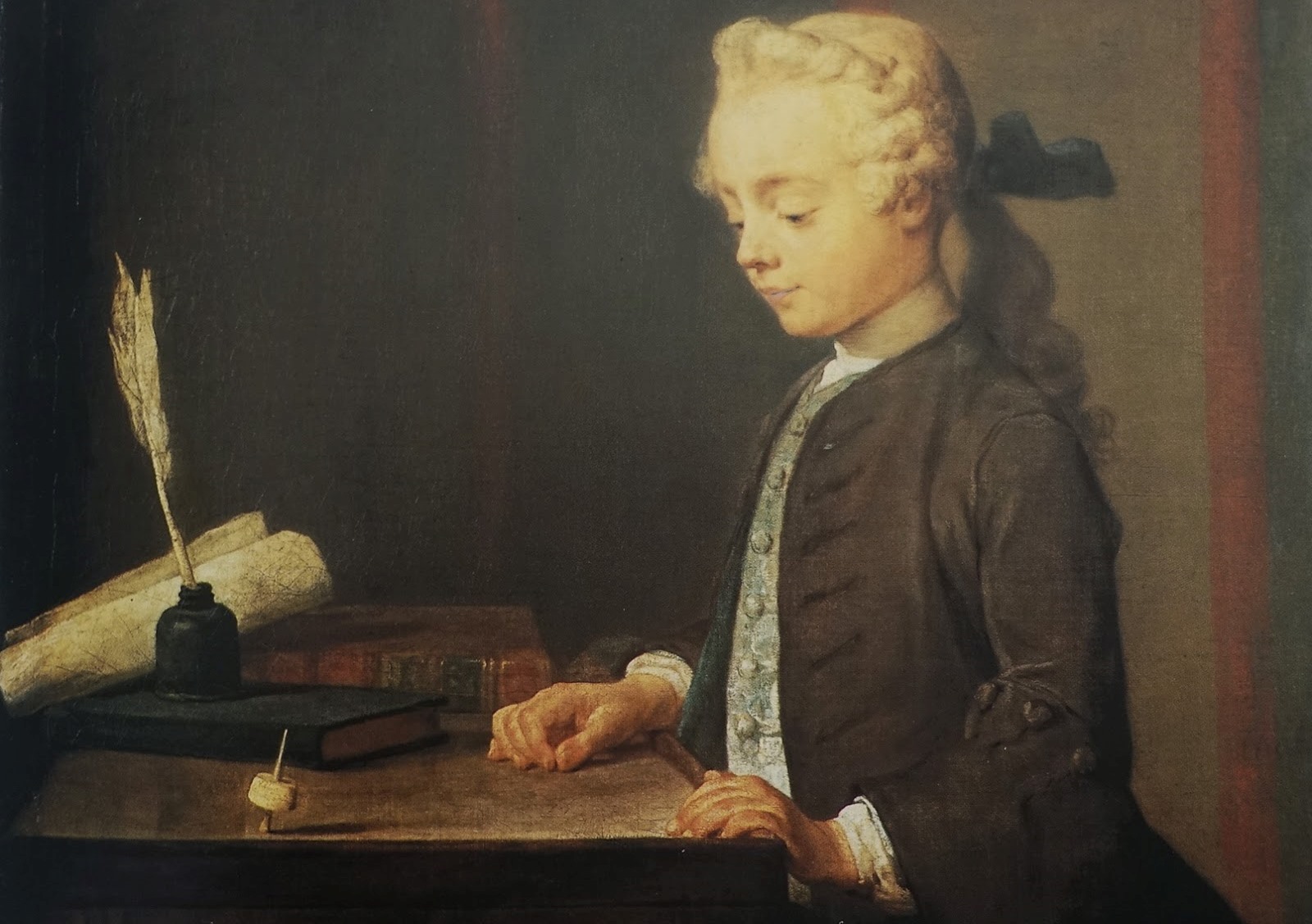 “Child with a Teetotum” by Jean Simeon Chardin, via Wikipedia.

According to a post on Put & Takes and Teetotums by antique gambling memorabilia collector Robert Eisenstadt – whose extensive online collection includes sevivonim – “The Dreidel (a four-sided spinner with Put & Take-like instructions on the sides) was developed in 16th century Germany.”

Bar Lev agrees, “The Hanukkah sevivon, whose identifying characteristics are four sides, spindle and point, came to us from Germany. On Christmas in December, German children would play with tops to win nuts.” The tradition spread to the neighboring Jewish communities.

According to Bar Lev, it was the Jews of Austro-Hungarian Poland who brought the sevivon game to the pre-state Land of Israel. “As part of the ‘conversion’ process, the sevivon’s acronym was Hebraicized to nun, gimel, heh, shin and received a new meaning: ness gadol hayah sham.”

It wasn’t called sevivon at that time, but a dreidel, from the Yiddish word “dreyen,” similar to German words “drehen” (“rotate” or “spin”) or perhaps “kreisel” (“gyro”).

Sevivon comes from the three-letter root word “SVV” (“to turn”) and, according to some sources, the word was invented in 1887 by five-year-old Itamar Ben-Avi, the first native speaker of modern Hebrew as the son of Eliezer Ben-Yehuda, the driving spirit behind the revival of the Hebrew language.

But the first usage of the word in print was on December 24, 1897, by journalist David Isaiah Silberbusch, who took credit for inventing the word. 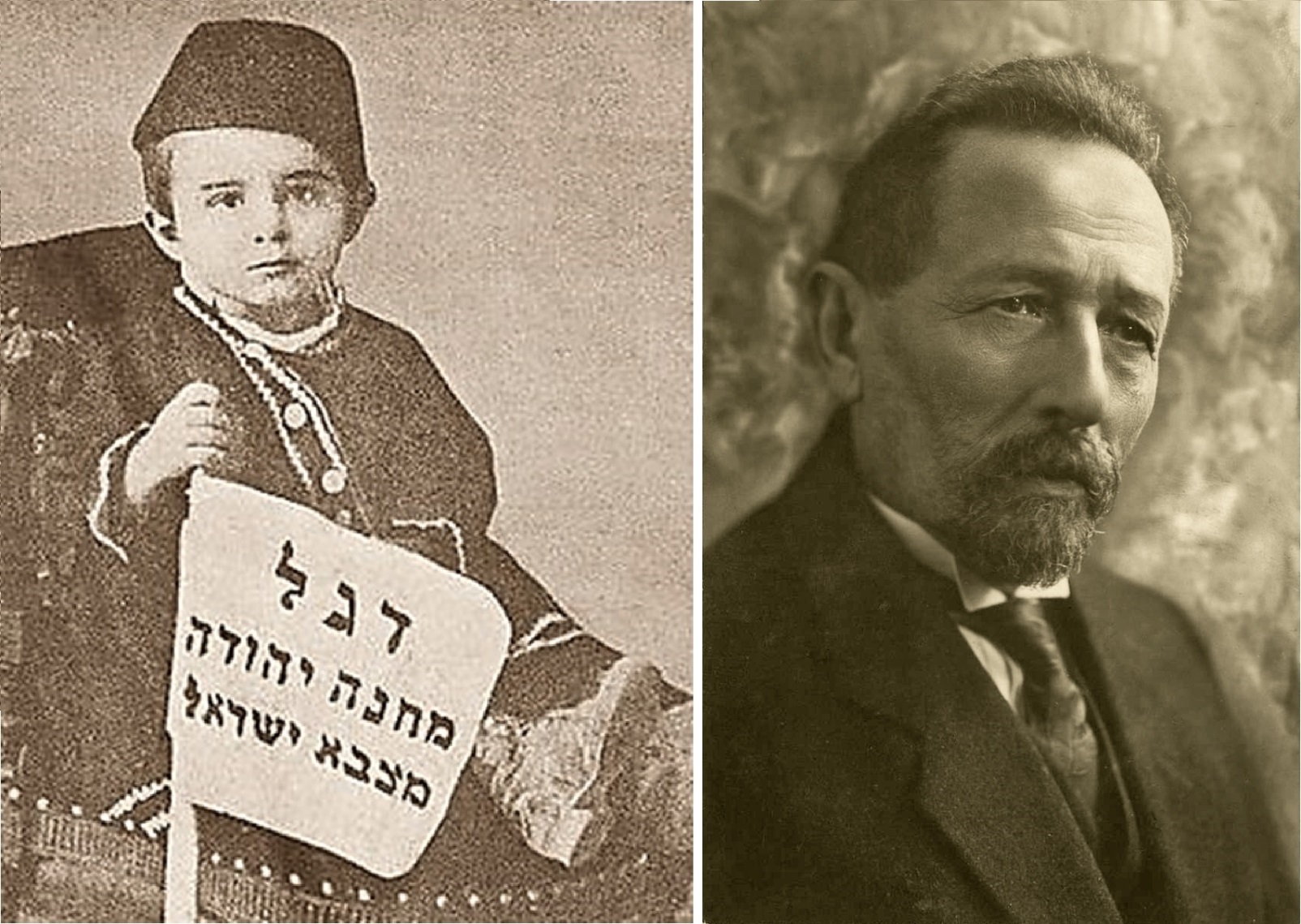 Although legend had it that preschooler Itamar Ben Avi, left, came up with the Hebrew word sevivon in 1887, journalist David Isaiah Silberbusch, right, claimed to coin the term in 1897. Photo via Wikimedia Israel

There were other attempts at Hebraicizing dreidel. National poet Hayim Nahman Bialik suggested “kirkar” (from the root “krkr” – “to spin”) and author Mendele Mocher Sforim offered up “hazarzar” (from the root “hzr” – “to return”) but neither caught on.

Bialik did make a long-lasting contribution to the holiday in Israel with the sweet song “Lichvod haHanukka”,  whose opening lyric is, “Father gave me a sevivon / A sevivon made of cast lead / Do you know what it honors? / It honors Hanukkah!”

The sevivon has become so identified with the holiday that it appears in all things Hanukkah-related, including the 1996 Israeli-American Hanukkah stamp, the first stamp ever issued jointly by Israel and the United States. The design dilemma of which acronym to use – N/G/H/S or N/G/H/P – was solved by presenting only three out of the four letters. 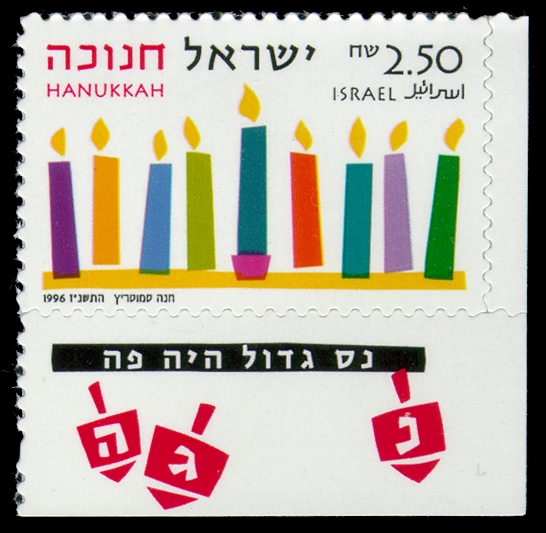 The sevivon continues to inspire children of all ages, with more and more upscale, eclectic and collectible versions available every year. 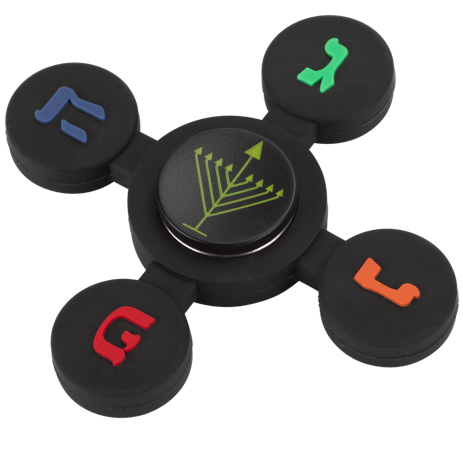 Fidget spinner dreidels – the perfect fit for the stressed-out generation. Photo via FidgetDreidel.com

In line with the recent fidget spinner craze – marketed as an antidote for everything from stress to ADHD – manufacturers have created a four-sided dreidel spinner.

And now, there’s even an app for that! Social-tech National Service program Carmel 6000 (read about it soon on ISRAEL21c) created Dreidelit on behalf of Beit Issie Shapiro  “to provide the opportunity of playing the traditional Hanukkah game to all players regardless of their physical challenges.” The app can be downloaded from Google Play for Android devices.

After all, the true origins of the spinning top game have always had less to do with Hanukkah and more to do with keeping the kids happily occupied during the week-long holiday.