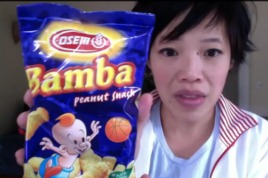 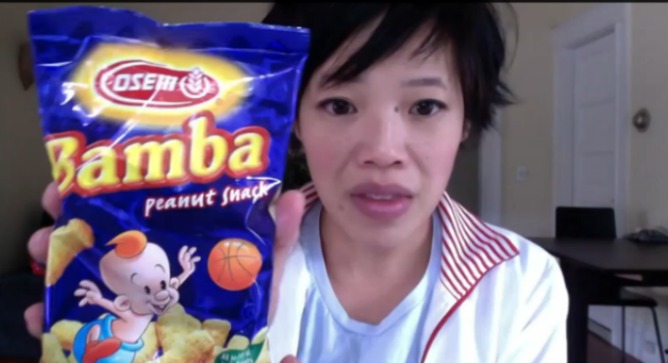 New media goddess EmmyMade In Japan loves Bamba, Halva and Bissli even though she can’t quite say their names. The American adventure eater, who makes YouTube videos of herself eating treats from around the world, went crazy over an Israeli food package sent to her by a loyal viewer.

Many travelers will agree that tasting the world’s cuisine is the best way to really get to know another culture. EmmyMade In Japan does it without leaving the comfort of her home.

But big bonus points to this gastronomical adventurer as she seems to have no problem opening a package of something she cannot read and taking a bit out of it. Emmy describes the texture and smell of each new morsel and gives her opinion on what she has just eaten.

EmmyMade In Japan has tasted a whole slew of national treats. Her Israeli video has more than treble the views of her other videos.