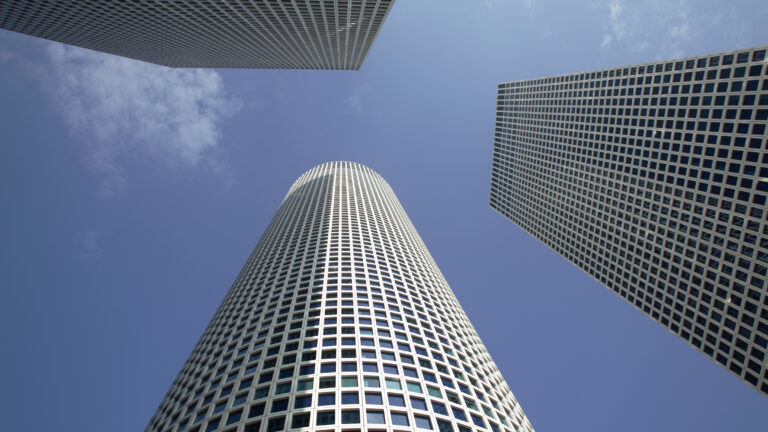 Israelis will pitch a startup idea in an elevator ride up the Azrieli Towers in a bid to win $100,000 in investment money. (Shutterstock)

One hundred Israeli startups will have the time it takes to ride an elevator up the Azrieli Tower in Tel Aviv to make a successful pitch. It’s all part of the The International Startup Festival’s Elevator World Tour which debuted this year at the CN Tower in Toronto.

In the one-minute ride, the startups will pitch to a panel of angel investors to compete for an investment of up to $100,000.

“Israel is the Startup Nation, cultivating thousands of successful startups,” said Philippe Telio, founder and producer of the International Startup Festival and Elevator World Tour. “Take the company Onavo for example, which recently celebrated a lucrative exit. Onavo was the 2011 winner of our pitch competition at Startupfest in Montreal, and partnering with forward thinking cities such as Tel Aviv is a part of our innovative approach to continue finding the next big thing.”

Judges include New York City’s Jamie O’Hara, director of Grise Global Group, Montreal’s Howard Stotland (Founder of STS Systems), Mayer Gniwisch (Founder of ice.com) and Danny Knafo (Calidus Capital Corp), who have all founded and sold technology companies for hundreds of millions of dollars. Roy Oron, General Partner of Israeli-based Plus Ventures has also joined as an investor and judge in the competition. The group of judges will choose one winner by the end of the evening, during a cocktail for all attendees at the top of the tower.

Israeli startups can apply to pitch by November 29 at http://www.elevatorworldtour.com/apply-to-pitch.html

The first-ever Elevator World Tour took place in the CN Tower in Toronto. Tel Aviv has been selected as the second stop in the tour with several cities slated for 2014 including Rio de Janeiro, New York City, Barcelona, Paris, Berlin, Dubai and Santiago.

The winner of the Elevator World Tour in Tel Aviv will secure — in addition to the investment prize– an opportunity to pitch in Montreal at the International Startup Festival to compete for the title of world champion.