If you’re a dairy cow with a number tag in your ear, life is a continuing cycle of pregnancy, birth, immediate separation from your calves, and machines taking your milk.

Within five years, your body wears out from this unnatural process. The next step is the slaughterhouse.

Angela was one of those cows. But thanks to a kindhearted farm worker, instead of ending up on a dinner plate Angela was reunited with her blind baby, Gali, at Freedom Farm.

About 250 cows, chickens, sheep, goats, pigs, turkeys and ducks live out their days in peace at this educational sanctuary in Israel, alongside 18 rabbits rescued from research labs.

But they hope that visitors will come away more compassionate after encountering creatures they’d otherwise find shrink-wrapped at the supermarket or grilled on a skewer. 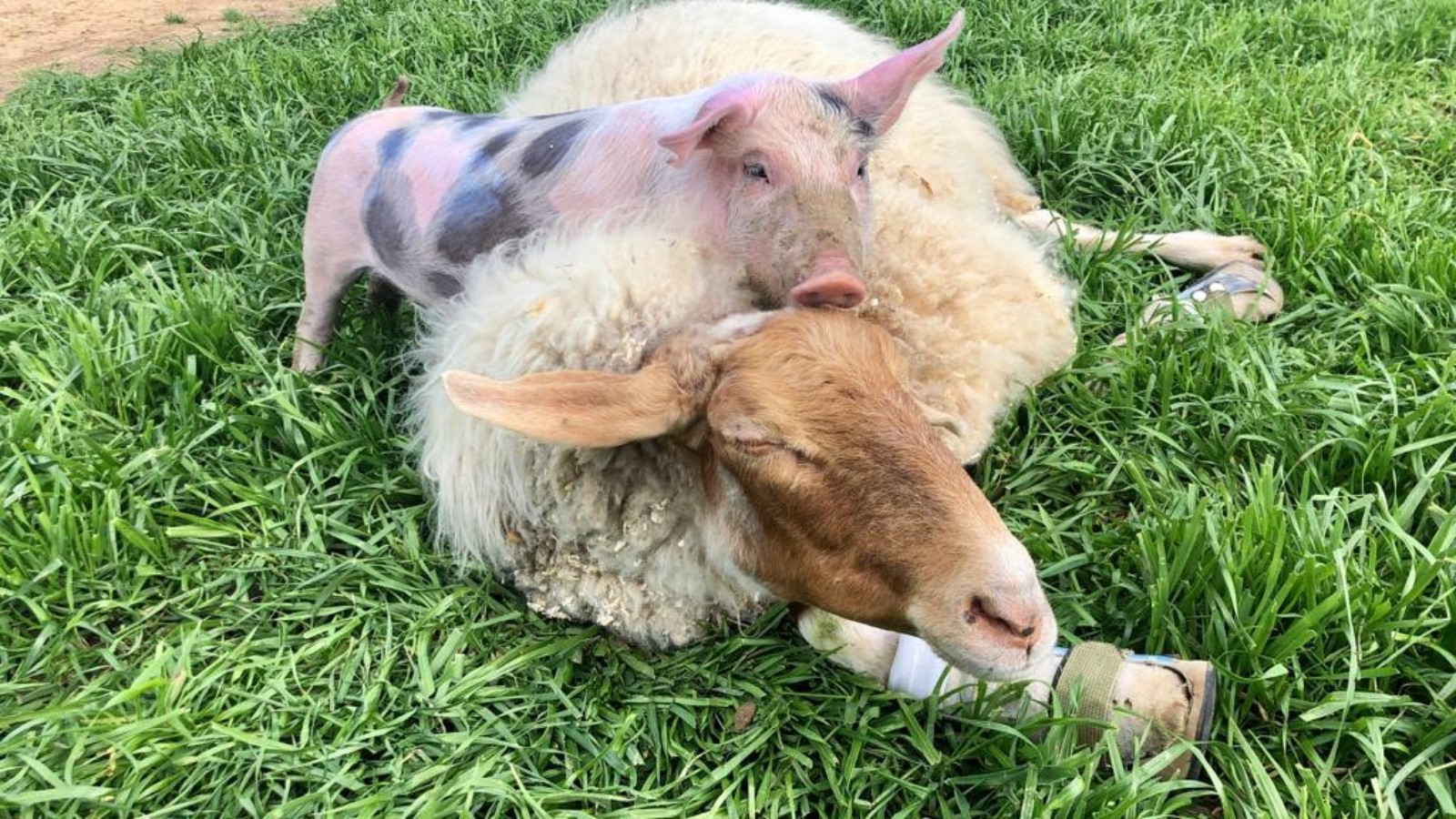 Orit the piglet and Gary the sheep are buddies. Photo courtesy of Freedom Farm Sanctuary

“The animals here are so precious to us but their brothers and sisters stay behind and suffer,” says Ben Ari. “Even though we’re not saving so many, every person who visits and makes a change ultimately rescues many animals.”

Most of the animals at Freedom Farm were released to the sanctuary because they have disabilities making them unprofitable to the food industry. 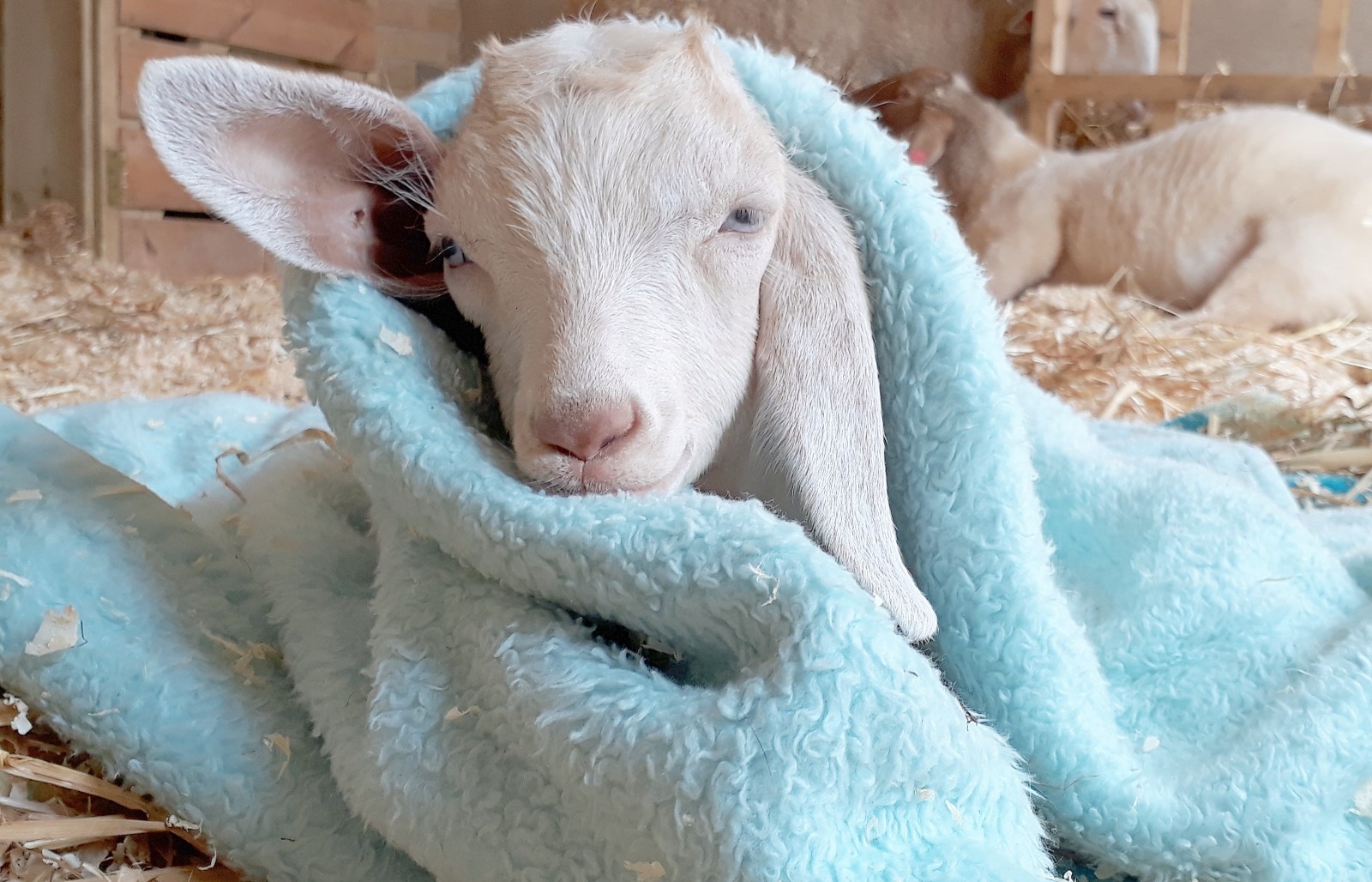 Roy, born disabled on a dairy farm, got vitamins, physiotherapy and acupuncture to help him walk. Photo by Danielle Meiri/Freedom Farm Sanctuary

“Here you will meet sheep and goats in wheelchairs, cows and goats that are blind,” says Romano.

“We put so much into healing them physically and mentally, building their trust in human beings. We have volunteers around the clock feeding them by hand, showing them that not all humans are cruel.”

Romano and Ben Ari each worked in the business world until their lives were transformed in 2011 by watching “The Most Important Speech You Will Ever Hear” from American animal-rights activist Gary Yourofsky. His lectures about the suffering and environmental damage in factory farming had a big role in kickstarting Israel’s world-leading vegan revolution.

Before meeting one another, both women learned about the Woodstock Farm Animal Sanctuary in upstate New York and dreamed of starting something similar in Israel. After being introduced by Paz, they began planning their venture. 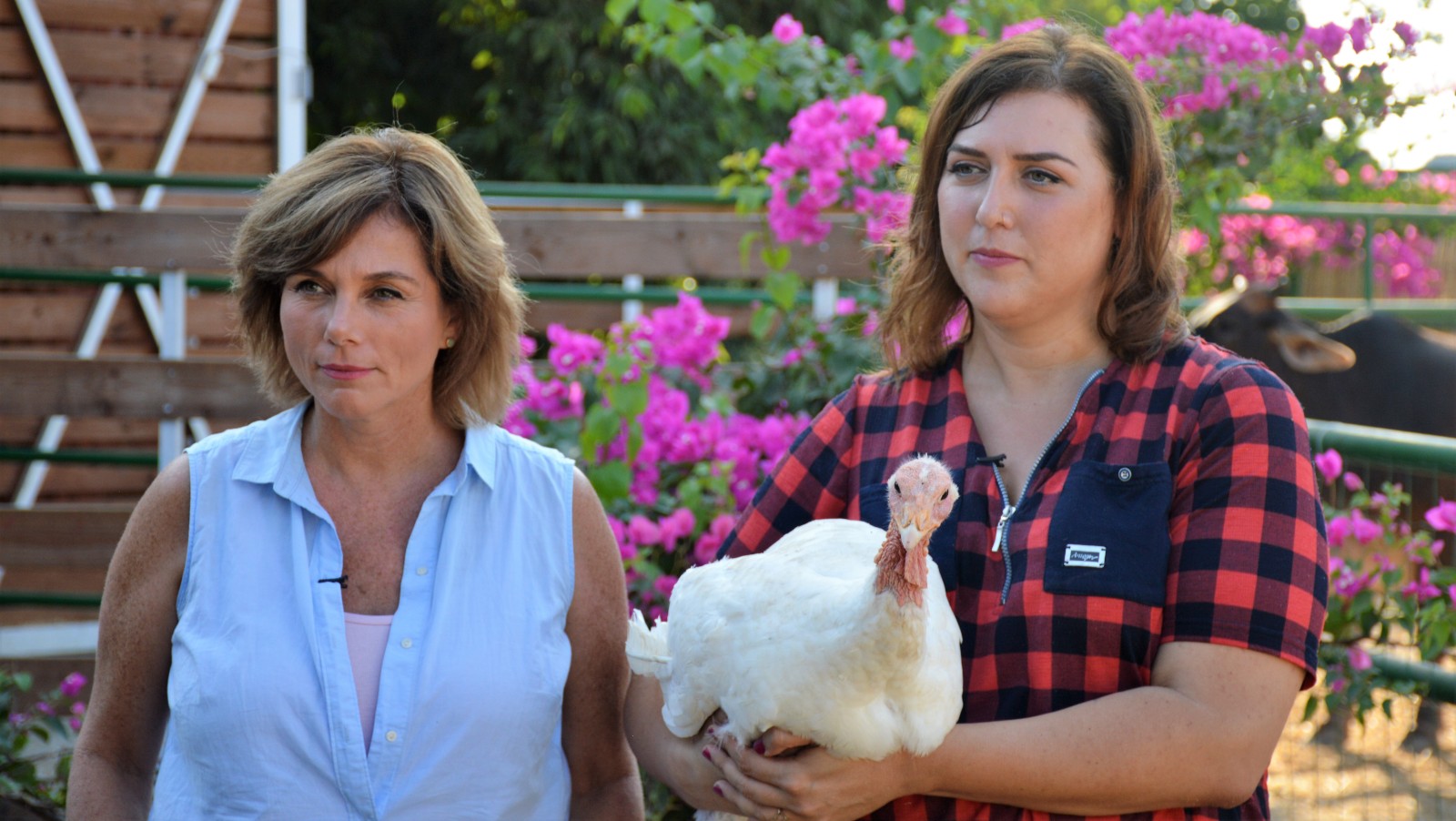 “We didn’t know what to expect, and that was lucky because we might have been discouraged if we knew the bureaucracy would be so complicated and expensive,” says Romano.

Israel had no legal guidelines governing a sanctuary for animals that are normally raised for slaughter.

“It wasn’t a donkey sanctuary or an animal shelter or a petting zoo, so they didn’t know how to treat us. An educational place to make people view animals in a different way — this was something new,” says Ben Ari.

“The Agriculture Ministry suggested the North or South where we could have more land, but we wanted it to be convenient to more people because change will come only from changing behavior.”

On October 5, 2016, Freedom Farm Sanctuary opened on Moshav Olesh, 45 minutes north of Tel Aviv. It has a staff of 15 part-time workers plus volunteers who help on location and with marketing and social media. The farm has 500,000 followers on its English Facebook page alone. 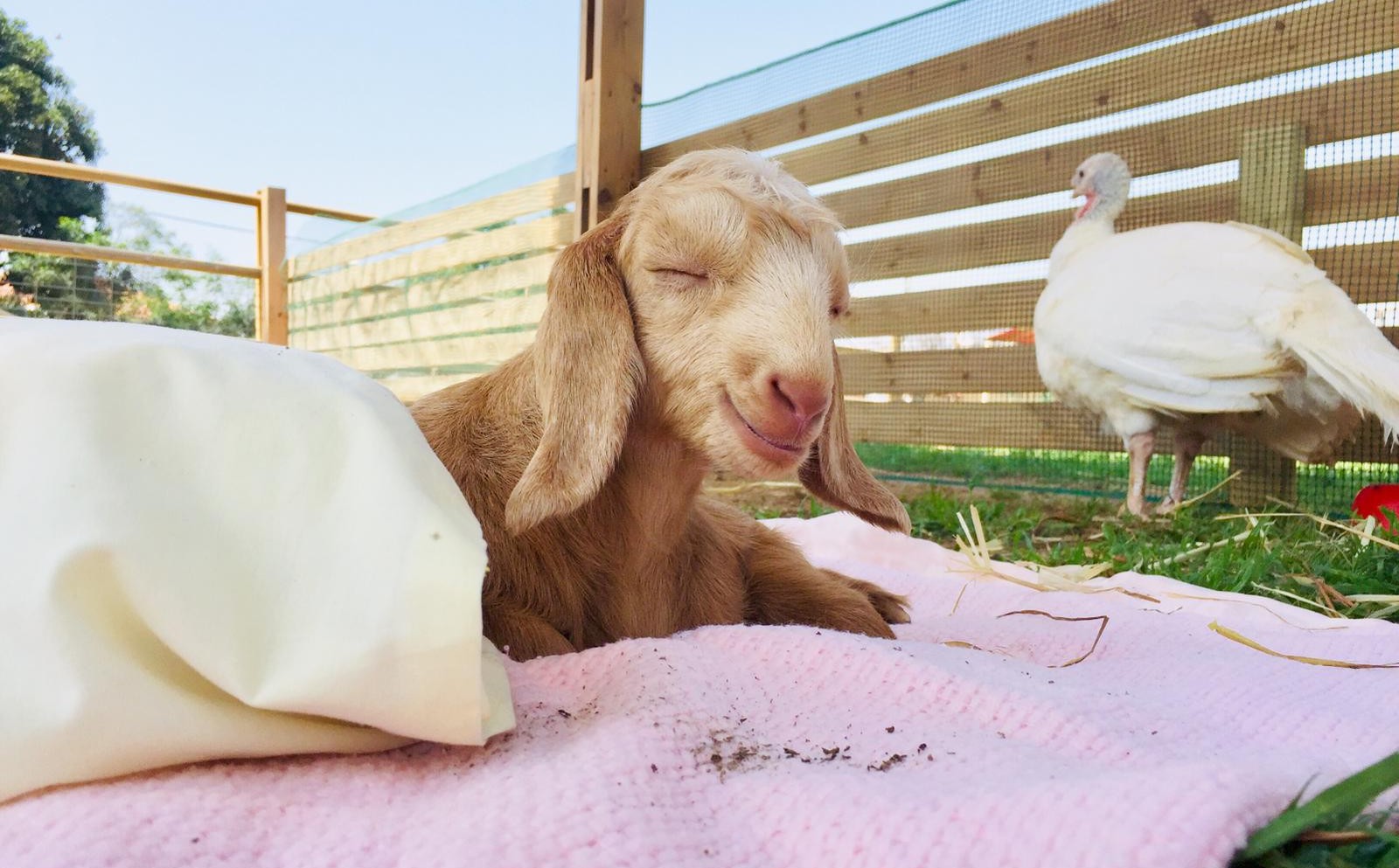 Supported by donations and revenue from Israeli and foreign visitors – some groups are brought by the Foreign Ministry and Birthright — Freedom Farm is closed to the public during the pandemic.

“We were established for education, and so now we do a lot of Zoom classes. We reached 2,000 students over the past few months,” says Ben Ari. “We have a long waiting list of schools that have contacted us.” 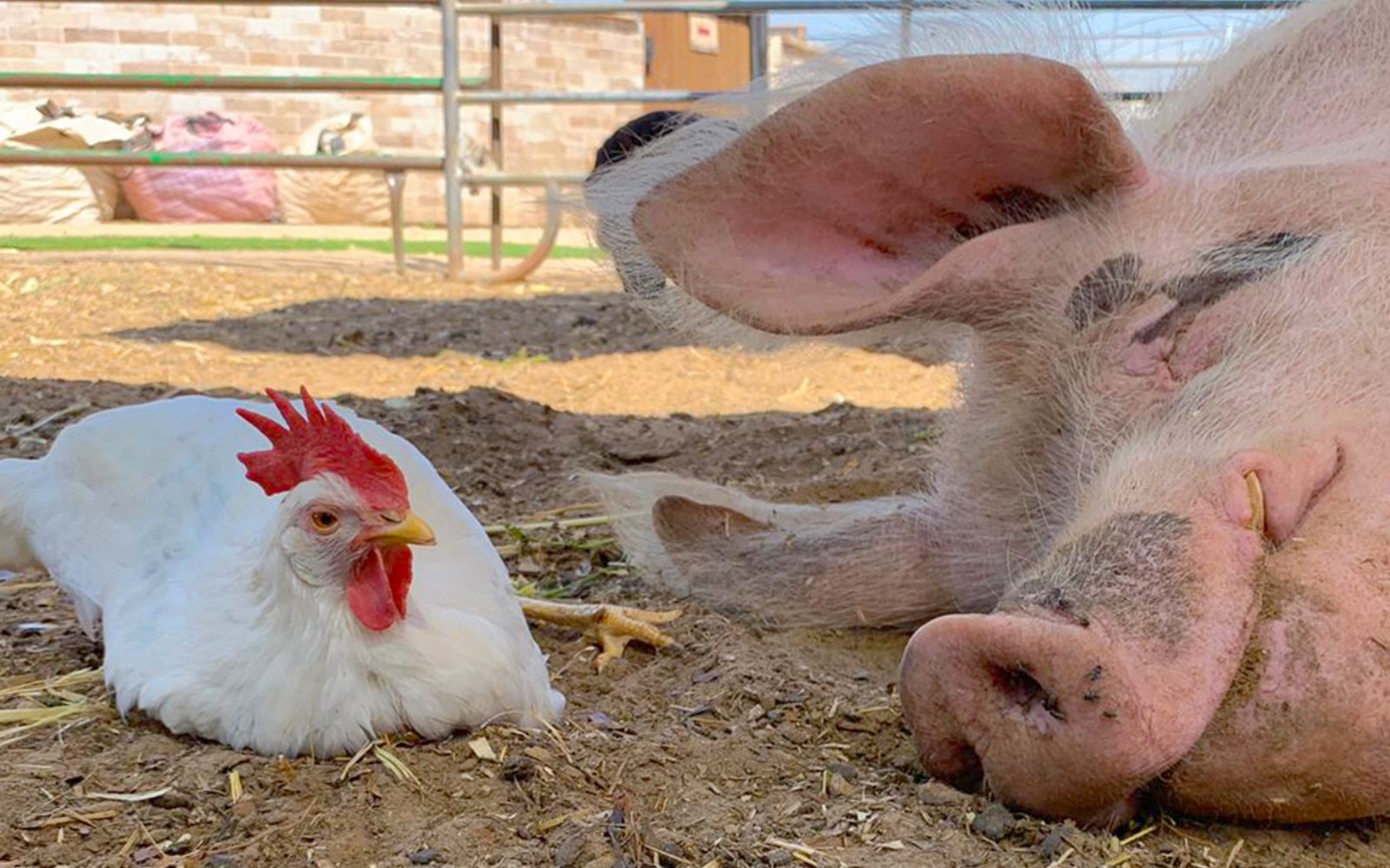 Sophie the chicken and Yossi the pig. Yossi was donated from a pig breeder in cooperation with Israeli organization Let the Animals Live. Photo by Shelly Sternberg/Freedom Farm Sanctuary

Visitors are never asked about their dietary habits or pressured to become vegetarian or vegan. Tours of the farm stress compassion and the value of helping the less fortunate.

Teachers tell Romano and Ben Ari that their pupils relate differently to one another after their Freedom Farm sessions.

“Compassion for animals leads to a society where people have compassion to each other,” says Romano.

When conditions allow, tours in English can be arranged by email. For more information, click here