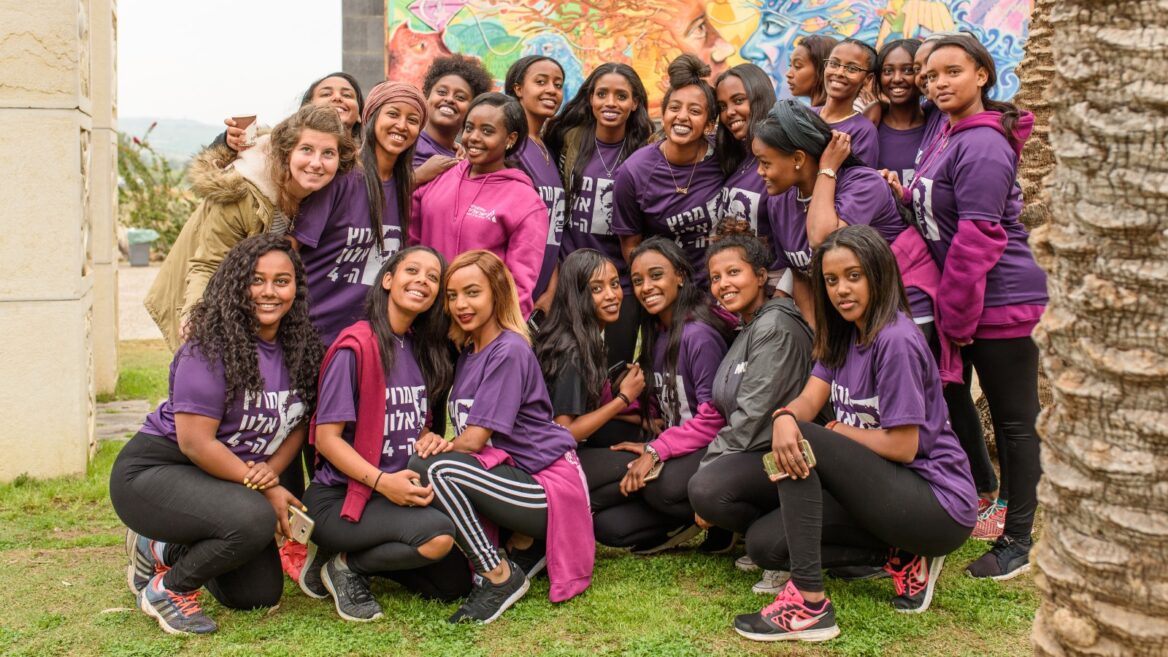 While Eran Schwartz was serving as a pilot in Israel Air Force, he became worried about the inner fabric of Israeli society.

“I was protecting the outside fabric, but I saw we need to protect the inside too,” he tells ISRAEL21c. “I decided to focus on social change and education, which I think is the key.”

Schwartz moved to the Galilee with his wife, a French immigrant. For the last six and a half years, he has been CEO of Yigal Allon Center at Kibbutz Ginosar near the Sea of Galilee (Lake Kinneret).

Yigal Allon Center was founded as a memorial museum honoring a prominent Israeli general, politician and peace plan architect from that area, who died at age 61 in 1980. The site also houses a popular tourist attraction, the 2,000-year-old Galilee fishing boat (“Jesus boat”) found in 1986. 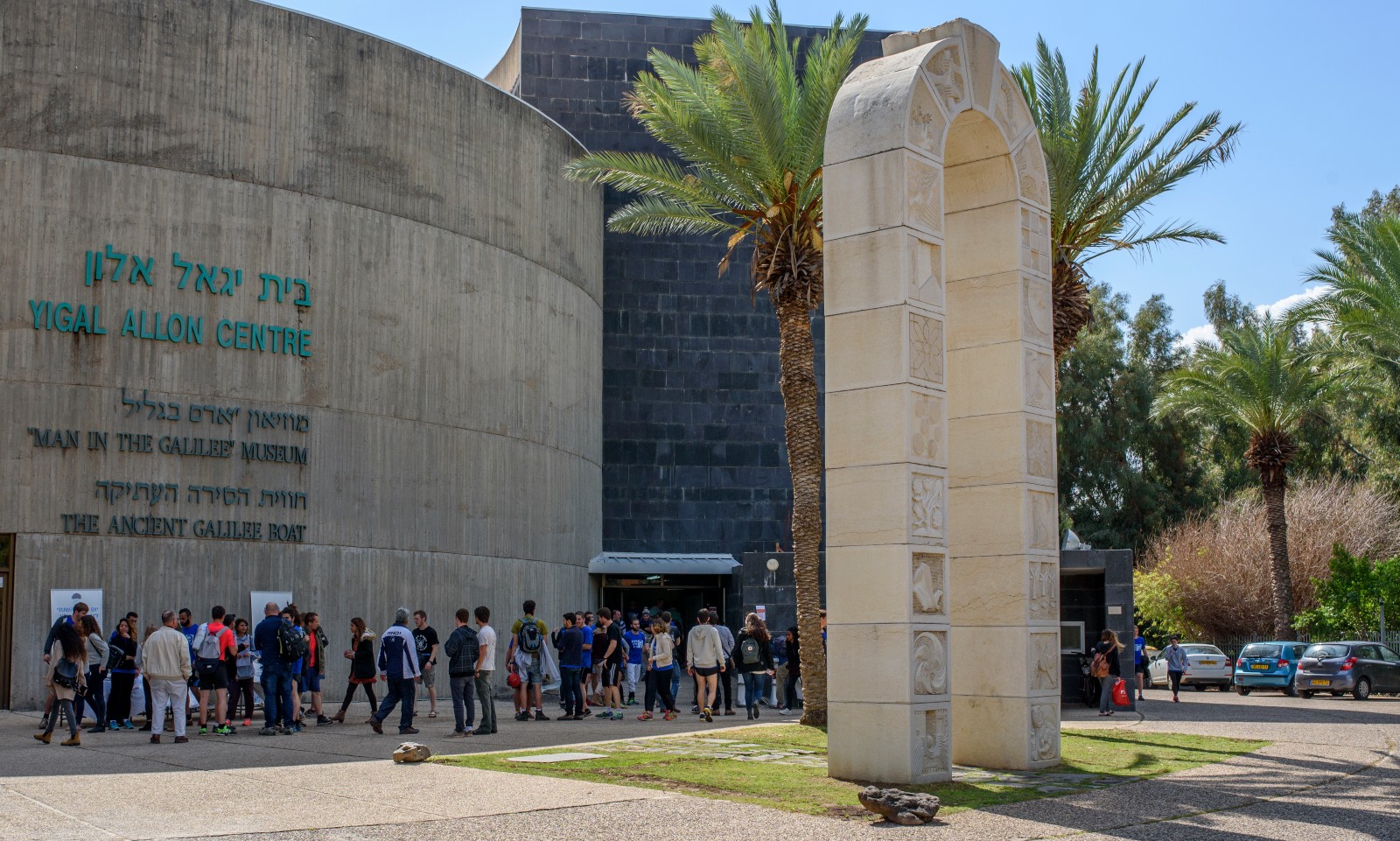 “When I arrived, my vision for this place was to focus on the future of the state and not the past. I had to persuade the board to completely change the orientation to one of education, mostly in the periphery, to advance leadership,” says Schwartz.

“I had zero knowledge, but I had a vision. And I was lucky enough that the board followed me into this vision,” says the 38-year-old father of three. 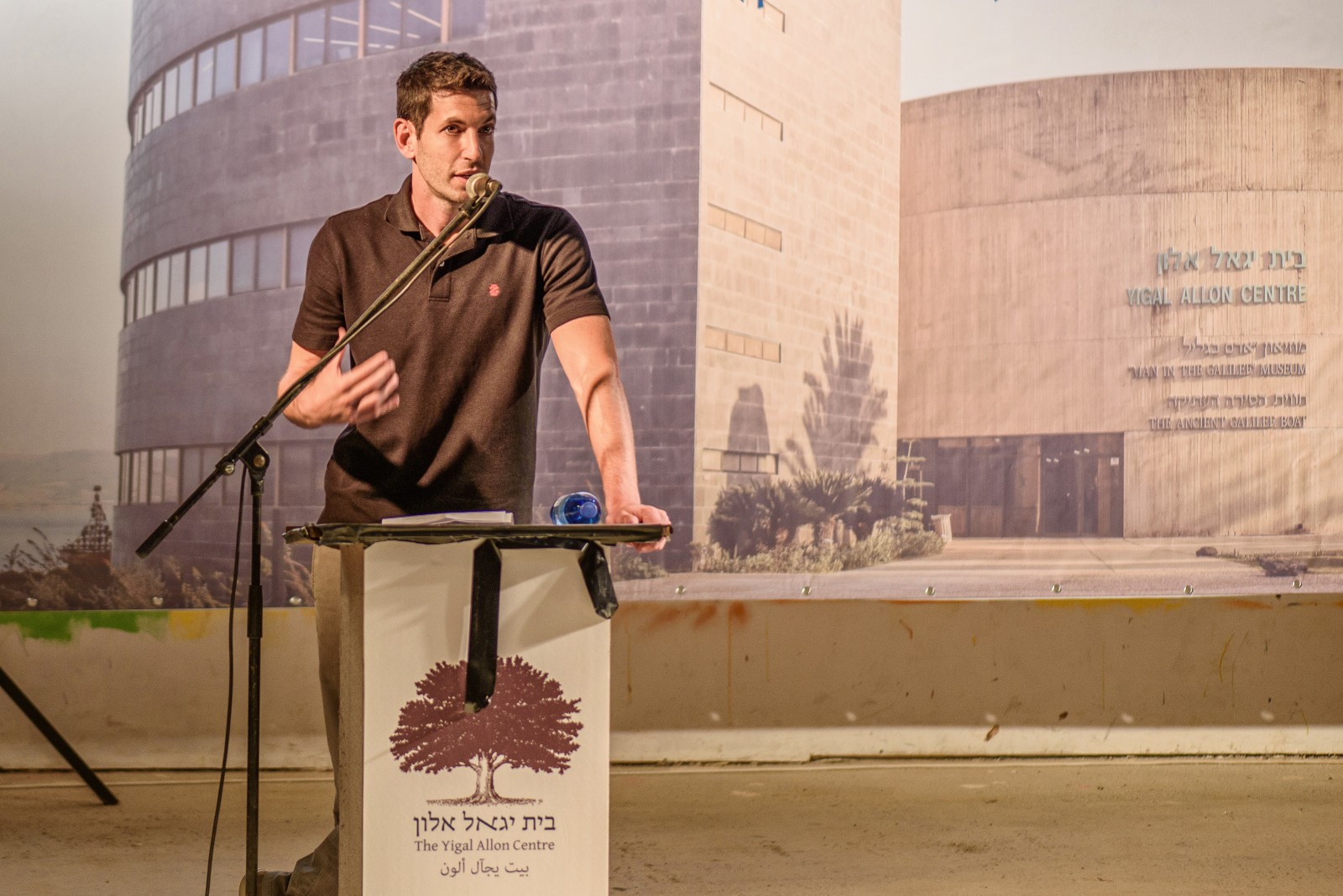 Inspired by Allon’s heritage and values, the center runs educational programs, post-high school preparatory courses for Jews and Arabs, a program for integrating ultra-Orthodox Jews into society, and more, all with the goal of promoting equality and coexistence throughout Israel.

“We work with a huge variety of people, a microcosm of what I wish Israel looked like: soldiers, commanders, officers, police officers, Arabs and other populations that in my view are crucial to work with in order to have a strong state,” says Schwartz.

To walk in someone else’s shoes

One innovative program was created four years ago with the Jewish Agency — a seven-month residential leadership academy for boys and girls after high school, in which half the members are Muslims, Christians or Druze and half are Jews of varied backgrounds, “to set an example of mixed leadership,” says Schwartz.

Living together 24/7, along with their counselors and educators, gives members of the Allonim academy an impactful foundation before the next stage of life, which for many of them will be military or civil service. 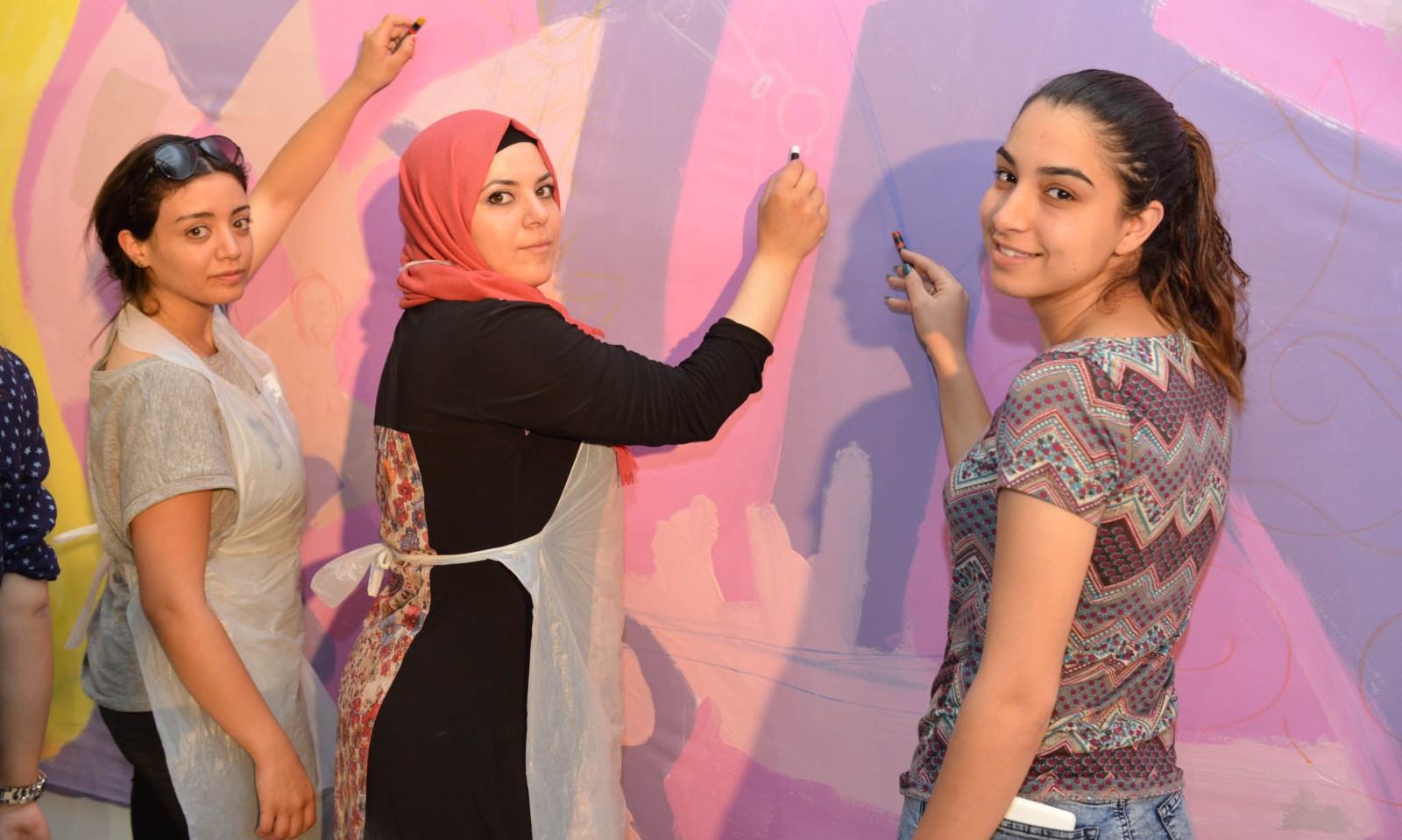 A graffiti project for Israelis of different cultures, at Yigal Allon Center. Photo by Kobi Duner

Schwartz recalls a special friendship that formed during Allonim between a Bedouin girl from the north and a modern Orthodox Jewish girl from a settlement. The Jewish girl found Allonim when looking for a gap-year program, while the Arab girl was inspired by a presentation from Schwartz’s staff in her school.

“At the beginning and end of the seven months you saw different people. They were both amazing girls before, but they gained the ability to understand the other –not to change her own identity but to walk in someone else’s shoes,” says Schwartz.

Each invited the other to spend a weekend in her family home, truly cementing the friendship. The Jewish friend is now in the military and the Arab one is doing civil service. They sometimes come back to Allonim together to interact with the current cohort.

“You can imagine that politically they are on opposite sides, but it doesn’t matter,” says Schwartz. “When they are leaders, and I hope they will be, they will act differently because of this experience.”

In addition to its own premilitary gap-year academy, Yigal Allon Center serves as an educational center for about 60 percent of other Israeli premilitary academies (mechinot in Hebrew).

“They come here but also our educators go out all around Israel,” says Schwartz.

Prior to the March 23 elections, Yigal Allon Center surveyed hundreds of students in these academies and discovered they were disillusioned with the political system and ambivalent about voting.

“We sent our educators to 20 mechinot to discuss the importance of democracy and why they should go vote,” Schwartz says. 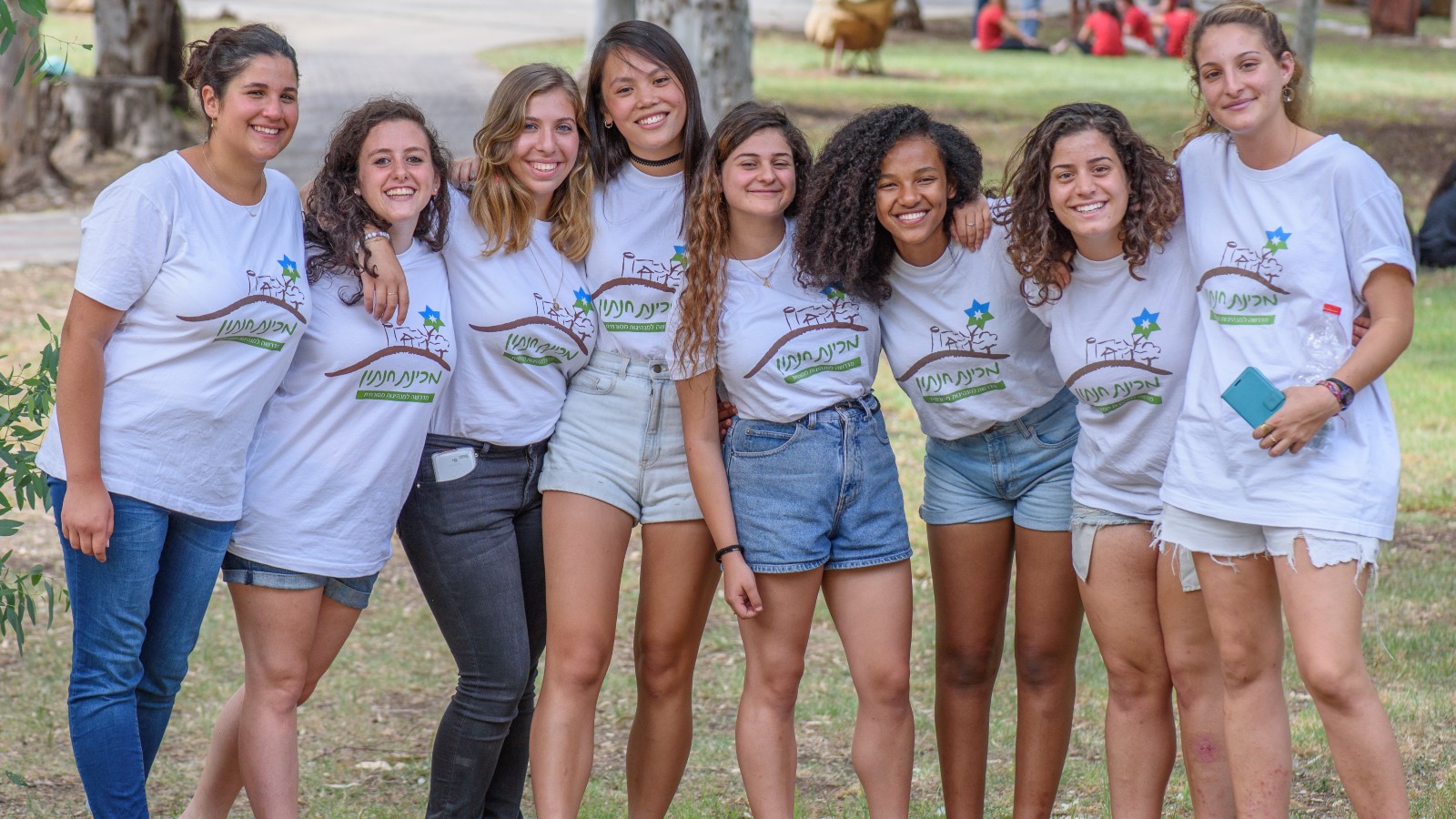 Students from Mechinat Hanaton at a program run by Yigal Allon Center. Photo by Yosi Sabah

“We also have a department that deals with relations between Arabs and Jews. We get together about 3,000 students from 40 middle schools in the north and try to make them understand that ‘the other’ doesn’t have a tail. We fight stereotypes. We tell them, ‘If we are doomed to live together, let’s try to do it right.’” 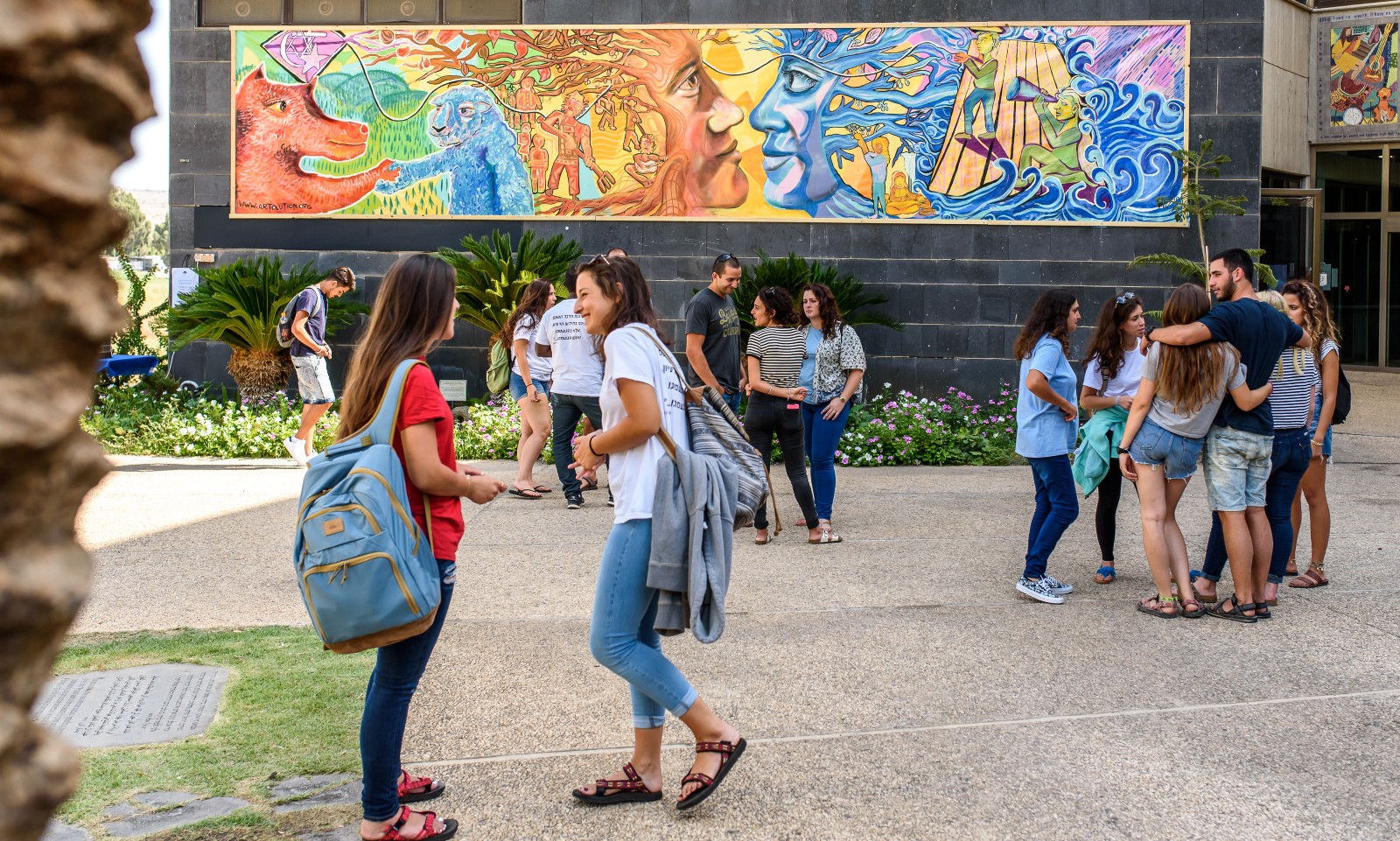 The center also does programs to advance greater understanding of Israel’s multicultural society in the law-enforcement and military sectors.

“They come away with a better understanding of the complexities and how to deal with them, to know when to be a soldier or police officer and when to be a compassionate human being,” says Schwartz. “I don’t see them in contradiction.” 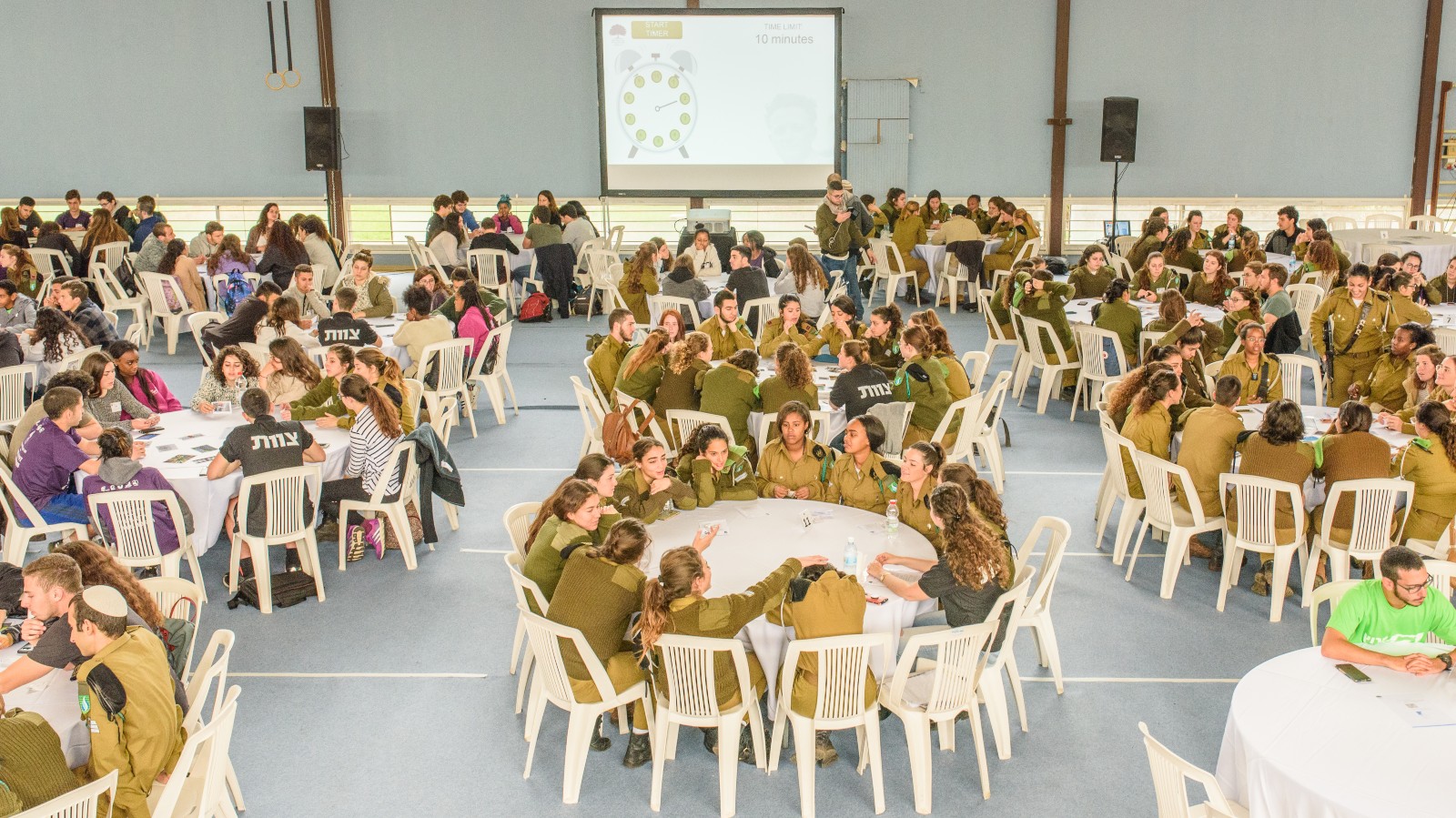 “I am secular, but I am starting a new program with a haredi [ultra-Orthodox] friend from Jerusalem to help elite haredi kids who want to join special forces units in the IDF,” says Schwartz.

“Until today they have not had that opportunity. We want to create new leadership in the haredi sector and help them participate more in Israeli society.”

The disconnect between secular and haredi Jewish Israelis is no less an issue than it is between Jewish and Arab Israelis. The corona crisis only exacerbated a mutual lack of trust due to highly publicized violations of mass gathering and social distancing rules.

“I see a breaking point in this,” says Schwartz. “We can’t build walls between ourselves. We are forced to find a way to live together despite the many obstacles.”

Yigal Allon Center, with a permanent staff of about 20, gets a third of its budget from the government, a third from program fees and a third from tourism. Of course, the latter third has suffered during the pandemic.

Schwartz is not fazed by the difficulty of his mission.

“If it’s simple, it’s not interesting,” he says with a smile.