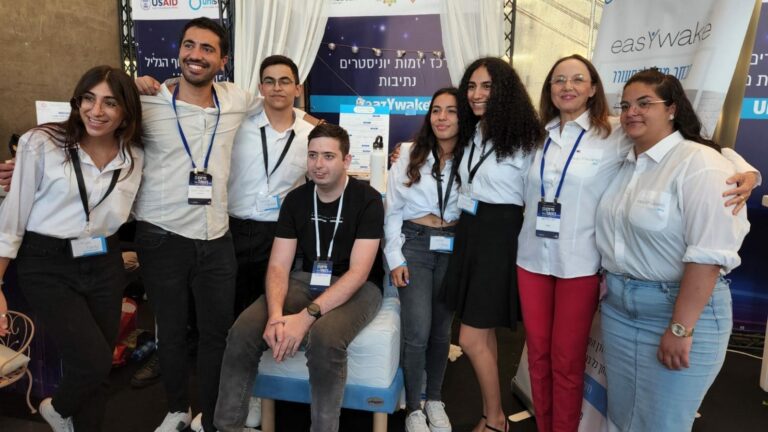 The winning group in Unistream’s 2022 Entrepreneur of the Year competition. Photo courtesy of Unistream

A smart mattress that wakes the sleeper with pleasant sounds and gentle vibration — and interfaces via IoT with other smart home devices such as window shades, lights and heaters – was crowned “Project of the Year 2022” among 110 startups developed by thousands of Jewish, Arab, Druze, secular, religious, at-risk and immigrant Israeli youth in the Unistream program.

Entrepreneur Rony Zarom founded Unistream in 2001 with the intention of giving equal opportunities to teens in Israel’s socioeconomic and geographic periphery. He chose entrepreneurship and innovation education as his tools to enable teens to dream big and gain skills to help them succeed in future careers.

At Unistream’s third annual Entrepreneur of the Year competition on July 20 in Tel Aviv, the 16- and 17-year-olds who won a cash prize for their EasyWake mattress come from Netivot, a development town in the Negev.

“In the future, we will incorporate technologies for an ideal wake-up for everyone,” said Timur Ben-Aroya, a member of winning group. “We are working very hard on the development of our product and recently we even started a business collaboration with the [mattress] company Polyron.” 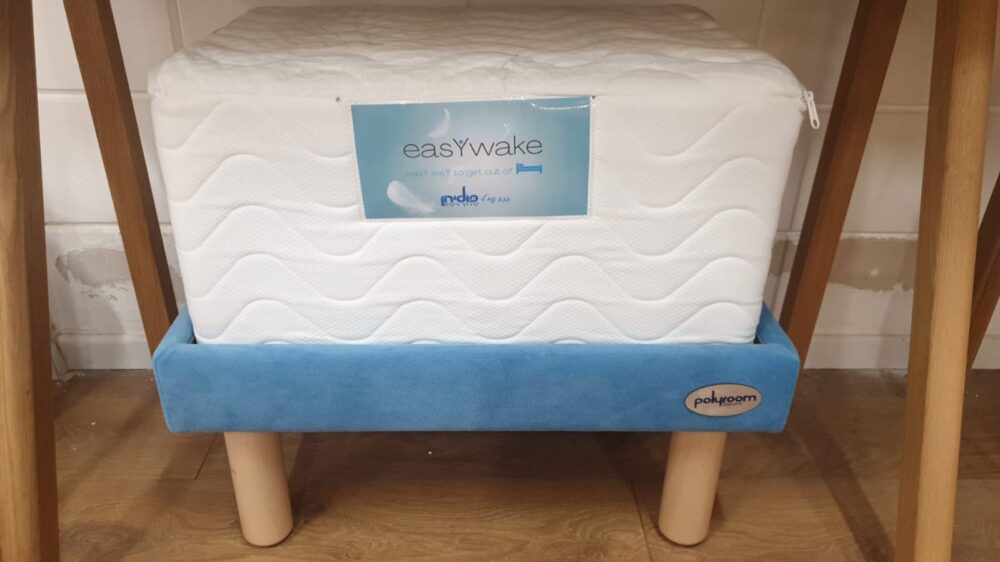 Prototype of the EasyWake smart mattress designed by teens from Netivot. Photo courtesy of Unistream

In second place was a smart closet designed by teenagers from Netanya. A special mechanism would make each shelf conveniently accessible.

In third place was a system for detecting and preventing fires, invented by a group of youth from Kiryat Malachi.

The panel of judges included senior members of the business, government and high-tech communities in Israel. The final winners were selected by a wider group of businesspeople and high-tech professionals from Israel and around the world via a dedicated voting website built for the competition.

Among the live audience members was Minister of Science, Innovation and Technology Orit Farkash HaCohen. 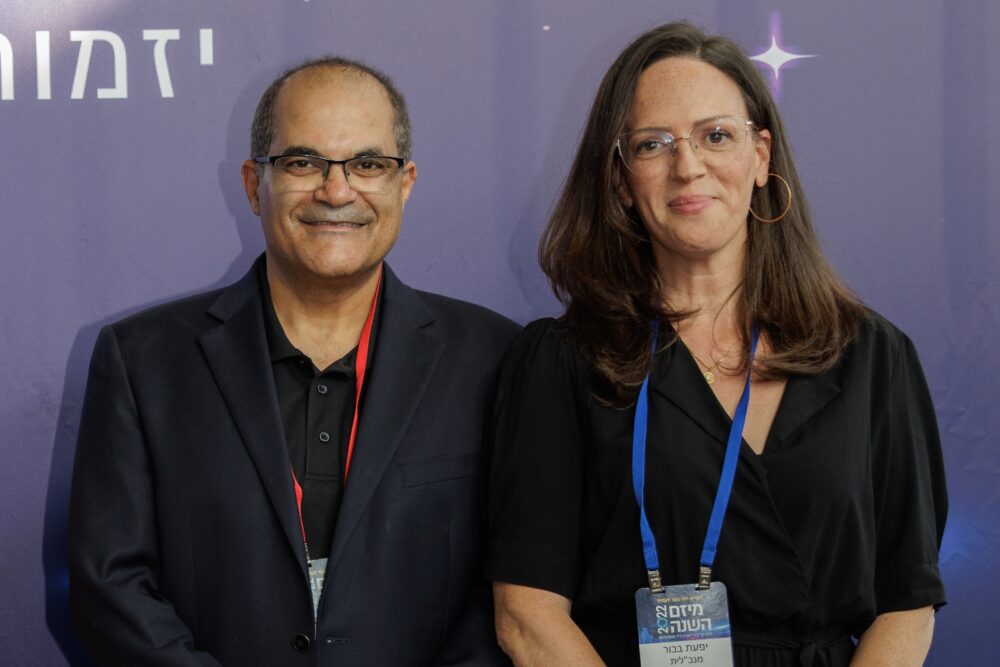 “It is exciting to see the gathering and support of senior state officials in all sectors in the work of Unistream and in leading the country to become an inclusive startup nation,” said Yifat Bechor, CEO of Unistream.

“We have amazing youth in the geographical and social periphery of Israel, who with the right tools from Unistream will be an important part of the core of entrepreneurial and business activity in the country.”

She noted that throughout the year, “Unistream brings industry leaders to the periphery to meet the youth right at their home, and in this year’s venture we bring all the youth to Tel Aviv, to Israel’s business center. It is this combination that leads to the rapprochement and trend of reducing gaps in Israeli society.”

UNCOVER ISRAEL - Get the ISRAEL21c
Weekly Edition free by email
Sign Up Now!
Bring Israel's story to life.
Millions of people around the world rely on us to gain a deeper understanding of Israel. We are the trusted source for original content you won't find anywhere else.
You can make a difference. Donate today to support journalism that brings Israel’s story alive.
SUPPORT ISRAEL21c
Read more on:   News, Business, Social Action, Entrepreneurship, Israeli youth, Innovation