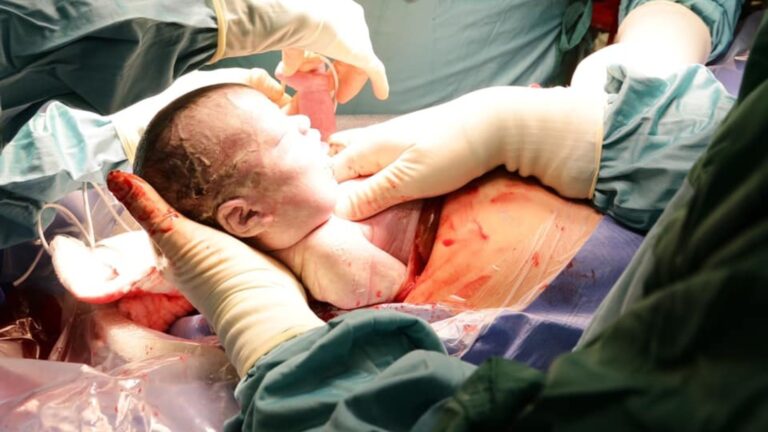 Doctors in Israel saved a newborn’s life yesterday with a rare surgical procedure performed before the boy was fully outside his mother’s body.

The “ex utero intrapartum treatment” (EXIT) procedure during a Caesarean-section delivery at Tel Aviv Sourasky Medical Center was planned when prenatal imaging revealed that the fetus’ airways were blocked by a growth.

They knew the fetus would be fine until his umbilical cord was cut because the placenta provides oxygen. Once the cord is detached after birth, he would not have been able to breathe air into his lungs.

A team of some 30 physicians prepared for the EXIT procedure – previously done in Israel only a few times — using a 3D-printed model of the fetus’ neck.

The multidisciplinary team of doctors and nurses delivered the baby’s head and inserted a tracheal tube that bypassed the growth.

When they pulled the rest of his body from the womb and cut the cord, he was able to breathe through the tube. 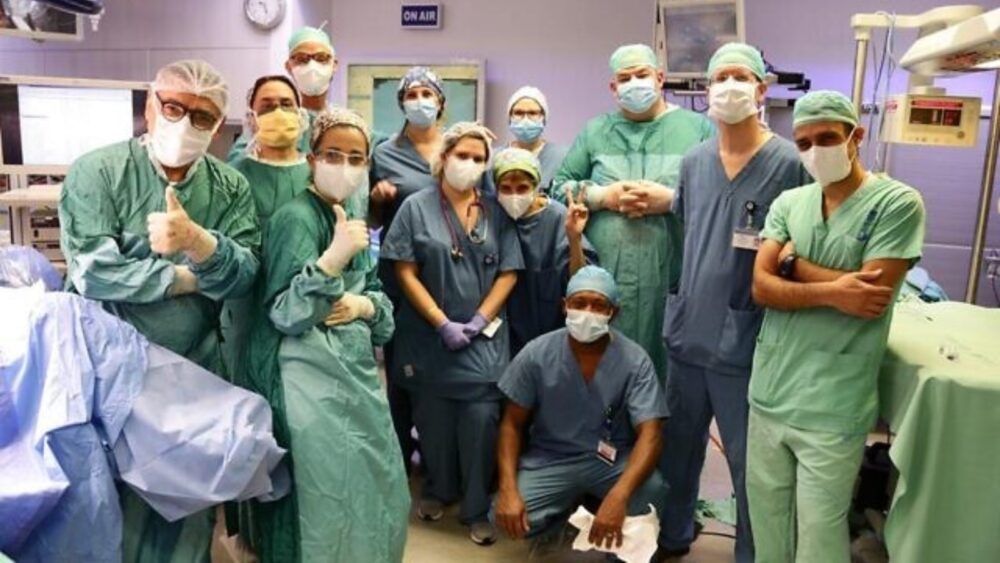 Mother and son are reported to be in good condition. The doctors believe the airway-blocking growth may disappear on its own; otherwise it can be surgically removed.

′′I’ve been an obstetrician for over 25 years and every birth is a new source of excitement, but this was one of the special ones,” said Dr. Ariel Many, director of labor and delivery at the center’s Lis Maternity and Women’s Hospital.

“To be a partner in a procedure where you’re holding the head of the fetus and treating him while he is mostly still in his mother’s womb, and then delivering this new life into the world, is a supreme, uplifting, special and touching feeling that will stay with me and the team for a long time,′′ said Many.