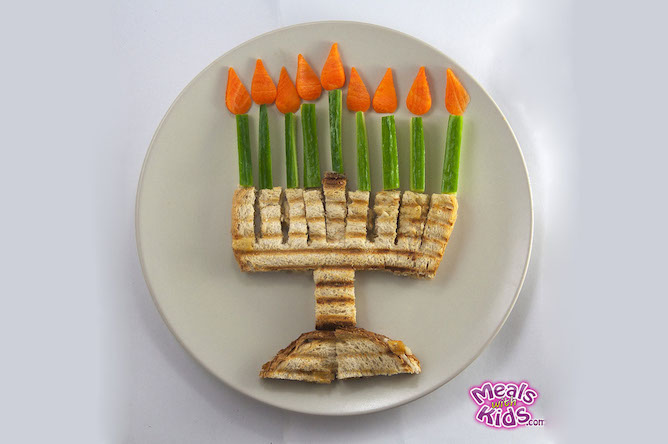 Maor Bar — better known for creating mobile applications for leading brands including RC Cola, Heinz, Osem and Teva – runs a website and Facebook page dedicated to making meal time fun. The 33-year-old father of three says MealsWithKids.com is about “making the meals nutritious and still look attractive for the children.”

And Bar – a graduate of the Bezalel Academy of Arts and Design in Jerusalem – is the right guy to make food visually appealing.

MealsWithKids started as a personal project. “I wanted to make meals more fun for my children. I started to make faces and animals with the food and the kids were so excited about it, so I posted a picture,” he says, noting that his children love his special cucumber sushi. “My friends got excited and wanted to know if my kids really did eat [what was on the plate].” 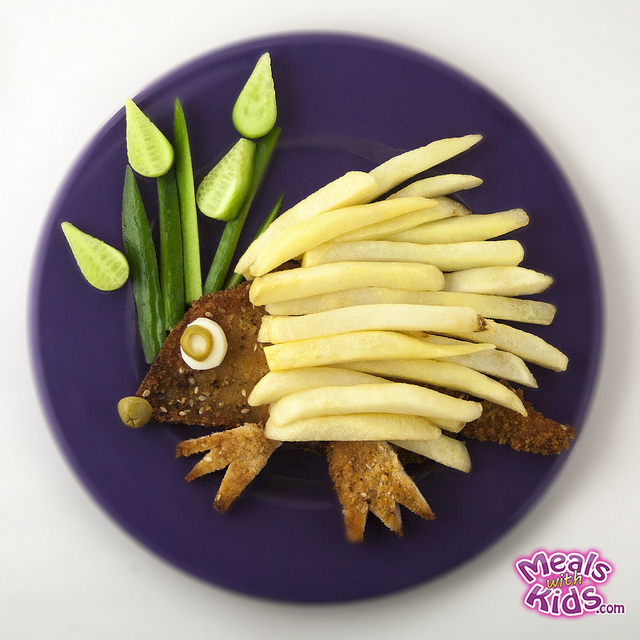 What kid could resist a porcupine with an olive nose?

The effect was immediate. Everyone who saw what Bar was doing wanted more examples.

So, in November 2012, he turned his private kitchen fun into a social-media side project. He has some 500 followers on Facebook and reports that thousands of people click to see his latest creations.

“People write in to say their kids never tried cucumbers before, that they tried a design, and their kids eat them now. It’s really exciting to hear the feedback or get photos from other people,” he says.

Bar’s designs are original, quirky and creative. “Although I have the ability to create very complicated designs, unlike other food designers, I try to keep it as simple as possible so that other parents can reproduce the designs at home,” he says. “I just try to have fun with everything and food should be a part of it. It shouldn’t be a task. Fifteen minutes is more than enough for creating a meal.” 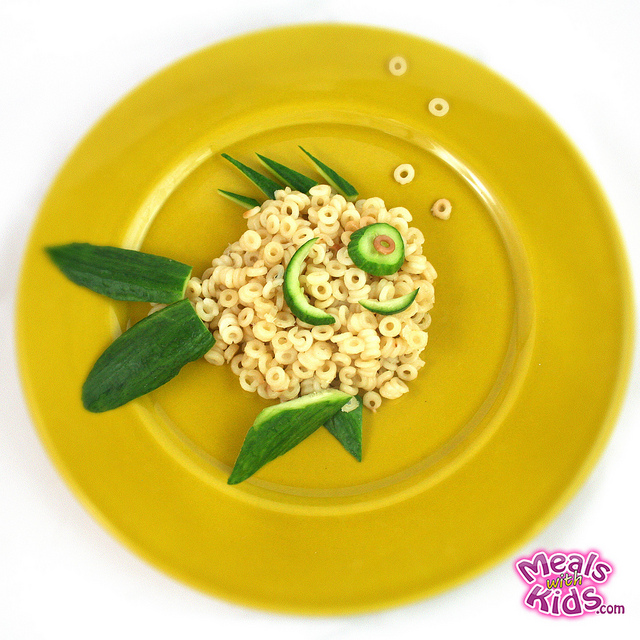 Pasta with cucumbers has never been this much fun.

He also recommends involving children in the process. “It’s Meals With Kids, not Meals For Kids. It’s very important,” he says. “Just have fun and make sure your children enjoy the meals.”

He even has holiday themed ideas. There was a toasted cheese sandwich in the shape of a hanukkiyah with vegetable candlesticks for Hanukkah, and carved vegetables with cheese for Halloween.

The third-degree black belt designer doesn’t include junk food on the menu.

“I try to make everything very healthy. I try to have every meal with carbs, protein and vegetables. My motivation is to make the meals nutritious and still look attractive for the children,” he says. 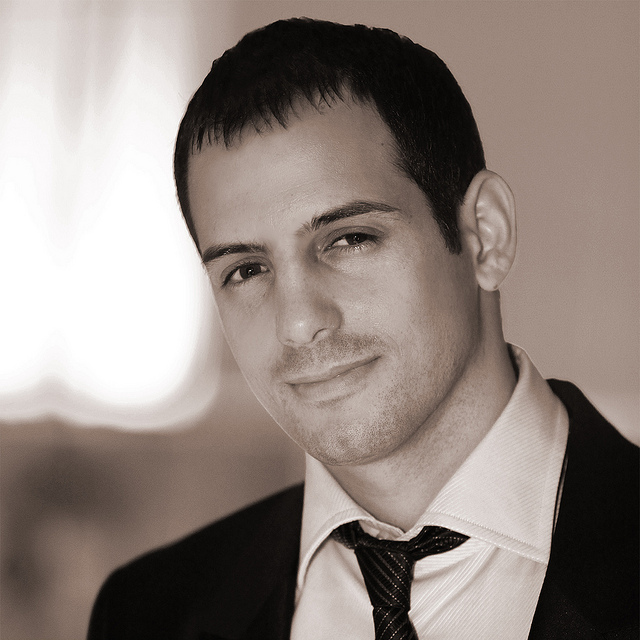 Maor Bar, the design dad behind Meals With Kids.

His goal is to get more parents playing with their children’s food. He offers the design; parents can choose what foods to use. “The design is there but foodstuffs can be changed. The concept is being open to new things,” Bar says. “Do try this at home.”

Become a GEM member
Read more on:   Kids meals, Things to do with kids, Food and Drink, Spotlight in Israel