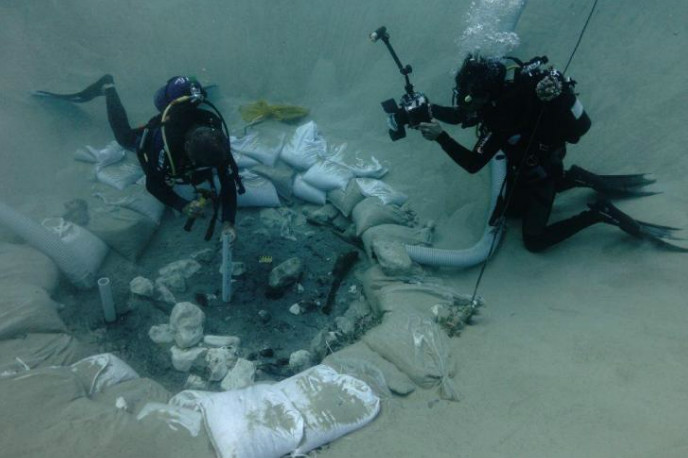 A water well that may be the oldest wooden structure ever found, and the oldest evidence of an ancient olive-oil industry, are among the preserved remains of a prehistoric village discovered underwater by Israeli researchers off the coast of Dado Zamir Beach in Haifa.

These and other fascinating clues into New Stone Age (Neolithic) culture from about 7,700 years ago were uncovered beneath 100 cubic meters of sand.

“The State of Israel is a pioneer in the study of prehistoric underwater villages flooded by the sea, and is at the cutting edge of research in this area in terms of conservation status and quality of results,” said University of Haifa and Israel Antiquities Authority archaeologist Ehud Galili, who headed a team of academics, students and volunteers along with marine researcher Deborah Cvikel from the University of Haifa and underwater archeologist Jonathan Benjamin of Flinders University, Australia.

Marine scientists have been exploring six Neolithic villages that thrived on the Mediterranean coast between Haifa and Atlit before becoming submerged as the sea level rose, possibly as a result of massive melting of icecaps and glaciers. 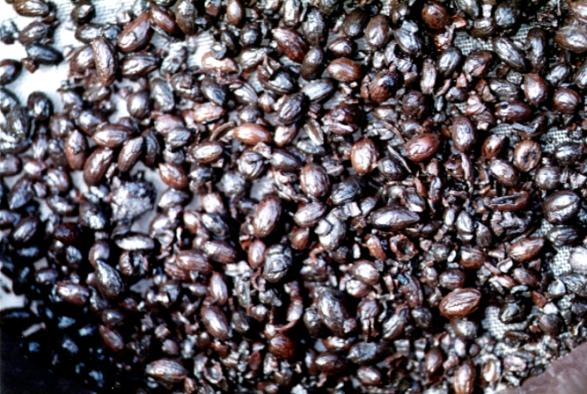 “After every storm, we go out to locate newly exposed areas to document and save as much as we can,” says Galili.

The wood-and-stone well and the crushed olives, strainers and pulp from the press were examined over the course of 68 dives in October 2014 at Kfar Samir, at a depth of up to seven meters (23 feet) below sea level and about 200 meters (656 feet) from one of Israel’s most popular beaches.

“We previously found three or four 9,000-year-old stone wells, and excavated two of them, at Atlit Yam,” Galili tells ISRAEL21c. “In Kfar Samir, the wells are about 1,000 years younger, and these wells — including the one we excavated in October — have a wooden-branch construction. As far as I know, this is the oldest known wooden construction in the world.”

The presence of wells proves that prehistoric coastal civilizations were aware of the underground water table and understood it provided them the opportunity to make permanent settlements, Galili said.

However, as the seawater rose so did the salinity of the freshwater in the wells, until the inhabitants could no longer drink the water. They then repurposed the wells as garbage pits, which provide today’s archeologists with a treasure of artifacts.

“This is superb for archaeologists because it means we can look through the refuse of prehistoric societies – including animal bones, plant fibers and tools – to see how these ancient civilizations lived, how they hunted and what they ate,” said Benjamin.

Thousands of olive pits, stone presses and catch basins were also an exciting find. Galili explained that olive oil and fish were central to the cuisine of Neolithic villagers — as they still are in the modern Mediterranean diet – along with cultivated crops. 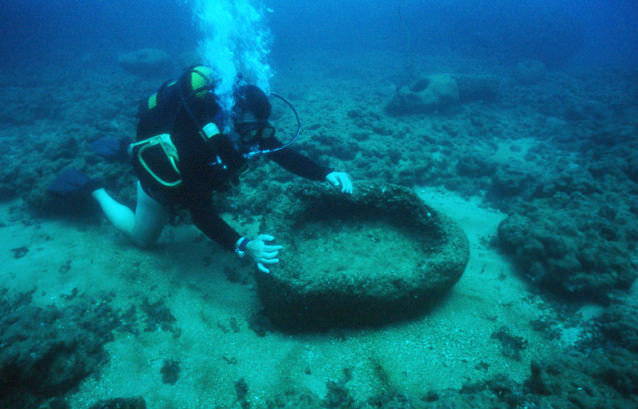 This healthful way of eating may be the reason many of the people appear to have lived to the relatively advanced age of 50, despite evidence of diseases such as malaria and tuberculosis in the human bones that archeologists have unearthed from the six sunken villages.

Sediment and core samples taken from the well are expected to yield more information about the climate and vegetation along the ancient coastline, with implications for our own future, said Galili.

Excavating, documenting and researching the people, animals, plants, industry and economy of these settlements could help researchers understand how they coped with the catastrophic climate change that eventually overtook them.

“This is an ongoing, multiyear activity,” says Galili. “Although the basic tools for dredging and surveying haven’t changed, today we have digital GPS and advanced photography to help us deal with the material.”

A grant from the Honor Frost Foundation allowed the Israelis to bring in services from Scotland-based Wessex Archeology including 3D underwater cameras to image the finds as never before.

“You have here a live example of how populations had to leave their houses and their villages because of global warming and sea level rise. This is what we’re actually facing today,” Galili told The Times of Israel.

“It’s not just the excavation of one well and discovering some olives and some trees and some flint artifacts,” he said, “but you have to look at it on the wider aspect, about what’s happening in the world, and especially in our place in Israel.”