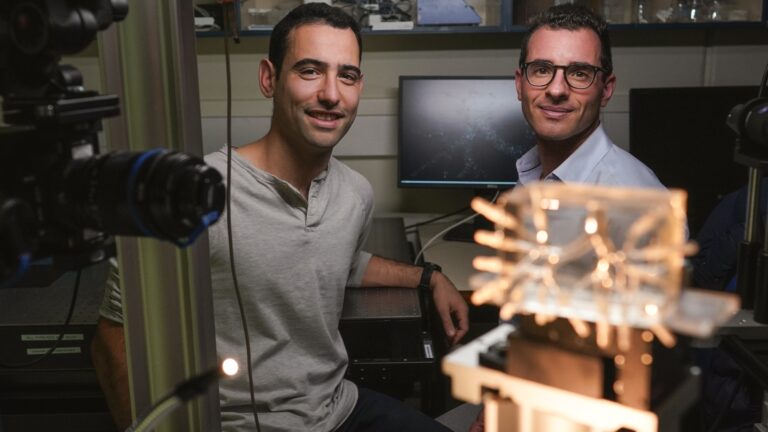 More than 10% of babies worldwide are born prematurely. Many of them need a respirator to pump air into their underdeveloped lungs. Although the treatment can be lifesaving, it can also damage the babies’ lung tissue.

Researchers at Israel’s Technion-Israel Institute of Technology discovered another source of damage from ventilators previously unknown: an air jet at the exit of the tube inserted into the mouth of the baby.

“Until now, it was known that the tube could cause abrasive injury to the delicate tissue, but the effects of the airflow were overlooked,” said doctoral student Eliram Nof.

“In the present study, we discovered for the first time that due to its location inside the baby’s trachea, this jet exerts strong shear forces on the epithelial tissue – the layer of cells that covers the upper airways. These forces can cause damage, including inflammation, which poses a real risk to the premature infant.”

Nof and his collaborators – Prof. Josué Sznitman of the Technion’s Biofluids Lab and Dr. Dan Waisman, director of the Newborn Unit at Carmel Medical Center – made their discovery thanks to their unique silicone model of the upper respiratory tract of a premature baby.

They hope this model can be used for further experiments to better understand how to reduce injury to infants on respirators.

Described in their article in the Journal of The Royal Society Interface, the Israelis’ respiratory tract simulator was built after prolonged research and mathematical modeling of respiratory airflows.