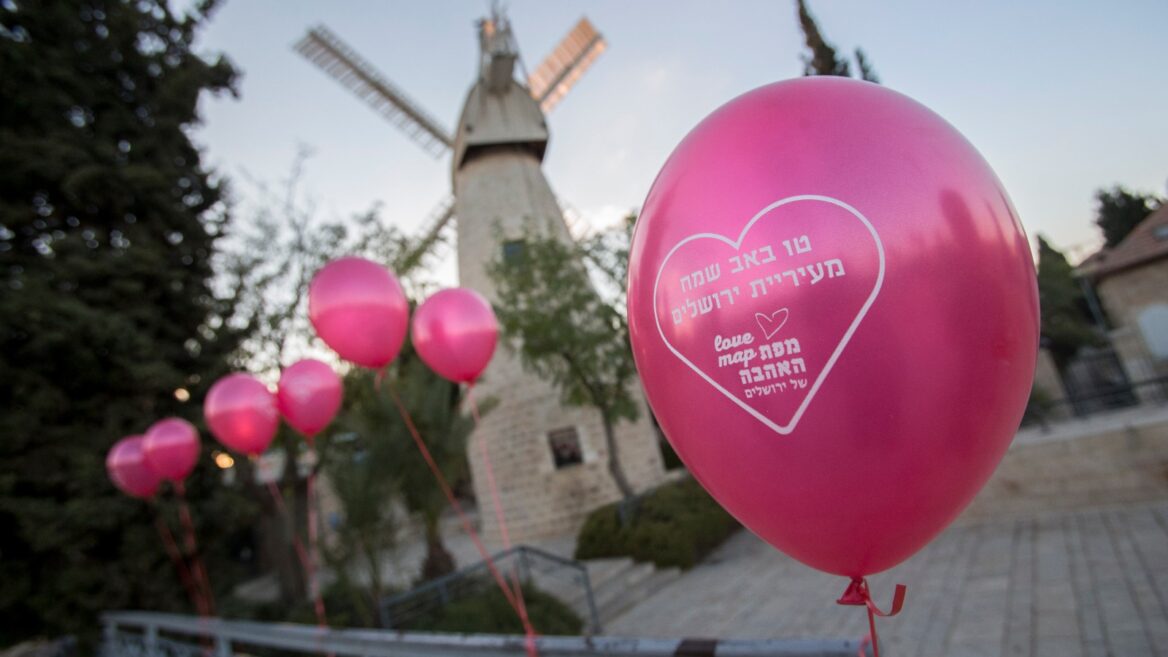 Balloons inscribed “Happy Tu B'Av from the Jerusalem Municipality” blow in the breeze near the Montefiore Windmill. Photo by Yonatan Sindel/Flash90

Landmarks are often terribly boring slabs of stone, gray-looking buildings or lonely monuments harking back to some faraway historical event or once-important person. But sometimes, their grim facades hide love stories you could never have imagined.

In honor of Tu B’Av (the Jewish equivalent of Valentine’s Day, celebrated this year on August 5) we teamed up with tour guide Esti Herskowitz to learn more about some of Israel’s surprisingly romantic landmarks, complete with aristocratic marriages, unrequited love and even a scandal or two. 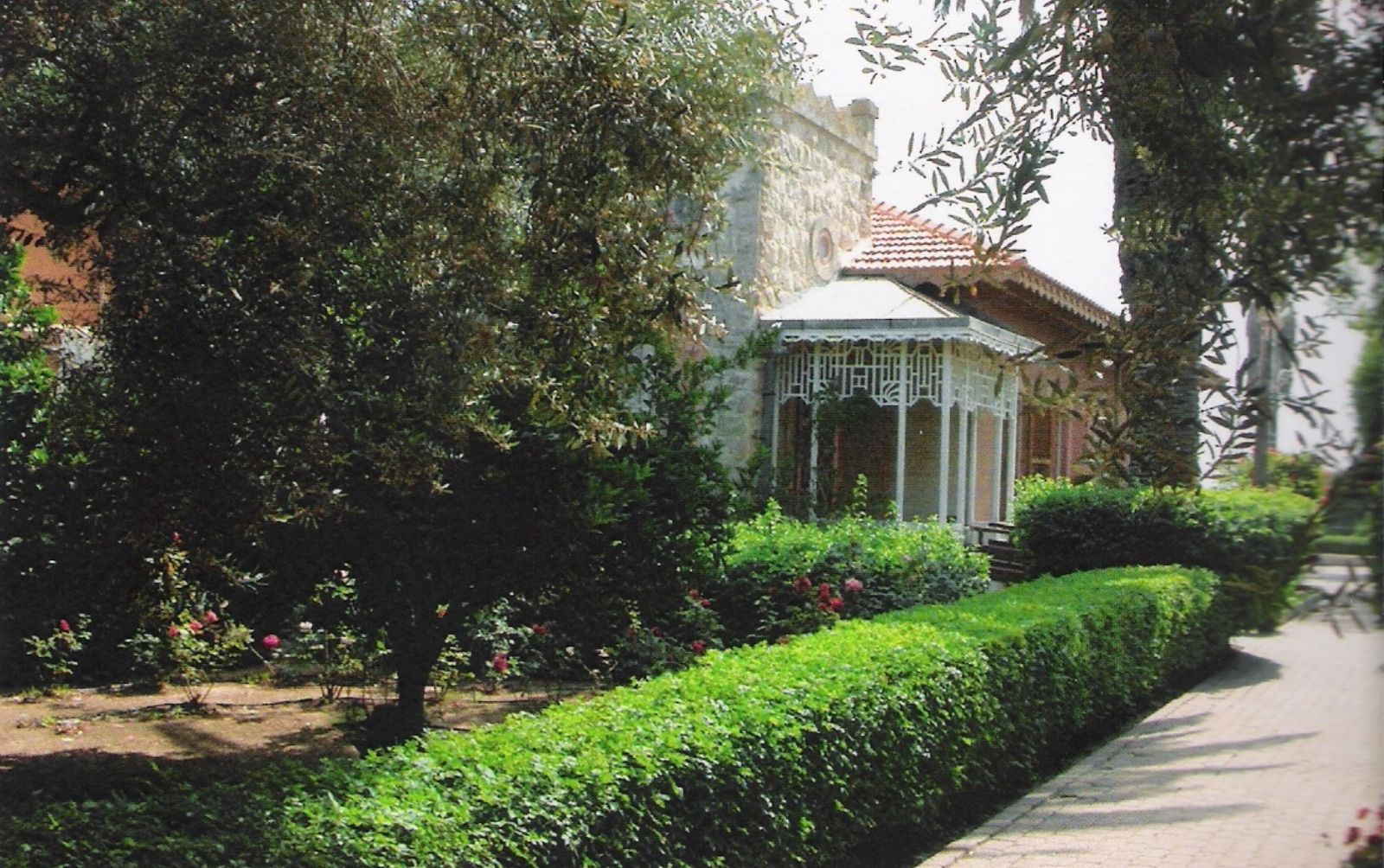 Nowadays a museum, Aaronsohn House in Zichron Yaakov was once upon a time a simple family home – that is, if you count running the famous “Nili” spy ring against the Ottoman rule in Palestine a simple family endeavor.

Aside from trying to help the British take over the Holy Land during World War I, the six Aaronsohn siblings were also carrying out their private lives. 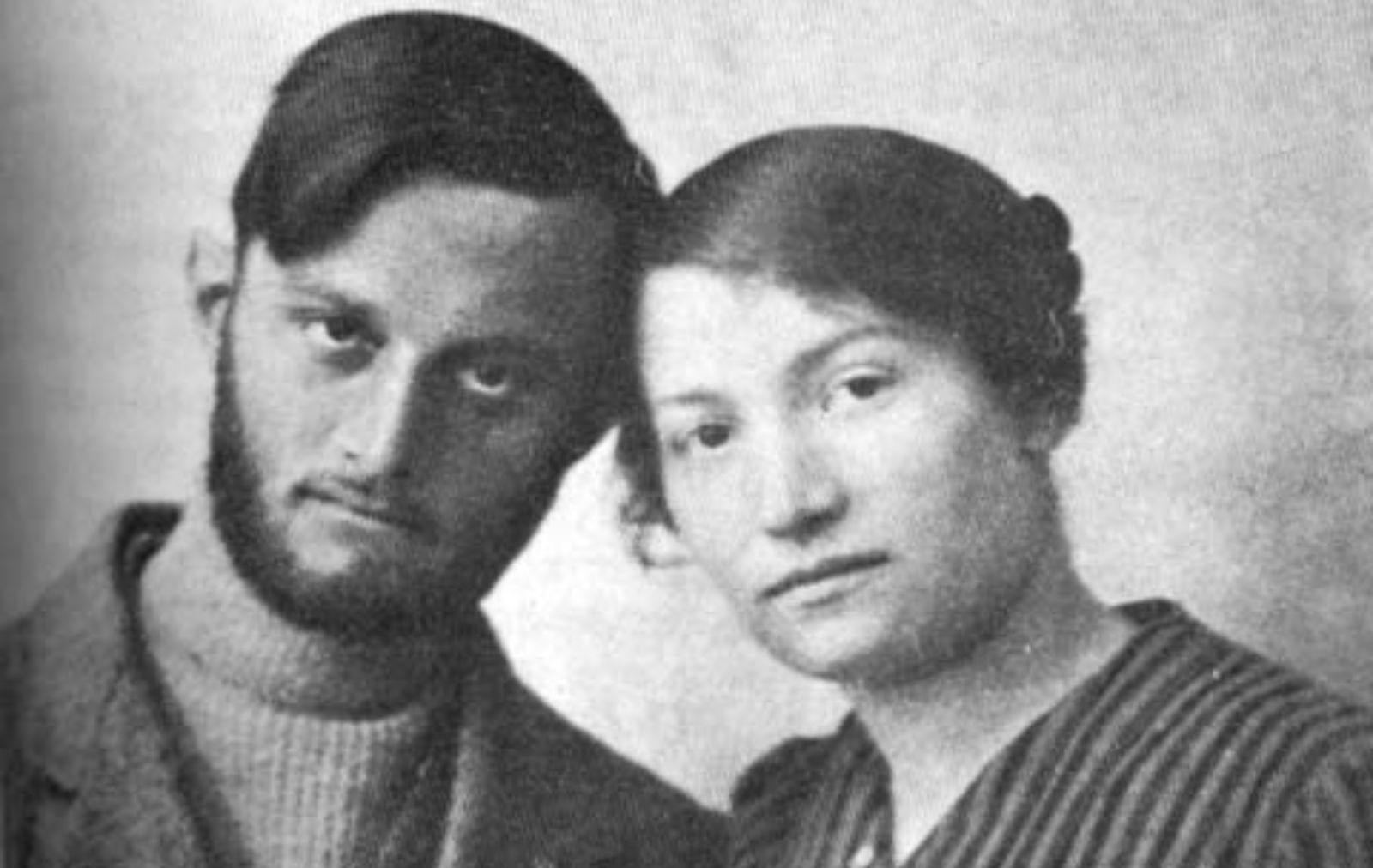 The most famous story is the one involving sisters Sarah and Rivka’s love for Avshalom Feinberg, a fellow Nili spy. While Rivka and Avshalom were reportedly engaged before he was killed in the Sinai Desert in 1917, he was also close friends with Sarah and may have had a love affair with her. In fact, a frond from the palm tree marking the site of his murder was replanted near Sarah’s grave.

This possible love triangle also gave birth to one of the most beautiful love songs in the Hebrew language, called “A Thousand Kisses for You, My Love,” based on a letter written by Avshalom to an unknown recipient. 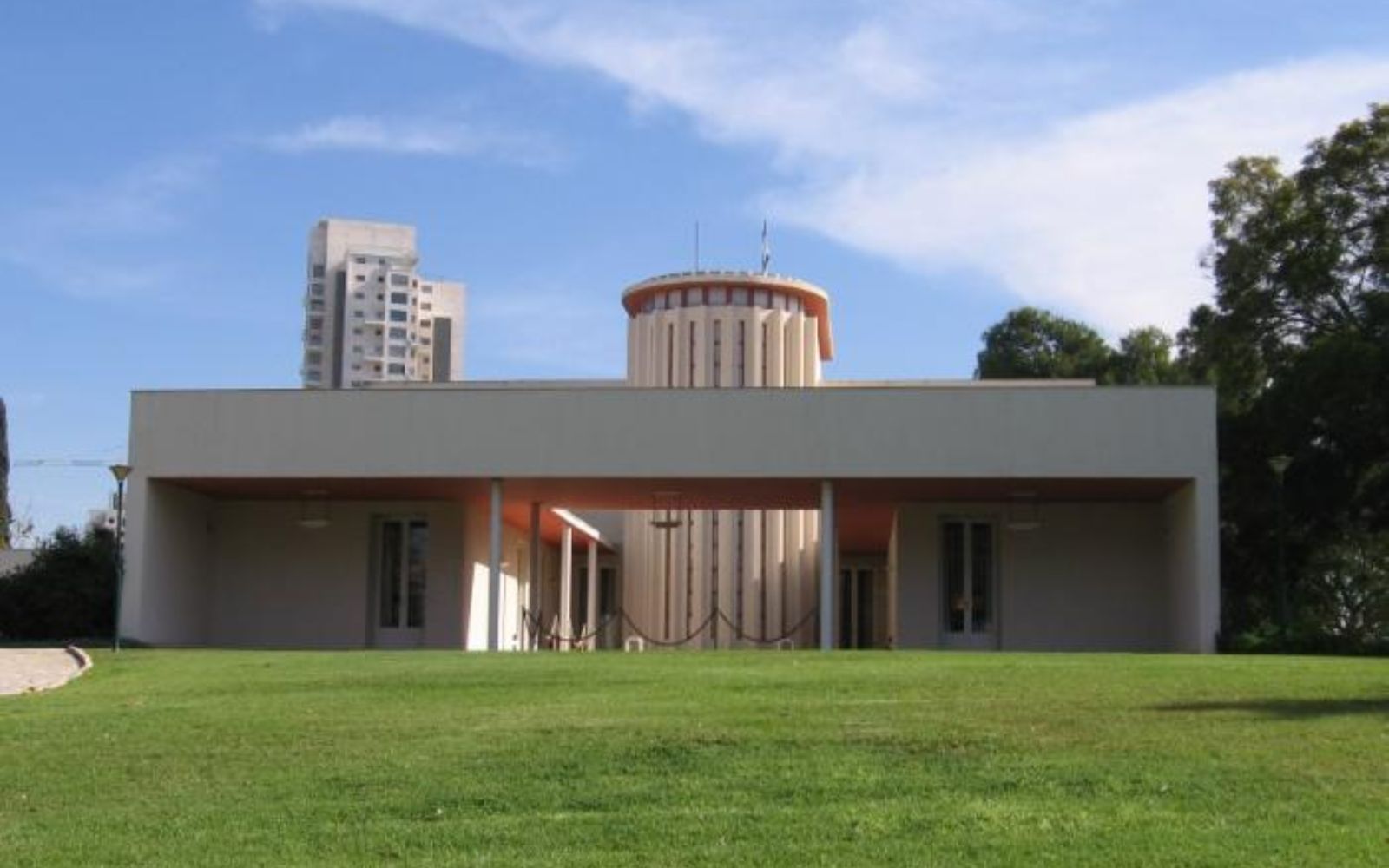 The international-style Weizmann House in Rehovot. Photo by Ilana Shkolnik via Wikimedia Commons

Weizmann House in the Weizmann Institute of Science is named, not surprisingly, after Dr. Chaim Weizmann, a world-renowned chemist, Zionist leader and Israel’s first president, which he shared with his beloved wife, Dr. Vera Weizmann. 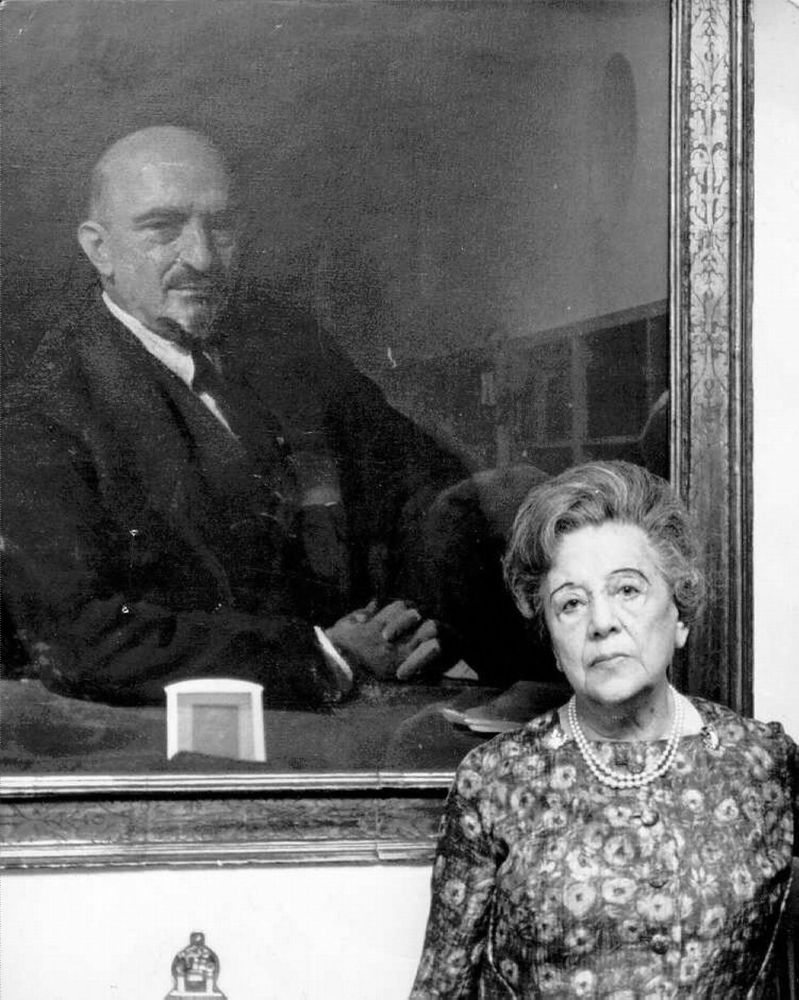 Vera Weizmann posing next to a picture of her husband, Chaim Weizmann, in her Rehovot home. Photo courtesy of Wikimedia Commons

But it might not have been Vera who ended up living in the presidential residence, for Chaim was previously engaged to fellow Belarus native and scientist Sophia Getzowa. The two had a four-year romance before Chaim turned his gaze to Vera. He broke off the engagement and was so embarrassed by his behavior that it took him over two years to tell his family of his decision.

Getzowa moved to Palestine and carried on with her scientific work, but never married. Chaim, meanwhile, married medical doctor Vera and went on to become a leading Zionist figure and ultimately the first president.

Their residence, designed by Erich Mendelsohn in the International (Bauhaus) style, served as their joint home until Chaim’s death in 1952 and then Vera’s in 1966. It was then turned into a museum and is now open to the public. 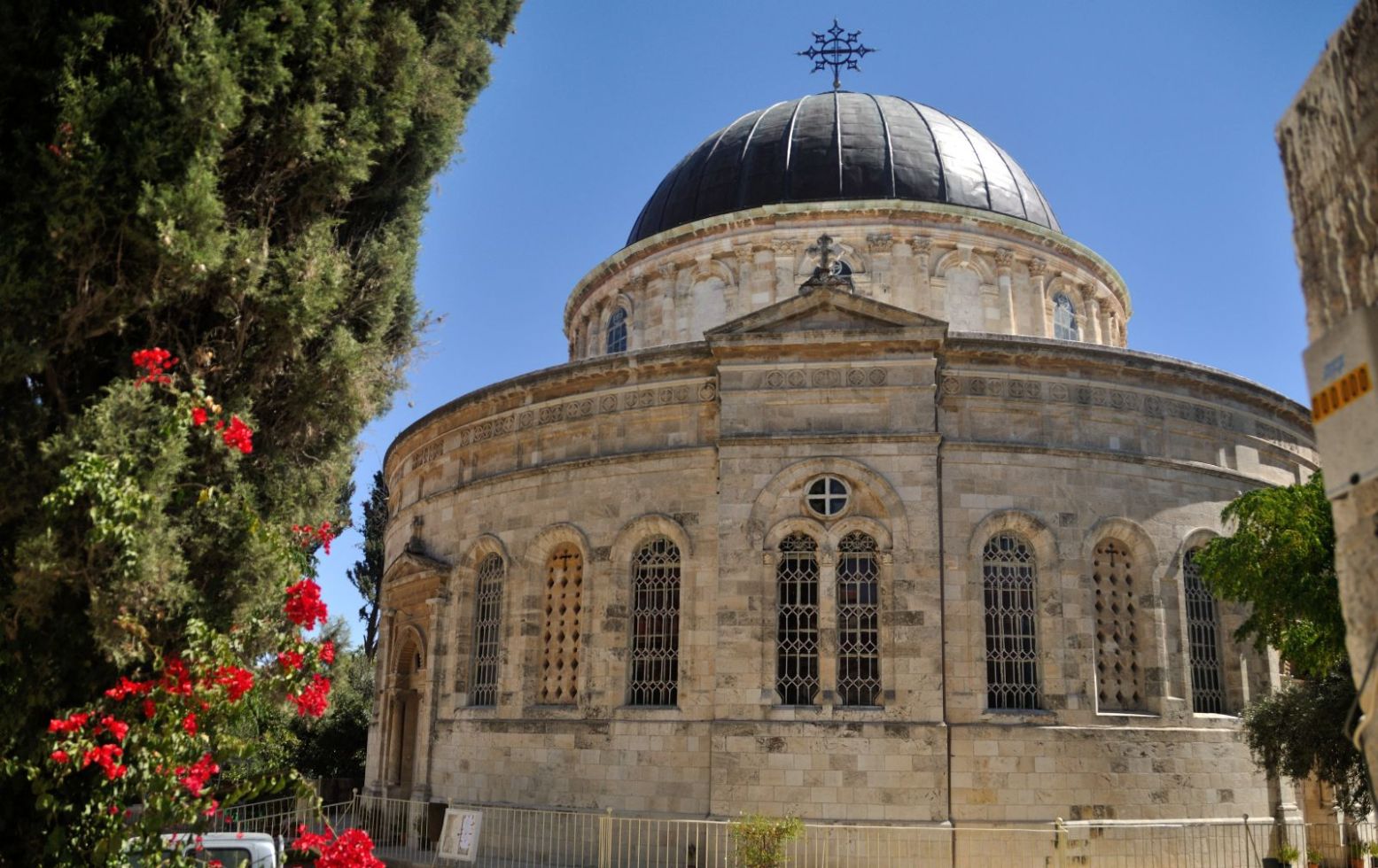 Kidane Mehret, or the Covenant of Mercy, is the Ethiopian Orthodox Church located on Ethiopia Street in the capital. Inaugurated in 1893, it marks the strong ties between Ethiopian Jews and the Land of Israel, the beginning of which started off with a fabulous story.

According to the Kebra Nagast (The Glory of Kings), the Ethiopian national epic history – the Queen of Sheba came to Jerusalem to visit the biblical King Solomon, with whom she was enamored and who tricked her into sleeping with him. The result of this union was Menelik I, head of the Solomonic dynasty that ruled Ethiopia all the way down to Emperor Haile Selassie, who was deposed in 1974. 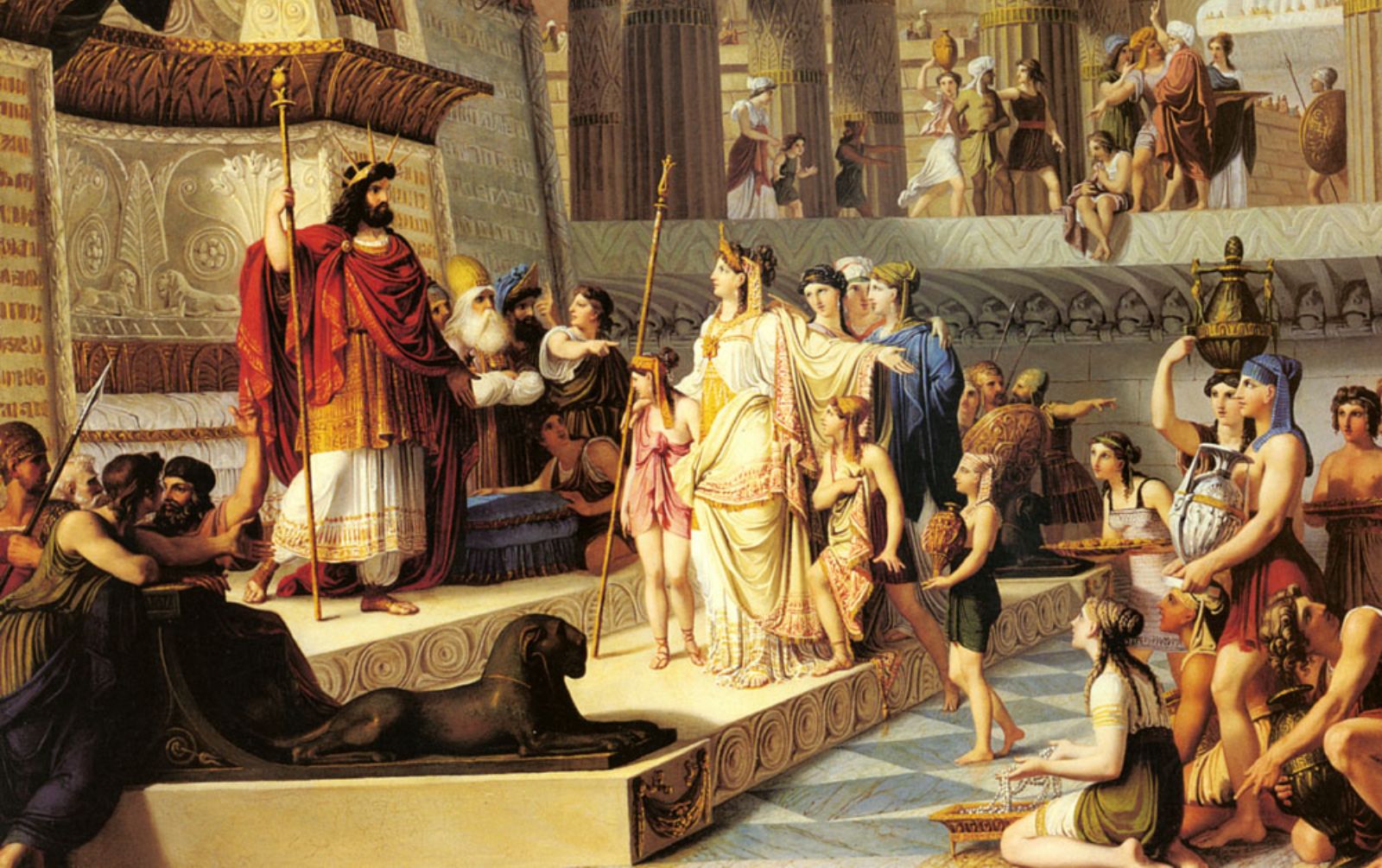 King Solomon And the Queen of Sheba in a painting by Giovanni De Min. Photo courtesy of Wikimedia Commons

Throughout the years, the Ethiopian Orthodox Church maintained its ties to the Holy Land and Jerusalem in particular, with the 19th century church perhaps being the most vivid and impressive monument of this ancient love story. 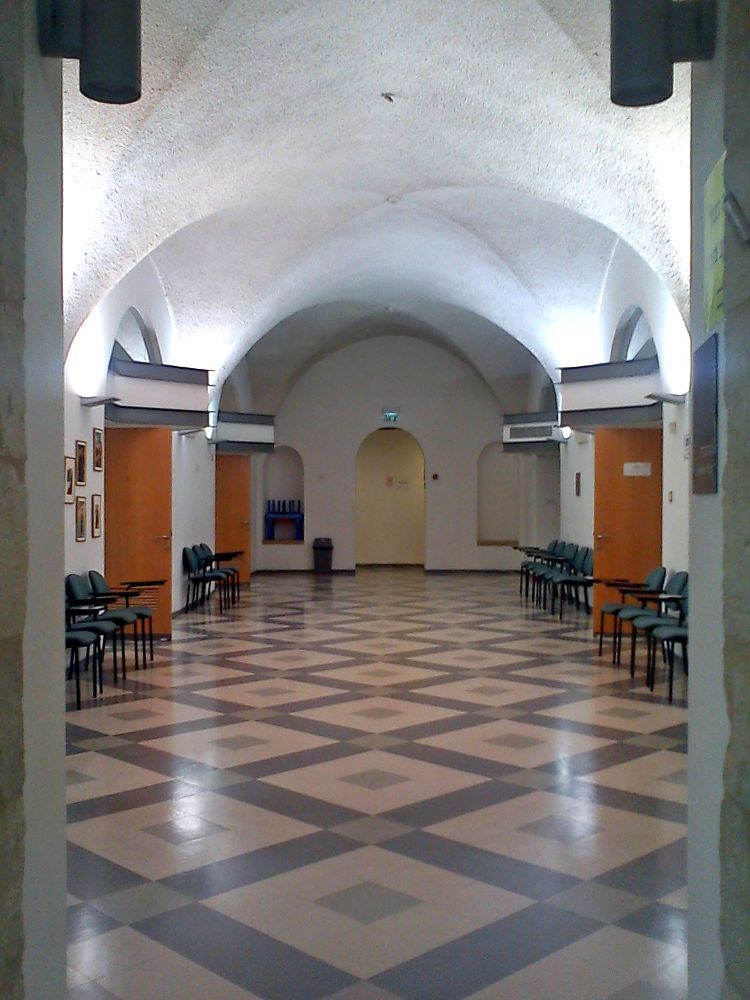 The House of Arches that’s now part of Hadassah College in Jerusalem. Photo by Tamar Hayardeni courtesy of Wikipedia

Opposite the Ethiopian Church is No. 10 Ethiopia Street, which was the family home of Eliezer Ben-Yehuda, the man who revived the Hebrew language. 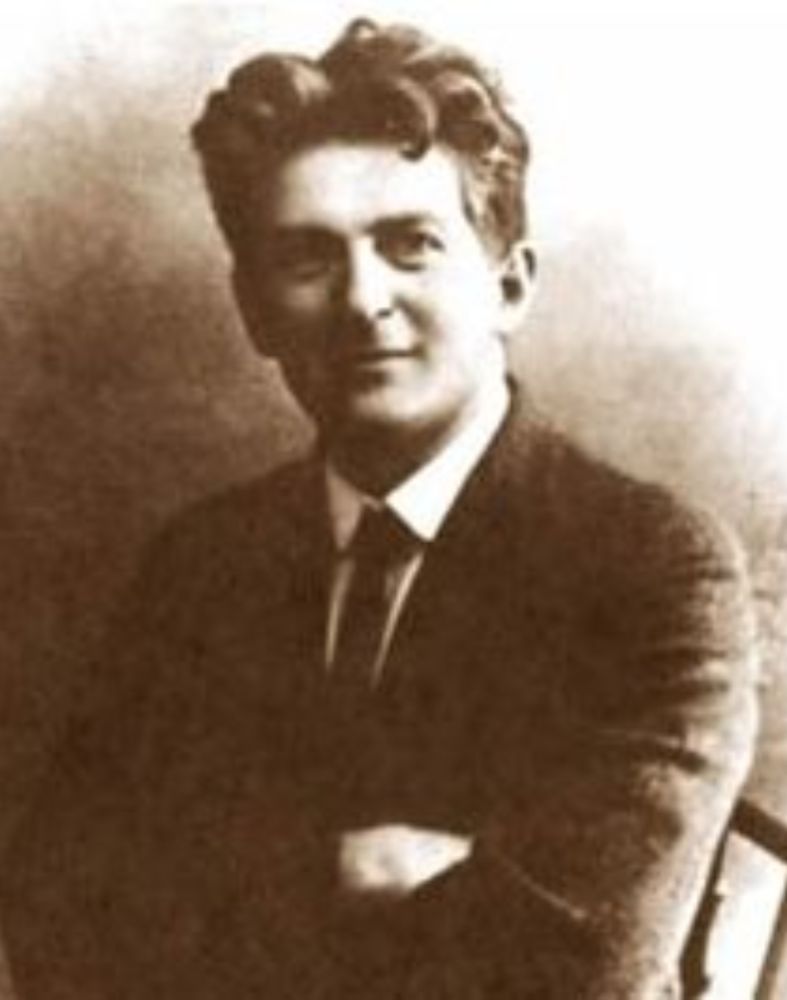 His son, Itamar Ben-Avi, was at the heart of one of the most famous romances in pre-state Israel. He fiercely loved the girl across the street, Leah Abushedid, who lived in the “House of Arches” that’s now part of Hadassah College.

Unfortunately for the Ashkenazi, poor and controversial Itamar, Leah was the daughter of a wealthy, connected and Sephardi family that was scandalized by the prospect of such a match.

Not one to give up, Itamar published endless poems about his love for Leah in a national newspaper, horrifying her family. 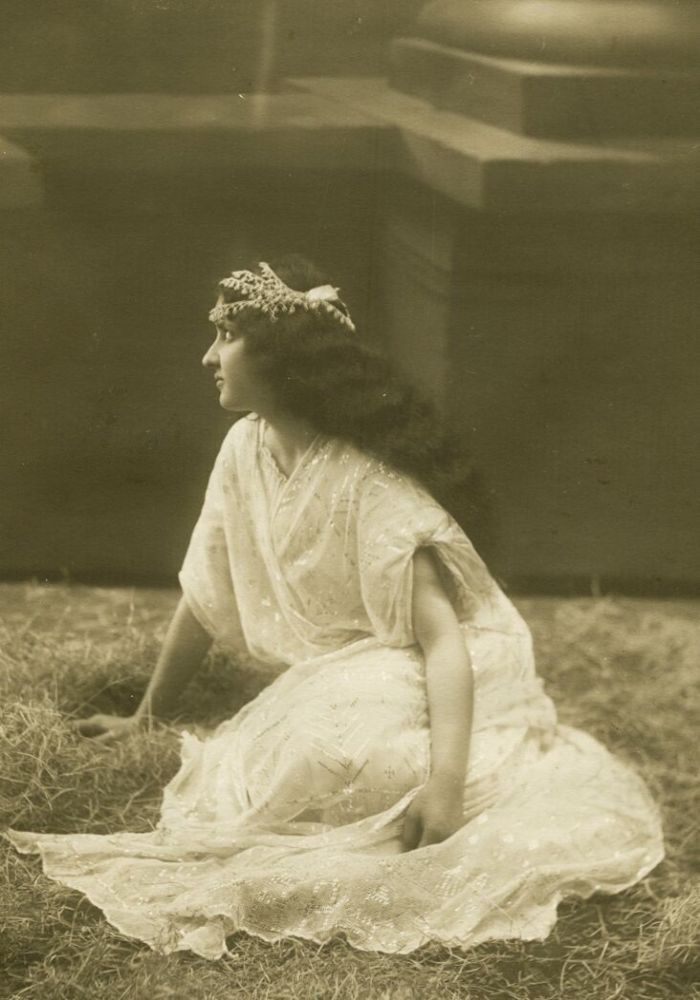 One such poem carried the hint of suicide, getting everyone to agree to the match, and in 1914, Itamar married one of the most sought-after girls in the city.

The couple later immigrated to the United States due to their difficult financial situation (one of the conditions of the marriage was that Itamar won’t have access to the family fortune), but apparently remained very much in love. They died decades apart but were buried at each other’s side on the Mount of Olives. 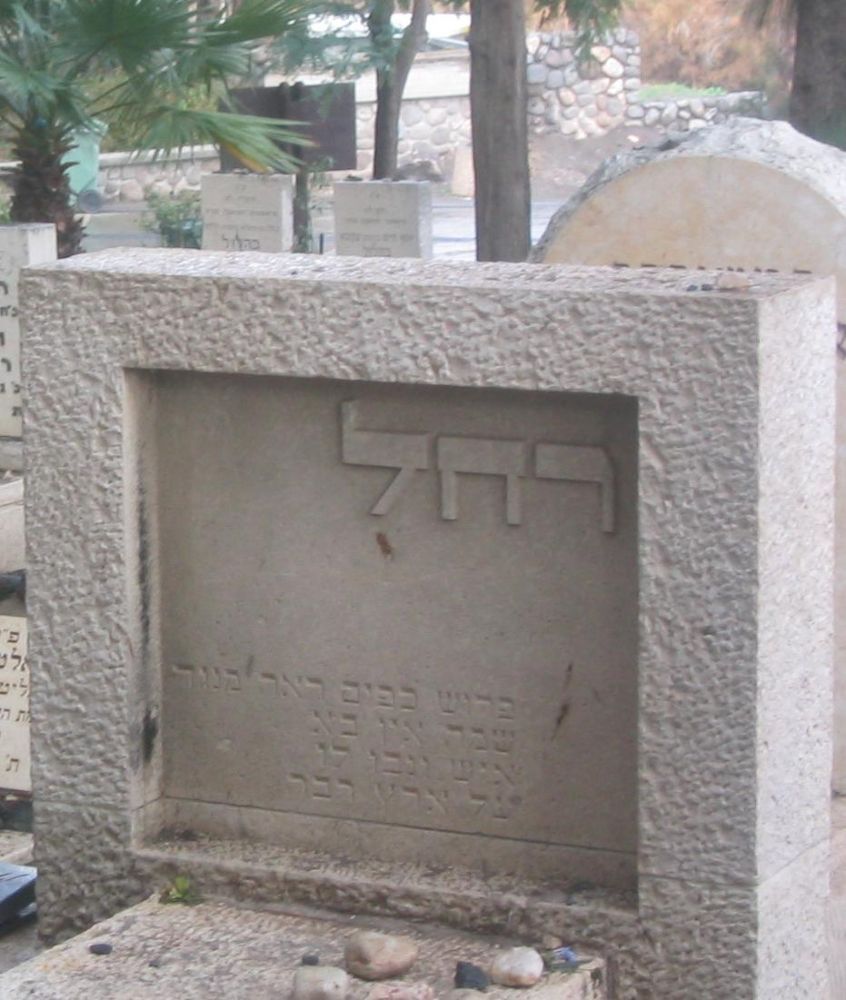 The tombstone of poet Rachel Bluwstein in the Kinneret Cemetery. Photo courtesy of Valley2city/English Wikipedia

The tomb of poet Rachel Bluwstein in the Kinneret Cemetery is the resting place of one of Israel’s most distinguished – and love-torn — poets. 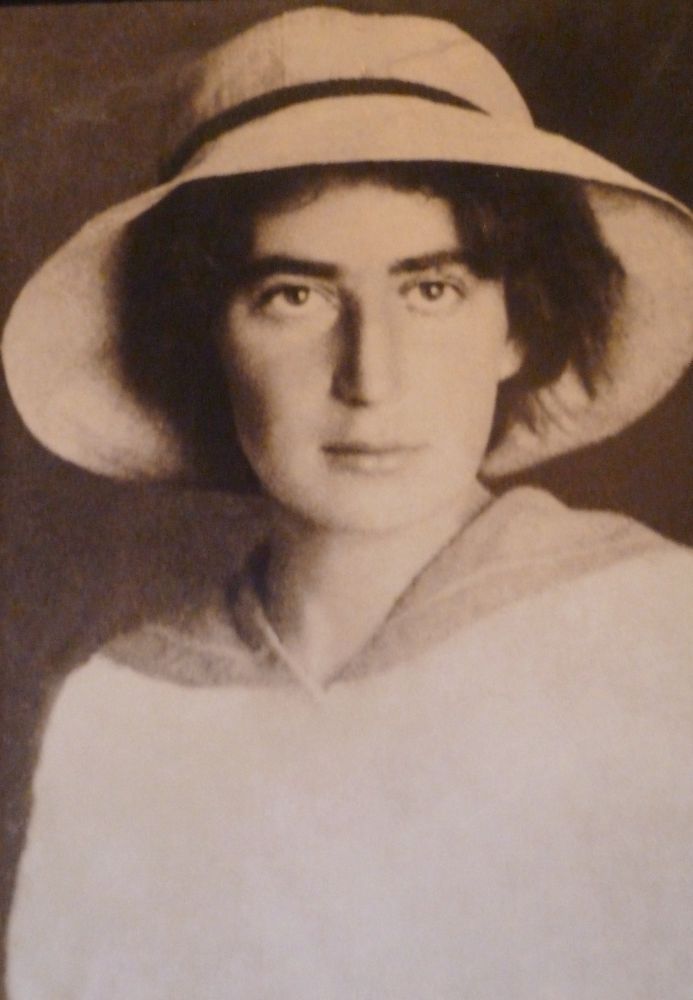 Bluwstein was born in Imperial Russia in 1890, and in 1909 went to work on an agricultural farm near Lake Kinneret (Sea of Galilee).

There she met Zalman Shazar, the future third president of Israel, and had a romantic relationship with him.

Unfortunately, the relationship didn’t last. She moved to Europe, where she met another lover, Michael Bernstein, who inspired her to write what became another iconic Israeli love song, “A Sad Song.”

Later on, she returned to the Kinneret area to Kibbutz Degania, but upon falling ill with tuberculosis she was cruelly banished and wandered between Safed, Jerusalem and Tel Aviv.

Bluwstein died alone in 1931, without any of the people whom she loved throughout her life. She was laid to rest in Kinneret Cemetery, near the place she loved most, and her tombstone has since drawn lovers and crowds alike. 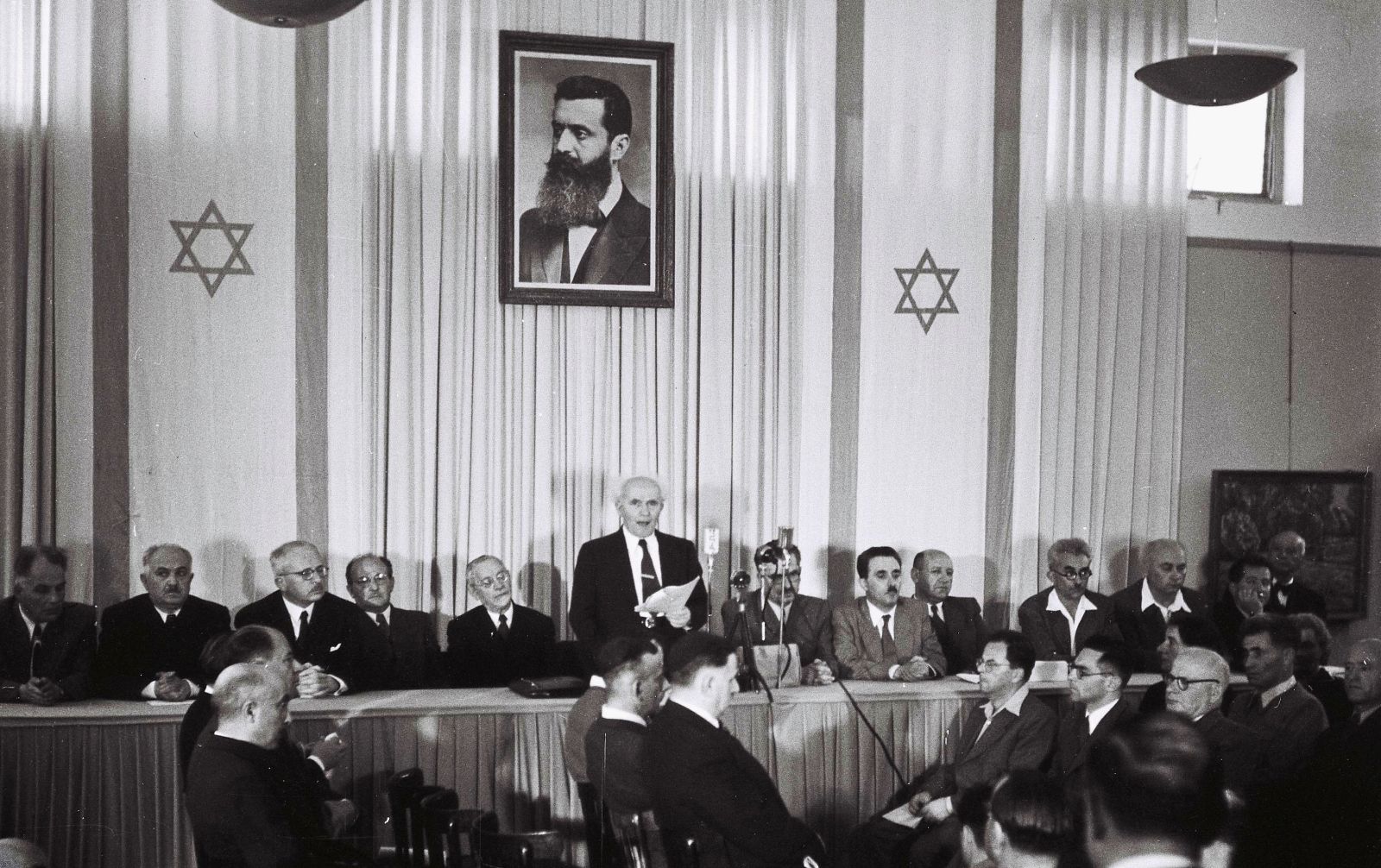 David Ben-Gurion announces the establishment of the State of Israel in Meir and Zina Dizengoff’s old home. Photo by Rudi Weissenstein via Wikimedia Commons

Before it became the site of the announcement of the independent State of Israel in 1948, 16 Rothschild Boulevard was the home of Meir and Zina Dizengoff, the city’s first mayor and his beloved wife. Established in 1910, their home was one of the first to be built in the new neighborhood of Achuzat Bayit, the forerunner of Tel Aviv. 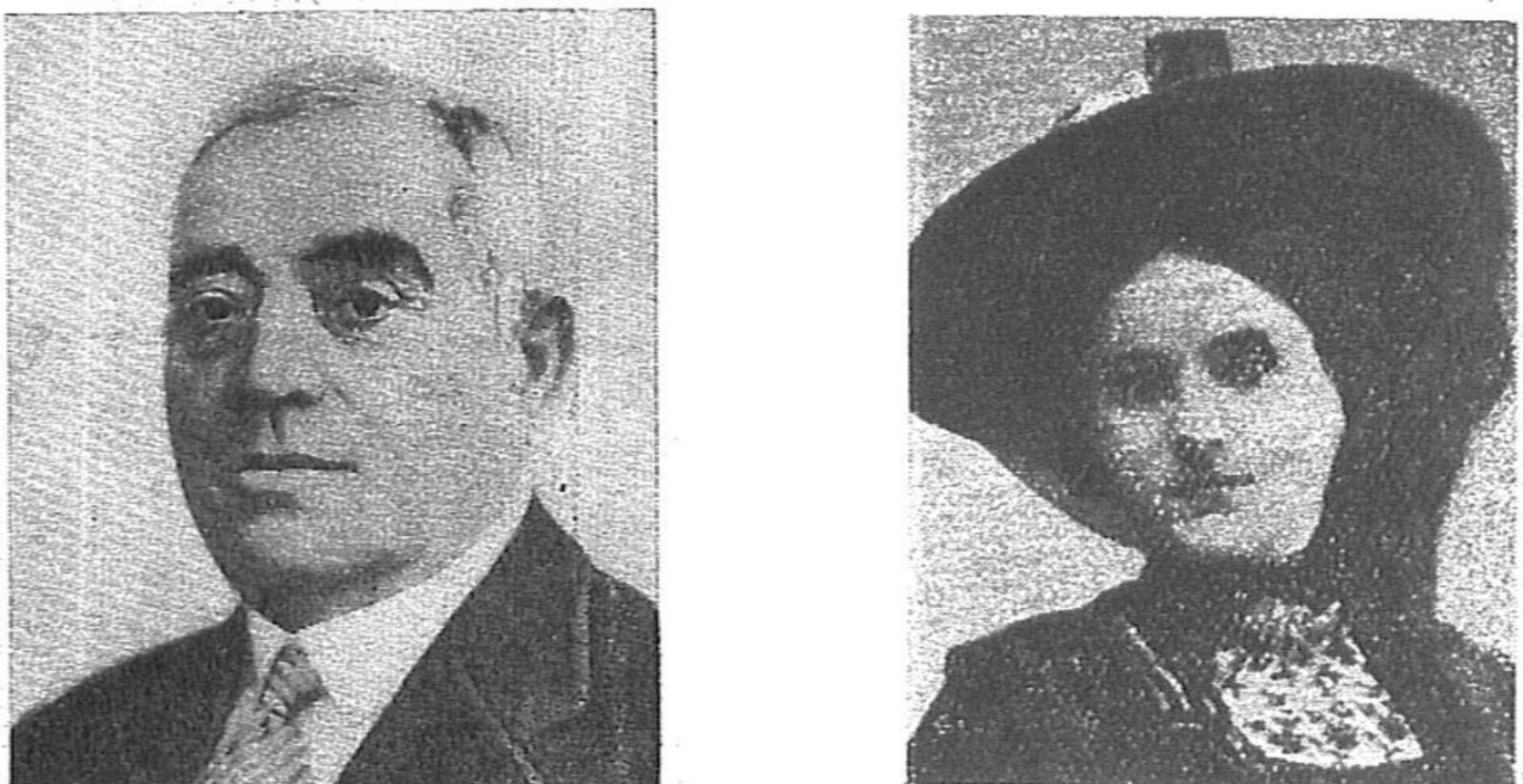 As one of the leading couples of the new city, the Dizengoffs hosted politicians, dignitaries and artists. When Zina Dizengoff died in 1930, Meir felt he could no longer stay in the big house without the love of his life. He therefore dedicated the building to art, turning it into the city’s first art museum.

Meanwhile, he moved into the home’s third floor, where he lived alone until his death in 1936. The couple had no children and Meir decided to bequeath the building to “the children of Tel Aviv and the residents of the city.” Little did he know that a few years later this beloved home would become a national landmark. 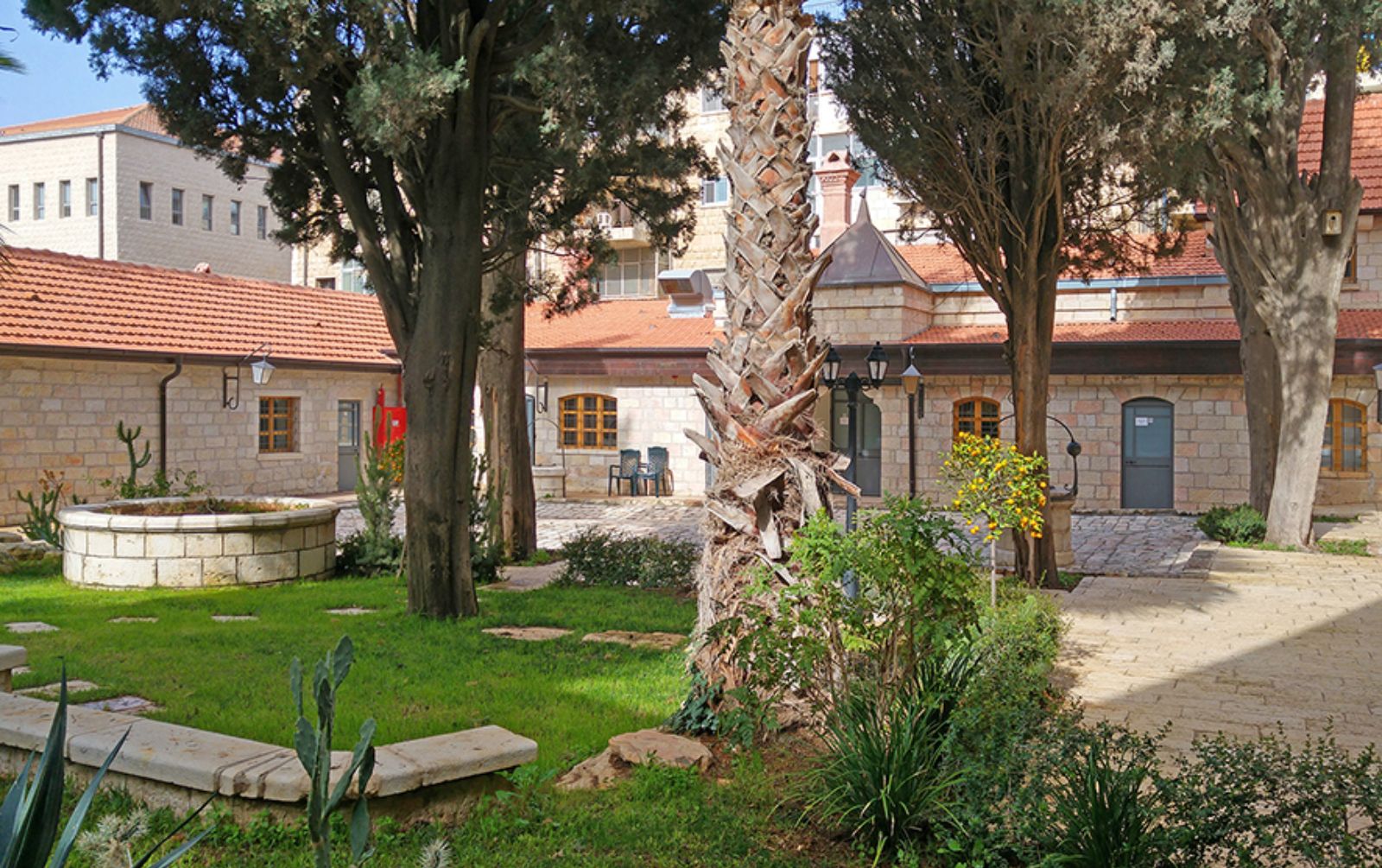 The beautiful gardens of Sergei Court are the work of a highly aristocratic couple: Imperial Russia’s Grand Duke Sergei Alexandrovich and his wife, Grand Duchess Elizabeth Feodorovna — the uncle of the last Russian Emperor Nicholas II and the granddaughter of Britain’s Queen Victoria, respectively. 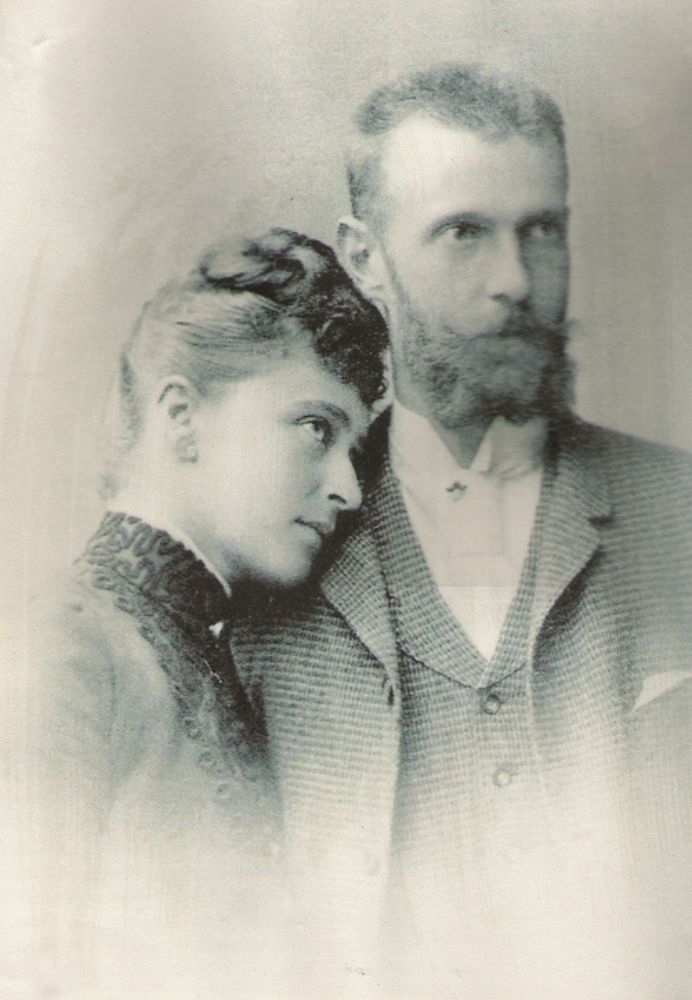 The couple traveled from Russia to Jerusalem in 1881 and founded a society to help ultra-Orthodox pilgrims arriving in the Holy Land. As part of this endeavor, they established a lavish hostel within the Russian Compound in the city.

After World War I, the hostel housed the British Mandate’s government offices. Upon the creation of the State of Israel it became home to the Agriculture Ministry and the Society for the Protection of Nature in Israel. In recent years, it returned to Russian ownership and was transformed into a high-end hotel, not before the UK’s Prince Philip (you know, the one married to the Queen) was considered to be the heir to the place.