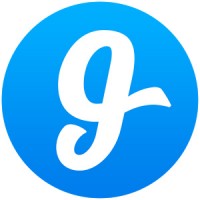 A 12-second video clip created by a Ferguson, Missouri resident as a private message to a friend is believed to have captured Police Officer Darren Wilson allegedly shooting to death Michael Brown on August 9. Using the Israeli-made Glide video messaging smartphone application, the man started to record his message when gunfire erupted in the background.

When a user taps record, the video message is simultaneously broadcast live to recipients and stored to the cloud for on-demand viewing at any time.

“Because Glide is the only messaging application using streaming video technology, each message is simultaneously recorded and transmitted, so the exact time can be verified to the second. In this case, the video in question was created at 12:02:14 PM CDT on Saturday, August 9th,” Chaim Haas, Head of Communications at Glide, tells ISRAEL21c.

The short video now making news shows six or seven shots being heard in a first volley of fire, a three-second pause, and then four more shots being fired.

Lawyer Lopa Blumenthal says the recording was made by her client, who has asked to remain anonymous. Blumenthal told the St. Louis Post-Dispatch that she had to coax her client to take the recording — which could potentially be critical evidence — to the FBI citing he fears for his safety.

“We commend this Glide user for turning their Glide video message over to FBI investigators as possible evidence in this ongoing investigation,” Glide posted on a blog.

“I’m 100 percent positive this is accurate,” Blumenthal is quoted as saying. “He is not doing this for the publicity. He has no motivation to lie.”

Glide creators also understand the power of new technology. “While tragedy is never good news, and our hearts go out to the family of Michael Brown, this incident underscores how technology is changing the landscape of not only journalism, but also criminology,” the company writes in a statement.

UNCOVER ISRAEL - Get the ISRAEL21c
Weekly Edition free by email
Sign Up Now!
Bring Israel's story to life.
Millions of people around the world rely on us to gain a deeper understanding of Israel. We are the trusted source for original content you won't find anywhere else.
You can make a difference. Donate today to support journalism that brings Israel’s story alive.
SUPPORT ISRAEL21c
Read more on:   News, smartphone app, Glide