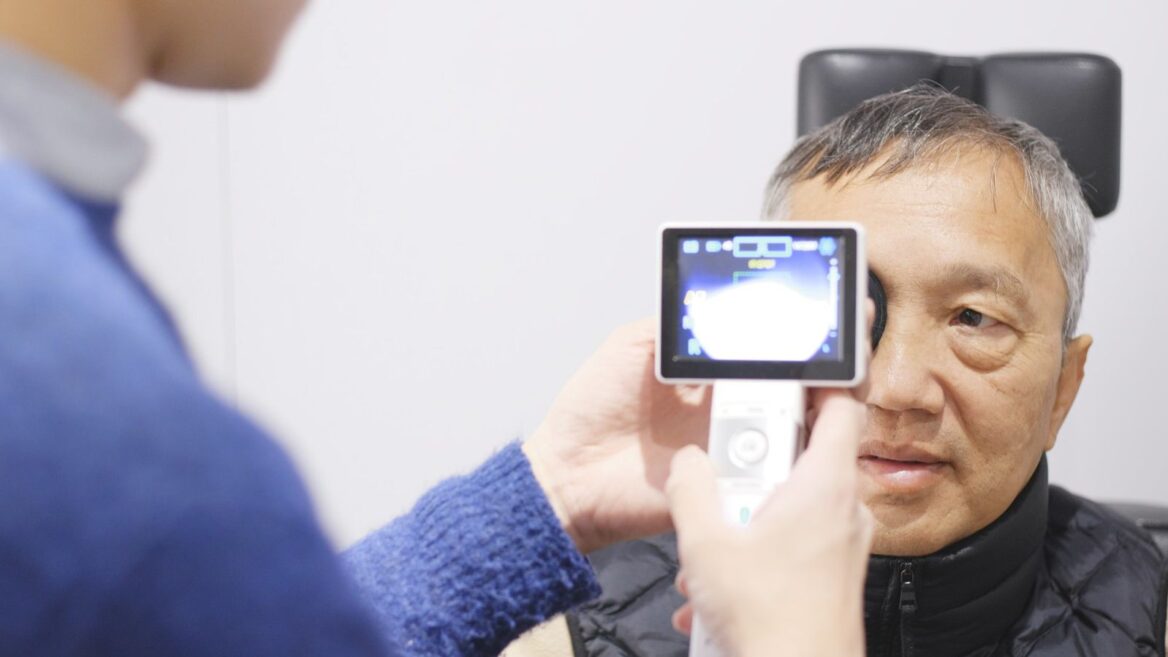 AEYE Health is developing an eye-screening system that can be used by a family doctor. Photo: courtesy

Over a billion people around the world are at high risk for retinal eye diseases such as glaucoma and diabetic retinopathy. And yet more than 75 percent of these people do not receive regular screenings.

The reasons vary but, in general, visiting an ophthalmologist can be expensive (depending on insurance coverage), impractical (requiring time off from work) and inconvenient (it can sometimes take months to get an appointment).

But what if the ability to do an eye scan moved from a specialist to your family doctor or local hospital clinic?

The problem is significant. Over 80% of people with diabetes will develop retinopathy within 15 years. Glaucoma, which can be prevented if diagnosed early, is the leading cause of avoidable blindness over the age of 60. The risk of getting age-related macular degeneration (AMD), which can also be vision-threatening, is 30% after the age of 75.

The company’s software can process and deliver the results of a scan of the fundus (the lower part of the eyeball opposite the pupil) in just a couple of minutes from any type of camera – including, eventually, the cameras on standard smartphone – and from any type of medical office. 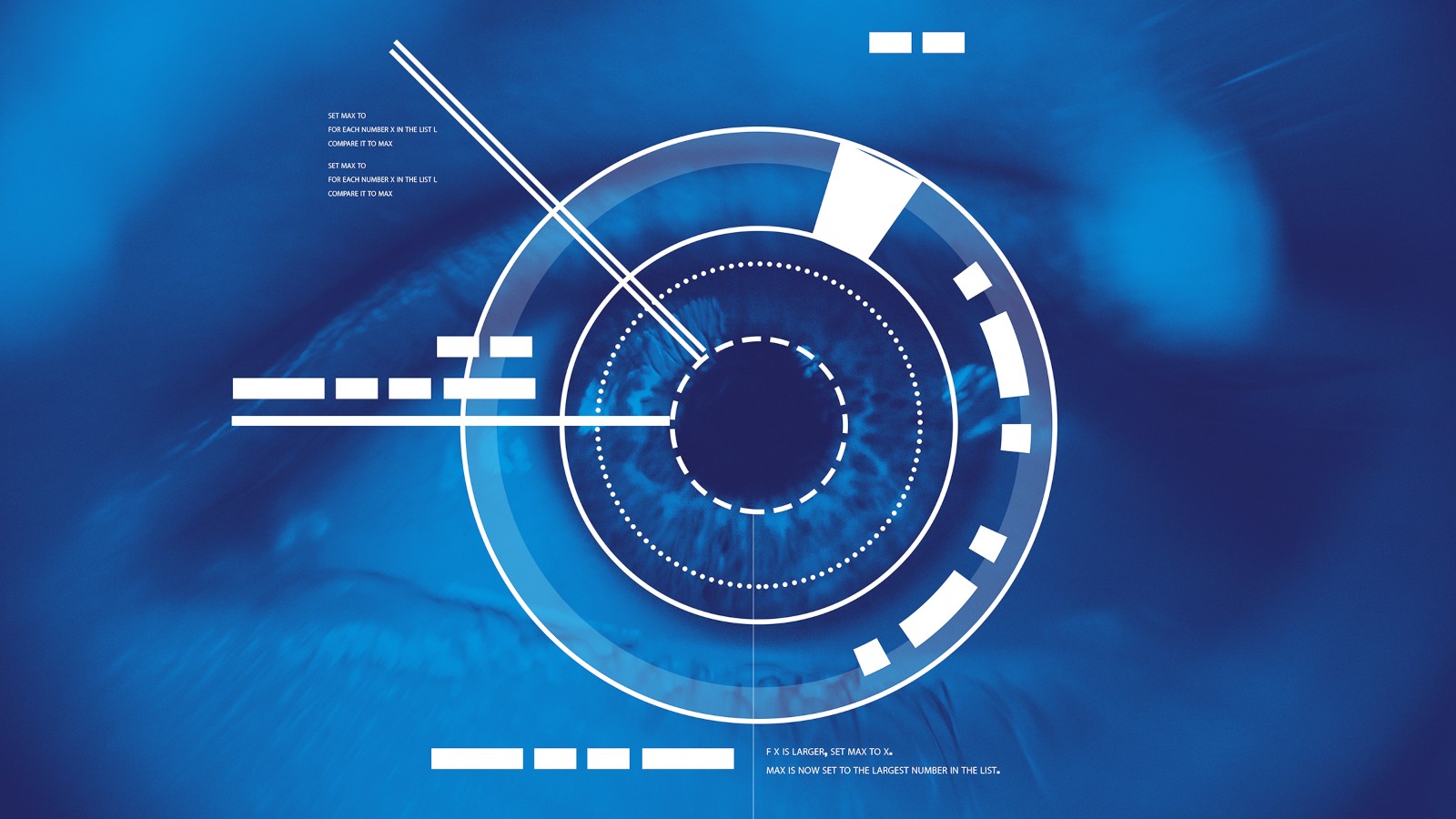 AEYE Health can do a retinal scan using any type of camera. Photo: courtesy

The software uses artificial intelligence and neural networks to compare the images from a patient’s eye scan with AEYE Health’s online database of healthy and diseased eye images.

“We can train statistical models to discriminate between the two groups,” Zack Dvey-Aharon, the company’s CEO, tells ISRAEL21c. Once the models are up and running, “you just need to activate them. They’re already trained to make a fast call.”

Artificial intelligence in the medical space has generally been used more for decision support than actual diagnosis, but when it comes to ophthalmology, where there is both a shortage of professionals and long wait times for appointments, there is a push toward allowing autonomous AI to do full “diagnostic screening, where the AI makes a medical decision,” Dvey-Aharon says.

Only if the retina scan is flagged as worrisome would you be referred to an eye specialist.

Opening the door to diagnosis

Software algorithms can outperform human ophthalmologists in some areas.

“AI can look at a retinal image and tell the age of a patient,” Dvey-Aharon says, “something even the best doctor can’t do.”

And it can catch hidden problems. “The eye is the only place in the body that, without doing any cutting, gives you a direct view to the blood vessels and nervous system,” Dvey-Aharon says.

“That opens the door to diagnosis of many systemic conditions. You can detect problems like hypertension, cardiovascular issues, different types of cancer, dementia and Alzheimer’s disease.”

The Covid-19 pandemic has only increased the need for technologies like those from AEYE Health. One way the novel coronavirus has been shown to spread is through the eyes, leading some patients to forego a visit to the eye clinic. Might they be more willing to come in for a test through their general practitioner?

AEYE Health’s location in Israel has been a key advantage for the 14-person company, which has its R&D in the heart of Tel Aviv.

“It’s not easy to find top data scientists” in other parts of the world, not to mention finding a group of the real stars in the space, Dvey-Aharon points out. Location and expertise have helped AEYE Health raise $3 million since the company was founded in 2018.

Dvey-Aharon says he isn’t worried by the fact that Google and IBM are crunching data in an effort to make sense of health scans. He sees giant companies more as possible collaborators, pointing out that neither has released a commercial application for retinal scanning.

AEYE Health is currently conducting clinical trials in the United States. The company hopes to receive FDA certification by the end of 2020.

That would enable the company to sell its software to hospitals, which Dvey-Aharon says are the most suitable environments for AEYE Health’s offering, since you’ll find specialists in geriatrics, endocrinology (who deal with diabetes) and ophthalmology under one roof.

While AEYE Health has developed a software solution, the company plans to partner with hardware manufacturers to offer an integrated bundle to potential customers.

In July, AEYE Health announced a new partnership with UMass Health Care in Massachusetts. The partnership is backed by a BIRD Foundation grant just shy of $1 million. 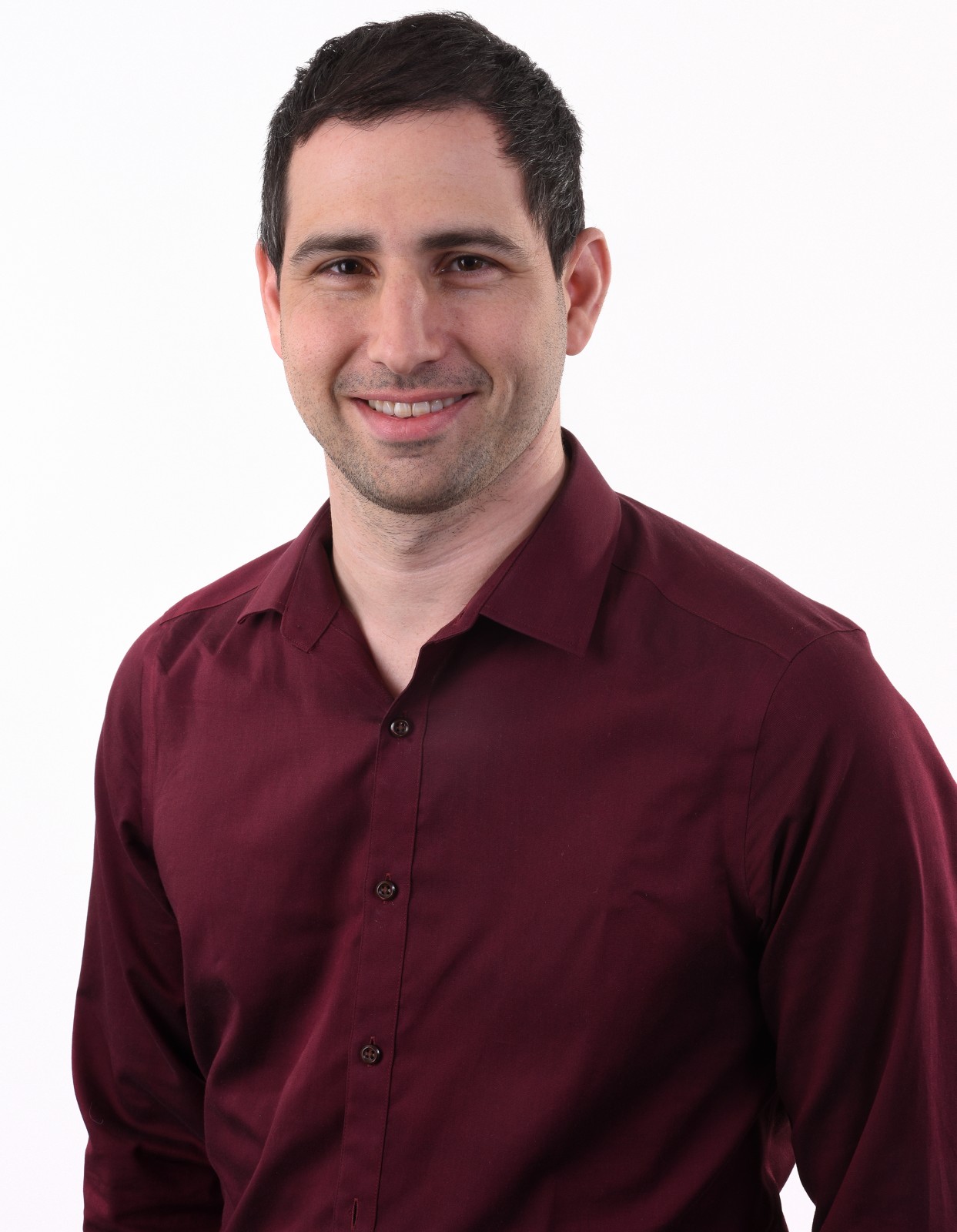 “The idea is to make sure this works for a large hospital setting,” Dvey-Aharon explains.

Dvey-Aharon envisions a subscription model that would make AEYE Health a “one-stop shop,” he says.

AEYE Health is also eyeing underserved countries “where access to ophthalmologists is very limited,” Dvey-Aharon adds. “Saving people from blindness is important anywhere. And screening is the most important phase.”

He explains that the brain “does amazing things bypassing local problems, so that by the time people don’t see well, it’s too late to treat.”

Dvey-Aharon, an alumnus of the IDF’s 8200 intelligence unit, has a PhD in machine learning. He founded AEYE Health with Danny Margalit, the former founding partner of Aladdin Knowledge Systems, where for 24 years he was the company’s CTO.

Ready to scan your retina the fast and easy way? AEYE Health hopes to begin sales in 2021. For more information, click here.