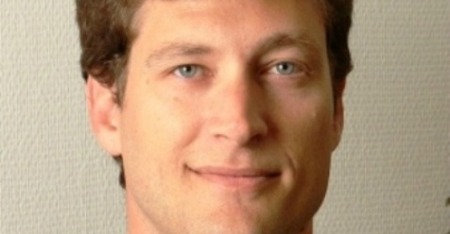 A relatively short clinical trial in Canada in 2012 is expected to speed along the process for potential approval of a new once-daily medication for the nausea and vomiting that’s often a side effect of chemotherapy and radiation therapy for cancer.

The compound, for now dubbed RHB-102, was acquired by Israel’s RedHill Biopharma after its initial development by SCOLR Pharma in Washington State. It’s one of six patent-protected pipeline drugs that RedHill, founded in 2009, is developing with the hope of getting them onto pharmacy shelves.

Cancer patients would undoubtedly welcome this alternative, since the existing medication for this purpose must be taken several times per day.

“When you are feeling nauseous, you don’t want to have to take additional pills with water throughout the day,” says Gilead Raday, vice president of the Tel Aviv-based company and project manager for RHB-102. “We are working towards being first-to-market with this particular drug.”

Volunteers are expected to help test RHB-102’s relative performance in the clinical trial, scheduled to take place in cooperation with Quebec’s Algorithme Pharma clinical research organization. The trial is designed to meet standards of both Canada Health and the US Food & Drug Administration.

The stakes are high, since the worldwide market for the RHB-102 family of drugs, called serotonin receptor inhibitors, is estimated at $1 billion.

Reducing the number of doses is one of the ways pharmaceutical companies try to improve on existing products. One example is Concerta, Janssen Pharmaceuticals’ once-daily version of Novartis’ Ritalin, a widely used prescription drug for attention deficit disorder.

Raday explains to ISRAEL21c that RedHill focuses on development of novel drug formulations and on combinations of existing drugs for new indications.

“Our business model is based on licensing patent-protected drugs at a relatively late stage of development from other companies and continuing development toward registration,” says Raday.

RedHill licensed its current six candidates from American, Danish, Canadian and Australian developers. In addition to RHB-102, they include a once-daily formulation of a leading congestive heart failure and high blood pressure drug; an oral thin-film formulation of a leading treatment for acute migraine; a combination therapy for the treatment of an infection associated with Crohn’s disease; a combination therapy for treating H.pylori infection resistant to current standards of care; and a novel encapsulated bowel cleansing preparation.

Why would the early developers agree to license their inventions to an Israeli company?

“Our advantage is that we are a global company incorporated and headquartered in Israel,” says Raday. Israel’s business culture and central position on the map “allows us to do things globally even as a relatively small enterprise,” he adds.

RedHill Biopharma has 15 team members and is publicly traded on the Tel Aviv Stock Exchange. It raised a total of $26 million at its inception in several rounds — $12 million when it was privately held and another $14 million on the oversubscribed IPO in February of last year. Its investor base includes prominent pharma executives and investors from North America, Europe and Israel.

Directors of the company include Dan Suesskind, former CFO of Teva Pharmaceuticals and Dr. Shmuel Cabilly, a prominent scientist with a track record of inventions in the pharmaceutical industry.

UNCOVER ISRAEL - Get the ISRAEL21c
Weekly Edition free by email
Sign Up Now!
Bring Israel's story to life.
Millions of people around the world rely on us to gain a deeper understanding of Israel. We are the trusted source for original content you won't find anywhere else.
You can make a difference. Donate today to support journalism that brings Israel’s story alive.
SUPPORT ISRAEL21c
Read more on:   Health, Biotech, medicine, Cancer Treatment