Shula Knafo cooking up something heavenly. Photo by Or Alexenburg

In its early days, the location of the Negev Desert city of Yeruham was described as “at the end of the world to the left.” Its first pioneers were Rumanian Holocaust survivors.

Yeruham (also spelled Yeroham) also absorbed some of the 1.5 million Jews who fled from Middle East and North African countries following Israel’s establishment in 1948, tripling its population in the 1950s.

Today with its first woman mayor, Tal Ohana, this periphery city is keen to put itself on the tourism map of the Negev.

And the Culinary Queens home hospitality project is a unique way to experience the wide variety of cultural heritages present in the desert town.

It’s a project of the nonprofit organization Atid BaMidbar (Future in the Desert) that provides a platform for empowering women—many of them immigrants or children of immigrants from Arab countries—to run home-based tourism businesses using their culinary skills.

Atid BaMidbar was cofounded 18 years ago by Debbie Golan, who several years after moving to Israel from Chicago decided to raise her family in Yeruham in 1987.

“This experience gives people a taste, both physically and emotionally, of the culinary richness which exists in Yeruham,” said Golan. “And it also gives the women of Yeruham a stage.”

The table in Shula Knafo’s enclosed patio is set with Moroccan-themed plates, several servings of dishes filled with six different salads, and a basket of freshly baked rolls when our visiting group comes in hungry for lunch. She welcomes us like family and urges us to sit down to eat. Knafo and her two daughters busy themselves making sure we are all settled and have food on our plates.

The tour de force of the meal, without a doubt, were the sfinge Moroccan donuts piping hot from the oil and sprinkled liberally with powdered sugar—a real treat as these are normally eaten on Hanukkah (hence the frying in oil!). 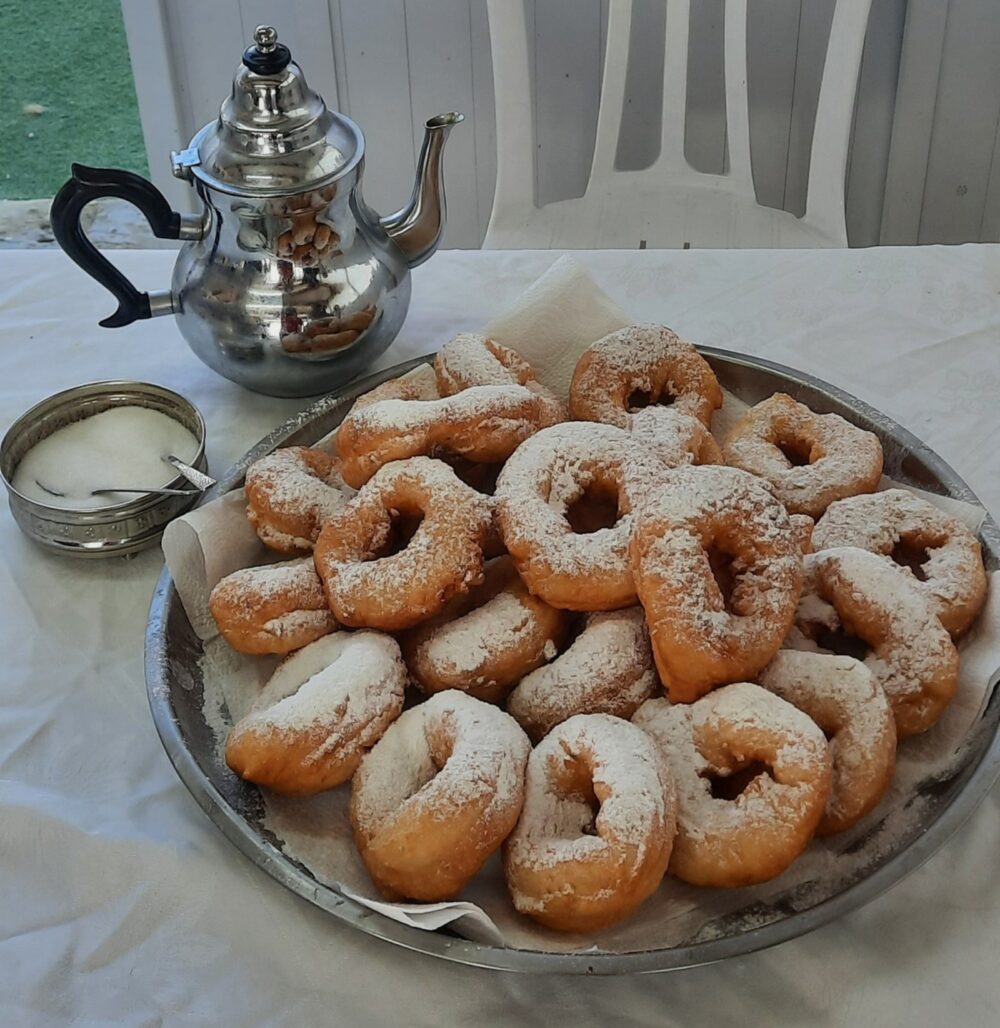 Knafo said she loves to host all groups and looks forward to their return now that pandemic rules have eased.

But her hands-down favorite are young adults coming with the Birthright program because once the meal is over, the table and chairs are pushed back, the music cranked up and the dance party begins.

Knafo tells us how she immigrated with her parents and grandmother from Casablanca as a six-year-old girl. The family had 10 children and she married young to escape the male-dominated restraints her father imposed.

She talks frankly about her difficult marriage and proudly about her children: about one son who is a commander of an elite IDF unit, about another son who is a diplomat, about her victory in getting proper treatment for her child with special needs who today has a full-time job at a supermarket.

And, of course, about her grandchildren. 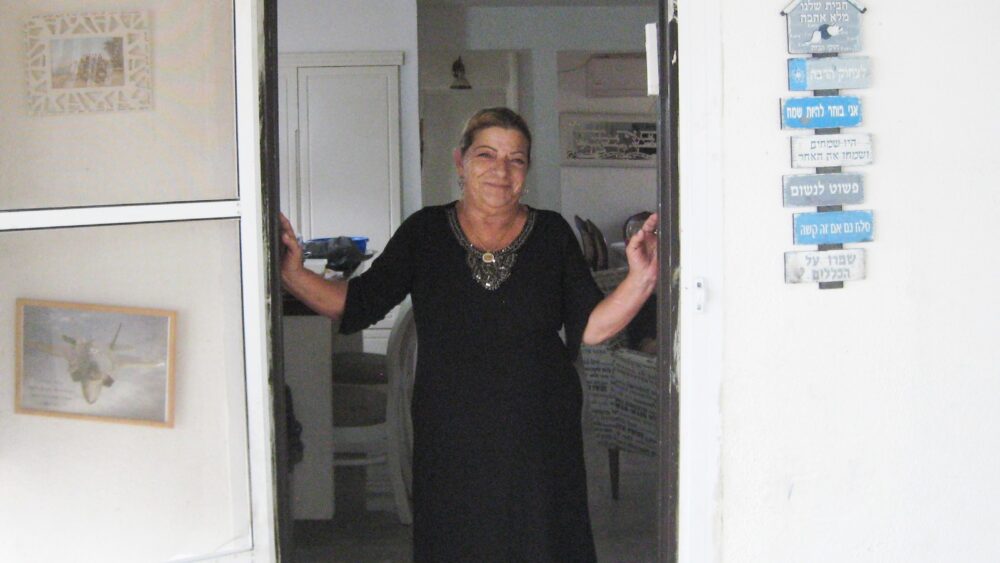 Shula Knafo at the entrance to her Yeruham house. Photo by Or Alexenburg

When her husband died, she was left without any savings or pension, having worked for most of her life as a housecleaner. It was then that she was recruited for the Culinary Queens, and slowly she began reestablishing herself, she said.

She got her driver’s license, enlarged her patio and took a course in entrepreneurship.

But she didn’t stop there. When she could stand on her own two feet she established an organization which every year organizes a culinary charity event and with the proceeds takes children and families in the welfare system to an attraction or site they otherwise would never get to visit.

Knafo also organizes a Purim costume sale for the community so everyone can buy a costume for a symbolic price and no one needs to feel stigmatized.

“I got help when I needed it, and now I am giving back,” she said.

For more information on Culinary Queens in Yeruham, click here.

UNCOVER ISRAEL - Get the ISRAEL21c
Weekly Edition free by email
Sign Up Now!
Bring Israel's story to life.
Millions of people around the world rely on us to gain a deeper understanding of Israel. We are the trusted source for original content you won't find anywhere else.
You can make a difference. Donate today to support journalism that brings Israel’s story alive.
SUPPORT ISRAEL21c
Read more on:   Social Action, Travel, People, women entrepreneurs, Negev Desert, Israeli cuisine, Culinary Queens